This week got some art progress on the final art for the initial outdoors area of the game!

An overall look on everything our artist worked on so far!

Our artist tried to work on some varied sprites that can be used when building the final scene in unity, to start of, he worked on some very simple rock tiles with a bit of grass, also on that side he worked on a bridge and also some stones that will be used depending on which world we are building, since we have a bridge it made sense to have some water and for that reason he made a small bit, which the team thinks it came out pretty cool, the game will have a Japanese look and because of that our artist worked on the traditional Tori that couldn't be missing on the game, aside from all that our artist also spent some time working on some vegetation, including some trees and some bamboo sprites. 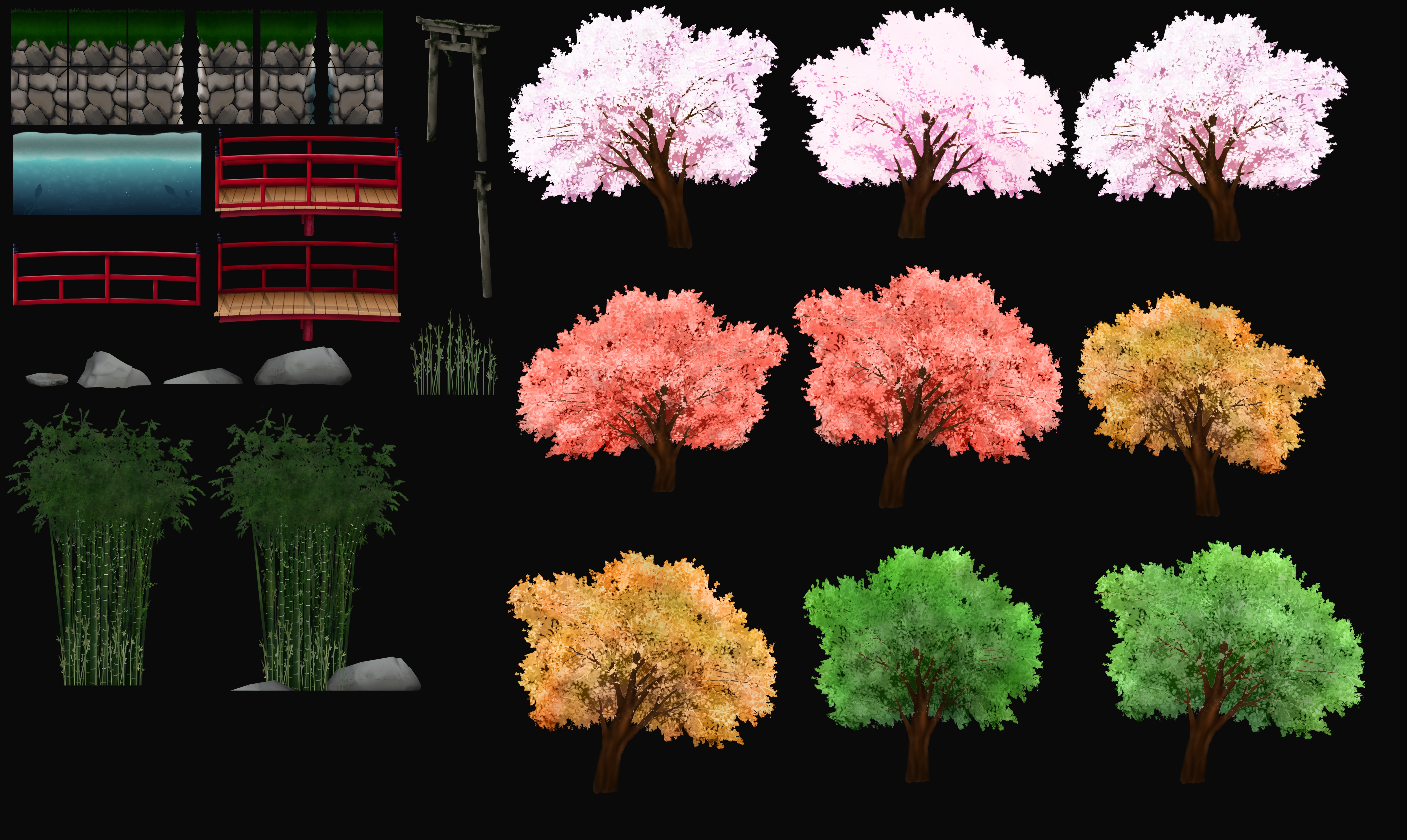 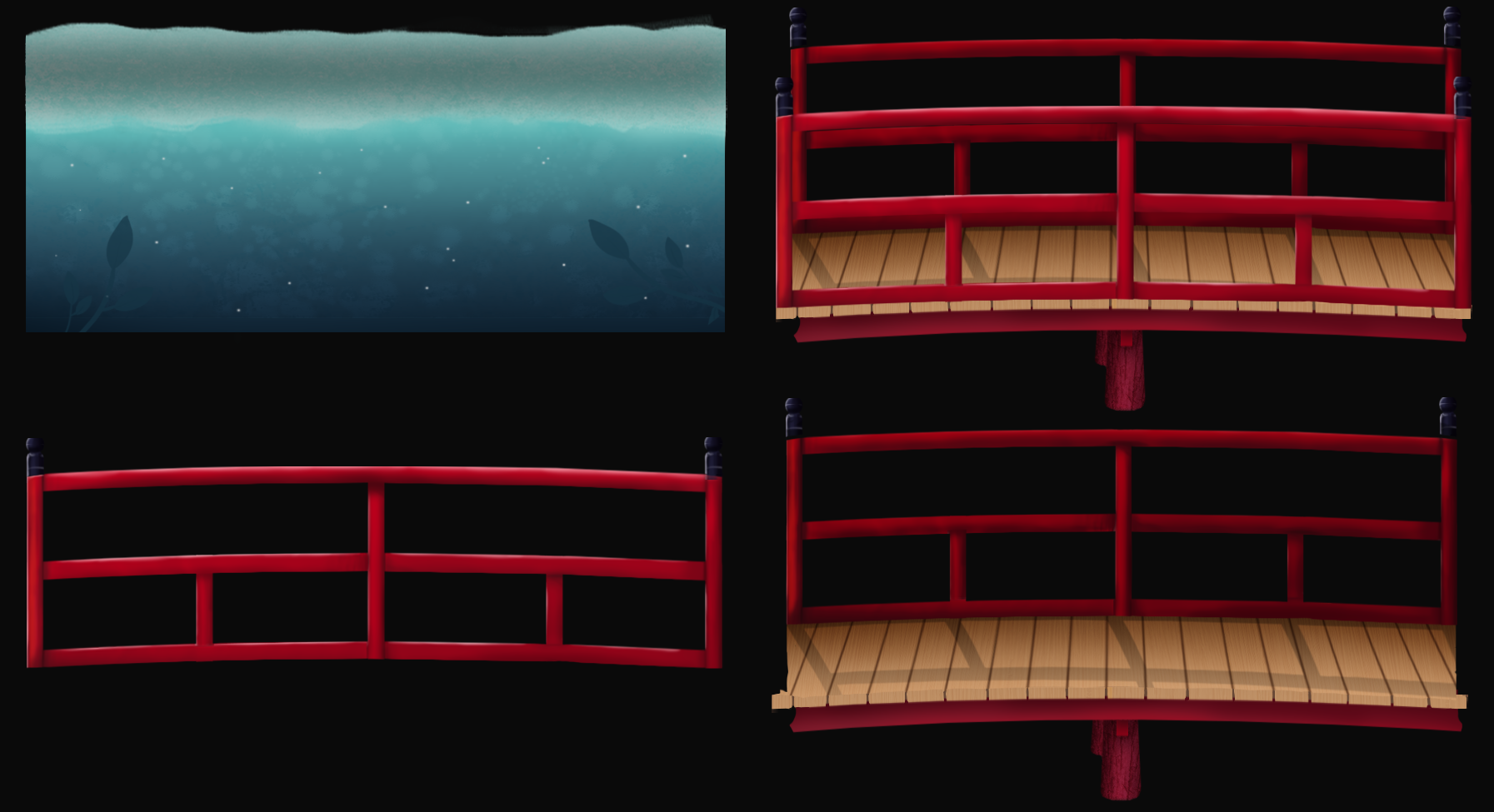 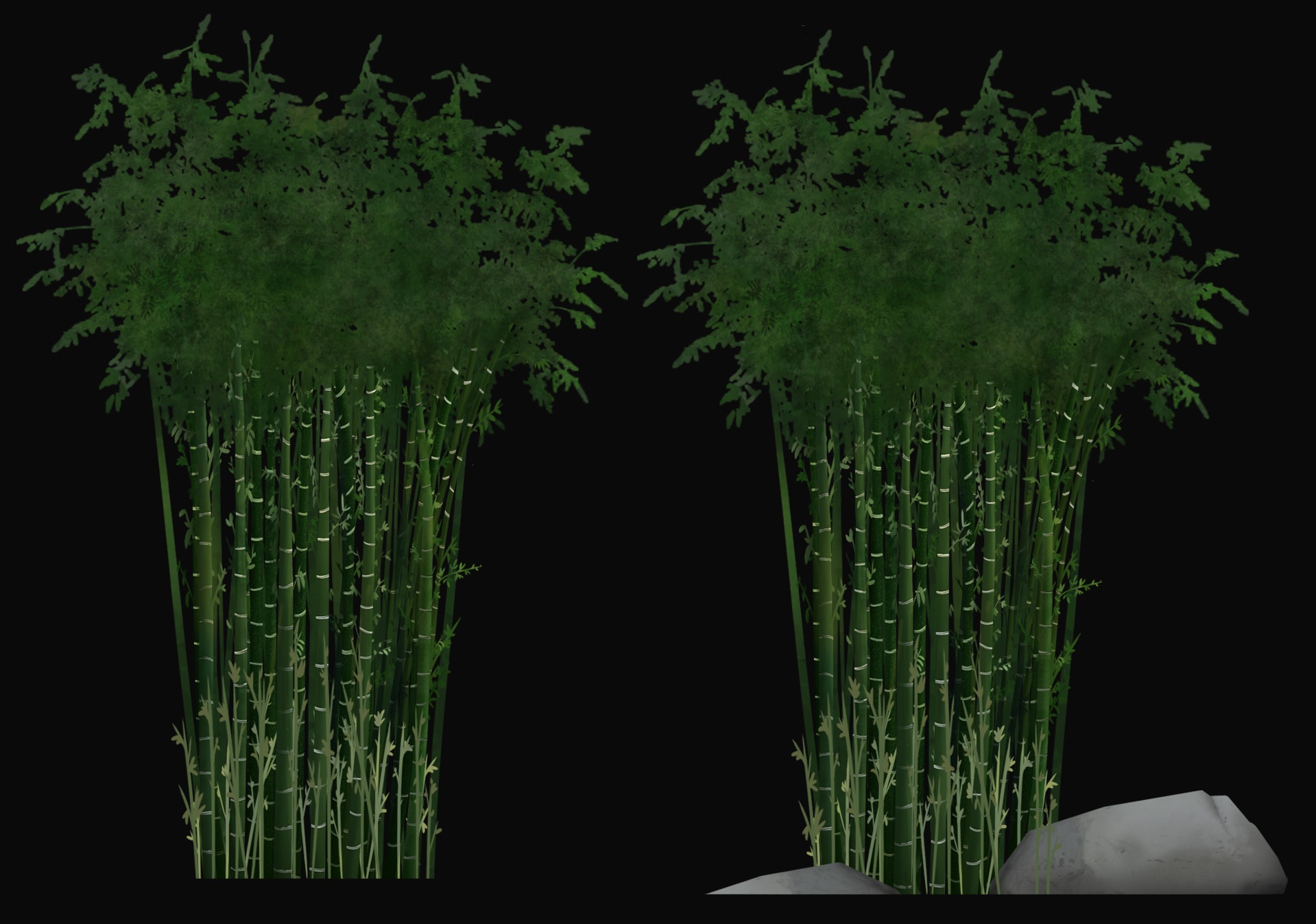 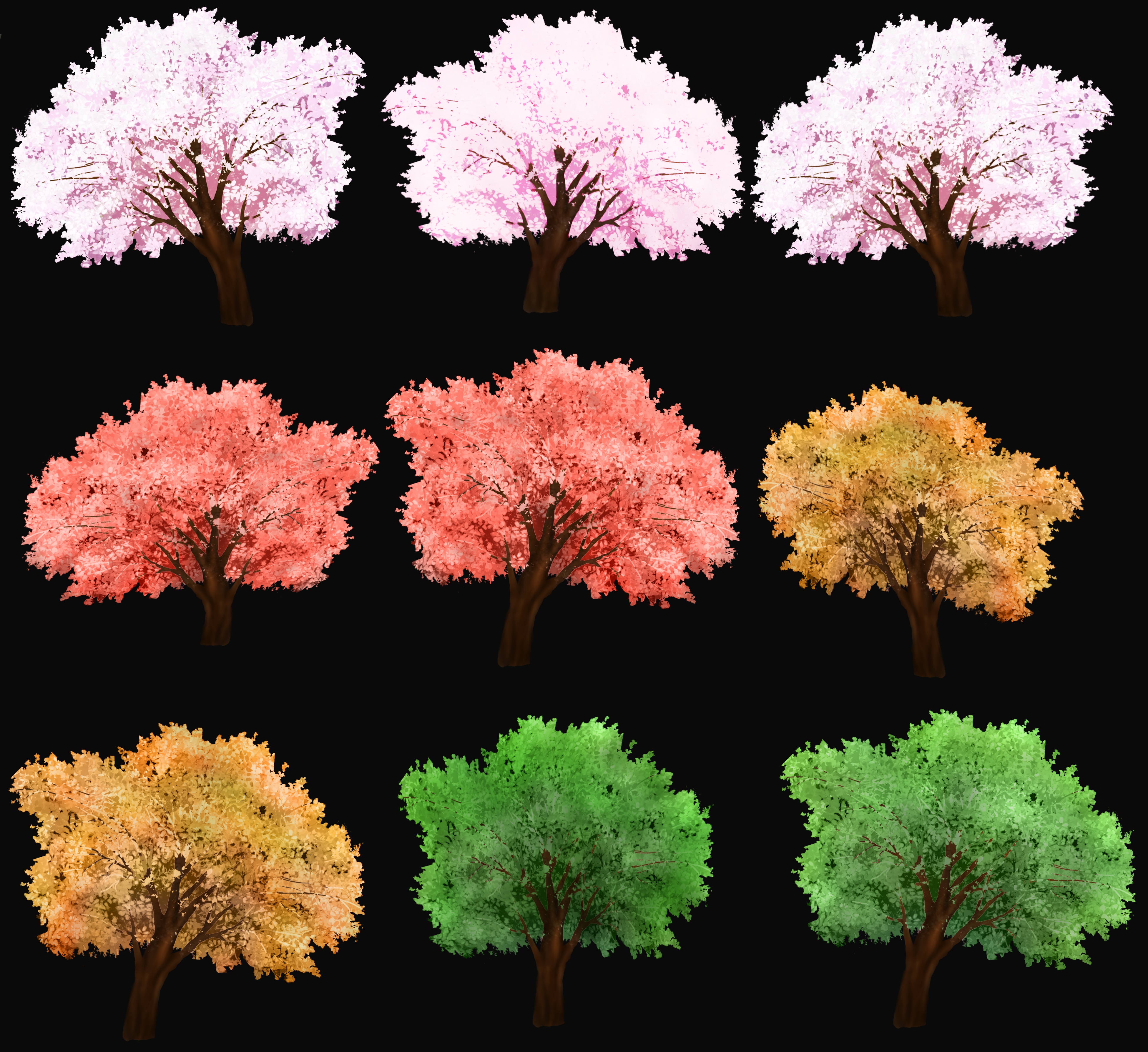