Dev diary talking about present and future progress in the mod, focused around pop works and space exploration.

It's been a month since the last version (and diary!) which took some time due to personal and work issues, and there was good progress made in a key area of the mod that underpins the rest of it: updated pop numbers for the year 1980. While these are roughly the final numbers, these are by no means set in stone, especially with the planned changes to the world's economy.

Also, please ignore Texas and Cali. For some reason the game crashes every time that I try to change the pops there, so these require a more thorough review, and perhaps a rework of their wars/situation. 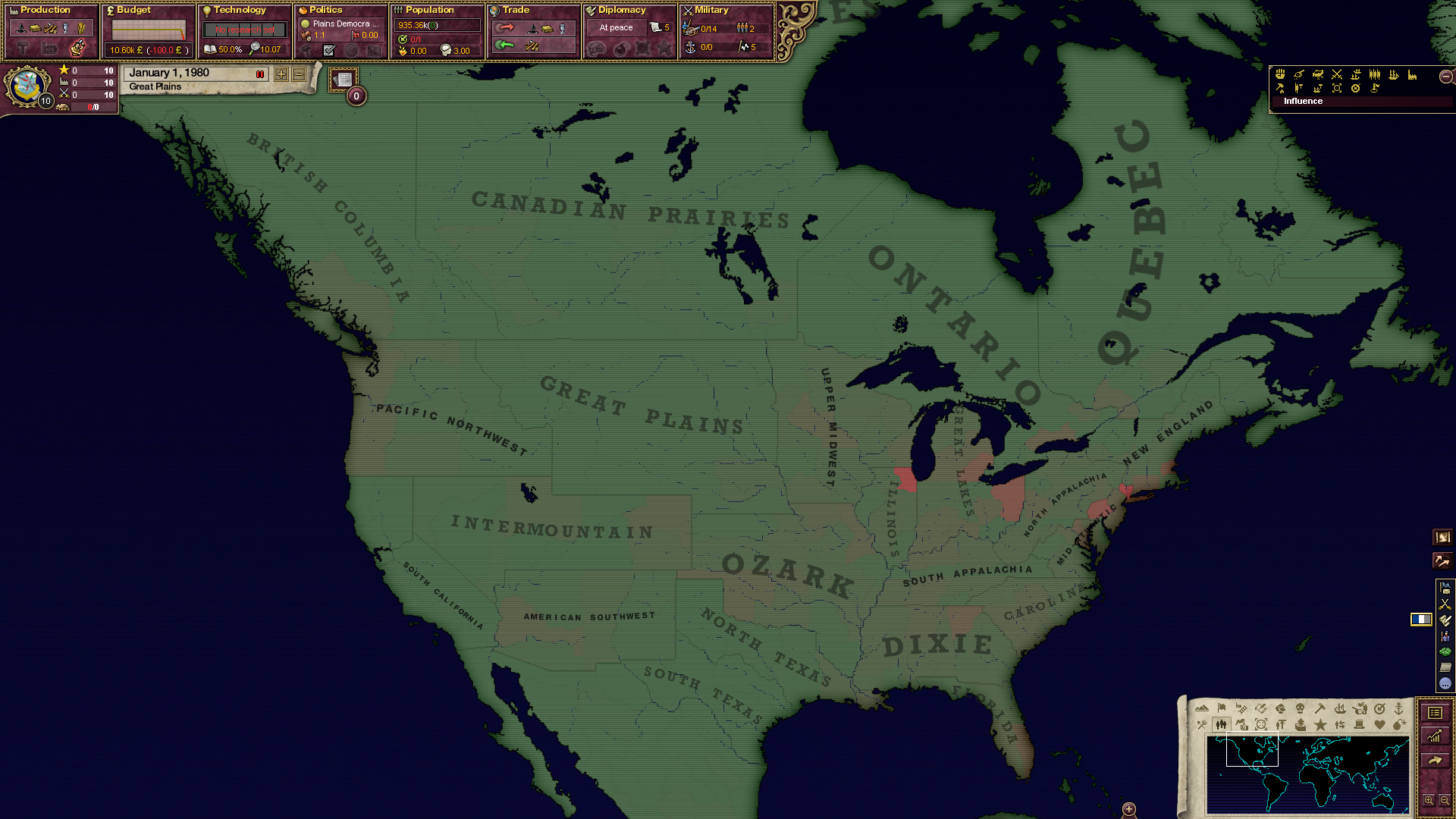 The "final" pop distributions of continental US and Canada, except for Cali and Texas.

There has been progress in another area: space exploration!

Throughout the 20th Century, space exploration has been tied with military science: if you can put a satellite in orbit, you can drop a bomb anywhere in the world. Ultimately, however, the scientific, cultural, political and social benefits of space exploration go further than the military objectives, and it can become a beacon of knowledge, a rallying force for the nation, or a powerful diplomatic tool. This is (mostly) contained within the Astronautics branch of the Navy & Aerospace field. 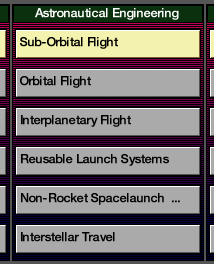 The Astronautical Engineering techs from the Naval & Aerospace branch (1980-2100)

The first three techs in the branch are all available straight from the start in 1980 (with reusable launch systems shortly thereafter, in 1990) although to be able to kick-start a space program, from experimental rockets to manned flights can take decades, and it pays off to start early, and start running: the first country to put a man on the Moon gets a page the history books; the fifth one gets a footnote.

The first tech, and one that is both relevant for the peaceful exploration of space and military opportunities on the ground, is the development of sub-orbital launch vehicles:

Researching launch systems and spacecraft technologies is necessary, but not sufficient, to reach space. Soon after researching Sub-Orbital flight, you will get a prompt to consider the creation of a Space Agency, and can choose to leave them in private hands, provide generous funding for space programs, and everything in between. Better funding leads to greater benefits and a faster development, but costs can become prohibitive at higher levels, and they have a greater effect on people's consciousness: it not only compels people to think about the heavens and about the fragile life on this pale blue dot, but also why are we spending so much money on funds that could be better used in our population?

Eventually, you will start the progressive ascent towards the sky, starting with small satellites, to animal missions, to human missions, to permanent orbital bases, to manned missions to the Moon, Mars, and beyond, to, perhaps...

Well, that's for a later update.

Each major milestone provides some short-term bonuses to a wide range of fields: research, prestige, consciousness, etc., as well as more permanent effects through the respective inventions. You can also seek to direct its effects a certain way, e.g. getting a larger research boost or a greater boost in party popularity, when presented the option. 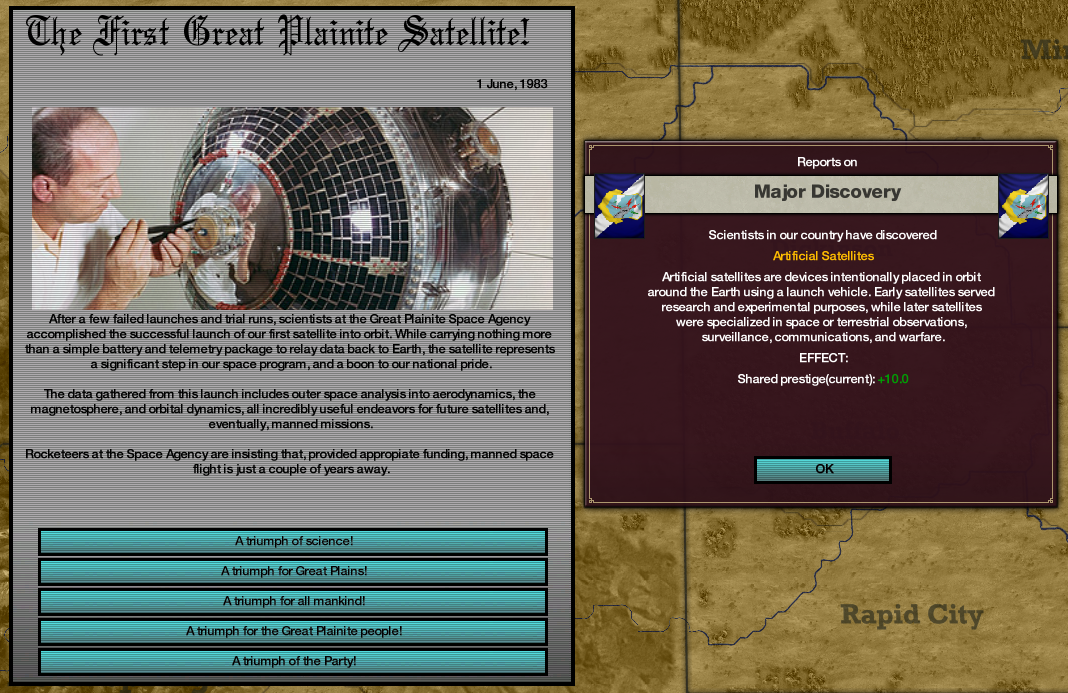 In the short term, I would like to implement launch sites across the world that would be required, the possibility of mission failure, and extend the range of missions to the rest of the technologies, which will be left for future updates.

Version 0.07 is out! By far the biggest change is the "final" pop distribution across North America, although there are many small fixes here and there, a few more localization stuffs, a few more techs, and the beginning of the space stuffs.

For Version 0.08, I aim to expand on the pops: expand the economic model to include more resources, do more graphics work, re-balance states and provinces, and start working south of the Rio Grande. The next update will be quite broad in scope, with small and large upgrades and additions across the board.