Hey everybody, it's been a while since our last developer update on the progress of Catharsis Reborn, so it feels like a good time to bring out another one and get you all up to speed on how things are going, once again we apologise for the long gaps in between updates but we felt that it would be better to wait until we had lots of progress to speak of before getting in touch again, rather than giving out constant routine updates on menial bits of progress. So, that's the introduction out of the way, now for the news:

- Mapping work has taken a backseat for the time being so that we can focus on other key areas, specifically cutscene animation, this will not impact the Demo because as we previously mentioned, all maps that will be used in the Demo have already been completed, while there will be polishing work done across the maps later down the road we felt that mapping could be set aside as most mapping efforts would contribute towards the full game, rather than the Demo, while other areas that affect the Demo need more attention.

- Cutscene animation has progressed well, several new cutscenes have been created and added into the game with countless art assets (characters, backgrounds, etc etc) being put together over the past few months, we only have 2 cutscenes for the Demo left to finish:

- The first is an intro cutscene that plays at the start of the first city map, which covers the Dude's entry into Catharsis after escaping the destruction of the Paradise Dream Bridge and recaps some of the highlights of POSTAL 2, this cutscene is already completed in terms of art assets, the only work left to do is editing which should be a short process, to be completed in the next few days. 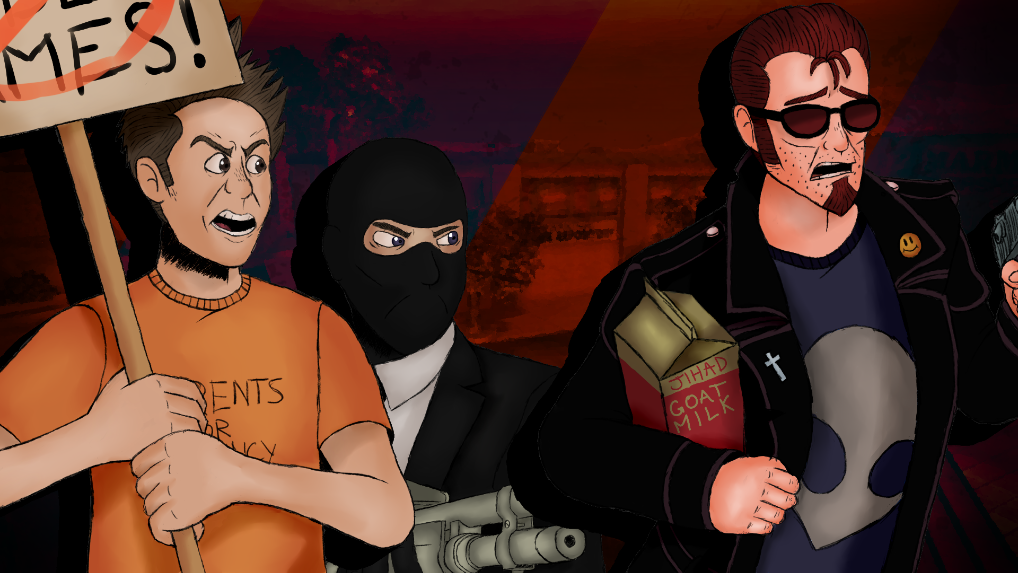 - The second cutscene is the outro to the Demo mission, which depicts the aftermath of the Dude's first crappy temp job in Catharsis, this cutscene still needs both art asset creation and editing, it's a much shorter cutscene than the intro though, so it's expected it won't take too long to finish, this will be worked on in the coming weeks. It's also worth noting that recently we added subtitles to all of the cutscenes, so those who switch on the captions won't just see them for NPC and POSTAL Dude dialogue but also for all our strange story developments as well, now the hard of hearing can learn all about how shit Catharsis city is to live in just like the rest of us!

- With these cutscenes finished the remaining mission scripting work can then be completed, which will be a short process, as a result the bulk of our programming work has shifted towards AI and general bug fixing, most of our AI work has focused on the Police forces where we've been implementing a Wanted System similar to the one featured in POSTAL 2:

- In Postal 3 the Police units on a map would remain hostile after being provoked no matter what but this hostility would not carry over to neighbouring maps, meaning you could easily escape any Police aggression by just moving to another area where that map's Police would ignore you, having some Cops hating your guts forever and others having no interest in you whatsoever, in CR this is no longer the case as your wanted bar carries over across level transitions, meaning that once you are caught committing a crime Police everywhere will know about it and come after you, but you can hide to decrease the bar and once you remain out of sight for long enough the Cops will return to being neutral towards you across all areas.

- We've also worked on ironing out the vendor system, specifically fixing issues where vendors would still attempt to sell you items after leaving their regular spots and where they wouldn't remain in their areas when they were supposed to, along with fixing miscellaneous crashing issues and other weird unexpected problems, we've also implemented various changes (eg. zombies now behave as they did in POSTAL 2, requiring a headshot to kill and spitting out blood as a projectile attack, the Dude's kill lines will now only play when killing an NPC, with a random chance for one to play or not as opposed to P3 where the Dude would randomly say them while attacking, various sounds have been added in places where there weren't any before such as when NPCs perform melee attacks like their shove move) to improve gameplay, there are some other cool new features we've been working as well on that will be revealed at a later stage, most likely in a new trailer video on our YouTube channel. 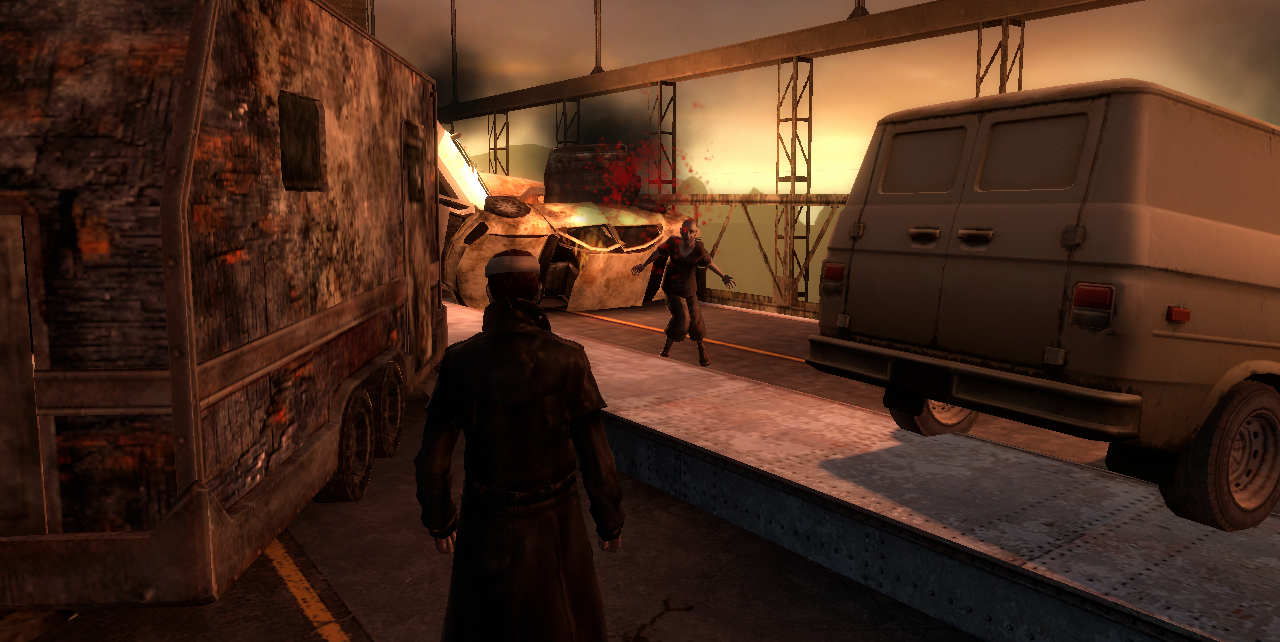 There's still a lot more bug fixing to do and we have a long list of issues to investigate in various areas, but it's safe to say great progress has been made on the programming front, the list of things we've done is getting longer and the list of things to do is getting shorter, bit by bit.

- Other non cutscene related art assets have also received some attention, namely the Cop cars now have new textures implemented to give them a different style compared to retail Postal 3: 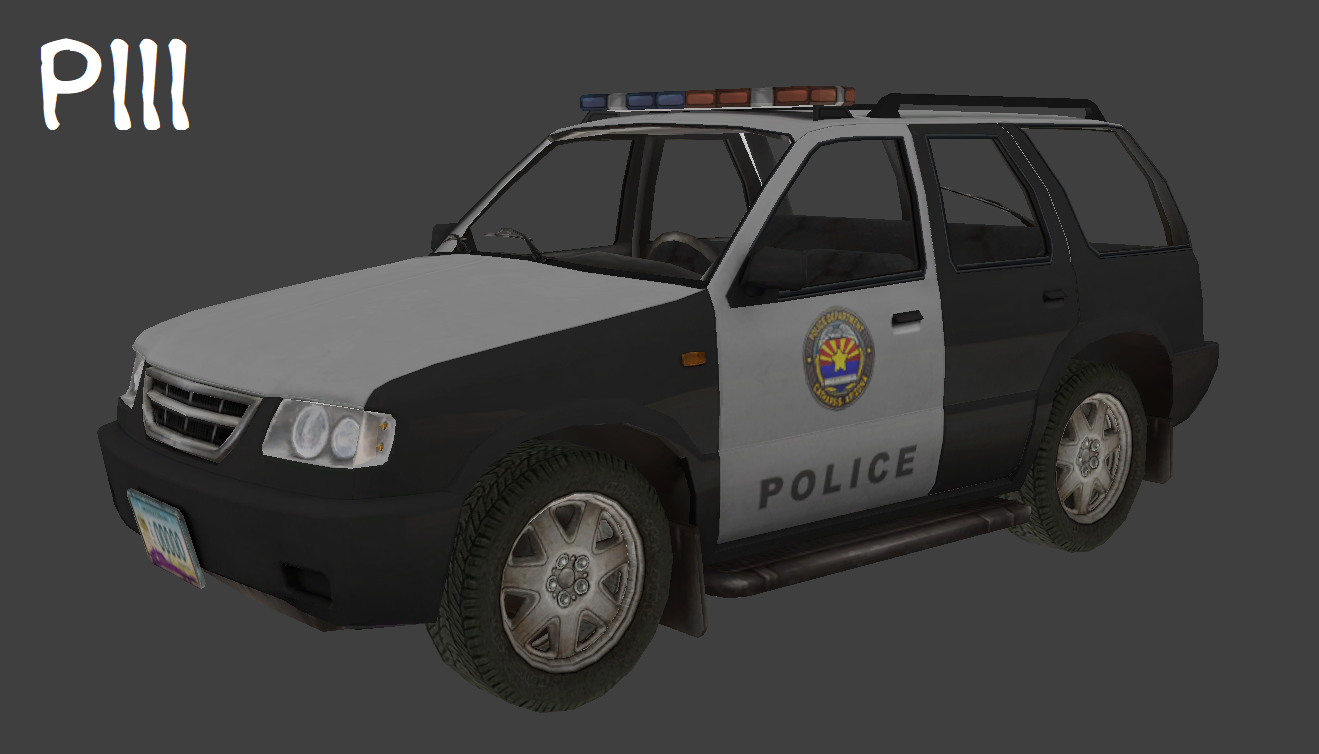 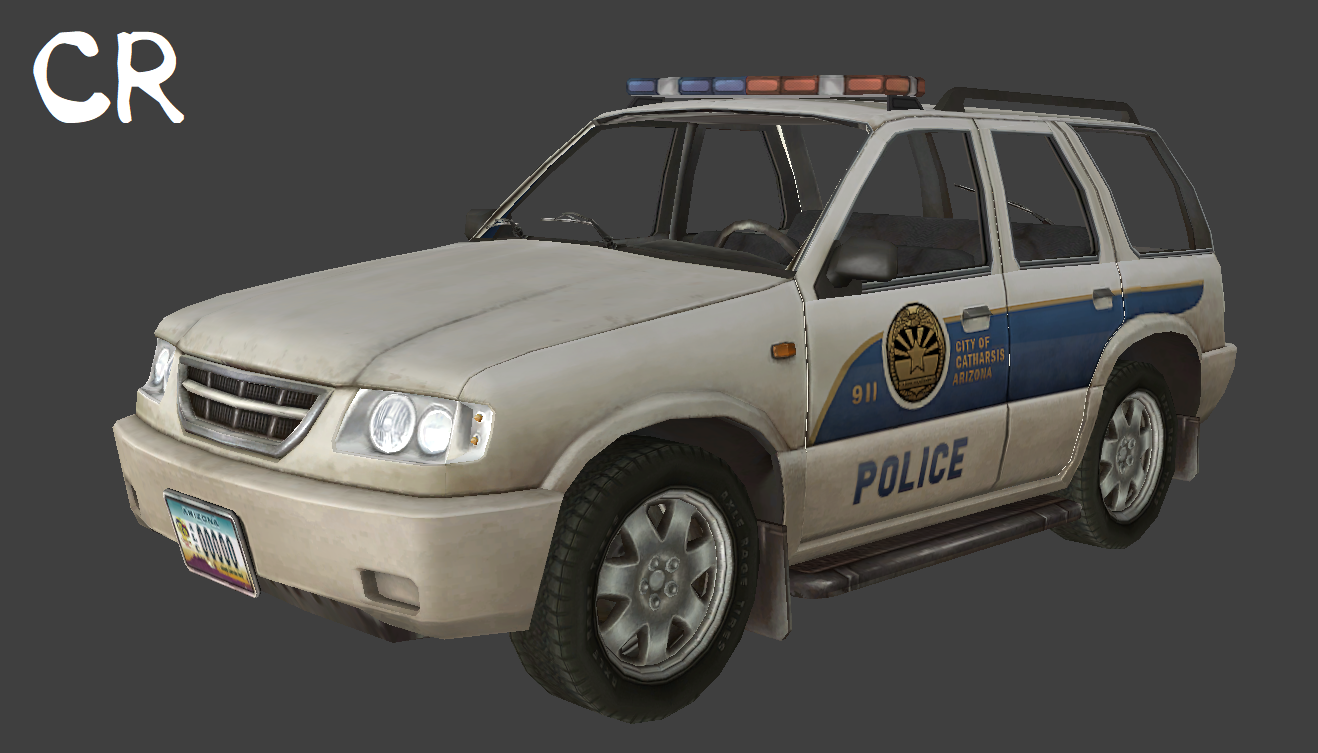 We're also planning to create new textures for the Zombies to make them more visually interesting, as the Zombies in Postal 3 had very bland designs that lacked much in the way of variation, there will be more texture work and other art related changes worked on soon, but this is something that will likely receive more of a focus after the cutscene art is sorted out.

So, that's a bunch of the stuff we've been working on in the time since we last put out a devblog, hopefully it made for an interesting showcase! We're looking to put out some more content soon enough, hopefully a new trailer showing new stuff in action rather than just in writing, but that'll come later when we have time to stop, take a breath and edit a video together, for now we want to get as much work done as we can since we know you've been watching our project for a long time and are keen to get your hands on something to play, we want to give you that too, so we're doing our best to get this Demo out.

And for those interested in hearing more from us, don't wait around on ModDB for us to push out another one of these big update posts, remember that you can come chat with us and ask about our work on the mod at our Discord server or by getting in touch with us on Twitter, thanks again for your continued support and interest in our project!

It is very interestingly written.

Very nice news! Keep it up!