The Contra saga continues as we bring you a new update.

it's been a long time since our last update, which was release of 008 FINAL version.

I hope you guys enjoy playing this great mod as much as we do. We have been playing many online games, we watched many walkthrough videos on YouTube and we are happy that people are so much interested in Contra. Because of all that, and because of all ideas we still have, we continued our work.

So, let's put it in some order. Let's start with USA.

- Many people were sad that we could not fix bugs which appeared with Web Defense System, we were sad because of that too. But, we found a way to use this great weapon, slightly changed. So, we present you Super Weapon general's Ion Tower defense. 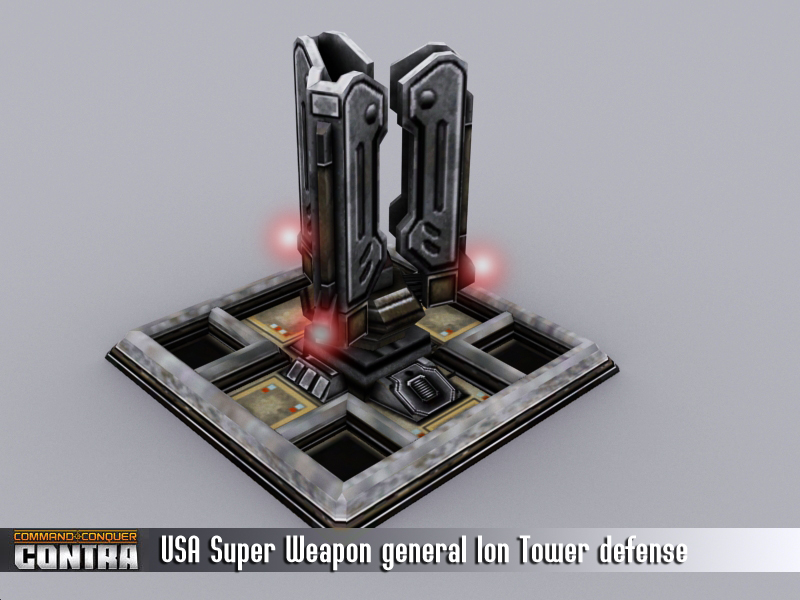 Ion Tower defense will replace Fire Base artillery, so it is available at rank 1. It consumes power, can be garrisoned by 4 infantry units. It is a very precise artillery structure, effective vs all ground units.

- Next is Grendel defense system for SW general. Yes, you have probably seen this structure somewhere, it was used in Remix mod, and for USA Boss general, but now it's a part of SW general too. SW general's patriots are now changed, they are more effective but also cost more, they don't match up vs ECM tanks. This is where Grendel comes in, it's a very good anti-tank defense system. Does not depend on other defenses and brings good damage vs tanks. 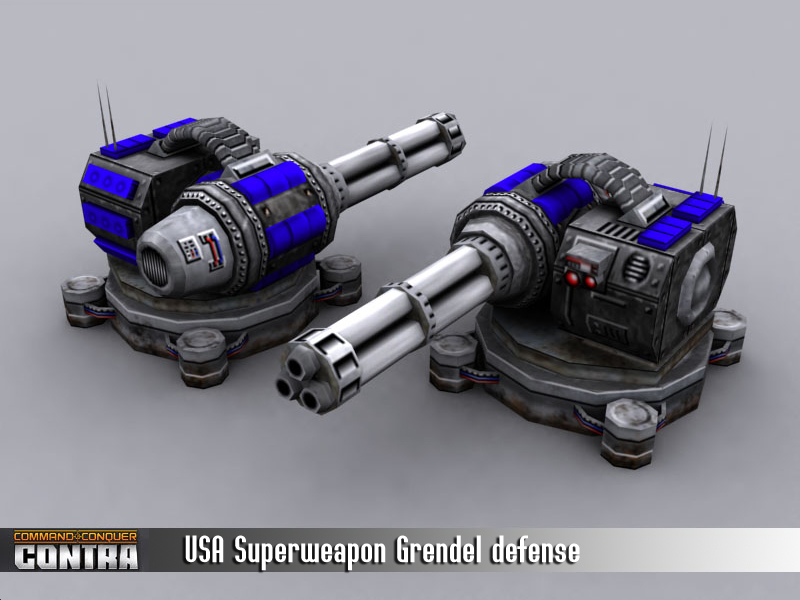 - Let's continue with USA SW. Strategy Centers give you weapons if you choose bombardment strategy, right!? Before it was a boring artillery cannon for all USA generals. Not anymore, now they are unique and effective in their own ways. USA SW general has Ion Tower. 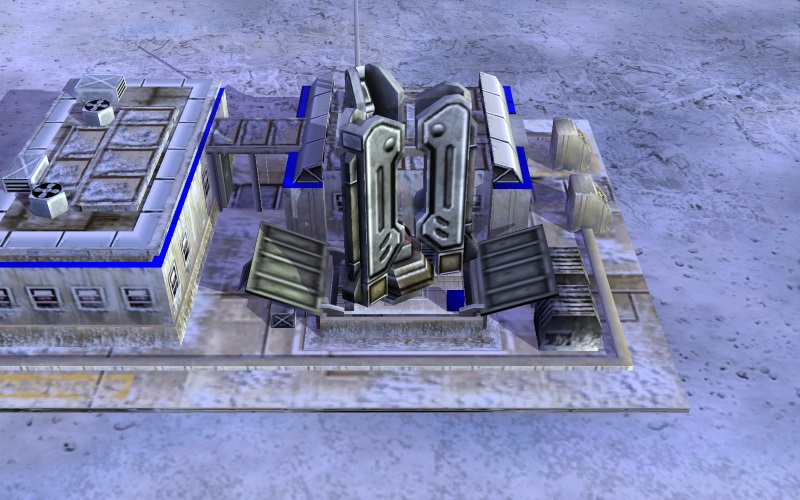 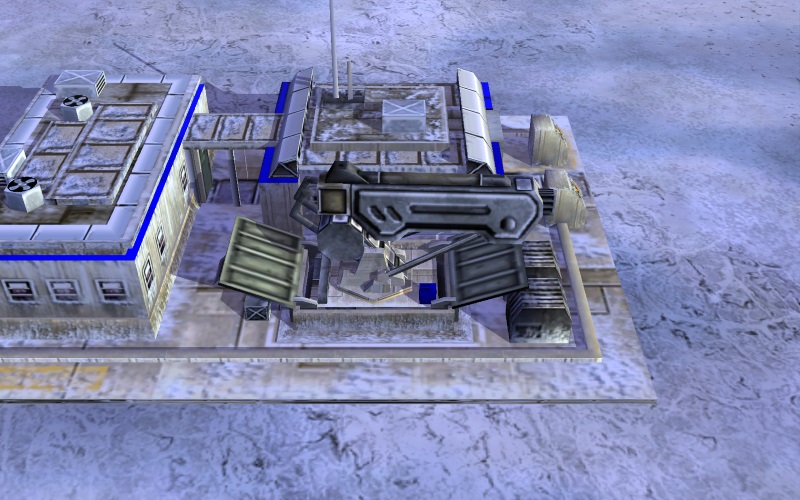 - Laser general also has one good improvement. Colonel Burton now has a light saber instead of his knife attack. This attack is very effective vs tanks. He can kill rank 3 tanks with one blow. Col. Burton is also hidden while performing this attack, so if you see your tanks dying you better bring some scouts with you. 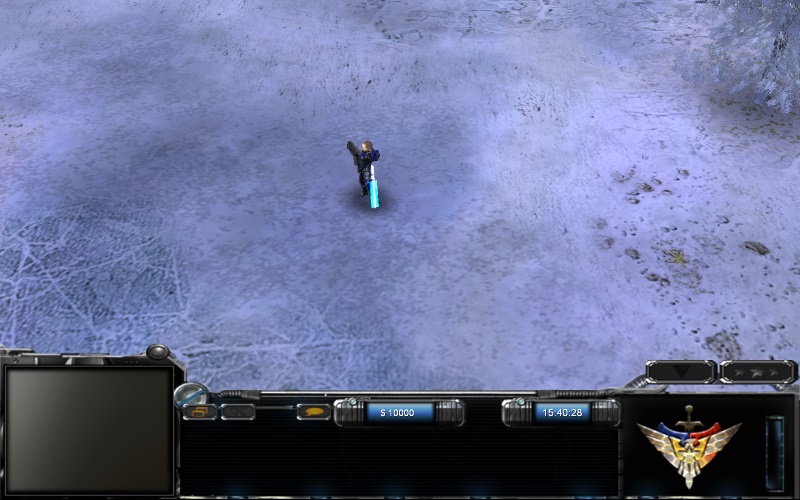 - That's it for USA... China didn't get any new visual candies (for now). But GLA did. This new tank, Marauder T-63, replaces the old Marauder model. New model is the finest of GLA units so far, and this honor is given to Assault general. Not only he is visual changed, he is also changed in his stats. He is more effective vs. tanks and structures now. 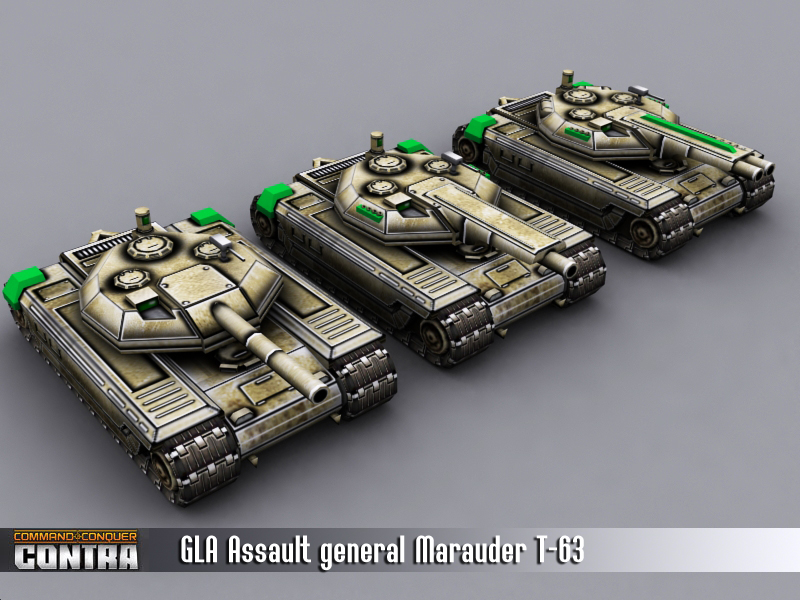 - New Challenge maps are also in progress. You can see, we are working on all aspects of the game. Below is shown challenge versus USA Boss. 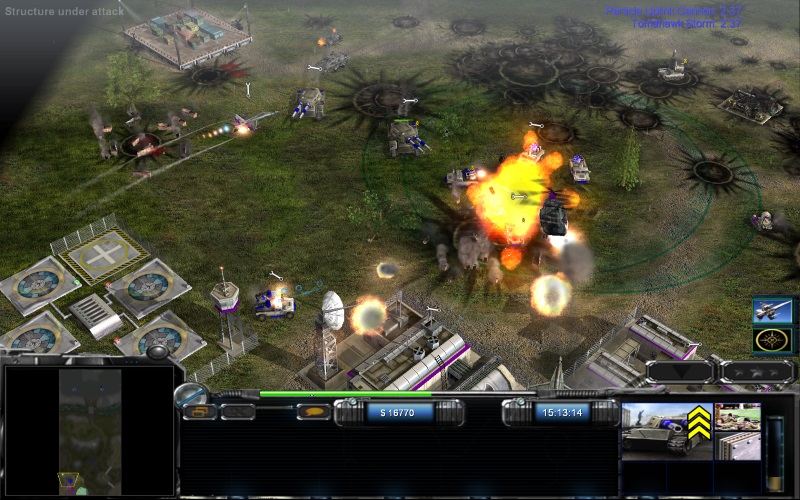 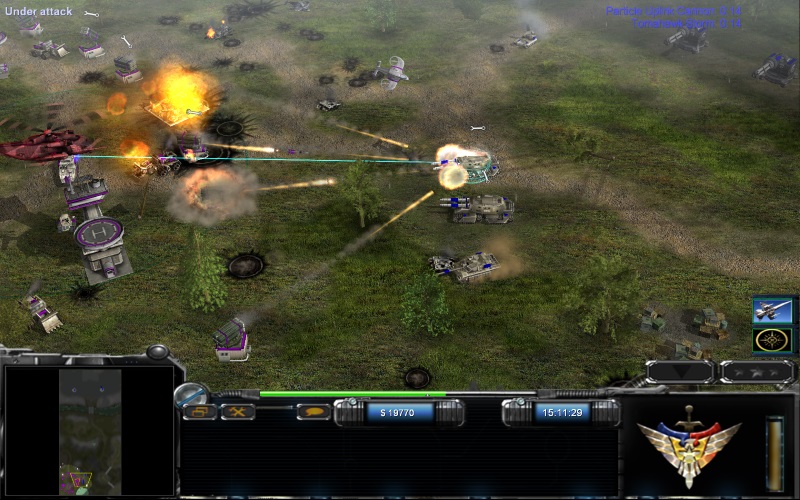 - There are many more changes in balance and bug fixing. We read your comments, test everything and make changes. List of changes is big, and I won't post it right now because it could be changed in the future. Most important change that I can share with you is faster exp gaining. Yes, you heard good. Now you can get rank 5 a lot faster and game is more interesting.

- Last but not least, I would like to point you a few links to people that record and show Contra videos from time to time.

- First one is Generals Gentlemen, track his channel because he is putting streaming videos online from Contra games too: Youtube.com

- Another person posting Contra videos and walkthroughs is Irwe3 Youtube.com , although I can't make a contact with him for further videos.

- And for German fans, there is BurakkiD Youtube.com

Looks promising, I would love to try this!

We are running all needed tests. According to results, we will balance Burton. Currently he has the weakest weapon in game.This feature is quite handy. Because he needs to get close to unit, if you have scout..he cant do anything.

This might be very off topic here, but is there maybe a Tower Defence mode planned with this mod?

I mean, if I remember correctly, there were two mods that made Tower defense in CnC generals. Those mods were abandoned. I would love to see a new mod that can make a new TD mode for command and conquer generals.

Had no idea what are you talking about?

That looks really good :D
but i still have high hopes for proper AI,
don't get me wrong but from the time i found out that the AI was horrible (due to not have AI programmer) i completely stopped playing Contra 008

so, still really looking into this AMAZING Mod :D

Try to ask if SWR productions can help you guys with AI, Maybe you dont need to hire a guy afterwards

Thats exactly my problem too. The mod itself is super good and prob the best generals mod you can find, but the AI is a huge problem.

I dont really play online and just want to play some AI games sometimes, but the AI in this mod is meh. If the AI would work correctly, i would play this mod far more often.

I hope they find a AI programmer to satisfy all the player :D
but this MOD is number 1 of the Best Mods a ever played for Zero hour :D

I'm getting the impression that the long lightsabre is longer than his leg, held like a knife and burns holes in the ground :p

hi contra team.. i really love the final version o08. when are you going to release the 009? i cant wait to have it.. more power..

can you fix those "technical errors" Which i noticed always happening when i use GLA factions?

Hello! I am also bulgarian and i am glad to see that bulgarian member is part from this great project!I am waiting CONTRA 009 and i am huge fan of this project.Can you tell me when is the release? :)

Здравей! When we think we have made enough changes and everything looks polished, there will be a new release.

hi contra team !
a big fan of your work since contra 002 and thats all i played ever since when it comes to generals
my fave general is nuke...yes he is strong in 008 but still i get sometimes problems because there is no defense
at least add a bunker with 2 soldiers or a gattling cannon or anything really
or if u dont add defence...at least just a speaker tower on yan wang ?:D
anyway great work with this project...and keep it up and dont let generals and contra die!

Hello contra team,can you tell us when you will release CONTRA 009 ? We are waiting to play on the greatest mod ever!

An estimated release date is exactly when its done, tested and uploaded on internet. I hope i have helped you.

I am asking,becouse you told us that the release will be on 25 JUN.. thats why we asking and waiting for it,and also we know that the orinigal CONTRA mod can be downloaded from here :)

It was an obvious joke. There is no way to estimate the exact date as we are still implementing new things.

In particular? What exactly "hurts" you about planes?

USA Air Force has many good planes and helicopters. USA Laser and Super Weapon generals have Auroras, which are invulnerable until dropping their payload. This means you will hit your target no matter what (perfect for significant targets). Chinese planes serve a support role. For example, China Tank general has the best tanks in game, so his aircraft is mediocre. It's good enough to catch up fast enemy units to compensate for his slow tanks, but nothing more than that. Planes are not for serious attacks, but for small support attacks (except Air Force general). But helicopters are not weak. A group of Laser Thors is very effective. Also, a Helix with Bunker. But it's recommended to attack areas with low amount of anti-aircraft defenses.

thank you so much for explaining,i got convinced, i think must improve my skills

just got a great ideea for a new nuke general defense :)
a artilerry platform or even a nuke cannon platform
but you need rank 3 to build it and/or propaganda center

Hello, I like this mod. Can I make some propositions or commets about balance here, or in some other place?

Why laser deal minor damage on infantry? Seriously? I think, this kind of weapons effective not only against tanks.