Year 2. The EU is on the verge of blockade. Surrounded by hostile fleets of Turan and Iran, the remainder ships of Europe not used in the Baltic and Artctic are trying hard to breakthrough the Atlantic blockade. ...meanwhile our artists are doing their best in bringing the sci-fi part of RR universe to let you again feel the feeling when you first time played Tiberium Dawn and RA1 campaigns.

Year 2. Current political situation.
The EU is on the verge of blockade. Surrounded by hostile fleets of Turan and Iran, the remainder ships of Europe not used in the Baltic and Artctic are trying hard to breakthrough the Atlantic blockade.

...meanwhile our artists are doing their best in bringing the sci-fi part of RR universe to let you again feel the feeling when you first time played Tiberium Dawn and RA1 campaigns. Or C&C Generals. 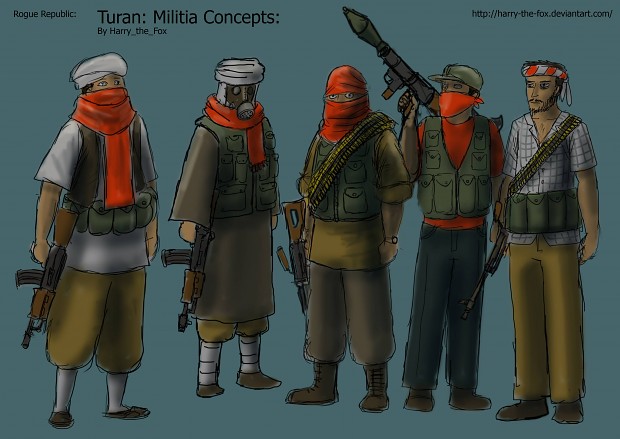 The Turanic başıbozuks (Turkish "Head cuters") are the irregular militias fighting for the interest of Great Turan, mostly originating from poor republics of Central Asia.Başıbozuks were irregular fighters during the Russo-Ottoman wars.

The first time in modern history the başıbozuk division were re-created by the Turkish Prime Minister Karadığan during the conflict with the Meclis.When Karadığan tried to strengthen his power, the Meclis rallied its civilian supporters and loyal military regiments. Karadığan rallied his personal başıbozuk forces and won the conflict, enabling him to achieve unprecented powers in Turkey since the time of Mustafa Kemal.Later başıbozuks became the key fighters against pro-Russian central Asian regimes, enabling Turkey to topple local governments without involving its regular armed forces.

The başıbozuk are loyal and courageous fighters, and although they are underequipped they always fight to the end. Enemy soldiers never risk to surrender to başıbozuk alive, prefering suicide over giving up. 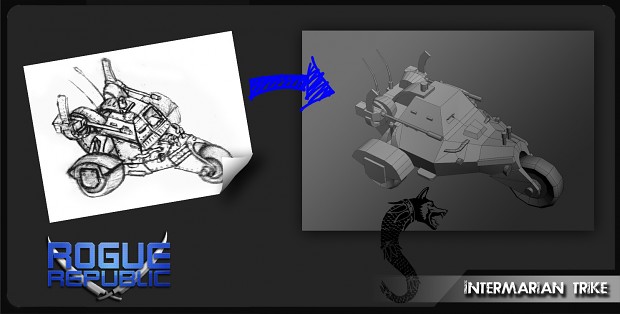 Intermarium Trike is a light, cheap and versatile vehicle which is used by troops loyal to Lukashenko. Initially a makeshift design by governmnet loyalists made to quell pro-EU riots, the idea was found too good and after a number of factorial upgrades reached mass-productions. Intermarian scouts and infantry battalions operate a large number of these robust, but cost-effective vehicles of the Eastern European freedom. 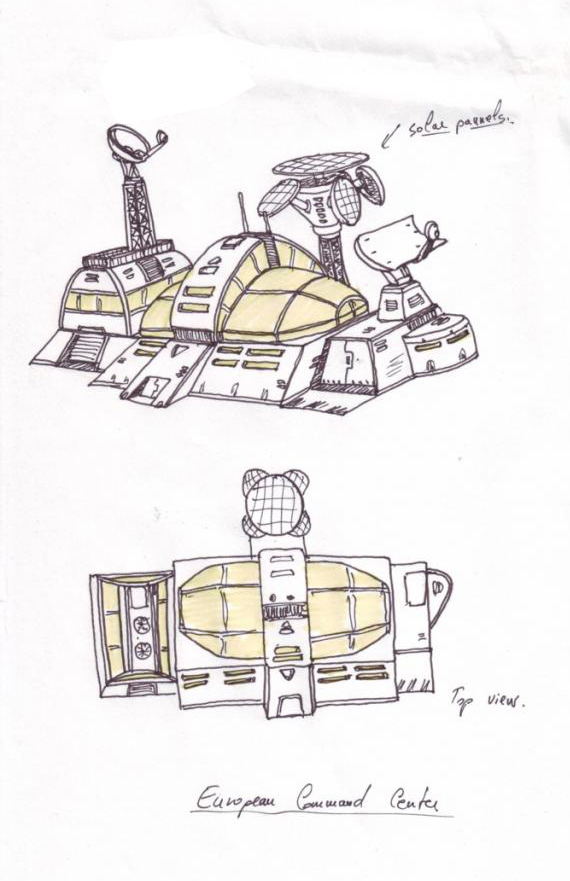 Because of the threat of Russian bombers and Intermarium ballistic missiles, EU command structures are situated far in the depth of European continent surrounded by a chain of SAM defences or on European Colonial Fleet's flagships. 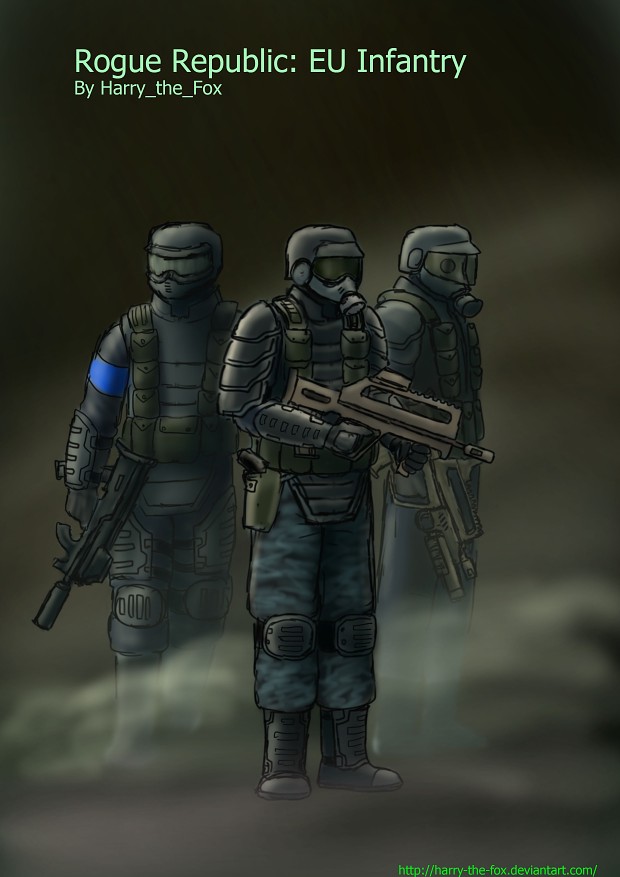 After the withdrawal of US from Eurasia, there is no troop better equipped than the European (except from Japanese on the other tip of the continent). The soldiers from UK, France, Germany, Netherlands and every other EU country up to Estonia are loyal and well-trained, armed with the best weapons Europe can provide them. Many of them have gone through Libya, Yugoslavia, US campaigns and street fighting in Koenigsberg. The soldiers of EU are highly-motivated to put an end to Lukashenko's dictatorial rule or bring true democracy to the vast forests of Siberia.

Using their hi-tech night and thermal vision channels can destroy most enemy infantry while being itself unseen in smoky and dark environment.

That's all for now, folks. Stay tuned, track us and remember never to go drunk in water :D

Did Iran became some short of huge regional power/superpower in this timeline? Cause it would take quite a large navy to challenge EU.

Agreed, as of now they'd har to blockade it with speedboats and ussr castoffs

Correction:British castoffs. All of the major surface combatants of the IRIN are made in Britain. Though they are started making ships on heir own.(5 frigates under construction with a series of destroyer planned to laid down in 2017)

Ilves would appreciate a reply here.

Touché, I'm pretty sure they've got some kilos though. I guess I'm confusing their domestic products for the designs they're based on

3 kilos. All gone though heavy indigenous modification and upgrades.

Still be pretty hard pressed to blockade the eu, even with the us gone. It would take a whole heck of a lot of suspension of disbelief to buy the Iranians coming up with the hardware to fight the best the European navies have to offer and win

Not exactly. With US gone, Russian probably made some deal of a lifetime with them. And Turkey probably got along (Given that they're both hostile to EU). There is also nations like South Africa and Brazil whe were never really hostile to Iran in the first place. And lets not forget Israeli tech as that is probably one of the first nation to fall(There is no way Israel can survive without US backing).

Even with Russian/south African/Israeli support, it would take a lot to buy them defeating the combined eu navies, which have ships like the astute, type 212, and type 42 which are among the very best if not the best of their class.
On a side note, Israel is a lot more capable of defending themselves than you think. At the very least they would leave large sections of Iran as radioactive glass if it did fall.

Did you count all the other Arab nations in your calculation? Beside, Israel mast have a economy first, and they won't going have one without US and EU.

The collective Arab world has in fact tried to destroy Israel before, multiple time in fact. It didn't go so well for them. :)
I agree without US support (Europe hasn't really backed them in a long, long time so they are a non-issue) they will be vulnerable, but they would still be far from helpless.
One more thing on Iran: they are neither Arab nor Sunni, and unlikely to be found leading any kind of coalition against Israel in the Middle East.

without USA as a counterweight, the IRI has swollen into gigantic size, similarly to Turkey

I'm a bit in the dark here, what happened to USA?

Looks like it, or at the very least something similar,

Whatever it is, at first glance it looks like its barrel starts in what looks like a hole in the stock.

Nice this game looks better and better as time goes by.

The Netherlands Geographic with 13 members