While it came as a surprise to many C&C Fans and Mod Watchers, the C&C Tiberian Dawn Redux Development Team needs your help to test the Mod and has released a BETA v1.4 to the public as there is still much left to be done for the Mod!

While it came as a surprise to many C&C Fans and Mod watchers, the C&C Tiberian Dawn Redux Development Team needs your help to test the Mod and has released a BETA v1.4 to the public as there is still much left to be done for the Mod!

SGTMYERS88:
Yes, I know this came as a complete surprise to many, as I have decided at the last minute to release a Public Beta for v1.4 because I have been really busy in my real life responsibilities this past year. When I had the free time I spent it to extensively polish up the Mod in both visual and gameplay aspects and so I released the Beta in its current state as I needed the public's reaction to the Beta v1.4 to help me make the needed adjustments and improvements it may require since most of us are also becoming far too busy with other things in life to devote time to properly test out the Mod.

At this point I have been the single workhorse of this project in the past year which also cuts back on testing time. So I need detailed feedback and concerns from members of the C&C Community who are willing to devote some time and support to test out this Mod more in order to see if I am heading in the right direction with Mod Version 1.4. I have once again pushed back development of the Campaign Missions as I need to get the core mechanics and visual aspects of the Mod squared away once and for all. By releasing this Public Beta I can further adjust things as needed more quickly so I can devote more time in the future for Campaign Mission Development as that has been the most difficult and time consuming aspect with designing and developing this Mod.

If you have seen the quality and accuracy of the existing missions, I think you can surely understand what I mean by this and why it is important to me to get everything working just right as there are only a handful of Mods in the C&C Community that have gone as far as to being a Total Conversion Mod while also creating an extensive singleplayer campaign for an existing C&C game. 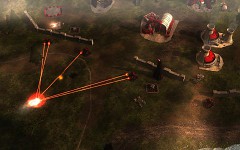 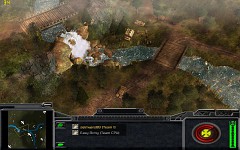 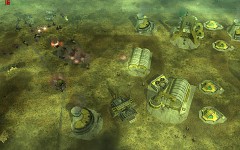 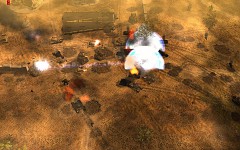 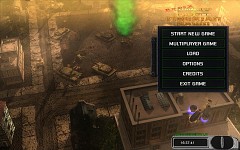 JUST IN CASE YOU HAD MISSED OUT, HERE IS WHAT TIBERIAN DAWN REDUX v1.4 LOOKS LIKE:

Simply extract, copy and paste all the included files into the same installation directory that you installed C&C Generals Zero Hour into.
When you no longer wish to have in the Mod installed, you can just move or delete the respective files.

ALSO MAKE SURE TO MOVE OR DELETE YOUR SCRIPTS FOLDER IN THE ZERO HOUR GAME DATA FOLDER OR THE MOD SKIRMISH AI WILL NOT WORK PROPERLY!
(e.g. C:/Program Files/EA Games/Command & Conquer Generals Zero Hour/Data/Scripts)
THIS WILL NOT BE FOUND IN THE FOLDER LOCATED IN THE "MY DOCUMENTS" FOLDER! THIS IS WHERE THE ACTUAL GAME IS INSTALLED!

PLEASE NOTE THAT THIS VERSION WILL MESS UP YOUR ABILITY TO PLAY ZERO HOUR AND OTHER MODS SINCE IT DOES NOT INCLUDE A LAUNCHER! However, you can copy your whole Zero Hour Game Data Folder and rename it "Command & Conquer Tiberian Dawn Redux" and place the Mod files in there instead. Doing this will preserve your Original Zero Hour Game Data Folder and grant you the ability to play this Mod separately in a similar fashion that a standalone Mod would.

YOU CAN STILL USE THE IMPROVED LAUNCHER FROM VERSION 1.3!
If you wish, you can still use the Launcher Feature by downloading and using the v1.3 Improved Launcher System Available HERE as the file system in v1.4 is nearly identical to v1.3 and the Launcher Program should be able to read the Mod .big (or .tdr) files without errors.

ADDITIONAL ADDONS FOR THE MOD:

We thank everyone for your continued support of this project!
We also wish everyone a wonderful holiday season and a Merry Christmas and a Happy New Year!

Already got it. :P

Do we have to remove 1.3 if we still have it? I'm assuming so, but I would still appreciate confirmation. Thanks in advance! ^_^

Actually, you should be able to overwrite the files (when they are renamed to .big instead of .tdr) to update v1.3 as the file system is nearly identical and you can also enable the use of the improved launcher, if you want. Moddb.com I tried to make the v1.4 Beta backwards compatible with v1.3 so it can be as user friendly as possible.

Thanks, you guys are awesome!

why they are using humvees and abrams ?

Because it's Tiberian Dawn..?

That is the most retarded question I heard about Tiberian Dawn.
(This is to alenoguerol)

If you cared to play Command & Conquer. You realised they use Humvess and M1A1 Abrams.

sorry i never played tiberian dawn or tiberium sun beafore. i only know the C&C 3 of this series

Congratulations! I believe these are the most needed changes:

wtf!!! if i start and i building barracs i see "mission accomplished ...
f***ing jokes!!
oh and when game starting i see : gta vice city beta

Answers to your questions are on the main page where you posted the exact same message and make sure to read the instructions in the news post above.

When I start a game online me and the guy im playing both get a mismatch error about 20 seconds in and the game ends :/

Sounds like a bad network configuration or a enabled firewall (network options can be accessed from the options menu) or you may actually have mismatched files. Best thing is to both get clean versions of Zero Hour patched up to v1.04 and then place the Mod back in there and also delete the scripts folder inside the data folder of Zero Hour. Does the Skirmish AI work or does the game suddenly end when playing it too? If so then the scripts folder needs to be deleted.

I done some tests and concluded that it may be an issue with the alternate shellmap addon or the use of the launcher program which is causing an unexpected conflict. It seems more likely to be an issue on Windows Vista or Win7 systems for some reason.

Hi there !
Can't register on the forum (it doesn't work), so I'm posting it here.
It is a very well made mod, you have my thanks and respect for that.

However, the cinematics are quite horrible. It may be better to force display in their original résolution (or closer at least), with some kind of wallpaper to fill the back. In 1280x960, it looks more like moving pixels than cinematic ^^'
And the other thing I noticed, is the speed of the game. Light (on buildings) and smoke look like fastforward animation, and the game itself seems faster than the original. I had a hard time keeping up with the action (and I only did the first 2 missions with the GDI).
I can't say if it's because my pc is too powerfull, or if this is the speed of C&C generals (never really played it), but if you could add a game speed option, like the one in the original C&C, that would be great.

Anyway, thanks for your work, and I hope you're still working on it.

It won't download. Says the file has been deleted. :(

Deleted? Why? I almost hit the download button. :-s

But why was it deleted from here?

I can't download it from gamefront....
any other mirror plz ?