AnNo1935 of CnC Saga.de, recently interviewed us about our mod. Come check it out! 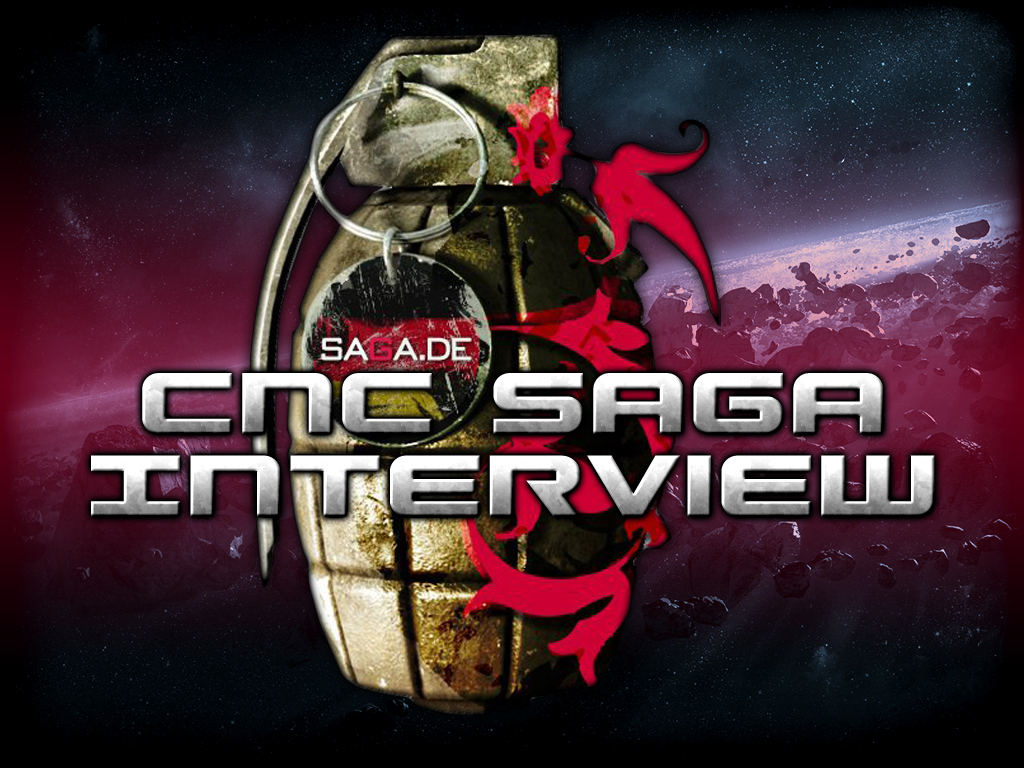 AnNo1935 of CnC Saga.de recently interviewed us about our mod. Below is the English version of the interview, you can read the original German version here

Hello, thank you for taking some time for this interview. Please tell us something about you / your team.

Zeke_Dlyoung: Hello all, once again my name is Zach, also known as Zeke. You probably remember me from the GenX and Reborn interviews in the past, not much has changed since then, I'm a lot older now at 29, I've graduated college, and am currently a freelance Graphic Artist.

Anubis_theDark: Hey. Wow ... it's nice to see there is still an active C&C Generals community. Anyway, i'm the co-leader of DI, and the guy that came up with the idea of this mod.

Zeke_Dlyoung: Deep Impact started out as European Conflict, due to a number of reasons, mainly the lack of time and manpower, we decided to fuse EC with our other mods GenX and Forgotten Fury and rename it to Deep Impact.

Anubis_theDark: Many years ago, i was part of the European Conflict mod, and when that one died, i asked to take it over and continue work on it. At the same time i was part of NLS and working with Zeke on his Generation X and Reborn mods. Since for both of us, time became more of a luxury due to real life issues, i suggested we merged all 3 mods into one and make it a near-future sci-fi mod with a full remake of the old factions. So after a few days of brainstorming and discussions we had a new project - Deep Impact. I worked on the concept art and code, and Zeke was as always the mastermind of models and textures. But a 2 man team can only do so much, before other issues bring delays. 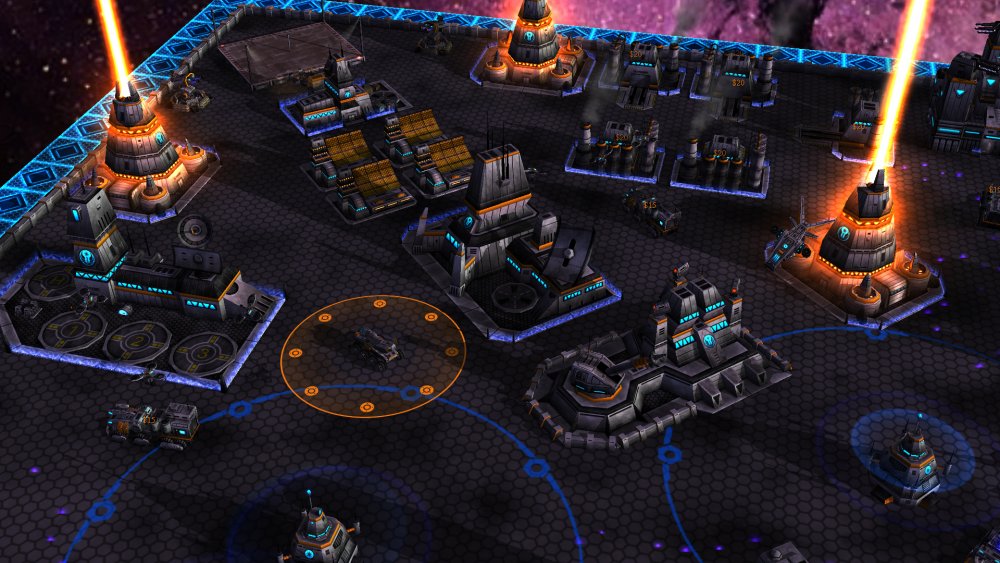 Zeke_Dlyoung: Unlike most ZH mods, that stick with USA, China and GLA, our mod is a total conversion mod, with completely new factions. Same as with GenX, this mod has a bigger focus on singleplayer, rather than multiplayer, and fun casual gameplay as opposed to intense PvP battles.

Anubis_theDark: The thing that makes this mod special is the same thing that makes NLS special - we don't care about politically correct stuff and we don't want to have yet another - REALISM MASTER RACE - mod. If we like an idea and we think it fits our story/gameplay we add it. But other than that, i believe that the whole faction design, art style, and even some gameplay elements would make this mod special.

Zeke_Dlyoung: If you include the time when it was still known as EC, about 10 years, starting at 2007. Deep Impact itself started in 2012.

Anubis_theDark: The mod's been in development for about 4 years, but with huge hiatuses due to both Zeke and me having our own lives. Though now we have a new slave ... i mean a new modeler and textures - MP - and he is one talented and dedicated dude, so we hope production will speed up. I can't give an exact time on how long it's gonna take for the first demo. People have to understand that we don't get payed for this stuff, we've been modding since 2003-2004 when ZH came out so we kinda reached a point of boredom, and we also have our lives to live.

Zeke_Dlyoung: AI is currently non-existent, as not all the units for the new factions have been added yet. We do keep Tank General around to use as a punching bag during testing, but that's about it.

Anubis_theDark: This mod changes pretty much everything about the old factions, and adds new gameplay mechanics so the old AI's wont work with it. We will try to work on new AIs but that's a problem we will solve once the factions are complete so we won't have to change the AI every time we decide to change or add a new mechanic. 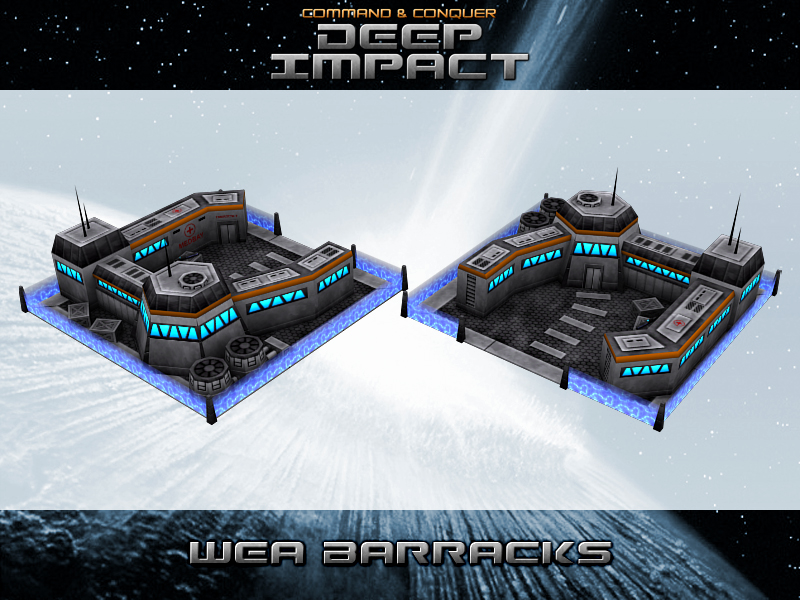 Zeke_Dlyoung: Of course we will offer support to anyone who is having issues with the mod, and will listen to comments about gameplay and stuff like that. As for future plans, we are currently working on the WEA Beta which will be the second release overall and will have the WEA and ADF as playable factions. After that will come the AC, and then the WLF releases.

Which factions will be playable? Do you have plans for some new ones?

Zeke_Dlyoung: As mentioned earlier this mod is a total conversion so all the factions are new. Will we be adding new factions after those factions, who knows? I guess we'll see when we even get there

Anubis_theDark: Our first release is planned to have 2 factions - the WEA (basically a xenofobic western europe) and the ADF (basically an asian empire). Once we will release that we plan to add 2 additional factions - or at least we dream about it - the AC (basically police drone state Murica) and WLF (basically junk rats).

Zeke_Dlyoung: Having someone to talk to about your hobbies is always a huge motivation boost, so the community is very important to us. As long as people come to see our updates, we will continue working on them.

Anubis_theDark: As veterans of ZH modding, we had our love and hate relationships with the community. In general we love our community and we need their support and feedback. There is the occasional self-entitled brat that thinks we somehow owe him our time and resources in exchange for his interest, or the occasional fanboy of other mods that just feels the need to tell us how bad we are compared to his beloved mod, but other than that, we encourage our fans to speak their mind, give us constructive feedback and even suggestions. We have a plan for everything in our mod, but you never know how one idea could be just what we needed. One of the reasons EA managed to kill the C&C franchise is because they didn't listen to anyone but their retarded money hungry investors. So in a way we are for better or worse, for the time being, the future of C&C. Not we - the team behind DI, but we - the C&C modding community. In the absence of new games, we provide new options for the old ones.

As for our DI community - leave us feedback comments and suggestions. You have our Moddb page for that, you have our Facebook and SWR.forums pages as well. The more active and engaging you are, the more you encourage us to keep working on this project. Thank you for all the support, and just have fun gaming 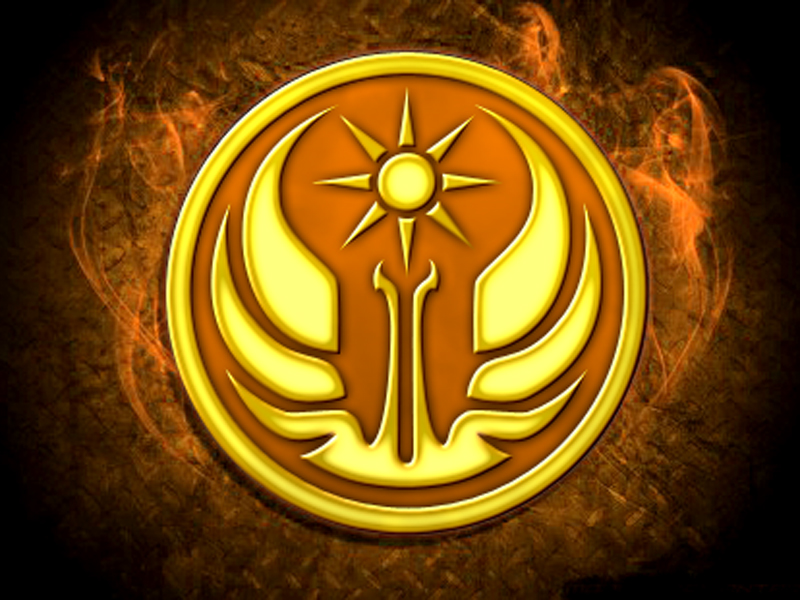 Zeke_Dlyoung: To be honest I feel there is no hope for CnC at this point. EA has refined screwing over their fans into an art, and there are no signs of them stopping any time soon. That is not to say that the cnc fans are not completely blameless, EA merely follows the money, and the money says that gamers today enjoy their shitty games, so why would they change? #RealShit

Zeke_Dlyoung: Stop asking for release dates, it will be done when it's done, and continue to support our projects!

Anbis_theDark: Thanks for the interview and salute to all the readers of CnCSaga.de

Absolutely awesome interview answers. To be honest, most new games made from AAA companies suck at this point (example, CoD WW2). There's no charm in these what so ever. So I support you, the CnC modding community, 1000%. You give life to these old, no longer updated games, and that's what matters. If it wasn't for you, the CnC franchise, would be left to rot in it's grave. So keep going and make mod deserve 5 stars.

I'll wait, until you release your best work here.

You guys make me want to get back to C&C.

I play strategy games for singleplayer. I hope you guys can get it done, Great & Proud!