Post news RSS Christmas Update and Mod of the Year

With the Christmas Season upon us and the end of the year looming, what's going on with Stellar Parallax and Armada 3?

Yes, it's that time of year again! The silly season has finally arrived! Work and school are wrapping up (or soon will be, hang in there!); friends and colleagues are planning parties; loved ones are busily rushing about malls and shopping centers looking for the perfect gifts; charities are working extra feverishly to feed and clothe the unfortunate, and the Armada 3 team, as usual, are stuck in dark rooms, working on mods - forgoing meals, shunning sunlight, hissing at strangers and occasionally throwing things at irksome carollers. God bless us, every one!

Merry Christmas, all! Hopefully we find you in good health and jolly spirits as the holidays approach and we bound towards the end of the year. And if we don't, well, hopefully things look up for you soon - there's always next year!

2017 has been a big and tumultuous year for Stellar Parallax. We all felt enormous disappointment when we had to cancel the Infinities project for Stellaris - although a great deal of progress had been made real life commitments slowly ate away at the team until only a small handful of people remained able to reliably commit to the mod. Given the size of the project we decided as a team that it was too much to ask of such a small group, and regretfully Infinities was shelved. To be completely frank, that made us feel like crap. No one likes letting other people down, and our greatest concern was that many of our supporters would lose faith in us. Instead, though clearly disappointed, many of you rallied around us and offered your ongoing support and encouragement. We were so grateful for that overwhelming show of faith. Thank you, all.

It certainly wasn't all disappointment, though. We were very excited to unveil our newest project - Ages of the Federation, a series of full conversion mods for Sins of a Solar Empire Rebellion, each of which will cover a different era of Star Trek history, starting with the first half of the 23rd Century in the time between Enterprise and The Original Series. While we're certainly not yet in a position to give an idea of a release date, the initial release will feature a number of old favourites. ;) 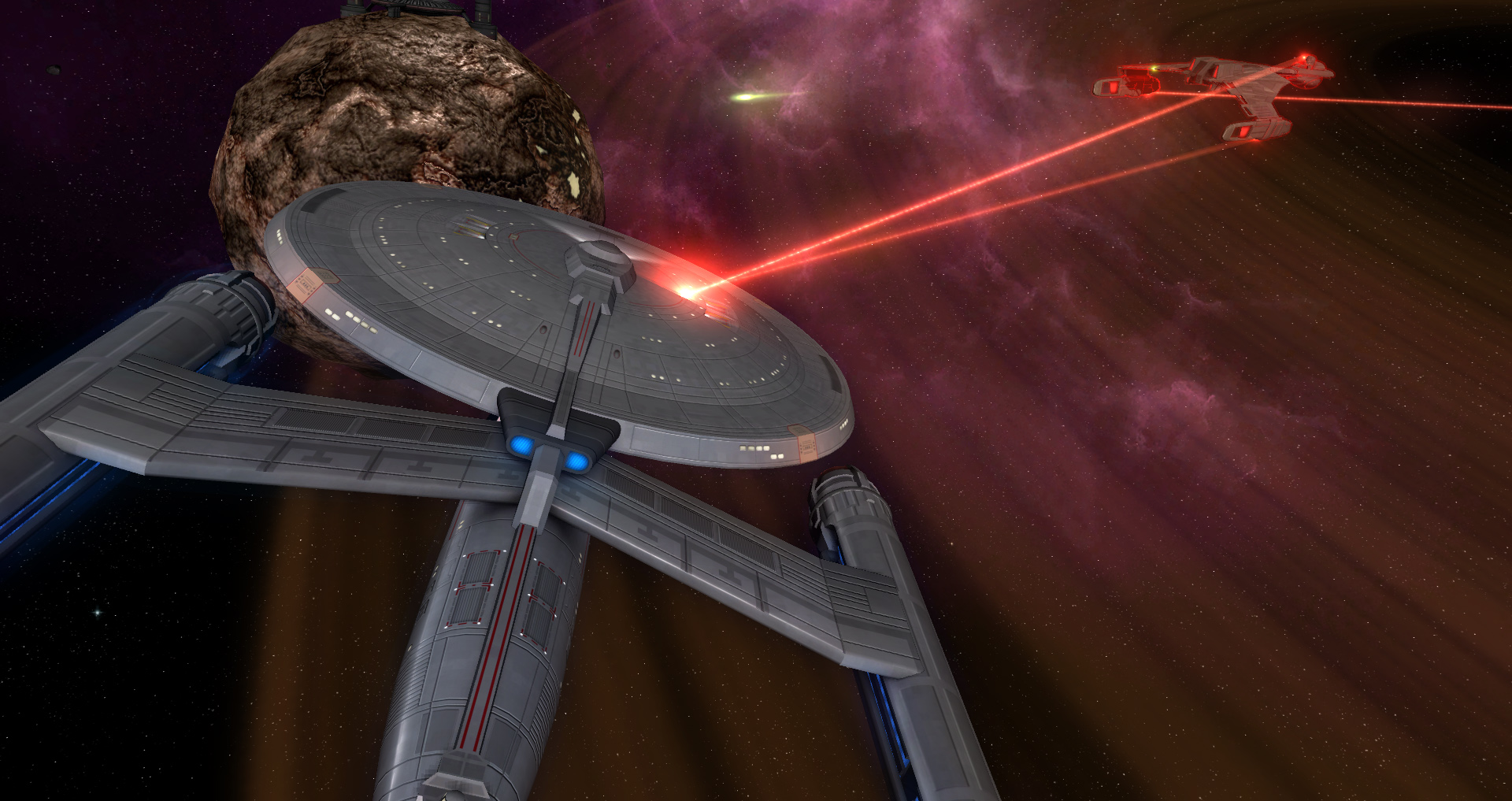 Meanwhile the 1.05 patch for The Final Frontier addressed many of the lingering issues with TFF. While we were and are very proud of The Final Frontier, there can be no denying that pushing the engine to such an extent caused some stability problems with some players. Ambarenya is continuing to work away on the 1.1 update, and it should be ready to go around the same time as our other upcoming release. Speaking of which... 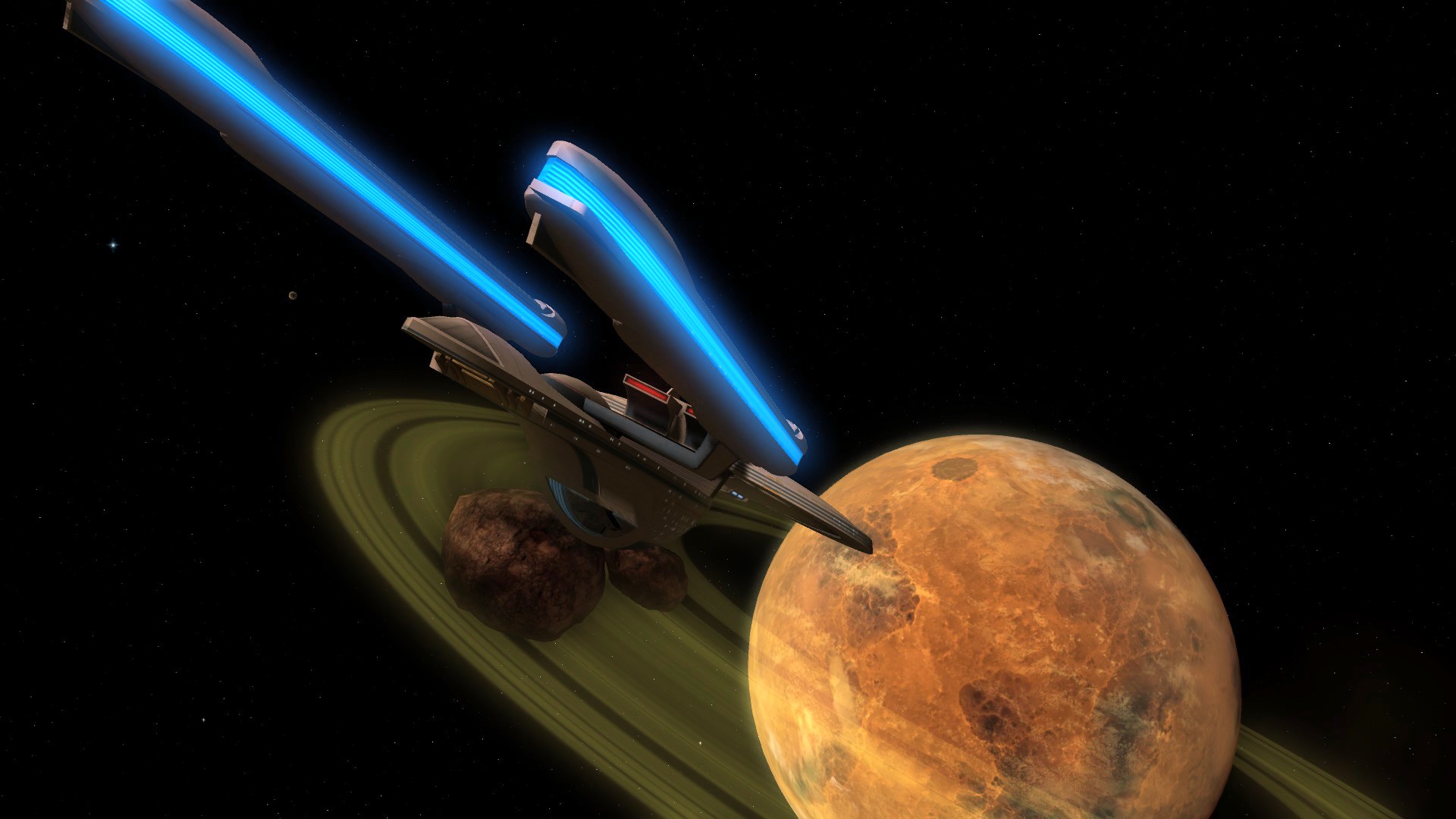 When we drafted poor, long-suffering Bane back into active service early in the year, we had no idea the Nemesis project, which he is leading, would become as big as it has since. We really owe him a lot and his knowledge of Sins and passion for modding have certainly made themselves felt. Thanks, Bane! As it is Nemesis is shaping up to be much more than a simple game mode and should now be considered and entirely separate version of Armada 3. At the moment Bane and co. are working on implementing a number of new additions to the mod, including the mighty Romulan Phoenix - a doomsday weapon to rival the Jach'Eng shockwave ship itself! Superweapons as a whole are being reworked and great effort is currently being put into balancing the mod, with special attention being paid to the Dominion Alliance faction. Basically we felt that compared to the other factions, the Dominion quite simply weren't performing as well as they should. There can be no doubt, however, that as of now the Dominion are back in business! 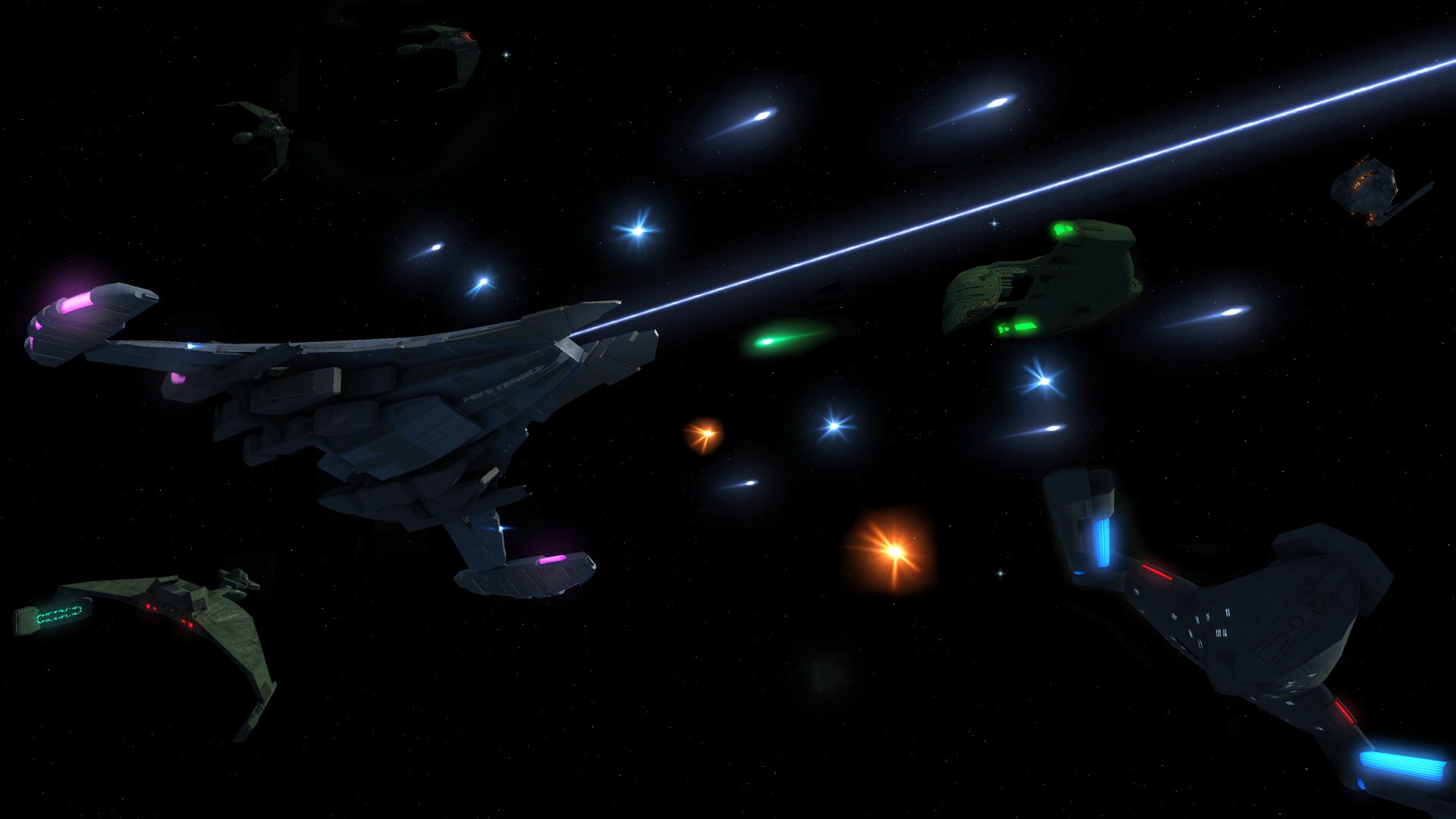 The Dominion are back and stronger than ever!

Nemesis should, with luck, be ready for release early in the new year.

I'd like to draw some attention to the Mod of the Year competition which is currently running. There are a plenty of mods currently avaialble for download that deserve your support just as much as ours. Our team members are currently enjoying several of them in their spare time and we highly recommend you check out the following, and give them your support in the competition.

Star Wars - Thrawn's Revenge 2: Ascendancy
This full conversion mod for Sins of a Solar Empire Rebellion is certainly among one of the most detailed and well developed Star Wars mods for Sins. While others are definitely enjoyable and well made, the Ascendancy team's attention to detail elevates this mod into something special. They've recently released a new version and announced an upcoming new faction, and this mod shows every sign of getting better and better.

Fallout: New California
This truly extensive mod for Fallout: New Vegas is perfect for Fallout fans and anyone who fancies a stroll through a post-apocalyptic wasteland, gunning down raiders and blowing the limbs off mutants with wild abandon. Though still in alpha stage the sheer vision, imagination and talent on display in this immense mod project are certainly worthy of your attention. Keep an eye on this one - it's shaping up to be quite special.

Star Trek - Continuum
Continuum is the premier Star Trek conversion mod for Homeworld 2 - Remastered. It's been around for a while now but it continues to grow and improve. It adds several unique game modes and mechanics, and covers several eras of Star Trek history including ENT, TOS, TMP and TNG. If you love the Star Trek universe and the gracefully flowing gameplay of the Homeworld games, Continuum is high on the list of recommendations.

Star Trek - New Horizons
Many of you will already be familiar with the New Horizons team and the work they've done in their full conversion of Stellaris. With each new update New Horizons only casts a wider and deeper shadow and the mod's scale is almost overwhelming. Stellaris was practically begging for a large scale Star Trek mod. New Horizons brings the definitive Star Trek experience to the Stellaris galaxy and for that the NH team deserve your support.

We'd like to give an honourable mention to our friends over at Sins of the Empires, a full conversion mod for Sins of a Solar Empire Rebellion which transformed the game into an EVE Online setting. Sins of the Empires recently received a Cease and Desist from CCP and has sadly been forced to end development of the mod. Whatever the reasoning behind CCP's decision we express our sympathies and solidarity with the Empires team, especially considering that the Sins of the Empires mod was showing considerable progress and displayed every sign of becoming something truly unique and amazing. It's a damn shame, but we look forward to seeing what this talented bunch gets up to next.

So, what are you waiting for? Whether on this list or not, go and vote for your favourite mods now!

Finally, our mods and modding in general wouldn't mean a thing without you, our supporters and players. We truly appreciate your ongoing support and friendship. May you all have a Merry Christmas, a happy, restful holiday and a fun new year. We'll be back with another update soon.

May you never suffer the cunter-punch. stay classy.

Wait, why did you guys have to cancel the stellaris project??

Read the article and you shall be enlightened.

To sum it up: There were too many sudden changes to keep up with due to patches and updates/addons that Paradox released and continuing the work would have become a drag for the people still staying with the project. It was only logical to put the emphasis on more realistic goals, like another glorious mod for SoaSE.

Have some ideas, models or modders of "Infinities" made it to "New Horizons" or is it all lost in space?

Many of the assets and ideas the team had for Infinities have made it into the Ages of the Federation project. Moddb.com

I feel like a traitor giving a vote to Thrawn's Revenge, but the team there are doing a fantastic job. Their original mod for Empire at War has pushed the engine way beyond it's limit.

Corey and his team certainly deserve the votes. :D