Hey lads, i am proudly present to you some of my latest work on mod, including new superweapons, units, gameplay videos and more!

Hey Lads! It's time, it's time to bring another huge update to mod profile, for now it's not just a few screenthos with few things, now it's actual gameplay, info and other stuff. A lot of time passed since RC1, well, i actually get started to work again after 3 months of RC1 release.

As i probably said few times : RC1 version of mod came out way too early. It came out unpolished, barely playable, with lots of bugs and almost no balance. Yep, i've rushed as hell, i have no idea why, maybe i wanted to give to you mod as soon as possible.

But again, i assure you, RC2 will be a lot of times better, actually playable and quite enjoyable, i am not making any release dates, i've learned my lesson.

This update will include some of my latest work, such as new units, locomotor fixes, AI improvements, Superweapons, Particles, Gameplay videos, updated graphics and more.

Let's begin with few screenshots with some explanation 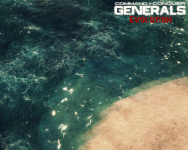 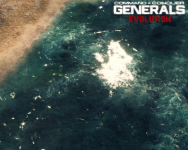 Here is some actual gameplay process, no explanation needed : 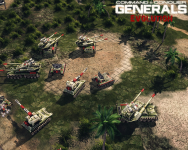 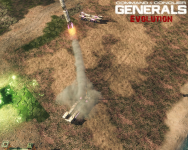 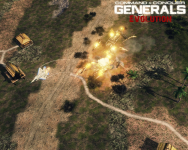 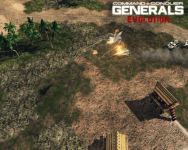 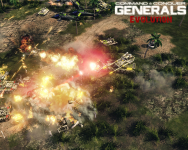 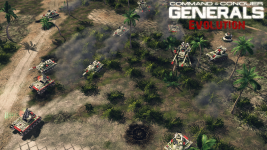 Here is new superweapons, Nuke and Particle Cannon, both usable by AI! 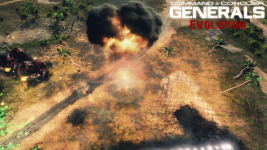 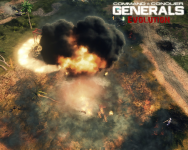 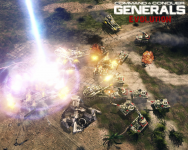 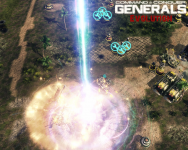 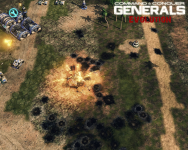 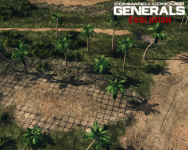 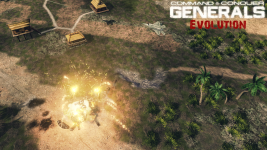 Good news to hear! (or to read)

are the artilerry units (scud, etc) range has been changed? because they seems to close for an artilery....

They'll be fixed for sure. They suck in RC1 because i am still using RA3 defences there, which is really long range, so yeah, artillery will be fixed and actual defenses will be from Generals.

still not on release?.. damnn ahaha cant wait.. please update us when to be release thanks.. more power and godspeed

Awesome dude u're the MAN! But i'll suggest 1 thing. Shockwaves with every fcking explosions that's a bit overkill imo. gj keep it up

This is almost...appetizing... Fantastic job!

Hi. How many zero hour content will be available?
And thanks for your job. Even demo looks awesome!

I freaken love this mod dude, even though it's not yet done, you're doing an awesome job. Keep up the good work! Also I think that instead of replacing the old factions with the General's Factions you should just leave the old ones in just for fun and make new factions for Generals.