After BiGToM's post last week, there was some confusion as to the nature of Team Cat-Life's Intentions. This should make their plans a little more clear. Expect the Beta soon, and think about helping develop a part 2 for source after part 1 is finished.

Originally imagined in 2003 as a mod for Half-Life, Cat-life has spent a great deal of time on hiatus over the years. After a long delay due to missing team leadership, the mod reorganized under current Team Cat-Life leader BiGToM. Yet the greatest missing component, a coder, remains absent. The biggest single set-back has been the cat's POV code.

However, as has been stipulated before, this mod about a cat trapped and ownerless during the Black Mesa incident has plenty of lives left. Earlier this week, BiGToM announced that an older piece of code from prior efforts had been successfully implemented. The original code had been fraught with bugs such as monsters sinking into the floor. Nevertheless, after a lengthy wait for a new coder [a wait that included a cash reward], the early code was modified and fixed.

Now, with corrected code in hand, Team Cat-Life is able to wrap up other portions of the mod. With this news, the team has also announced a target date for the first stage of Open Beta testing. Expect to be able to download and play the Cat-Life beta in November.

The beta will also include additional bonus content including maps that were cut from the project and some of the original concept. 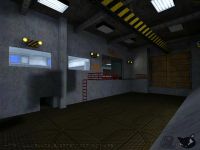 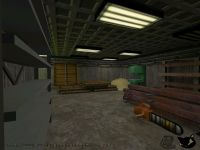 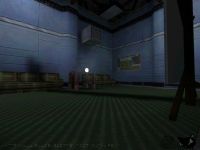 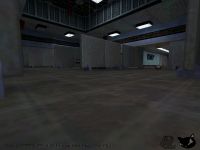 Also, be sure to keep an eye on PHL, TWHL's Forums, HL2Files, and our FPS Banana Account for this press release. I dispatched two "exclusive" screenshots to each of those sites with our news and those images will not be added to the gallery.

Additionally, and this is to clarify previous statements, the team does not intend to stop work on Cat-Life and switch over to the Source engine. There is, however, an ongoing discussion regarding the possibility of either converting a finished Cat-Life to Source or... more likely... making a sequel using Source.

No matter the outcome of that discussion, Cat-Life will begin its open beta in November and we do want it finished before moving to the next project.

And if you are interested in working on a sequel in Source, and happen to know how to code... contact me at the_wildcat@bwldevelopment.com I personally would like to have someone writing new source code long before the team is actually ready to work on a second mod and possibly accelerate the development process.

first comment YAY first time in my life and AWESOME i love cats i have 2 of my own so this will own :D

Here my advice ... keep your eyes open for easter eggs! Let's see who can find the Daffy Duck joke .... :P