The first arena of our zero gravity arena is a battleship wreck, which of course has a canteen as well. Crewmembers should feel like home on the earth. The cozy ambience and the style of a typical American dinner, also invites to festivities. In combat with infantrymen and their jetpack, short flight maneuvers are also possible. 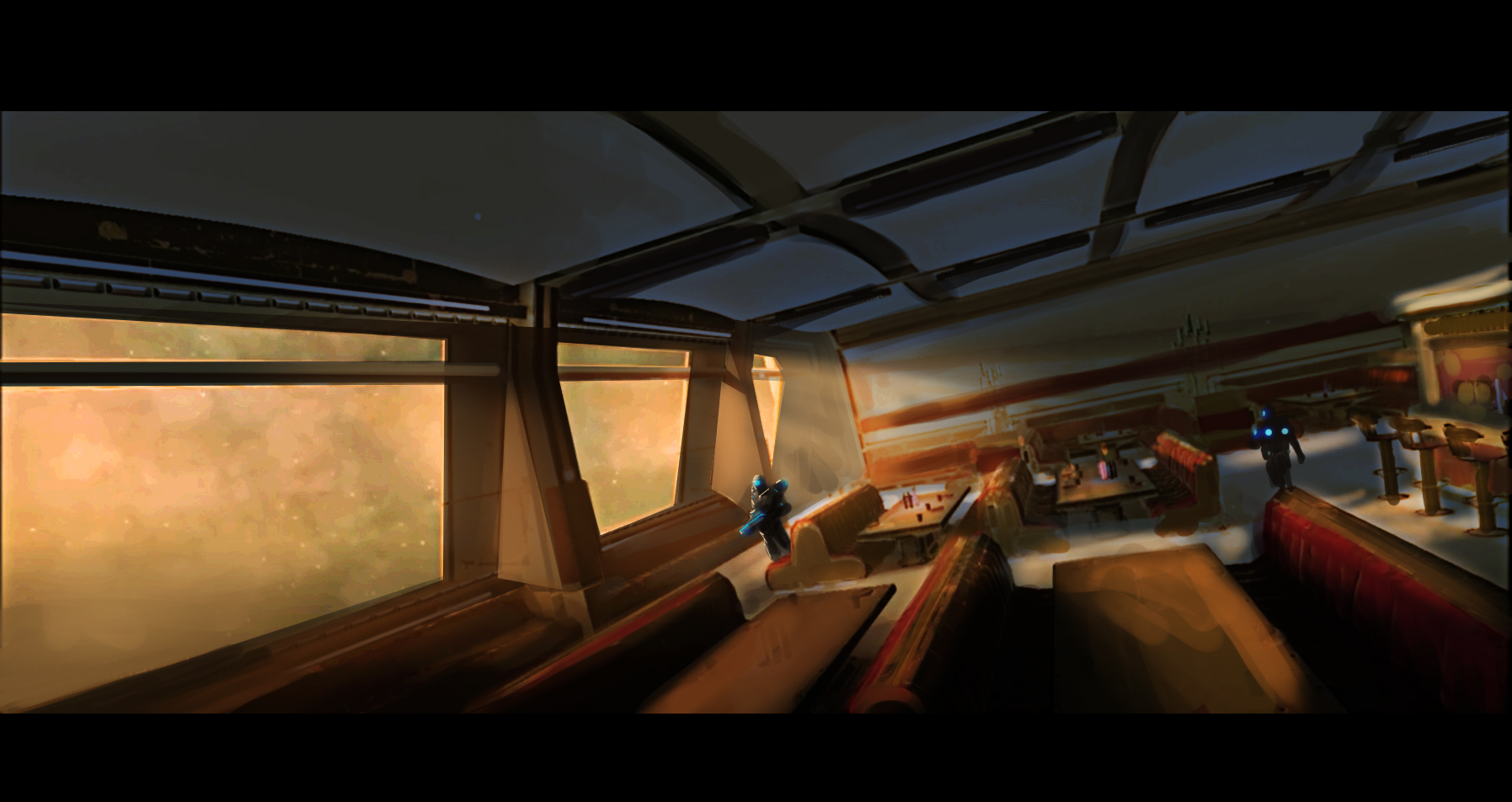 The canteen is the second room in the battleship arena that we improve. A place of well-being for the ship's crew. It is intended to reflect life on the earth with many approaches to an American dinner. This is where celebrations take place, especially when the crew has successfully completed its mission and has arrived at home. 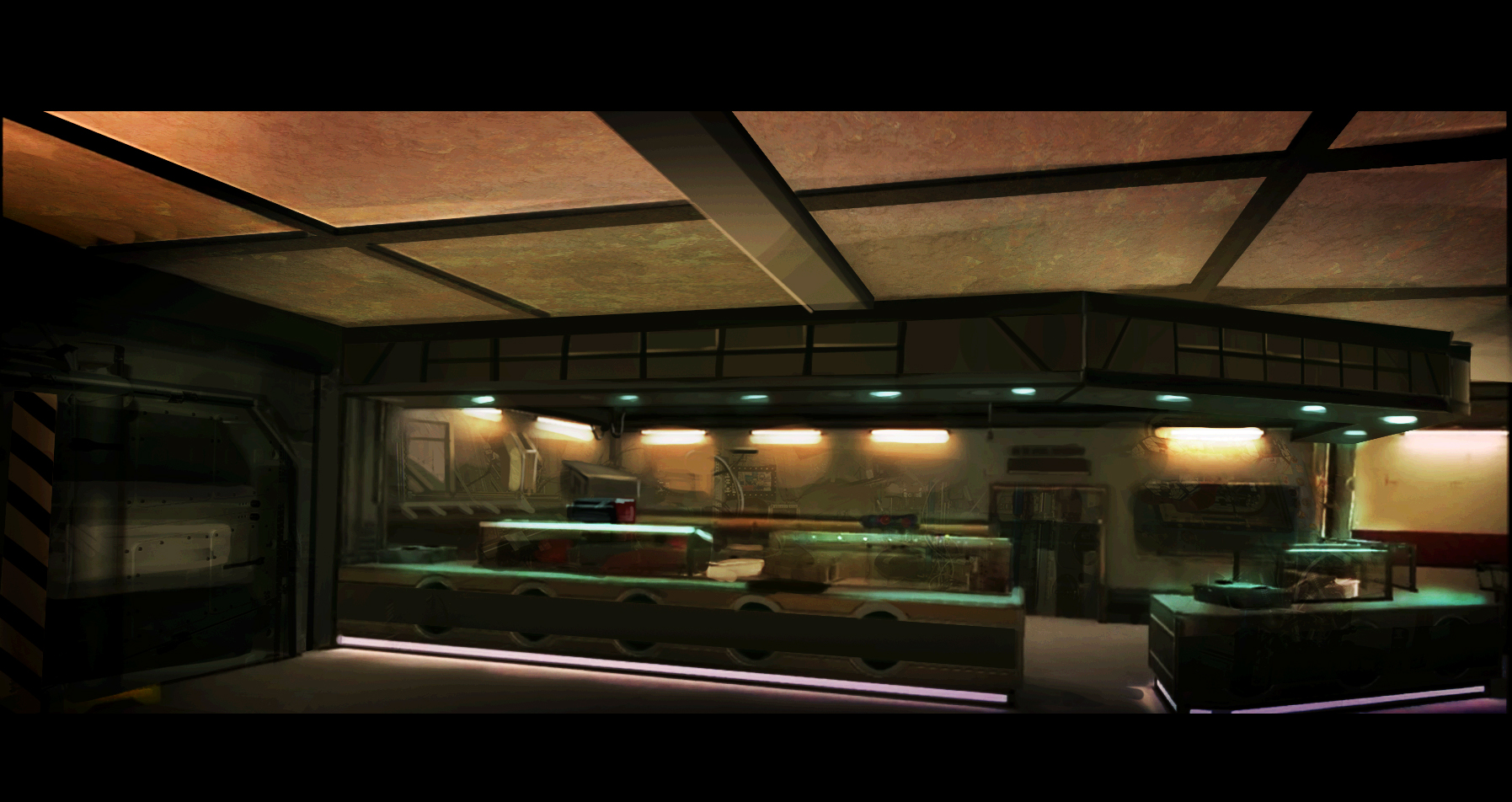 Cybertronic will have styles of new retro. It contains many light sources that shape the contours and shapes in the darkness of the outer space and should also make the orientation easier if the player moves in weightlessness. 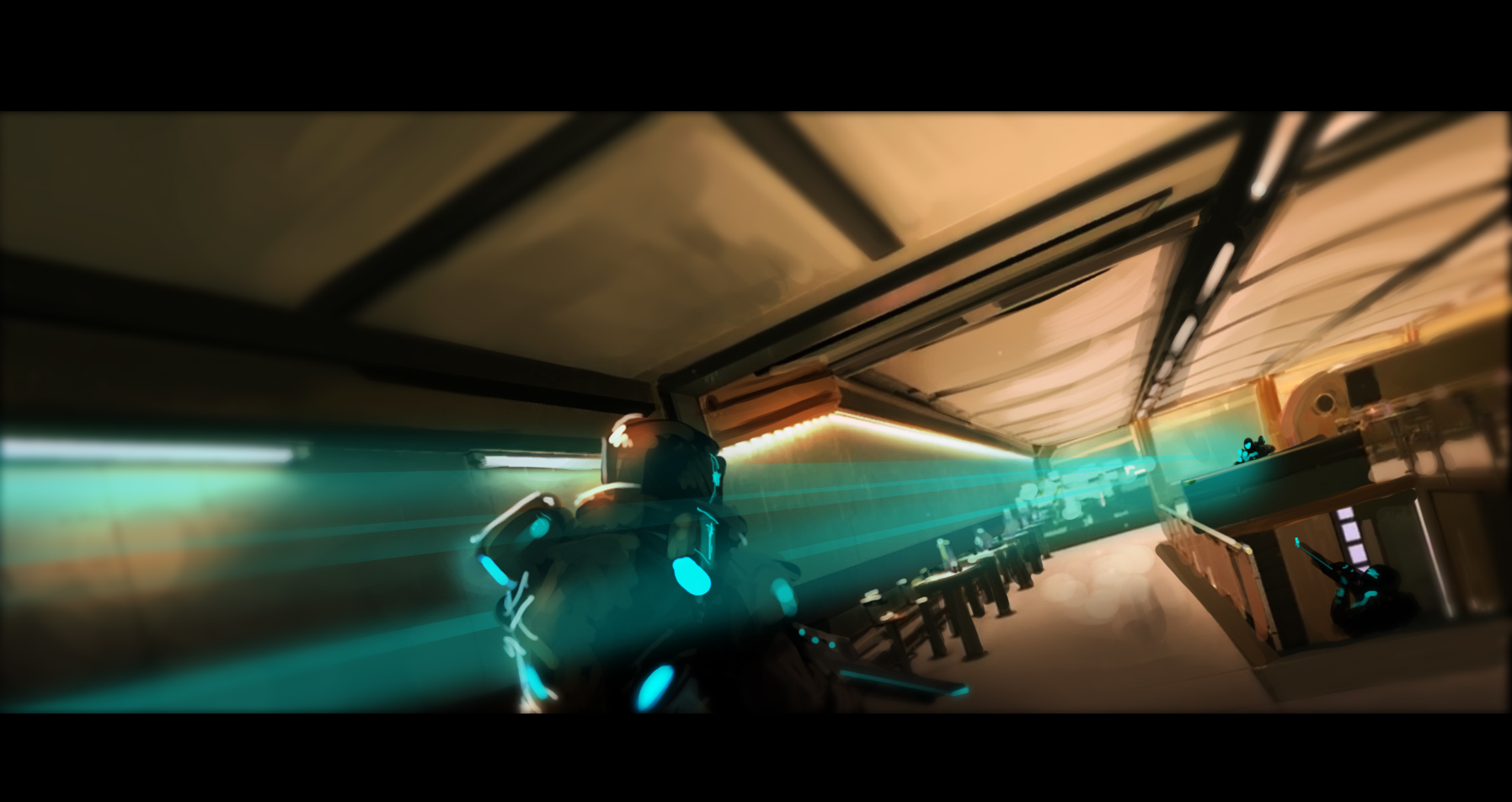 Action mock-up concept. The canteen is a large space where even short flight maneuvers are possible. The character is completely redesigned in a special concept and we guarantee a fast flow control. The biggest challenge is to prevent motion sickness which is always difficult in this genre of zero gravity. That's why there is the snapping feature. That's why there is the snapping feature. Players can use their magnetic boots to stick to any surfaces, as well as move in to normal 3rd person shooters. Such surfaces may be ship's shells, large debris, floors, ceilings, walls, or asteroids and lunar surfaces.