In our third campaign development diary we take a brief look at Bronze Age politics.

Politics? In my divine right of kings? Say it isn't so!

Total War: Rome II is set in an age of limitless political intrigue, plots, counter-plots, assassinations, schisms, and civil war. It sets this against the backdrop of more pluralistic political structure than had been seen before, with many powers of the region (most prominently, Rome) taking on the structure of a republic, with (mostly) elected representatives holding the balance of power.

Travel backwards a thousand years to the bronze age and the idea of a 'republic' is nothing short of alien, for this was an age where the king (or emperor) was truly in charge, and in some places, he (or she) was nothing short of the will of the gods made manifest. Elections were nonexistent, as were formalised political parties or any public office that wasn't appointed by the ruler.

However, even in the most centralised of power structures, scheming and manipulation by those who want a bigger slice of the pie has never been far off - almost every monarchistic system has seen its fair share of limp rulers, coup d'etats, succession crises, and powers-behind-the-throne. Dynastic Egypt saw more than its fair share of these in its multi-millennia-long history, with a number of regent rulers having to take the place of powerless boy-kings.

With Age of Bronze we aim to use Rome II's political system to bring the power structures of the Late Bronze Age to life, and we think that the different approaches to governance and the political order by the different cultures of our time will provide some really interesting gameplay opportunities (more on these in detail as development continues). In some areas this will take the form of simpler changes in presentation - for example, the party mechanic has been reworked to represent more loosely-defined interest groups, or indeed any entity that held some amount of political clout or sway in court (whether they were state-sanctioned or not). In others we want to try and produce more complex systems - the concept of government types will be removed entirely, instead we aim to use the government actions system (introduced in the Rise of the Republic DLC) in tandem with intrigues and incidents to better represent the ways your government can affect your faction and the world outside of military means. The details of this will, again, vary from culture to culture.

Sadly we can't end this dev diary with any screenshots, as this part of the game is difficult to show off and visualise, instead we present you with an image of a bas-relief from the British Museum's digital collection, depicting Ashurbanipal II of Assyria receiving dignitaries in the gardens of Nineveh. 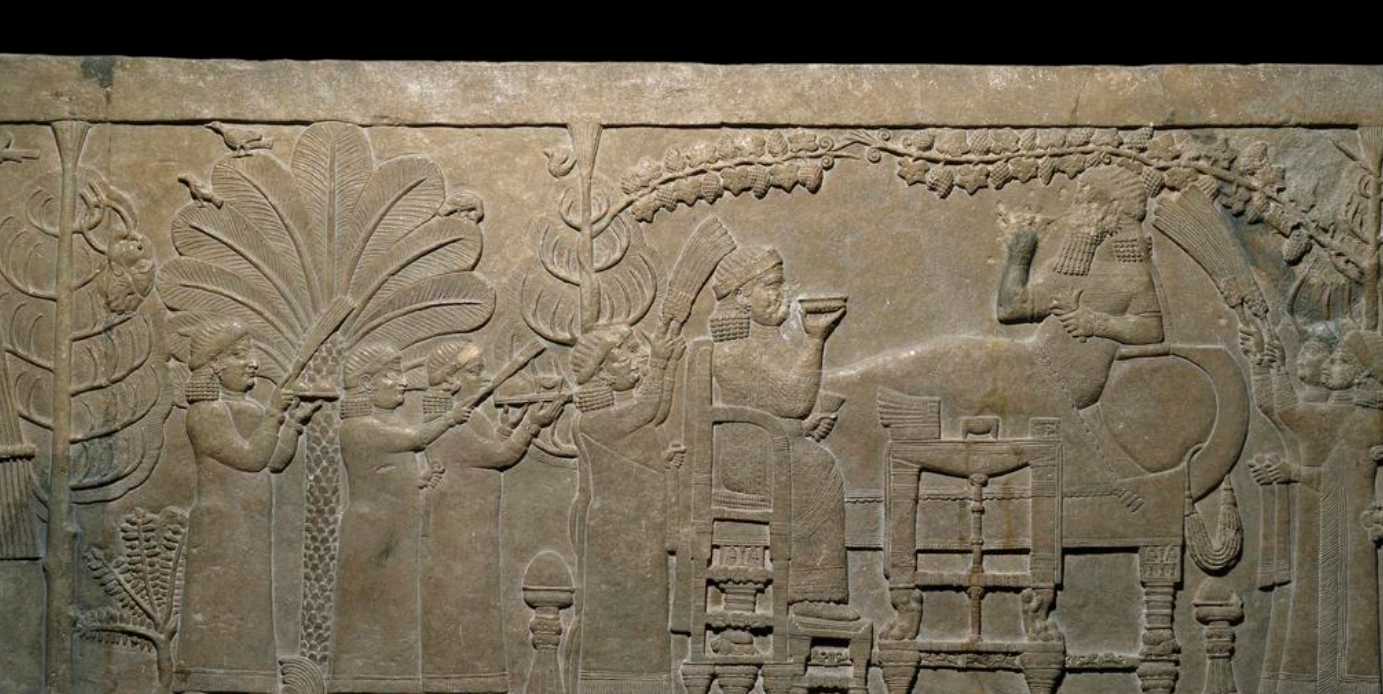