With the release now fully out of the door and flush with pioneer spirit, our eyes turn towards the horizon.

In the wake of the release of Sins of the Prophets, you’re probably dealing with a variety of questions. The foremost among them probably being “Is the download worth it?” and from a completely impartial viewpoint of someone who’s worked years on it, I’d venture yes is the answer. I’m not sure what you’re searching for in a game/modification, but I’ll be damned if we don’t attempt to provide. Whether you’re interested in that it’s stuffed with Halo goodness in the form of our incredible art assets, faster paced gameplay, or the vast shift in strategies present, it has something to offer to everyone. Sit down, put your feet up, and let me sell this bad-boy to you. 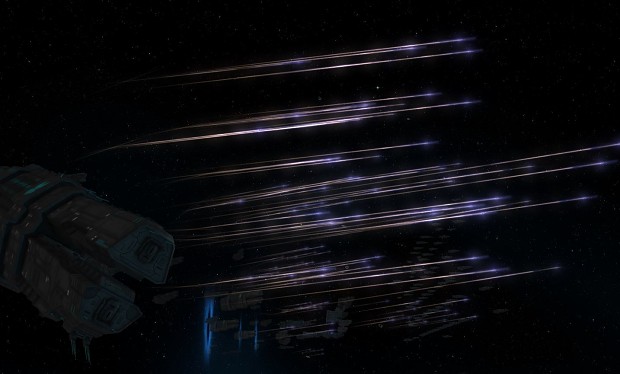 With over a thousand and a quarter downloads in the first day, it’s not surprising to consider that we have a fairly robust community. Like joining a fraternity, your fellow initiates are here to heckle you, befriend/abuse you, and occasionally provide intellectual conversation if the situation demands it. Well, some of them. That being said, the Prophets’ core community is the reason we were able to build this mod at all, since this is, at its core, a community project. With slick new forums already set up a short time ago, it would be a disservice to yourself not to jump in. Joining keeps you in the loop in both jovial development banter and the times of games planned within the members, as the multiplayer portion is heavily recommended for beta-testing. Detailed community feedback is why we’re bothering to have a beta at all, so I know as tempting as it is to download it and then retreat back to your corner of the internet, throw us a bone here. 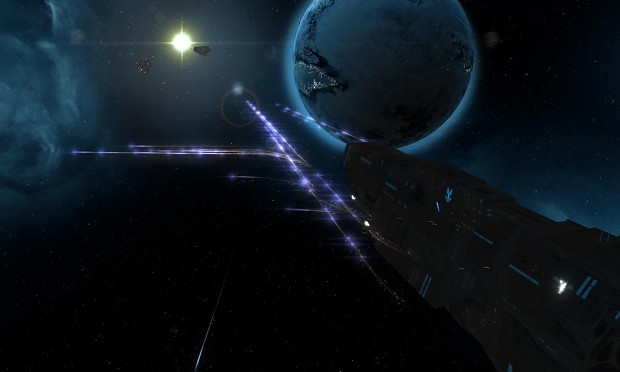 Since the initial release candidate is finally out, subsequent patches including both added content and gameplay fixes will begin arriving pretty regularly. This’ll lead all the way up to the ensuing Covenant release that will act as the final for the Entrenchment edition of the mod. When we make the jump to Rebellion, you’ll begin to see Halo 4 content as well as the fleshed out Forerunner faction. While a later news post will be detailing the faction split that while occur during it, most of the concepts aren't finalized and will likely require community discussion. Stay tuned for the update in the coming days regarding the first patch, currently being hammered out.

Yours in service,
CanadaMan7

Links for the curious:

Did I mention it's free?

Shut up and take my money

Wallet, get off my screen. Indeed playing this was well worth the wait. Now that I'm done isolating myself I'll see you all on the forums.

Good work on that trailer. I like the UI style used in there...who made it?

Why would you download a free Halo based game? Why not is the better question.

The flood make me cry

They make me want to take a sledge hammer to my computer for risk of infection........ :/

I will now play and lose half my day

you sir have no idea i played a good 6+ hour game with someone on Saturday it was great, we ended the game by sending all our ships to one star to duke it out for winner was victor.

so here i was taking planets and expanding early in the game. i only have 3 planets, i sent my fleet to a unknown world. it ended up bieng a asteroid belt. at first i was upset, than i saw 5 ships. but this ships were the FREAKING COVENANT!!! i had a heart attack! they destroyed half my fleet and there carrier almost destroyed my capital ship! so even though i went to the movies today AND went to red Robbins! THIS made my day! thank you

Thanks for posting this. It was great to read.

Yeah, I jumped when I entered an Asteroid Belt, found 5 Metal and 5 Crystal asteroids, and a covenant fleet guarding it. I got scared and excited thinking all the pirates would be Covenant.

Already played a few long games against the computers. I give you guys a 12/10 on this game. By far my favorite Halo Mod downloaded so far (Only one for Sins.) It's heavily detailed, and makes me thirst for more. I crave the Covenant faction.

ok every time i install this mod the main menu pops up it says sins of the prophets and nothing else comes up help?

So is this download an older version of the most recent beta download? And someone mentioned pirates as Covenant, I haven't seen that yet. Finally, is there an expected price for the full version?

I'll answer this in parts:
1) The link to download this beta has been taken down. You'll find the most current one in the 'Downloads' section.
2) The Flood are actually taking over the role of the pirates in this mod.
3) This is a completely free mod. You do have to own the original game -Sins of a Solar Empire- and either the Entrenchment (for this download) or Rebellion (for later downloads) expansion pack.