Patches, Tournaments & Prizes, Big read up, The weekend is here and some cool stuff is going on...

This weekend, starting at 1100PDT / 1400EDT / 1800UTC, the RTS/FPSGuru sponsored Guru Tournament is happening live on Twitch TV. Featuring twelve teams and about 90 total players, it is going to be epic. The early rounds will be starting on Friday, watch our Twitter, Facebook, and G+ streams to keep updated on when the first round action kicks off.But how about the weekend after? A weekend of rest, recuperation, and quiet streaming right? Wrong! We are proud to announce the Logitech Beta Tournament, sponsored by the kind folks over at Logitech. 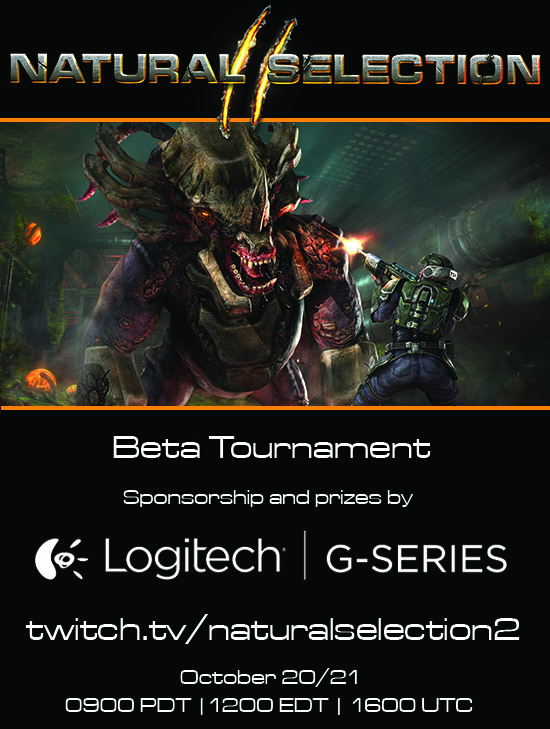 This is an open 'double elimination' tournament to which any and all teams are welcome to register, we have space for 16 teams! The first rounds will begin on Friday night, October 19, the continue into Saturday October 20. The final rounds will run on Sunday October 21.You may well be wondering, why is it called the Logitech Beta Tournament? Here's a picture that will provide you with a clue, taken in our office: 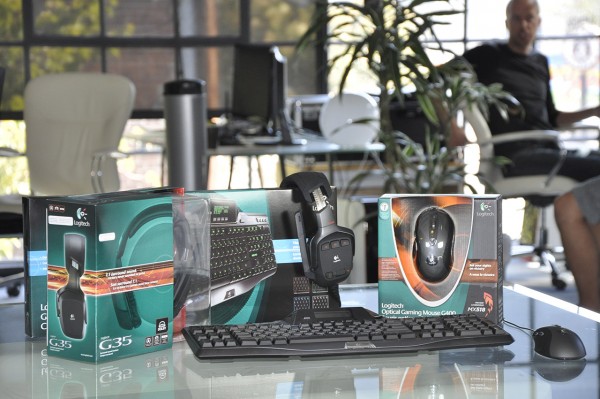 The winning team will receive six

Logitech G35 headsets, six Logitech G510 keyboards, and six Logitech G400 mice.
The second place team will receive six G400 mice as well!
If you would like to participate in this tournament, please have your team captain email tournaments@unknownworlds.com.

Of course, the entire spectacle will be broadcast live on Twitch for everyone's viewing pleasure!

There were many changes to how a dedicated server is configured in this patch.
All you should need to do is run the server with -webadmin in the command line and open your browser to localhost/index.html. From this web page you are able to configure your server. Consult the Dedicated_Server_Usage.txt file for more information.

There were two problems that caused a lot of confusion with yesterday's patch. The first problem was we failed to effectively communicate changes about the dedicated server configuration to server operators. We're looking into setting up a mailing list for server operators so we can get this information out more effectively in the future. Stay tuned for more information.

The second problem was that there were bugs with the dedicated server that made the situation even more confusing. We should have caught these before the patch went out, but thankfully the community very helpfully provided information on how to reproduce the issues and they were easily fixed. Although we have opted for a quick release cycle rather than exhaustive testing during this beta period, we will be more diligent with our testing of the dedicated server to avoid similar problems again.

Logitech is awesome, their support that is, here is why:

1. My mouse feet were worn down, I wanted replacements. They were like 99 cents on ebay + 3-4$ shipping.

3. Logitech says they can't sell me replacement feet. I complain and ask why they can't just stuff some in an envelope and stuff a stamp on it. :P

5. I now have two G9x mice. Even with the worn feet on the other...still usable.

6. Logitech didn't want the old mouse, as mentioned above, nor did they ask me to cover shipping, I didn't even provide proof of purchase. All I did was provide my Product's SN.

7. That is why Logitech is awesome and good on them for this Tournament.

My G35 is still blasting after 2 and half years of intense use. Gl on the tournament !

Is Flayra a prize too? He's in the picture. :D