Post news RSS Breaking the Limits of Brutality At the Speed of Gorelight!

The first betas of Ultimate Brutal Arsenal and Brutal HeXen have been released.

As many Brutal Doom fans asked, yes, there will be a Brutal HeXen!I have decided to make more Brutal mods to Doom's cousins. You can expect a fully Brutal HeXen and maybe even a Brutal Heretic in the far future. 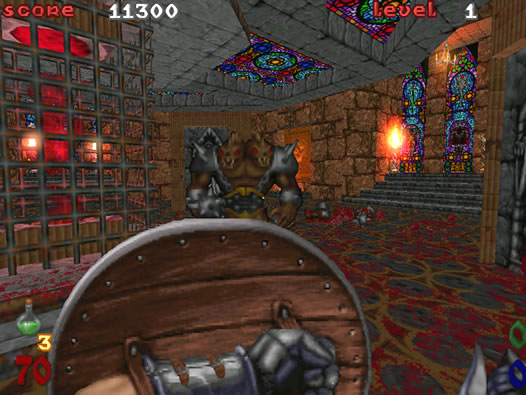 Brutal HeXen will be a complete revamp of HeXen's gameplay. It's not just more gore and fancy fire effects and particles. It takes the fighting to a whole new level, making the combat way more dynamic, brutal, realistic, and interesting. The first Beta is already out. For now you can only play as the Fighter class. You can play it here:
Dl.dropbox.com 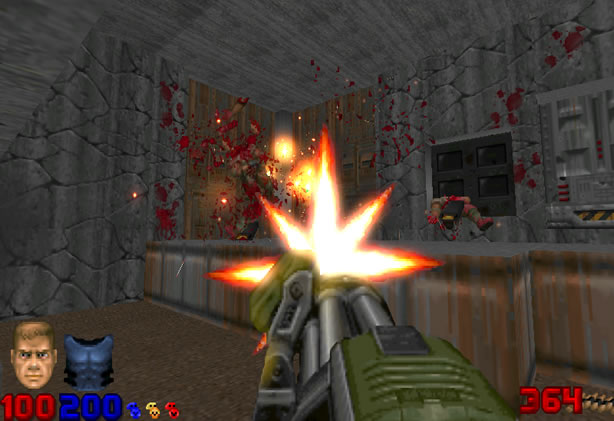 In other news, if some of you don't know the first beta of Brutal Doom's Ultimate Brutal Arsenal has been released with 16 new weapons.
Latest version listed on the following article:
Moddb.com

O_O Brutal Hexen, You have any plans for the reload key to be used for activating special abilities... adding bow & arrow or thief like character, anything like that.

I'm hoping for a Ranger class myself...

There's is a problem with the links. The first leads you to just to Mediafire's mainpage while the second link, supposed to be the BrutalDoom Arsenal, leads to the BrutalHexen download.
P.S.:
-Brutal Hexen feels brutally satisfying :) .

seems to be working now.

changes by Blox
-the raising animation post attacking is faster,
-there's less of a delay between attacks - the window of a second slash is pretty much as high as it can be -
-and holding the attack for a bit makes for a wide-angle attack. Though it does do ~50% more damage.
-The afrit fatality is much faster

changes by DoomRater
-Blox's changes
-Ready code rewritten so that flechette is WAY more responsive, though I likely screwed up the frame display
-altfire shield bashes while holding fire protects with the shield while you're charging up

Love it so far! Was pretty disappointed there was no change to Quietus, though =/

Once again you have done great job with brutal hexen Sergeant_Mark, this is way to go. Good idea with crosbow, fighter really needed some ranged weapon earlier in game, those flying buggers was always sooo annoying xD Now its way better ballanced than before.
But have you ever thinking about adding more weapons to each class? Maybe something from heretic, just like that crosbow. You can replace 2 pices of final weapon with theese new weapons (and just leave final piece as whole weapon), i dont think this feature would be really missed, but we get more variants in weapons. Of course you can have another plan that i accept too ;)

How can i set my hud in Brutal Doom like the screenshot above?

Awesome stuff. The weapon pack for BD is excellent. Can't wait to see the finished product. Is the chainsaw disabled for now because I couldn't use it?

I thought of something that would revolutionize Hexen and push it into the realm of RPG's like Skyrim. Is there a way to allow the player to select their clothing and armor and allow the player to level up certain skills so that they can make their own class. I never liked that I couldn't use certain weapons with certain classes. Would be great to have a character that could use all of the weapons that I prefer. Maybe he couldn't use them as well as another class can but at least he can use them.

I can't seem to even begin getting bored of tearing demons to pieces and here i find out that one day I'll be slashing them to pieces in Hexen. Damn, I can't wait!

Also, the guns for BD are fking AWESOME. However the graphics don't feel right. Maybe it's just the nostalgia in me but the DooM3 like graphics of chaingun feel somewhat repulsive in DooM, DooM 3 looking BFG too but not as much. Other than that this mod is just PERFECT, hell is just about to become a place of much greater suffering than it was before.

Man, I can't even begin tell you how awesome you are for making this stuff.

Okay I tried it! It's interesting and hell ettins got some moves!
The crossbow defeats the purpose of the fighter, that's my only complaint! Oh and the interface is removed, you need to zoom in. Please don't force me to do that! I like the original HeXen interface! Can't wait till this is finished so that I can play Deathkings with it!
Any chance of Brutal Strife in the future?! :D

BRUTAL STRIFE IS OUT!
Download Strife from Abandonia or idgames (it became Abandonware and now is a free game), put the STRIFE1.wad and VOICES.wad in your Zandronum/GZDoom folder, and run this mod with Strife (Don't run it with Doom!)

PS: This is an Alpha version, and some stuff may not be completely made, but it already is very solid, and you can play the game without any known problems.

I have Strife. Holy hell I thought this was a joke at first!
You guys rule!!! Merry Christmas!

Brutal Strife reached the Beta stage and much more stable!

Doesn't work. Every time i load up the arsenal pack i get a

Are you going to include any or all of the awesome weaponry from the Russian Overkill mod in the your Brutal Arsenal. All of those weapons from Russian Overkill are great but could be way better with all the stuff you've added to Doom already.

Also have you thought of adding magic weapons to the arsenal?

did someone get the Brutal Arsenal working?

How do i install Brutal Hexen???

Can someone tell me how to get this working?

It will be interesting to see how the later releases of Brutal Hexen turn out, will try the beta with the Fighter for now.

Also, a Brutal Heretic peaks my interest quite a bit, but otherwise I'm quite happy with Brutal Doom V19. Can't wait for V20 to be ready for download, keep up the awesome modding! :D

Amazing work man.
Looking forward to BRUTAL HEXEN.
That game is one of my all time favorites.

How do you install this? It just loads the original Doom levels and I have Hexen weapons. Where are the Hexen levels...

is there anny possibilities to donate to the creator/creators? This is something I would LOVE to have complete. Keep up the good work on the BRUTAL mod "series". ^^,