All about the Gatling Guns, the heavy alt of the Automatic slot.

In a world that cries for more and more dakka, is there any other weapon option besides the Gatling Gun? Their high rate of fire ensures that their targets will not only be hit, but will likely be disintegrated by the sheer number of projectiles that the Gatling Gun can fire in just a few seconds.

Gatling Guns are part of the Automatic (or Blue) category of weapons. While most Automatics are capable of a very high rate of fire, Gatling Guns put them to shame, the weakest possible Gatling Gun rate of fire equaling the best possible Machine Gun. With all of their strengths however, they have some very, weighted, weaknesses. Before a Gatling Gun may be fired, It must undergo a brief spin up period. While spinning up the Gatling Gun cannot fire, worse yet, the user can no longer jump and their movement speed is cut in half. All these attributes make Gatling Guns very good pinch guns.

They are perfect for initially clearing a room or softening a hard to defeat enemy or boss, but can't be relied on exclusively because they take away the safety of mobility, as well as chewing through your ammunition supply at an unbelievable rate. 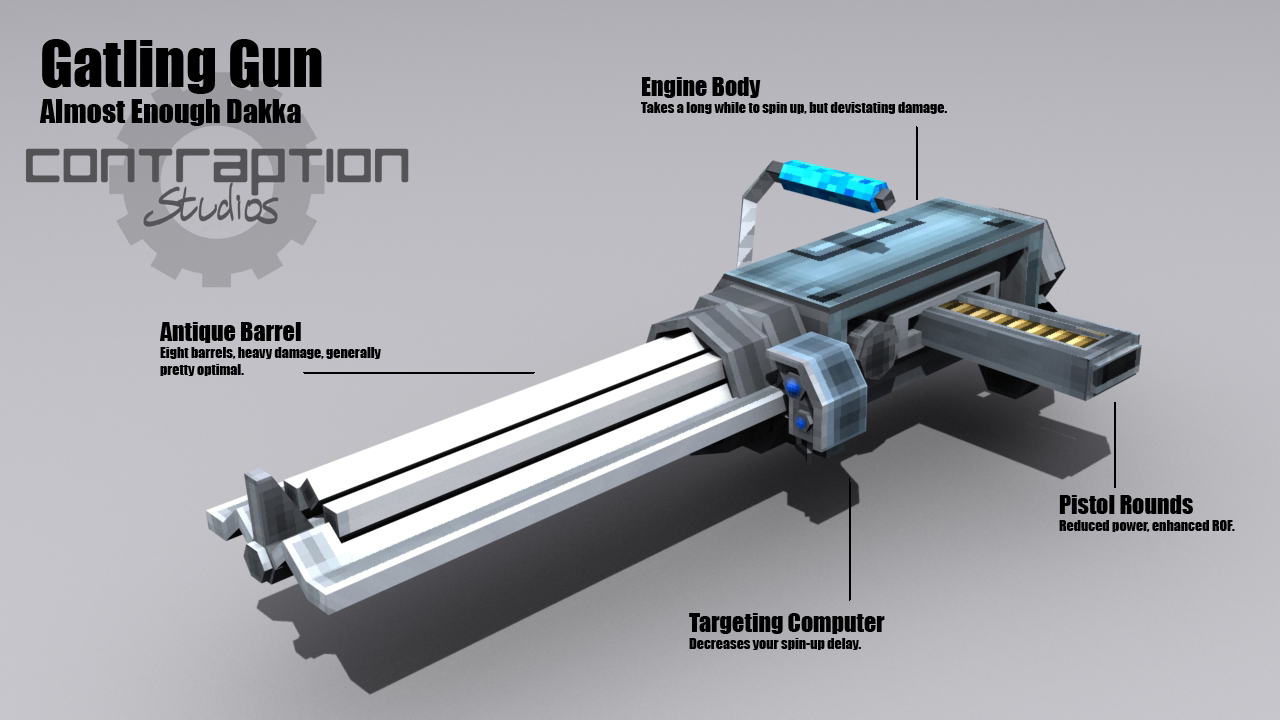 This one starts with an Engine Body, which while dealing heightened damage per shot, takes a rather long time to spin up. It fires Pistol Rounds, which increases the rate of fire at the cost of some damage. It fires them out of the Antique Barrel, which does heavy damage to the unfortunate guy standing on the other end!

The Targeting Computer is this Gatling Gun's only attachment. It decreases the spin up delay, allowing for faster carnage!

Now that we know the basics, let's flip everything that you know upside down with a totally rad Gatling Gun. 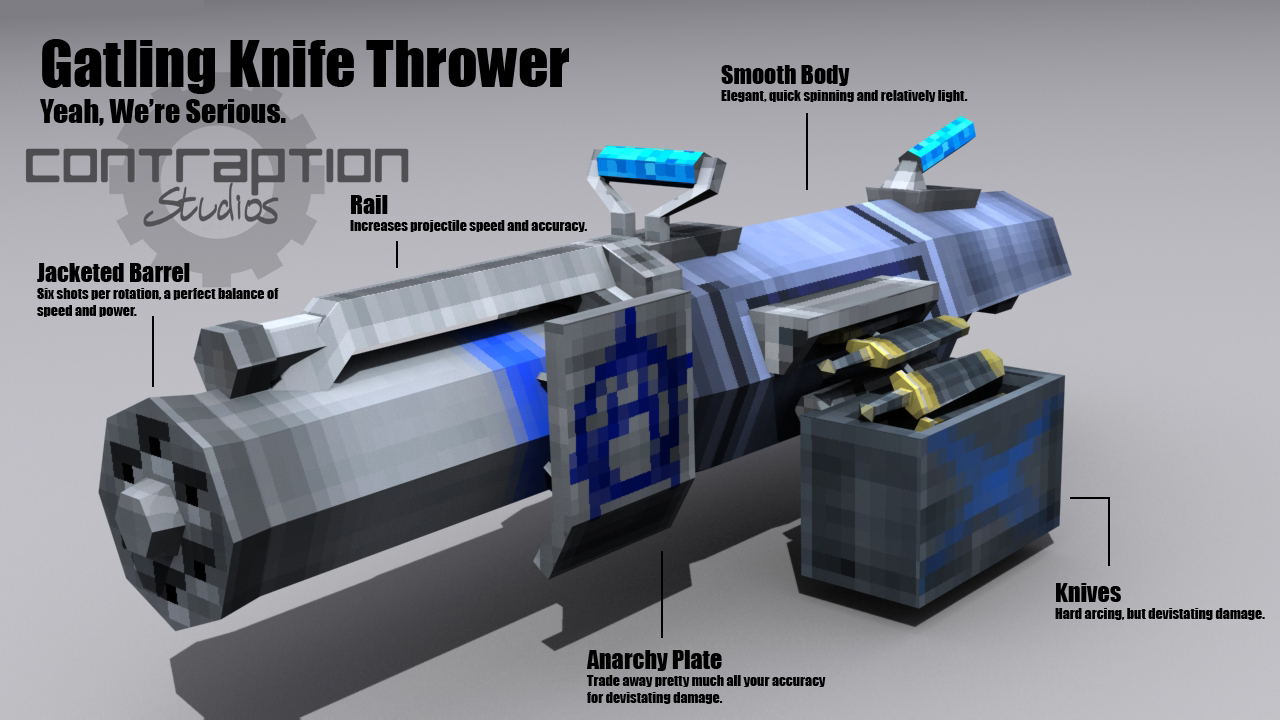 Look at how smooth this is! That's because it's a Smooth Body, which is lightweight and reduces your spin up time. Knives are this big gun's weapon of choice, allowing for distant, yet painful dismemberment. Its topped off with the Jacketed Barrel, the perfect balance of speed and firepower.

This Gatling Gun also has two attachments. The Rail increases speed and accuracy, while the Anarchy Plate completely ruins whatever accuracy you have in order to make things die faster. A weapon like this, you park it next to a boss or some other nearly-invincible enemy and watch it erode through their health in an instant!

So just how may Gatling Guns can you expect to find in Bloodcrusher II? Well think of a number, and if you guessed anything larger than 172,523,328, you are absolutely correct! And be sure to remember, while these Gatling Guns are ferocious beasts, imagine what lays in wait for you as you progress further through Bloodcrusher II.

This games gonna be great!

Should the knifes be facing the other way or you'll be shooting knife handles..

It flicks them out, as if it were throwing them.

Also it looks way more awesome feeding into the gun this way. Just... don't try to think about the logistics. It's not that kind of game!

I vote for rapier throwers.

or crossbows that can fling anything! buzzsawbow!

HOLY MOTHER OF ALL THINGS HOLY!