It's been awhile since we posted any news... In blog 112 we have the new and improved Atreides Sand Bike, the Harkonnen Missile Launcher and some new shots of a map in progress called Shield Wall.

Hello and welcome to this long overdue Battle for Dune: War of Assassins blog! It's been a long time since we last posted any form of update but that doesn't mean that we haven't been working. We have been spending a lot of time fixing up models, rigs and trying to get values just right.

Looking over most of our old models we felt that some of them really are lacking, such as the Mongoose, Minotaurus and the Sand Bike. So LR01 has been looking at concepts and Westwood renders and is has pretty much finished off our new Sand Bike.

It's looking a lot better, more detailed and the polycount is higher too because the older version really wasn't up to standards compared to our new Mino and Mongoose. 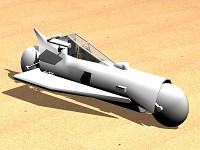 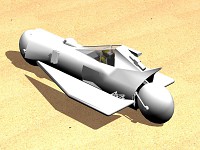 As you can see, it's pretty much done. 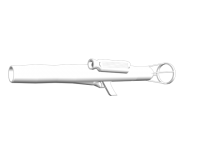 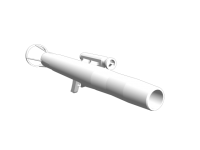 The scope on the second render looks better, it's just light shining off.

Shield Wall is a map that Fluffy_Opossum made about a year or two ago called C&C_Arrakis. I've imported it into 3DS Max and started to rework a lot of the terrain and replace a lot of boolean tunnels which really do kill the map, most of the tunnel replacements are done and most of the main terrain changes are done. 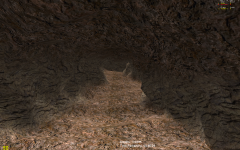 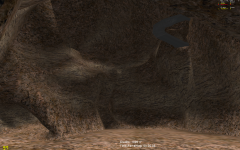 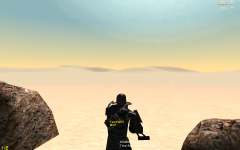 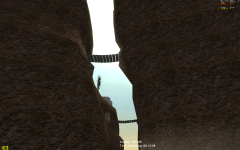 
So where are we?

We have been very busy with mostly fixing all the broken stuff in the game such as balance issues, vehicle and infantry rigs and the odd map/model fix or clean up here and there. We recently also released Alpha 5.2 to our testers who have given us pretty much all the bugs that they could ever find in the current build.

We haven't really been modelling much because there really isn't much left to model up, apart from the weapons. We do still have a few map props to model and a ton of stuff to texture but apart from that we just need to start focusing more on mapping so you guys have more to maps to play on!

Battle for Dune is looking for texture artists, unwrappers, riggers and infantry modellers. If you are interested then please either PM me(TeamWolf) here on Moddb, our site saying why you would like to join the team and some recent work or apply in our recruitment section here.

That's it for this blog, to see all of our other blogs click here. To check out our site and much more, click here.