After a long time of silence, Black Mesa Uplink is back with new screenshots and info on its development!

I recall myself mentioning that the Uplink Redux project would officially run on Valve Time, but that it would actually take this long to get back to you, was beyond my imagination. Word of advice to you developers out there: do not buy a house in need of renovation. That's where most of my free time in 2016 went. Luckily, I'm a happy house owner by now and hopefully that means I get more time to work on this project.

I've managed to work on all areas up to the hangar where you first meet the grunts. In this Redux version, I'm trying to improve various aspects of the game, of which the lighting is a large part. 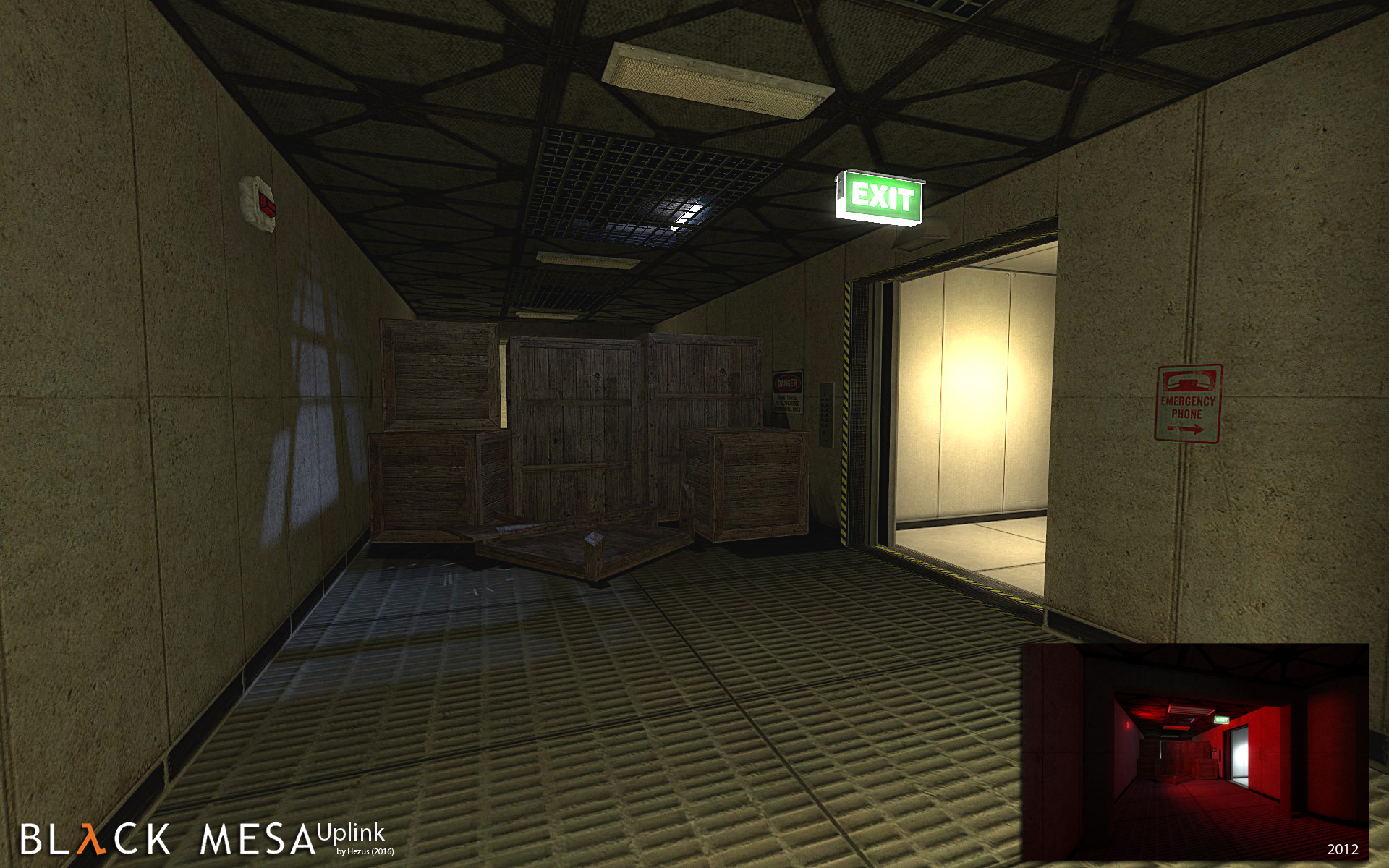 As you can see in the screenshot above, I'm swapping most lights with a softer variant, which makes the game easier on the eyes and constrasts less harsh. I'm also trying to use advanced lighting effects which you can see on the left. This shadow is being casts from the light behind grate in the celing. More of these nifty effects will be present in future updates.

Secondly, I'm trying to improve the geometry to better suit the gameplay, to look more impressive but also to acommendate new story elements. 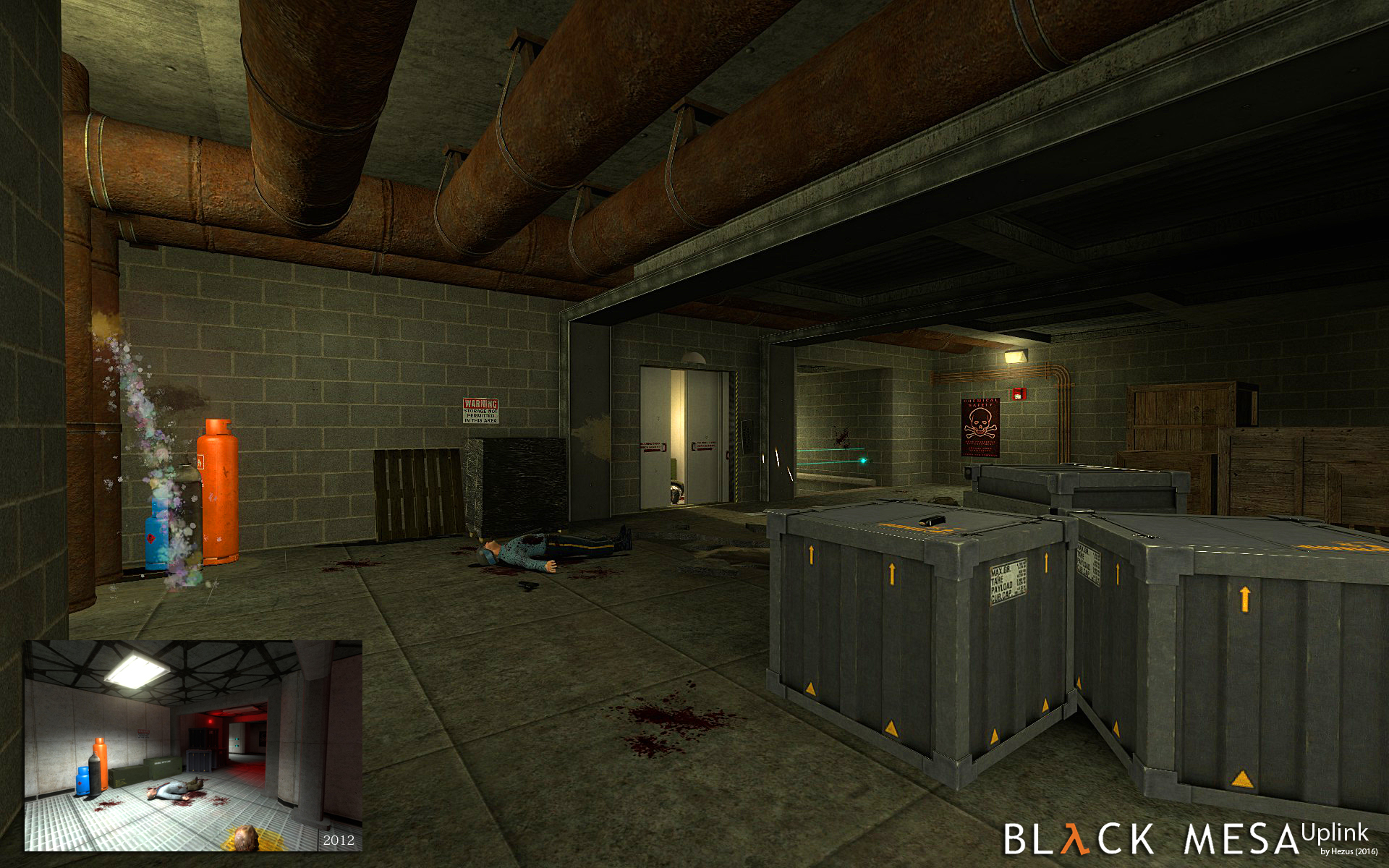 This screenshot shows the area leading to the warehouse. I was never really happy with the transition between the facility and the storage yard outside. This new area (there's a staircase leading down from here) is a bridge between those two environment and extends the gameplay a bit as well. Storywise, this is the place where the Black Mesa Security managed to hold off the marines for a while. The guard in security checkpoint (also more clearly a landmark now) behind you will shed some more light on recent events.

The Steam Workshop has increased its upload limit, so larger projects can be featured there now. However, it still has problems with certain files that are important for making the game work properly. There is an unofficial version of the 2012 release of Uplink on there, but that one requires a few manual steps to work around these problems. I'm still hoping for a better solution from the Black Mesa development team.

When will we hear more?

Hopefully it won't take another year to bring you another update on the project, but the Valve Time development cycle is still active. Next time, I hope to show you new screenshots from the storage yard and the transmitter dome that I'm currently redesiging completely! Until then!

Fantastic improvements, these area's seem to have more of a vast purpose now. Great work!

Sweet wow I forgot about you guys at lease you have the goods keep it up :D

Great update. Just a suggestion: it could be nice if you pose a ragdoll so it don't lie on the ground in default, unnatural way.