Welcome back Mr. Freeman, Black mesa is now available on Early Access, Black Mesa is what we had all hoped half life source would have been, a total re invisoning of the Classic brought up to date with higher definition models, textures and more.

Crowbar collective state. “Making a game with the scope and scale of Black Mesa is a massive undertaking. Back in 2012 we made the decision to release what we had completed up to that point, and were blown away by the community’s response, feedback, and improvements to our work. We want to keep that relationship alive and well by using Early Access as a tool for allowing our community to participate in the final phase of Black Mesa’s development.

In addition, our ambitions go beyond the original Xen chapters found in Half-Life. We have a standard of quality that we have to achieve. Early Access allows us to commit resources to bring you the remaining chapters with the quality that you expect.”

"We currently have the first ~85% of our single player campaign completed. For the last 15% we want to not only recreate it, but improve upon it to make it an enjoyable and memorable experience. We feel it will take us considerable time to get the last 15% up to our standards, and putting a time estimate on it would be a total guess.”

This EA release sees you playing over 10 hours of single player campaign. Multiplayer deathmatch and team deathmatch with 6 completely re-imagined Half-Life 1 maps on the Source Engine. 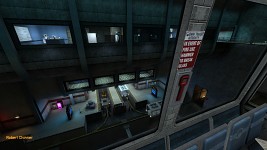 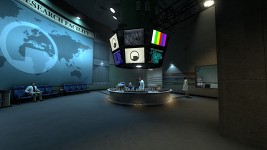 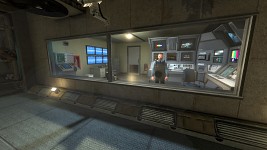 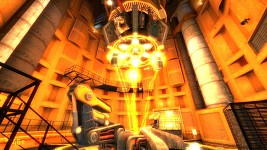 DamN! they Definitely saw it! XD.

Oh god when you reffered to early access as EA I freaked out for a second.

I've been thinking this for a while, we NEED a new acronym for Early Access. xD

I think EA is fine, since they seem to release unfinished products.

You win the internet award, my friend.

I hope they've spent the last two years working on Xen to some degree, otherwise Black Mesa may end up coming out bundled with Half-Life 3!

They can call it 'The Black Box'.

They say they have the first 85% or so already done, but what about the half-included chapters of Surface Tension and On a Rail? Those two halves make up an entire chapter and thus it provides extra gameplay time in the most epic chapters of the game. It is sad that they over-prioritize Xen when there are still other areas that need to be completed.

Lets hope those maps will at least arrive on the Workshop ore somewhere else. :(

There is a old mod for Black Mesa called "On a Rail Uncut", and "Surface Tension Uncut".
They add a lot of new stuff for those chapters that felt missing when playing the vanilla mod/game.

I played through On a Rail Uncut in the Early Access version and it worked without problems.

Those chapters are complete. On a Rail was shortened because people don't really like it a lot, so they modified it. I don't know why Surface Tension was shortened.

There are 2 mods (Surface Tension Uncut and On a Rail Uncut) that add them to BM. Their developer became a part of the BM team, however, he has said he won't add them officially to the game, because he's not satisfied with their quality.

They will be added as mods to the Workshop soon.

Yes, I know of both, but as far as I know they won't work properly with the steam release version since the engine is a lot newer than the mod's engine version.

I guess we should wait for it to be uploaded to the workshop...

Since it's seems like an official remake now that Valve has approved this then maybe might buy it but not a big fan of early access.

I don't often get EA games, however i made an exception here as they proved with the mod release they are committed to the community and that's worth supporting.

Same here, I wasn't going to but I had a week moment and got it a couple of nights ago.

It is still a third party production, Valve just allowed them to sell it. It isn't an 'official' Remake, just approved.

Feels more official to me since they were allowed to get paid for it. It's not like ID software is in a rush to pay me for my open world Doom mod while some mods like Capricorn 7 are trying to profit illegally.

At first i were against it, but after seeing and playing it on friends account for a while i can safely say that it's worth to get. They did a great job polishing first free release into the full game, multiplayer is fun too. There is a lot of diffirence between free release and steam version too, so don't worry, you won't be getting free old version for money. I will be getting this game for myself too, just to support devs/play multiplayer and see what people come up with at workshop. I am genuinely happy that devs made all the way through greenlight, they do deserve money for their hard work.

Oh cool it has mp as it should. But will a little longer until the xen levels are truly done.

As soon as I get my next pay, I will definitely pick this EA game up and try it.

All this waiting, and then the countdown timer, for what? - allowing early access, and not the full release (minus Xen). What a waste and disappointment. Will buy when it's on sale for $4.99.

So what was the timer all about now finally?

The release of Black Mesa on Steam.

Lol okay thanks! I was hoping for Xen

Can I still update my old free Black Mesa for free? Funny I didn't see Black Mesa team releasing info until this new money steam thing happened. Lost my respect, down vote me to ****, its the truth. I'm a mod maker too, and I see this steam thing for what it really is. Its like Ebay, and Amazon. They want sales so they can have a chunk. So Long and thanks for the FAT.

There's nothing wrong with having an opinion, What matters is how it's voiced and you've written nothing wrong so have an up vote.

They have said they will update the mod with fixes and such, but I don't think Xen will be free (otherwise they would have told us by now). It will probably be an update to the standalone.

Hmm, as I played (and loved the legacy mod) I am not convinced to buy this to play essentially the same content, just with added polish. In my eyes the Freeware source mod was already awesome. Also 20 € seems quite a lot. It is praised as incomplete and it seems the 80/20 rule kicked in. Finishing the last 20% takes 80% of the time. I guess there may be more people like me with doubts so half the price, but more sells may have done the trick. The trailer is great by the way, very immersive.

Well, I know what I'm buying next on Steam. =D

Totally pointless to buy it after we all got it for free a couple of years ago.

that would have been a great april fools joke

I've downloaded BM when it first came out, the early demos, it was awesome. Watching it develop over the years has been great too. Good luck guys! :)

If anyone needs Help with mod tools: Blackmesagame.com