In this development blog we'll be talking about new factions, weapons, armors and some information on the upcoming single player for v1.0 at the end.

Hello there! Welcome fellow veterans and newcomers to this Bear Force II development blog. In this blog there is some very big news ahead, including but not limited to new factions, armors and weapons with a big announcement at the end of the blog. This is going to be another happy landing!

As you may guess, both the Sith Empire and the Old Republic will be playable in the next updates, with the addition of new models (corresponding with the factions) and also extra weapons that are coordinated with the Era, with the same pattern we used for the Empire & Rebel Alliance. 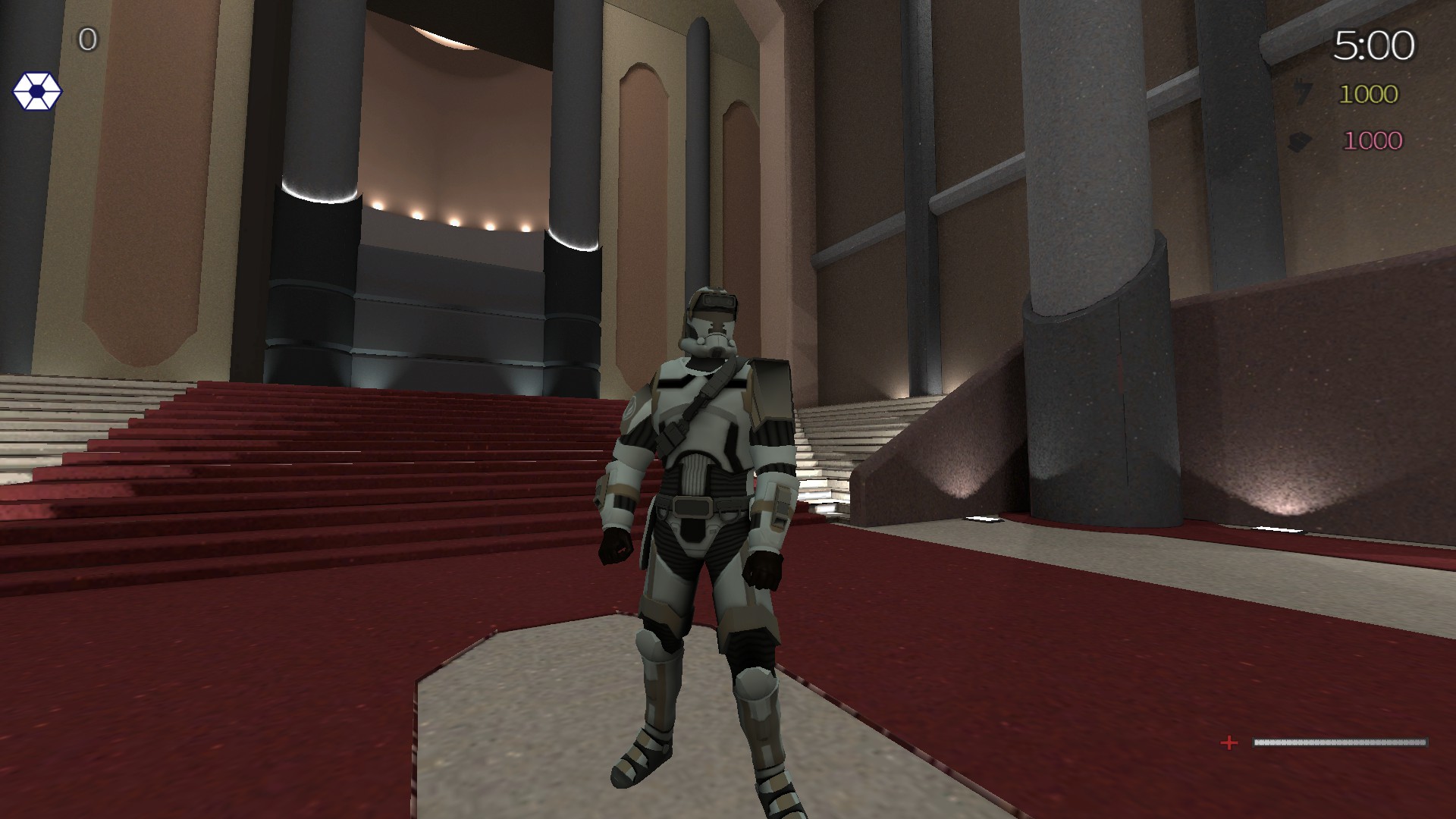 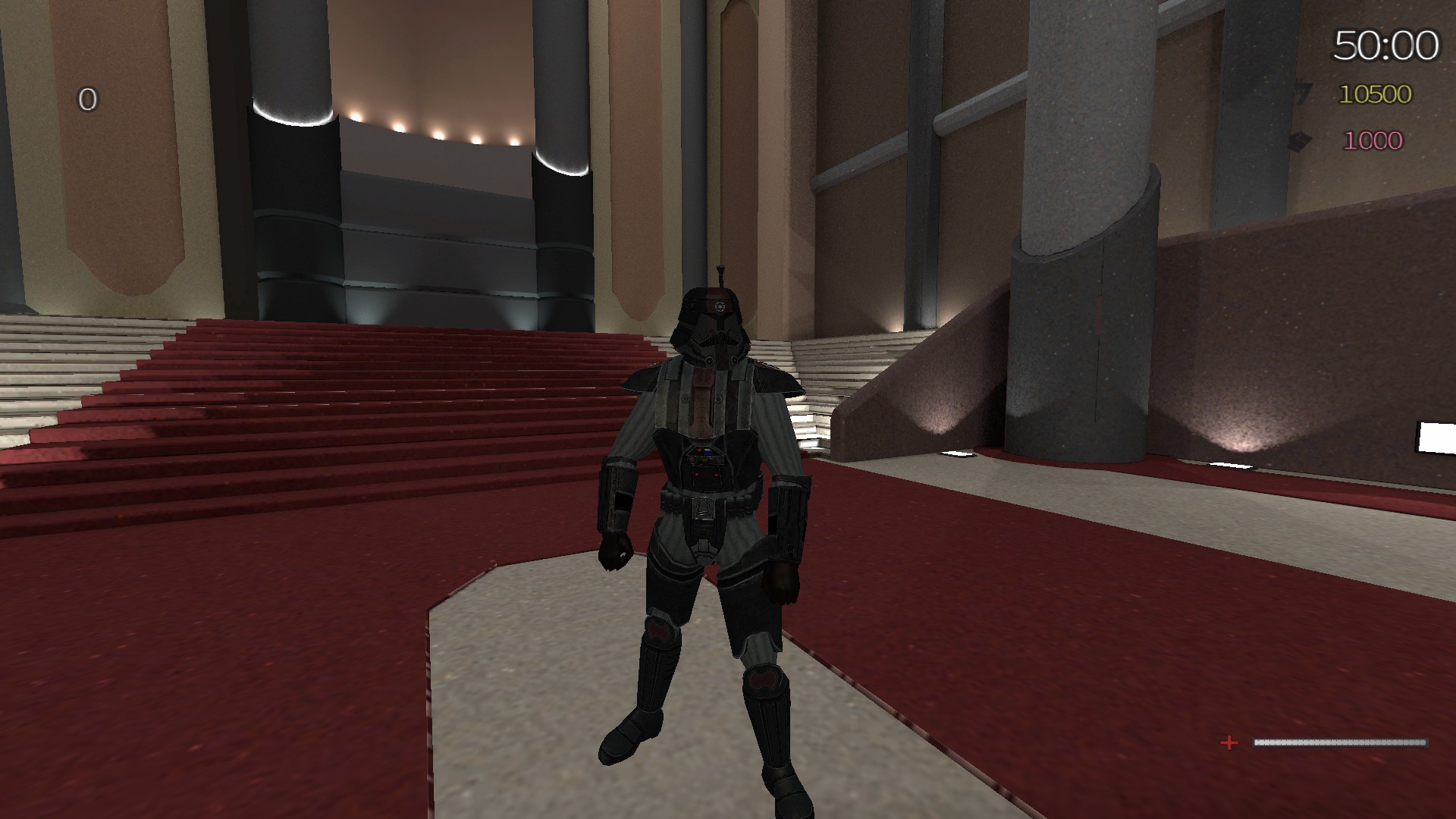 The Cycler Rifle is intended to be a bridge between a normal rifle and a sniper rifle. There is not warm up, faster fire rate but less damage than a normal sniper rifle. This weapon will be excluded to the Sniper class.

With the coming of v0.9 a new/fixed game mode will be in the mod. Capture the flag is a game mode where both teams have a flag, and the objective for each team is to capture and return the enemy flag to your flag. For each capped flag a point is gained, after a certain amount of points has been reached, the game ends and the team with the most points wins.

The changes and additions you see above are planned for Bear Force II v0.9. But after this update, things are far from over, and we are not taking a break. With the coming of Bear Force II v1.0 we are planning big additions, The Bear Force II development team is proud to announce to you that the long requested Single player mode is coming to Bear Force II at v1.0.

The Single player mode will be played in the Clone Wars Era, with all the mechanics currently in the mod at your disposal. For the Multiplayer lovers around us, do not worry, the Multiplayer side of the mod will be developed with the same dedication as before.

Next to adding the Single player mode, some improvements must be made to make it playable, one of which being the AI currently being very limited in the mod.

To end this blog I want to throw a big thank you to our community manager Owen for making most of this blog, and to DarthMongolTheUnwise for helping us to work on Single Player!

For the next upcoming blogs, be prepared for some new game modes, maps, weapons, factions and models.

Stay tuned for more content coming your way in the form of a trailer and a closed beta test. To get access to this Beta you have to either be part of one the esteemed regiments of the mod, be an official tester or part of BadNameStudios, the developers of Bear Force II.

All aboard the hype train! Choo choo!

This gon be good

Did no one notice the SIngle player? xd

Man i've not played this mod for so long ! Is it still active ?

Yeah man! There are some clans doing large battles and events. But keep it updated and installed. Join the random battles of only a few people. Its still super fun!

A surprise, to be sure, but a welcome one!

Absolutely amazing!
I just hope that in the future we will see First Order-Resistance conflict. Though devs are probably not big fans of sequels, TLJ might change their minds.

The 0.8 Dev Blog is not pinned though?

Hmm? Still it is shown to be the latest for me atleast, odd.

Jesus, I remember begging the last team to work on this mod for singleplayer like two years ago, I'm really excited that its finally happening.

Regarding singleplayer, Can we choose which Era we can play in (Clone Wars, Galatic Civil War and Old Republic)?

*Other than the Clone Wars Era, Can we choose other eras (Galatic Civil War or Old Republic)

Eagerly awaiting the singleplayer. Till then I'll just play EaW.

So are there any servers always populated? would love to play this!

I am very impressed with the way this mod is going. Looking forward for 0.9 and beyond.
-Kratan

****** loved it, I like how you guys keep updating and keep being awesome! I'm an incredible fan of the Senate guard which are mah fav type troopers. I love how they did this update, but just a few questions. Before I begin, just a quick disclaimer. I don't program nor do anything with modding so I have no idea if any of this is possible. at the moment, the senate guard pike and shield combo are...severely underpowered. Now I have a few idea's how to make it balanced. Stay with me. I'd like the pike to shoot. (just like the Adeptus custodes has a pike gun). Obviously, this weapon should be severely less strong than any of the other useable weapons. Maybe something along the style of a heavy gun with the damage of a normal weapon or even SMG. Then make it that you can shoot the pike and use the shield. Using the shield with a right click. using the stab with one left click and using the gun with a long left click. Or just change it to changing like you would a javelin. What this would do for the game is change how one plays big maps and gives you guys the chance to create even bigger maps. A well-organized team could have a part of them using shields and pikes and a part normal. Using the shields as cover. This is already possible but it makes a player almost useless since they can't fight. Using this style negate about half of your forces, so normally it's better to just run for it. Adding this mechanic to the game would make it a viable option to have basically shield walls. This would obviously require a lot of skill and training to do so it's not just adding a stronger gun or just upping the meta but it would change how people play the game. To me, it would be a dream come true if the Senate guards are ****** awesome. Thanks and again I have no idea what you guys are capable of and how this would work. Awesome mod!!!

Good suggestion. I'll look into it and see if I can make something work!

Done! Going to include it, thank you for the suggestion!

how can i install this mod? i downloaded and i got the BFII09.exe but now where do i put this so I can play on steam?