Releasing the finished 3D model for the most important weapon in the game, plus development information and stunning new art in this article!

Releasing the finished 3D model for the most important weapon in the game, plus development information and stunning new art in this article!


The last article was all about the mentor, which we have presented to you. Because of the MOTY2012 Awards we are publishing another piece of candy for you guys.

The Dream Gun - Your little everything!

As you already know, the dream gun has been long into production. First, we came up with various designs and then I realized that this little piece needs to be more than the average Gravity Gun, something out of the ordinary. There was quite some critique on the way, because I kept pushing the design further and further, I simply wasn't satisfied with the results. It was the moment I realized that we need those little details, which turns a great design into an amazing design. So, I went to Kris Thaler (Chief Artist at rmory studios) and asked him for a little favor and he then did the amazing design you already know. 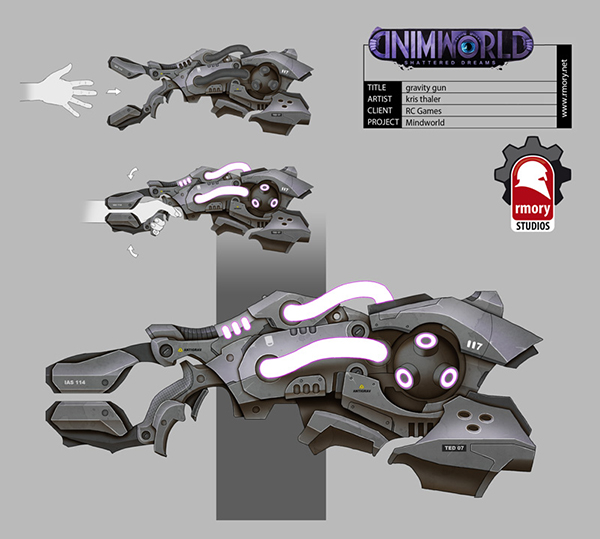 Now, the hardest part was to find a 3D artist, who was able to realize this beauty. While many people tried to get their hands dirty with this design, most people flaked out, because the design is more complex than most applicants thought. We didn't want to go back to the old design just for the sake of having something done, though. It definitely costed some nerves, but I stayed true to the quality standards I set in the beginning and continued to look out for a talented 3D artist, who could do this job...

The interesting thing is that not only did he do this amazing job on the model, but he also did it in a very short timespan. While most applicants had about 6 weeks for the complete model (including lowpoly model and textures), he did it in about 5 weeks WITH design changes and lots of back and forth from my side. 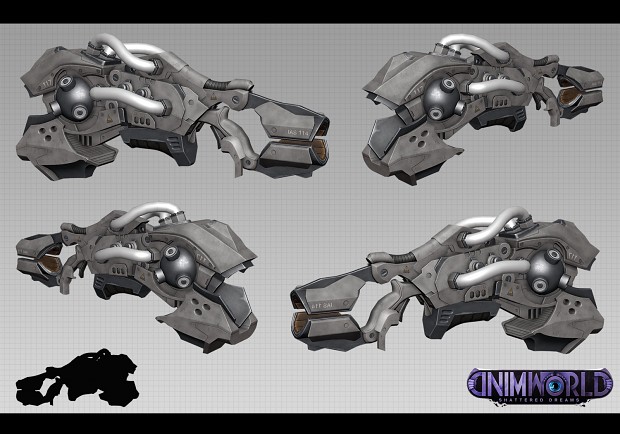 I already praised quite a few people because of their working ethics and their talent, but he deserves it like nobody else! The gun model was an art test to see how hard working the applicants are and how skilled they are, but I think Adam Johansson aced this task!

Nick Seavert has done some beautiful snowfall for us, which is implemented in the first level. There is also some snowstorm going on, which you can see in the piece below, but you'll see that in video material in all its beauty when it's ready. 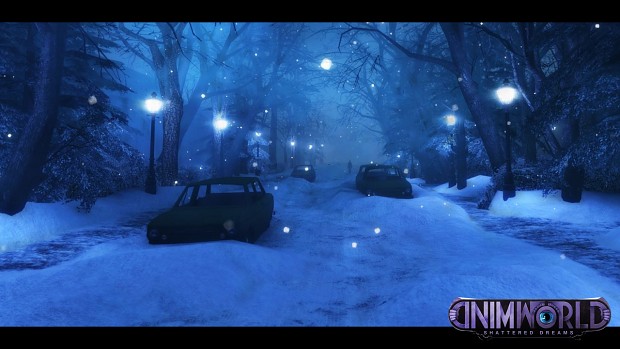 We are also planning on exchanging those car models with our own content when we re-work the area.

We are currently looking for Programmers!

The main task is going to be the realization of movement features like double jumping, floating in mid-air and dashing. You are going to start with a test task first, which is the implementation of countour lines of certain objects similar to Left 4 Dead. It's no wasted time, as this is a feature we are going to keep in-game, aswell.

You can work with us while simultanously concentrating on your daily job and/or other projects, as we offer highly flexible working times. Also, this position gives the great chance to work with an extremely dedicated team, which has been working on this game for almost 2 years by now. There is no risk that this project is going to die within the next few months or so, as the foundations are mainly built. While there are no monetary rewards, we offer the great chance to produce great portfolio material. This is due to the fact that we are mainly working with professional artists, which means that you can expect high quality video footage for your website or blog.


We hope you have enjoyed this article and all of the presented art.

Man, I really hope I don't die before I get to play this! You guys seem very organized at what you're doing!

Kjell you never cease to impress me. The quality of Mindworld's work is impressive and that is no doubt the result of a team leader with some serious leader skills (and patience, and a 'vision'). Attracting the right team members and keeping them happy is no small matter. Of course the work of the team members themselves is impressive too, so hooray for the the team of Mindworld!

Thanks! But keep in mind that I'm not leading this team alone, Leiste is always on my side to help me out when I don't have the time, which is quite often these days, it wouldn't be possible to lead this great team alone.