The rebirth of Apollyon has given a breath of fresh air into this old lifeless tale of one man's dark descent into villainy and the unknown. Come join us down in the deadly chasms of the asylum as we take a sneak peak into the new features of one of history's most clouded and elusive horror stories.

Hello everyone, I'm proud to announce that along with the new year, I have taken a new direction with the art style of the Asylum as mentioned in previous news. The old assets that created the aesthetic of the environment and the surrounding grounds around the asylum, gas station, and caretaker's house have been trashed due to the lack of quality and robustness. Though the setting may have changed a bit(don't worry, it's for the better) the story, characters, and action/puzzler genre has stayed true just as it has marinating in my brain for these past few months.

I've taken some in-game footage of the new features that have recently been implemented; A fully dynamic and seamless Day/Night cycle for your viewing pleasure, the Thompson SMG to get your old-school mafia kicks, and an old drivable Ford Model T that will be needed for various gameplay sequences throughout your stay at the Apollyon Asylum. Take a look at the new video and screenshots below!

Some of the new features that have been implemented:


And a few new screenshots to show the new township of Apollyon: 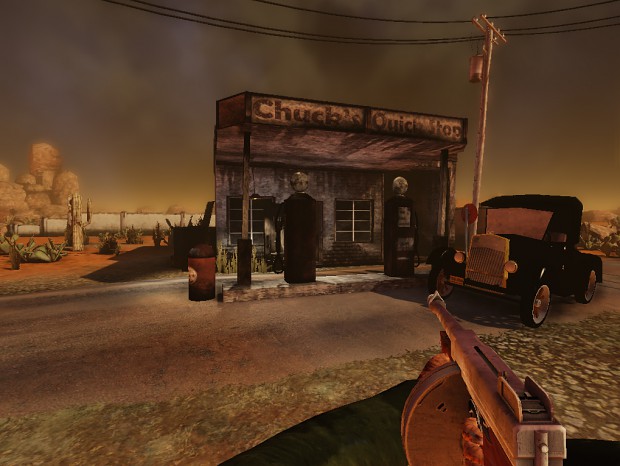 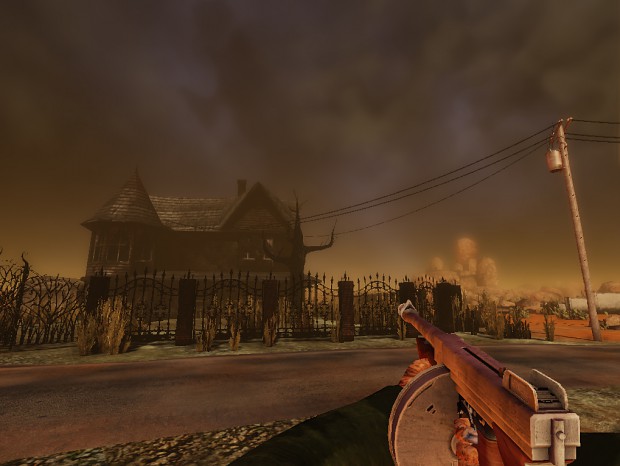 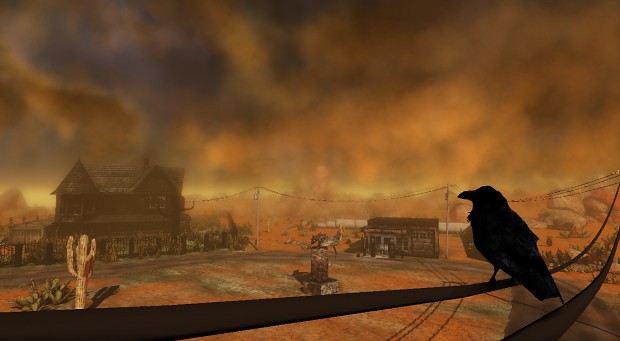 
That's it for today, but come join us and give any feedback you may have, I would love to hear it!

Also, I will be recruiting soon for a few positions to get the asylum done and full of grandeur.(environment artist, kismet/gameplay designer, audio engineer, and possibly a character artist) if I didn't list your expertise, send me a mail anyway and tell me why you think you could help the team, might be something I didn't think of :)

Thanks for checking out Apollyon Asylum, look for future updates at our ModDB homepage!

oh man. I can't wait to see where this is going!

I like your matinee sequence for the garage and then getting in the car. Pretty smooth!

hey that day / night cycle is really cool. nice one : )

thats awesome ill be looking forword to the updates

I've been waiting so long for an update and it's finally here! It's looking great and very promising!

I especially enjoy the day/night cycle. I'm really curious to see what improvements you have made inside the asylum!

it is like clive barker undying the second picture, a inspiration of hp lovecraft