Here to once again reveal just a little slice of H:CaW it's Apex Studios Weekly Update 21/08/2010. New ships and new info inside...

/start file/
Hi there, we have returned from our rather lengthy absence in order to bring you yet another awesome-packed update straight from the source... which be us... :D.

Two new Covenant Ships, the Covenant Reverance Cruiser and the Covenant Bombardment Corvette, these wonders of Covenant engineering were provided by our friends over at Sins of the Prophets: Moddb.com 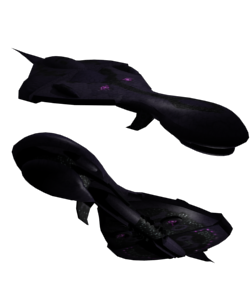 The Covenant Reverance Cruiser is one of the largest ships in the Covenant armada, armed with 8 pulse laser turrets and 4 plasma torpedo launchers it's impressive arsenal is enough to fight off almost anything that comes it's way. 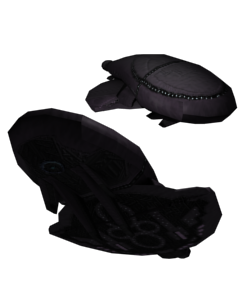 The Covenant Bombardment Corvette, or CBC, is a small, lightly armed ship, it's six plasma cannons make it a significant threat to fighter craft and other ships of it's size. This class of corvette has a secret weapon, a forwards-firing pulse laser which allows it to tackle ships much larger than itself if the correct tactics are used. 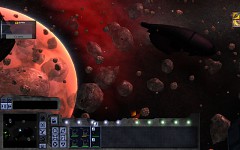 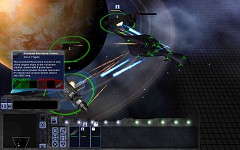 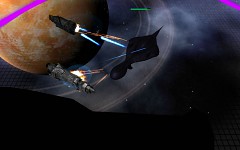 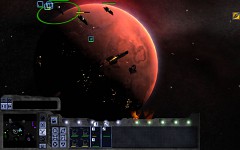 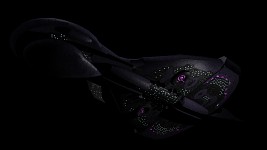 Seriously, because Anh has something pretty flashy to show off aswell, you aren't getting any spoilers from me, so be sure to keep reading.
/end file/

It’s pretty awesome so far, unbalanced in places, but awesome. The Covenant win almost every battle (no, they aren't too strong, they are just too many). But it's fun. Everywhere you look, something is exploding or is melting down, missiles rocketing through empty space waiting for impact, plasma bolts ripping apart the many fighter swarms, and away is your fleet and half of theirs…
You’re under constant pressure, trying to keep the covenant away from your base at any cost, and rushing to their base in an attempt to avoid any covenant ships that may be waiting for you. During one test I did something wrong and they “appeared” at my base, destroying it with bombers en mass and big ships holding of anti-fighter operations (Makos have very little armour).

As some of you may have noticed, the website’s been down for a while. We were moving the servers, still hosting with a friend, but we're on our own server now (together with the aforementioned friend). It is way faster of course, giving us the opportunity to satisfy more people at the same time and giving them more than just the website back. We've got new forums now:Halocaw.net
myBB 1.6, in my funky sparkling eyes the best forum software in the world, will help us to overcome those rusty old forums with aging software (IPBoard 1.3, which is roughly seven years old) and fill the user-friendly gap between us and you, bringing us into the new era of internet. It also got an exclusive design, based on Aaron Clifford’s myBB gamer design. Feedback in any way is appreciated.
The visible changes I made to the website since it was down have been minimal; I even can’t remember them anymore. But the chat is satisfyingly working again, I tested it today. And looks like the auto-refresh feature isn’t necessary…
Oh, and it’s NOT finished yet. Most of the time spent on the website was used on rewriting the code base, making it more modular and to support more and more stuff (that may come within the next months). It was already efficient, but not efficient enough for my needs (the code base can be easily re-used for any type of project I need to create; even a complete browser game a lá OGame is possible with it). You can expect more features coming soon.

Just in case you weren't listening... well... reading, for that last bit we have new forums that are integrated into our shiny new site, you can find them here: Halocaw.net

I like the new covvie ships! Any chance of there being an appearance of the new Covenant ship revealed in the Reach trailers?

A very nice update, and I love the Carrier! Well done.

nice cove ships how are the unscs going

How many ships can the UNSC produce and how many the covys can?

Depends which types of ship you want to make.

around 40 for both as I know

So why dont u guys make more UNSC ship slots, 'cause it takes 3 medium size ships to destroy one CCS

Because the Covenant ships have a higher population value than the UNSC?

so now where gonna focus on the unsc ships now?

The UNSC already have a rather large array of ships to choose from, but yes, there may be more additions in the future.

Is there any chance you will give out a Covenant ship demo?

Not yet, there are a couple things that need doing before we reach that stage.

Just counting the days till I see the godliness of this game once more.

I look to the heavens, in search of a sign that will tell me the future of this world... But I see one thing that is totally ominous.

A cloud in the shape of a Covenant Supercarrier.

What is to become of this world I ask?

Keep working on this game!