Finaly the wait is over, the much anticipated rebirth of the bf2 alpha footage is ready for its first release!

Hello battlefield fellows! Finaly we will release our first version of alpha project, first of all let me thank all the developers and contributors helping making this possible, without them the mod would never became what it is now!

The first release is as the mod title already says in "alpha" stage, so there might be bugs which still need to be fixed, let us now when you found a bug and post it in the comment section! The download will be ready on 1st August 2011 this news might be posted earyler thanks for your understanding!

(let me know if we missed someone, detailed credits are included in the downloads credits.txt)

You can find the special weapons pickup kits at map predefined locations, like
on the maps mainbase. There are also hidden pickupkits on some maps! 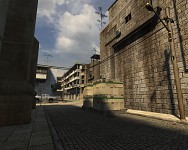 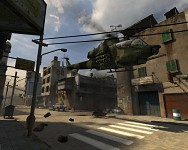 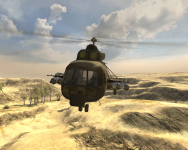 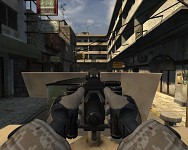 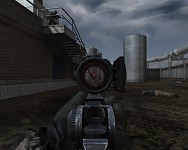 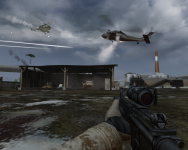 No one commented yet? Oh I guess your too busy in the download section. :p

Were to busy fapping to it's awesomeness.

We got a grammar Nazi in the house! XD

Sorry, I like to speak present tense. It's more fearful!

Hehe i think more serves will be up later when i have time to find admins who wana run it, please feel free to bugreport so we can have the last issues fixed :)

Who is giving JONES negative points? Give him a break for ***** sake.
I guess someone be trollin' in here.

Weapons like Shotgun or Sniper Rifles stay in zoom after shooting and I can't fire the Sniper Rifle thats located in the hangar on the Divided City map or on the carrier on Zatar Wetlands.

Am I the only one with these Problems?

btw: Im playing on 800*600 and all sniper scopes look fine. Maybe increasing AA might help you.

thats a .50 cal they balanced it so you can only shoot while standing. you cant shoot while bolt pulling and you cant zoom out either :/.

niiiiice, time to swap PR and SoF with this! :D tbh, i looked out to this more then pr xD

So speechless you posted twice?

For anyone experiancing crash while pressing join or menu/kitselection realted crashes download this quick menu client hotfix, others should go fine without it!

a getting-hit feedback (red flashing screen or whatever) yould be nice. Sometimes after a firefight u don`t recognize it that u got hit several times and only have 1 hp left^^. Next thing, Bot`s act a bit stupid on Divided city 16, AI controlled Abrams is just spinning around, sometimes Bots just run out of the warzone (u know what happens to deserteurs xD)

omg why is everyone playing 16p layers? the divided city 16p layer is known to be buged

You really should debug your mod Jones

Is the mod crashing because of that?
No so its no problem, only because the debugger says something it doesnt cause problems all the time we do know all that and it is not causing any problems!

Remember the debug exe is as old as the game itself!

The debugger is only usefull if u have crashes while loading the map, for everything else it`s useless

Then you sure have alot to learn about the benefits, of using the debugger

I have done debug work for AIX,NAW,USI,Nuke Mod,BOM Racing and a few other mods
How many mods have you done debugger work for ???

Feel free to contact Clivewil,Guedoe,Wolfi,Kano,Pheps or Tipus4u
If you want to verify my claims

Have a nice day

Really looking forward to trying this - truely new innovation in BF2 at this late stage in its life is very rare and greatly appreciated :)

Hello JONES or anyone please help! I REALLY like your mod ive seen pics and IT LOOKS GOOD! BUT heres the prob :( I Installed it to mods folder then i went to community > custom games >Alpha Project>Activate

Then after a few seconds of screen being black it crashes to desktop!

don't do that i told you already. there is a shortcut inside of the alpha project folder. this mod probably uses some custom content that can't be activated through the menu of bf2. use the shortcut and that will fix the problem.

seems the most likely hypothesis

Some really awesome work out here. Something that no other mod ever had.

Tracking so I can come back later. Mod looks good.

Any chance of its own forums??

Argh it keeps crashing while loading or when it's analyzing the client. Especially when trying to play a single player session w/ bots or Co-op server.

On 800x600 res the horisontal line in the(i assume) m24 scope is not visible.
Don't know about other resolutions cause it lags already with the lowest one.
I1090.photobucket.com
Or is it supposed to be like that?

change your res to the first setting that starts with 1024. i don't remember the other numbers in the setting...

same for me. the game loads fine and runs lag free but then it crashes after about 15 minutes of play. could it be because i tried to run it on 1.41 and not 1.5?

hey is there gonna be a mappack on the way anytime soon? i love the mod but i only really play singleplayer and there's only 3 maps out of which 2 are playable on my computer because karkand sandstorm lags too much...

Hey downloaded this and when i go to start it FROM Desura the screen is black and takes me back to the Desura were i launched it? HALP MAI!