after updates were a bit rare recelty i decided to post you the status of the Alpha Project development and what we planed for the upcomming 0.3 release...

Its been some time since the last Alpha Project news post and i decided to give you a little bit of a overview of what you will see in the comming 0.3 version of our mod.

For 0.3 you can imagine to get alot of new content, including the new chinese PLA faction with its wide variaty of new weapons aswell maps set in the far and middle eastern theatre.

Different time of day and weather will be another focus which we are looking for our maps to become more interesting, however this feature will be layer-specific, this means it depends on what map size you are playing (16,32,64)

Beside this we will have a ton of new weapons and customization possibilities, you will be able to set different ammuinion typs for shotguns and grenadelaunchers for example, to suit your liking and situation.

Of corse there will be also a bunch of new animations for almost any weapons, right now i would even say we replaced all vanilla bf2 weapon animation sets with custom ones already, this was not always easy since we needed alot of contributors and permissions from various people of the bf modding scene in order to archieve this, as our team is not realy big at the moment.

This week i prepared a video for you showing some gameplay of the current ap 0.3 build on a old known map thought showing some new animations, sounds and textures you might have not seen yet, the video will be linked at the end of this newspost.

With that said i want to thank everyone involved in helping getting the next version of the mod done, especialy i want to thank our newest members TheObscure and Ironclad2014 for joining us and helping me where i need it! Thanks alot guys!

In the end i uploaded some brand new screenshots for you aswell the already aboth mentioned gameplay video, i hope you stay loayl to us and stay tuned for our next release! :) 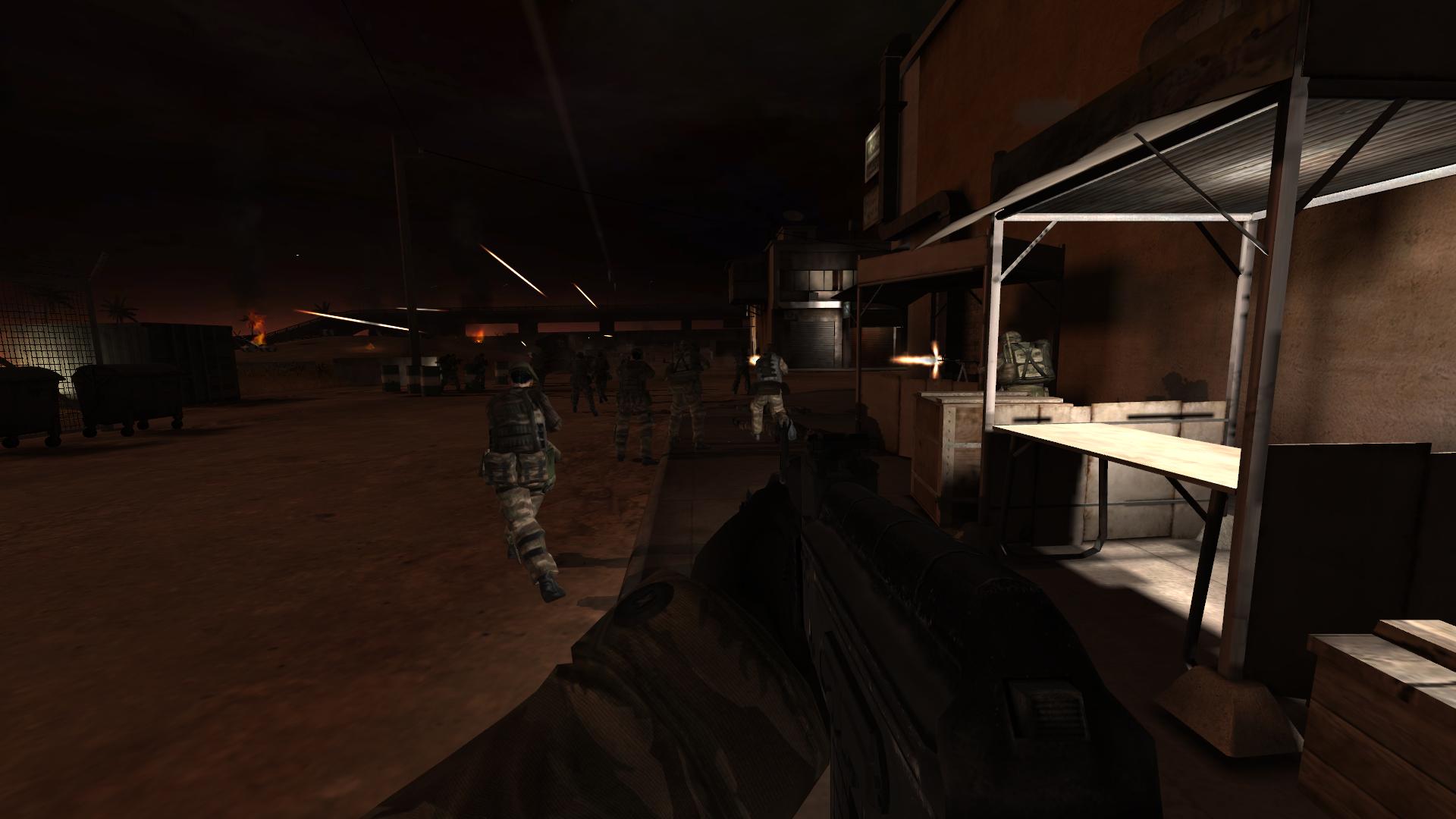 These are awesome news Jones. Thank you.

Glad to see you are still alive.

really liking the look of that map, some of those weapons look excellent. Well done!

Love it! And all the new content look so exciting! Thank you.

Nice to see AP growing up :)

of corse you cant, you gotta thank EA and Gamespy for this, what do you expect?

how about revivebf2 ? this mod must have at least one server, what's for all this improvements have been made? i thought most of the community already bored from bots

if you guys would have seen what i wrote in the comment section already 3 times then you would know that we are going to corporate with some kind of community online service, its still a long time till then, no need to think about this already now...

Nice to hear that, so

Nice info! Really looking forward to the next patch.

It won't be a patch, it'll be a full release

So excited! Just wondering how many new maps you plan to release in 0.3?

*Heavy Breathing* Awesome news. But one question: Will there be an AC-130 in this update?

How'd you do the 3D sniper scope and pinkish mist blood? I really like those! Also, Jones, if you've talked to Develop recently could you tell him to message me and let me know if he is still going to work on Bf2 World at War? It'd be a huge help! Thanks!

At this moment he is busy with school and exams so he is on a modding break. He told me this a few weeks ago so I don't know when he'll be back. He is also busy doing a lot of animations for us as well so we are waiting too :(