If you have backed us at the Adventurer tier (£50) and above, you should have received an email with a detailed step-by-step on how to access Legrand Legacy’s Alpha demo. Please note that the Alpha is available via Steam only, but don't worry, you will still get the DRM-free copy when Legrand Legacy is officially released in September 2017.

Posted by LegrandLegacy on Apr 7th, 2017

Calling All Adventurers and Beyond!

If you have backed us at the Adventurer tier (£50) and above, you should have received an email with a detailed step-by-step on how to access Legrand Legacy’s Alpha demo. Please note that the Alpha is available via Steam only, but don't worry, you will still get the DRM-free copy when Legrand Legacy is officially released in September 2017.

If you missed our Kickstarter or don’t have a credit card, fret not, you can still support us via our PayPal.

What’s All the Fuss About?

The story will pick up where we left off at the end of our Pre-Alpha. Finn and Aria continue on their journey to two very different yet wildly fascinating regions, where they are met with new creatures, new characters, and possibly a few new NPCs to recruit. However, in true Legrand Legacy fashion, not everyone is who they seem to be - who are these mysterious new characters and what secrets do they hold?

Sounds Fun, What Else?

We took your feedback from the Pre-Alpha and have made improvements in several aspects, including battle system, user interface, visual effects, script, cutscenes, music, and sound effects. Here are a few screenshots taken from the Alpha to show you some of these changes.

The most important thing to note is the battle system. At the beginning of our Kickstarter, we put out two different versions of the Pre-Alpha to get an idea of which battle system everyone enjoys more. Most of you preferred B version, where the ACT appears at the beginning of each turn, so this is the battle system that we will be using going forward. Also, you can now choose WASD or ABXY, depending on whether you play with a keyboard or a controller. You also have the option to switch to one ACT position (not random) if you just want to enjoy the story and prefer an easier journey through Legrand. 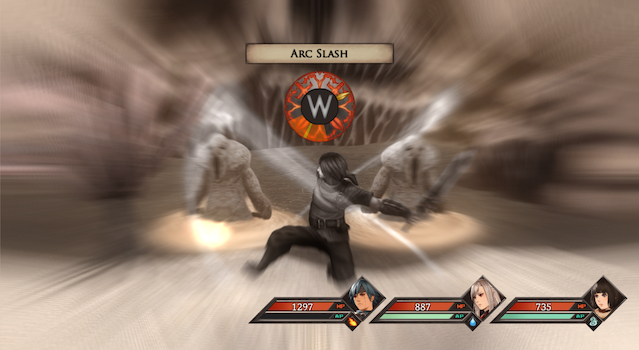 In addition, you can now see a monster’s stats, including its type and weaknesses so you can plan your attacks accordingly. Did anyone notice the new character portraits? 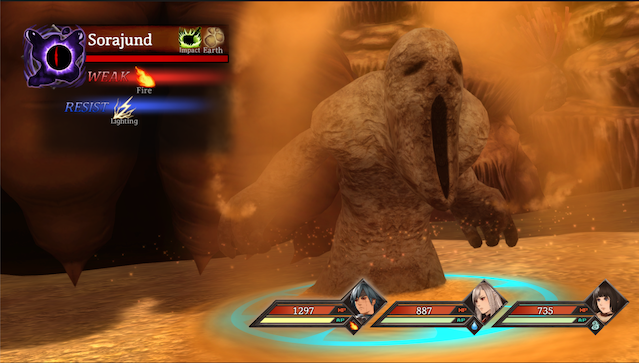 Remember Klahmaran? Well, he’s back with more fire than ever before! Finn and Aria better step up their game. 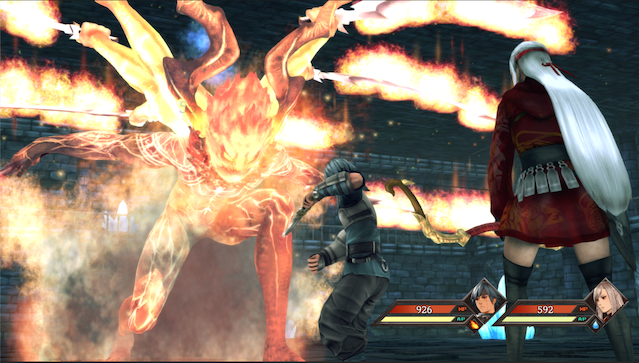 To celebrate the Alpha release, join Finn as he literally runs through some of the regions in Legrand in the new soundtrack video below.

There are other notable changes too, but you just have to play the demo to find out more!

Help! I Spot Some Bugs!

We’ve worked very hard to iron out most of the wrinkles, however please bear in mind this is an Alpha after all - some bugs and rough spots are to be expected. Part of what makes this community unique is that you get to shape the game as it is developing. As such, we appreciate it if you can email us with any problems, issues, or concerns at support@semisoft.co or log them through the link below so we can address each and every one of them!

What Do You Think?

This Alpha phase marks a major milestone for all of us at Semisoft and we are thrilled to share this exciting journey with you. So what do you think? Do you like how Legrand Legacy's Alpha sounds? Please let us know if you managed to discover some of the fun Easter eggs we sneaked in there and if you have recorded a playthrough video, don't forget to share it with us!

This game is like eye candy, congrats on the kickstarter project, looking forward to seeing it on the front page of Steam!

Thanks! We post weekly eye candies :D Have you tried the demo yet?