An Alpha Demo is now available for public testing, mostly to put various 'engine' additions through the hoops.

Well, I have finally put together a small Alpha Demo of the progress I have so far. Mostly this demo is about putting the new code through the runner, and has nothing to do with the additional quests, plots, dialogues etc. It is all about the added features. And not even all of those are being included. However, enough of the code has been rewritten (huuuuge swaths) to warrant testing new features, and old, to see whether or not I have introduced some new game breaking bug.

I am providing access to this Alpha Demo in the hopes that third parties can put it through the ringer, and spot any issues that may have escaped my attention. The Demo does not include any quests or real story-based gameplay. Just technical stuff. You can fight, cast spells, check stats, search for stuff, buy/sell stuff etc. There are several towns, and a shrine, and a dungeon, that should all be playable/testable.

Here are some screenshots showing various features of the demo. 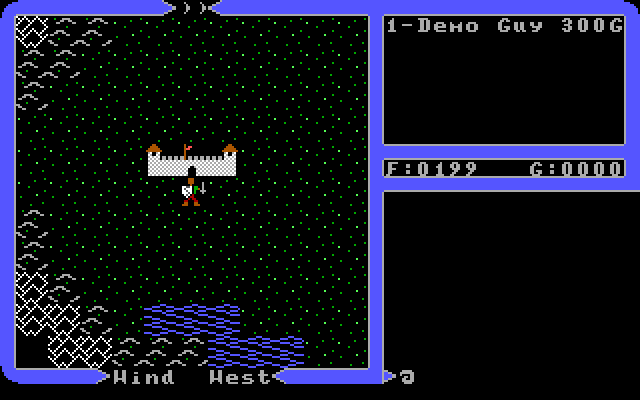 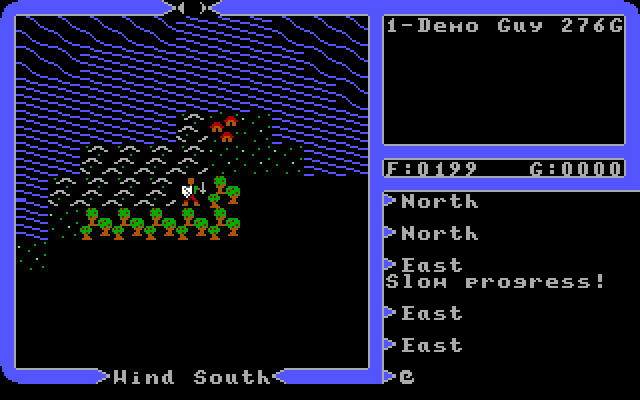 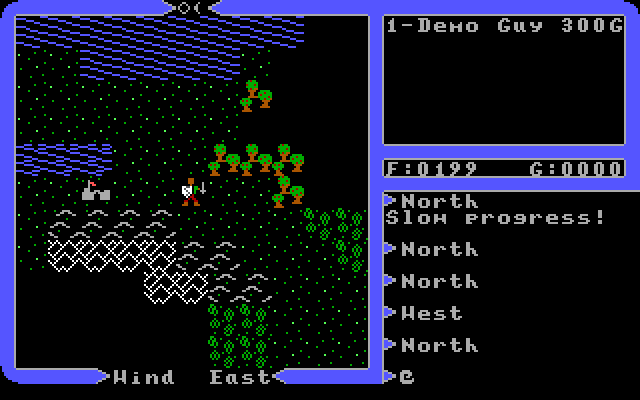 The Demo verison of Britain. Not all is as it was 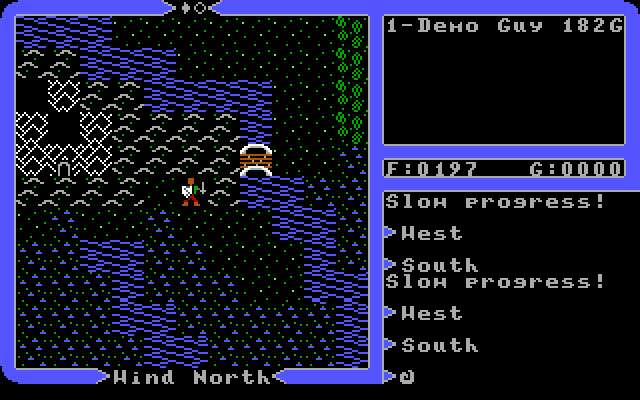 What dungeon is this? Probably Destard. 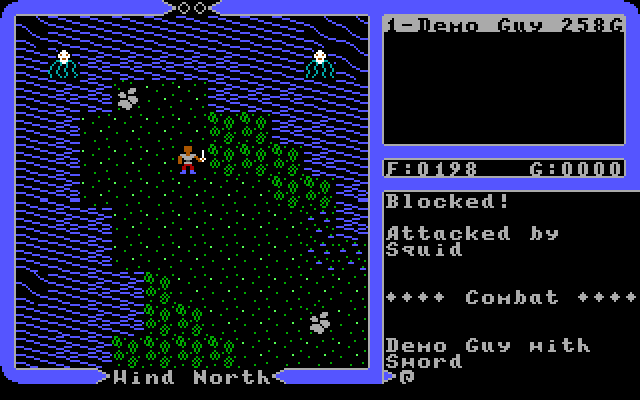 The things I am looking for interested parties to test out are:

Some of that might be a bit esoteric, so really, any hammering away at the game to look for actual game stopping bugs is greatly appreciated and sufficient.

A final note: The demo is playable in the browser, on the linked page. You can save games, close the browser, and the save game will be restored upon revisiting the page. In theory. There is a comment section below the demo where any issues can be noted. If that works. Which it does not, occasionally.