Hi, moddb!
Thunder's Leaves - my second project, modification for Half-life 2 Episode 2 (my first project - is Antlions Everywhere). Half-life 2 isn't so popular as earlier, but I hope that I will be able to find support from community.
In process of development I will spread quite often new information,also in future I plan to make a demo version. At the moment about 20% of planned is made, however I can't designate exact date of release. While creating this mod I am guided by gameplay innovations about which I will tell during development.

Some screenshots and details:
About main character: Vincent Green is the member of Amper squad. The Amper squad controls the suburb - the territory of the city-L which has the status of "the military city". 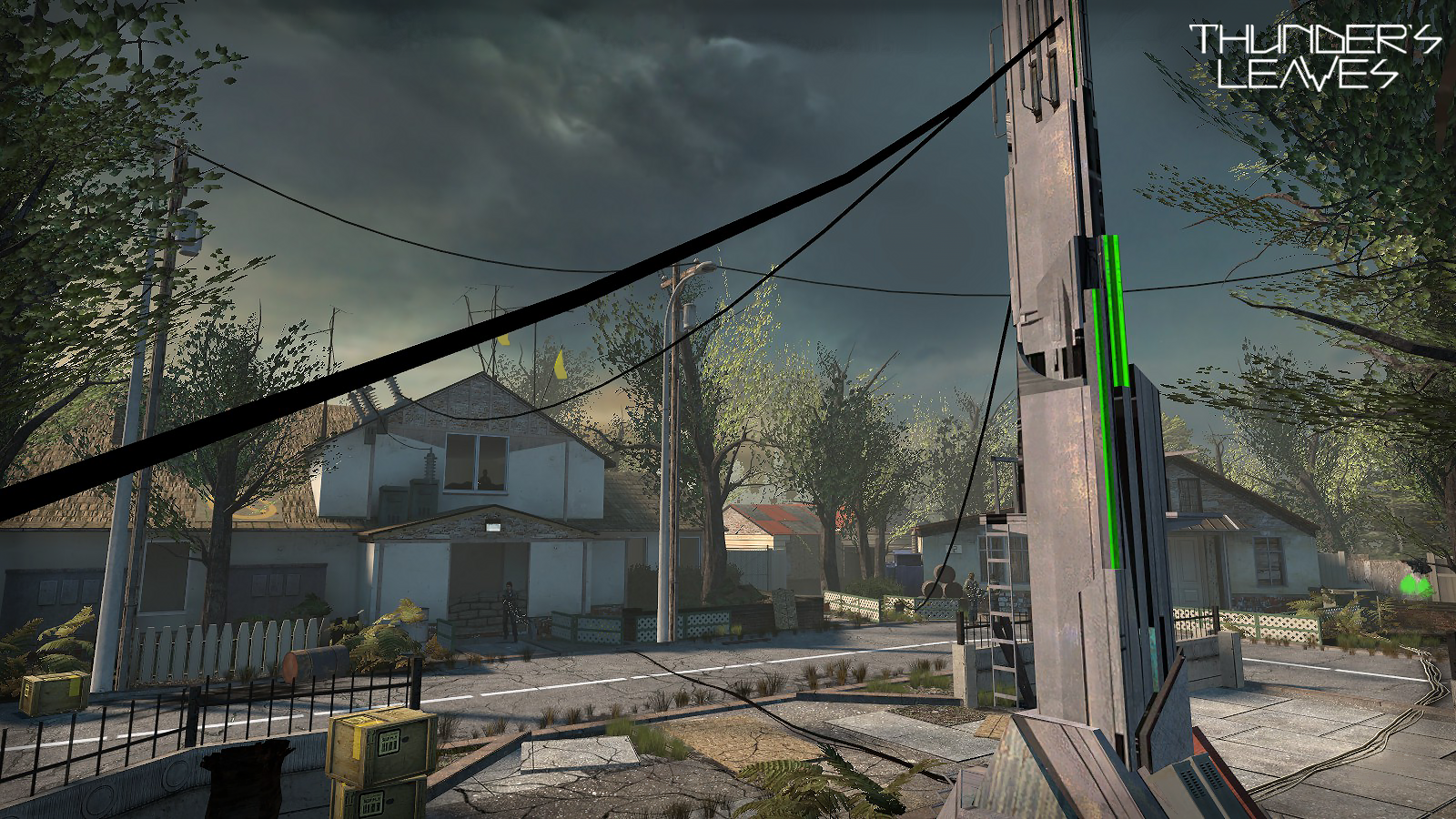 This is revival generator. The generator "recovers" the area, in the district vegetation appears. Rebels use the generator to impregnate the territories exhausted by alliance. Original thumber is taken as a visual basis. 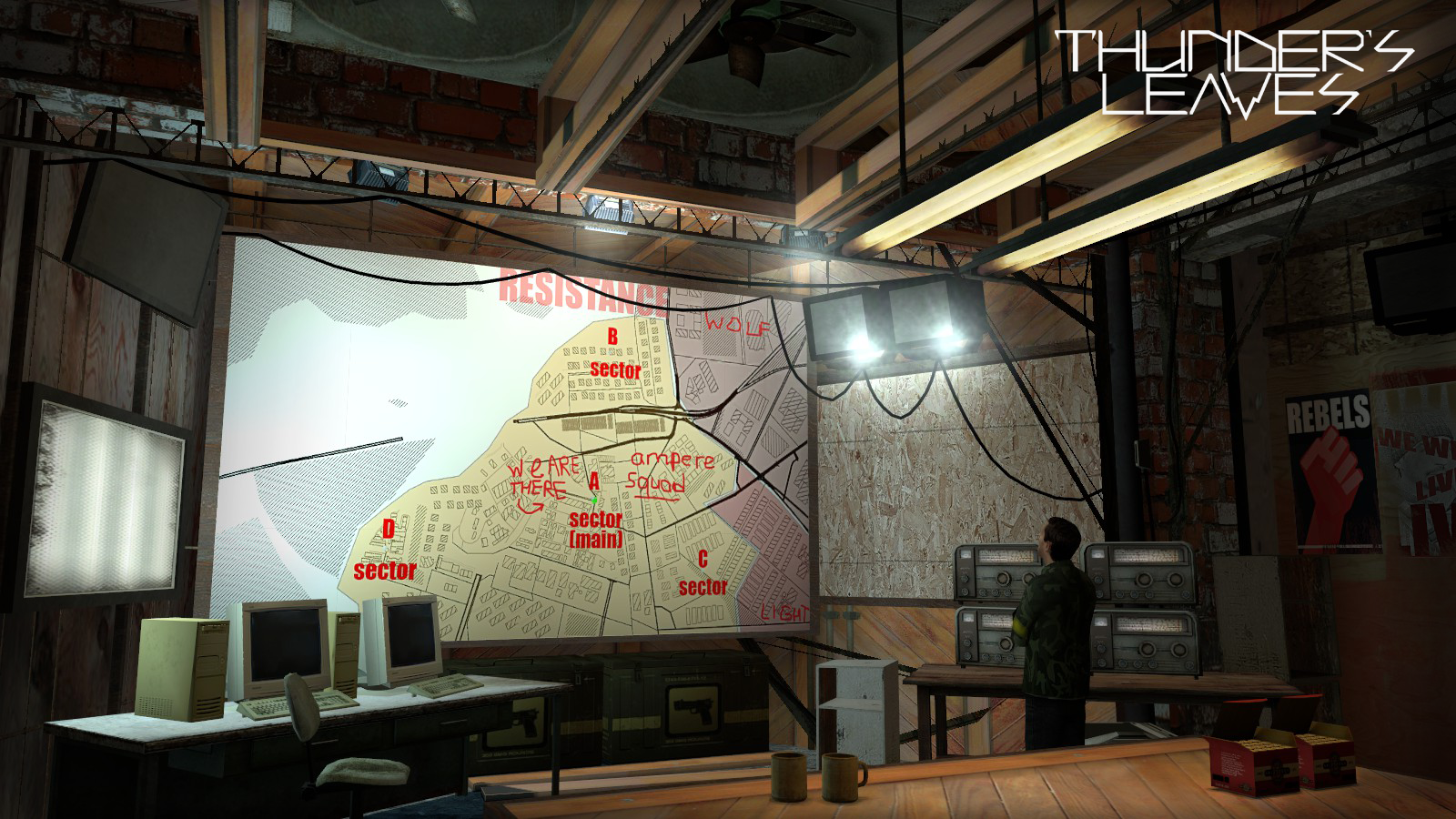 Properly, this is small headquarters room of Amper squad and also the scheme of the territory controlled by squad.The center and the south of the city controled by other groups. 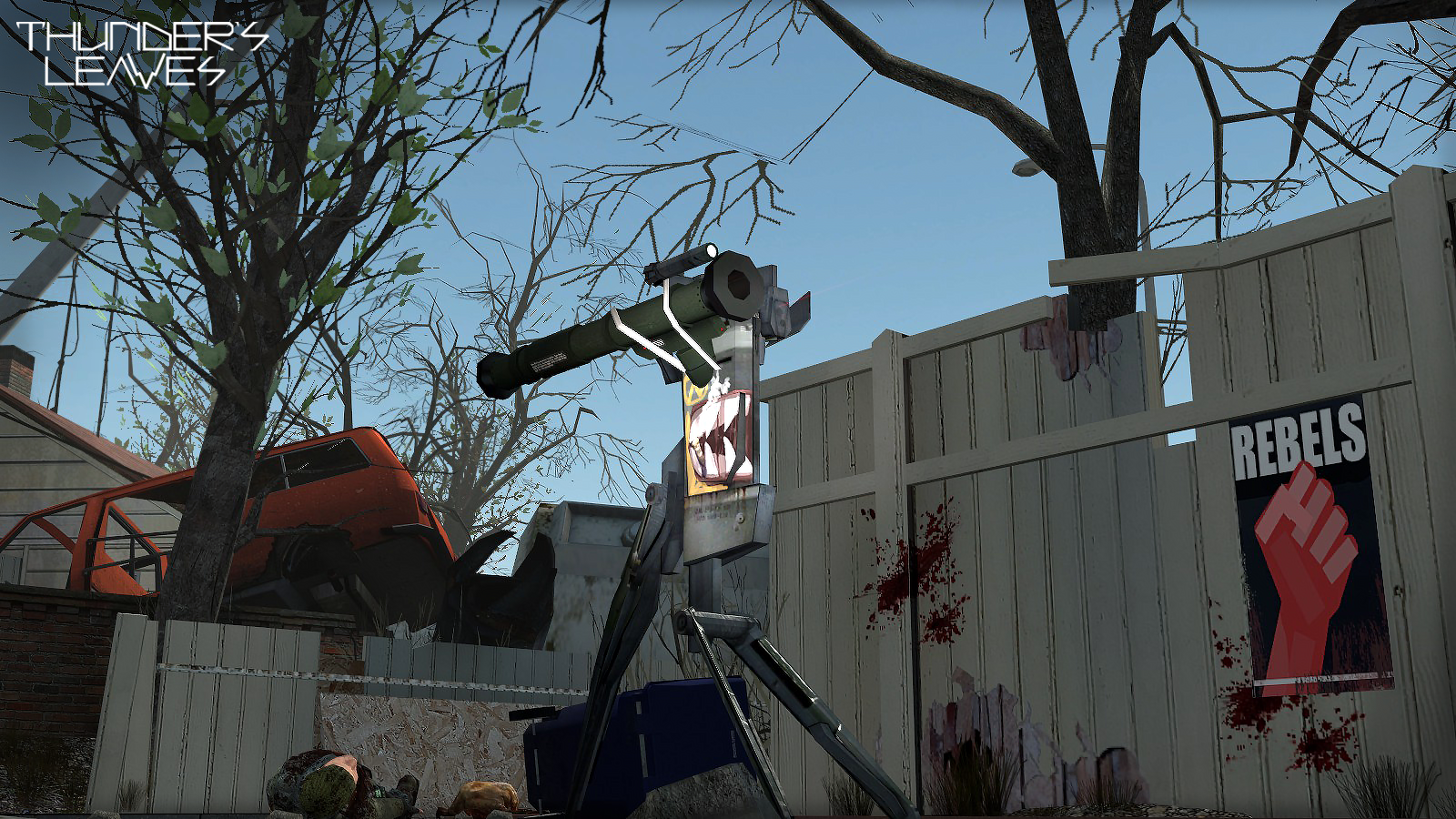 Improved turret, made the handyman of Amper squad. Turret can automatically launch missiles at the target, but is unstable and falls after 2-3 shots. 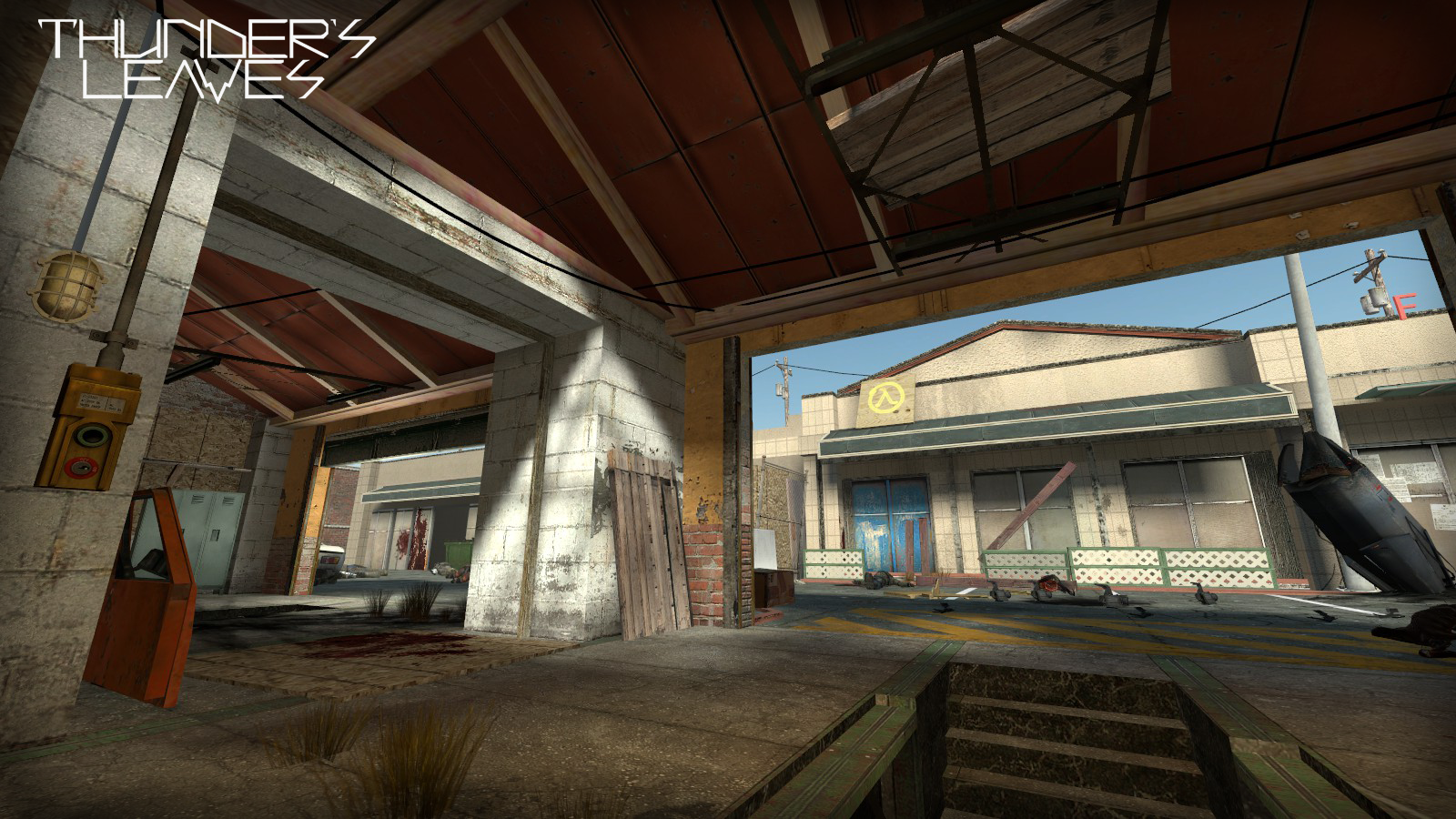 Screenshot of level which is devoted to the problem section of the city on which battles were often conducted. Consequently there are a lot of headсrabs which remained to live there after the active firings by headcrab-shell. Also some military equipment of alliance exists there in working order.

More information will be soon!

Wow, I recall the devs behind the first "Homefront" were inspired by Half-Life 2 (although I failed to see where most of the inspiration went...) and now it looks like you have been inspired by Homefront!

Everything looks top-notch! Considering the Americana setting, are you going to include American vehicles instead of the Soviet-Bloc beaters we've seen a plethora of times in previous half-life 2 mods? :)

No, I haven't been inspired by "Homefront". I didn't even play this game :)
In the modification I didn't want to use standard architecture of Half-life 2. At the choice of the area I was guided by what will be to me to liking and rather unique among modifications to Half-life 2.

This is not America, but in the construction of some buildings I was inspired by the American architecture.

These screenshots have a really refreshing feeling to them, it doesn't look at all as Hl2 which i really LOVE!
I do hope the optimization of the maps will be done right, but because this is your second mod i am convinced that that will be done well.
Much success,

That turret is an interesting idea. Was this something actually done in code or is it done in mapping?

“Thunder's Leaves - is modification about technologies of alliance and their usage by rebels.”
I still don't really understand what this mod is.
Is it a new campaign of some kind?