This is a review of myself for Crystallized Doom, read about how it started all about.

Hey guys and girls, today I want you to tell my story. It's about how the mod started from 2009 and evolved till today.

I started playing Tiberian Sun with about an age of only 6 years. My first modding steps were made with a small tool called SunForge, it allowed me to edit the basic INI files with a help of a GUI. That was about a decade ago (2004). I messed alot with the units mostly. Giving my favourite unit the Titan more HP, making the Core Defender buildable etc...

The years passed and I forgot about the game completely. 2008 I discovered it again, with the help of the Internet I learned to modify the game better. Instead of SunForge (which I never found again) I learnd to do it with NotePad - most of the advanced modders called it "modding like a man".

My first "real" work was devastating, when I showed my results, most of the modders smashed it and told me thousands of things I did wrong. It felt like I reached nothing. Somewhat disturbed, I tried again...but harder.

The first big breakthrough was, when I managed to add my first non vanilla asset to the game, fully functional and without a crash or bug. That gave me the Idea of sharing this with others. But my primary motivation was for private use, to play with friends. 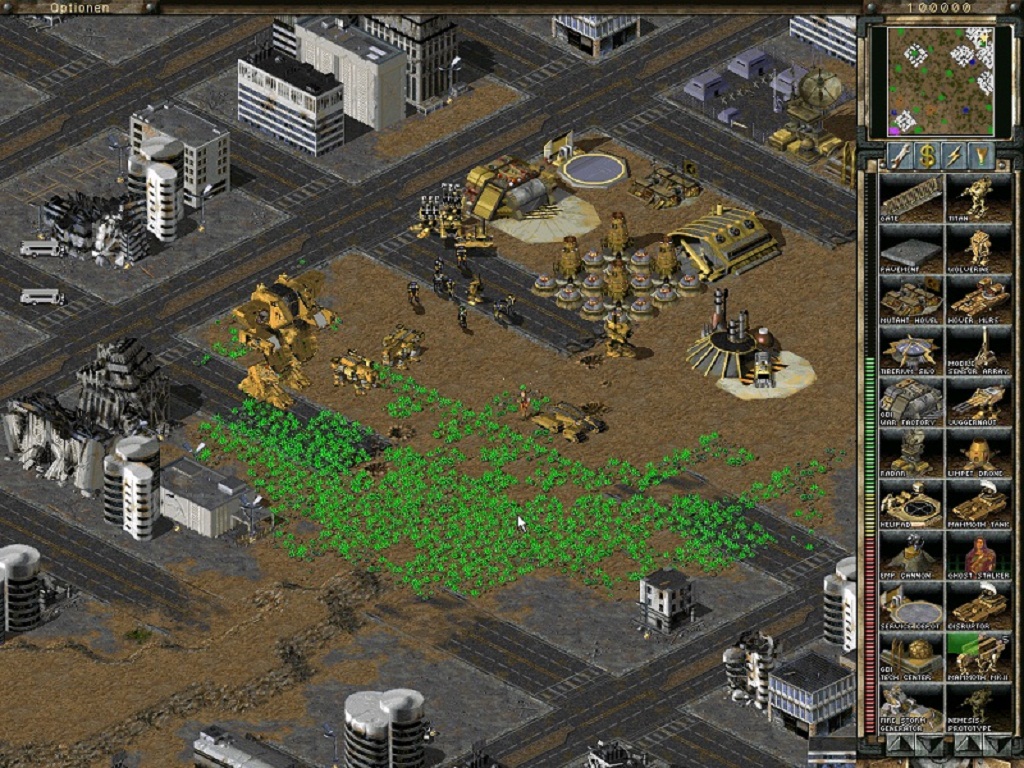 My first step into the right direction, the Nemesis and a C&C3 Mammoth Tank. This is the oldest picture I have from the mod.

So after that I thought about a name for it. I choosed Project Nemesis (after all it was a big ask for me to add that unit ingame). The first public version had removed build limits for Mammoth MK.II and Cyborg Commando. It had also 3 new units (Nemesis, Mammoth Tank, Reaper Tank). Version 1.0 was born on Nov 18th 2009. 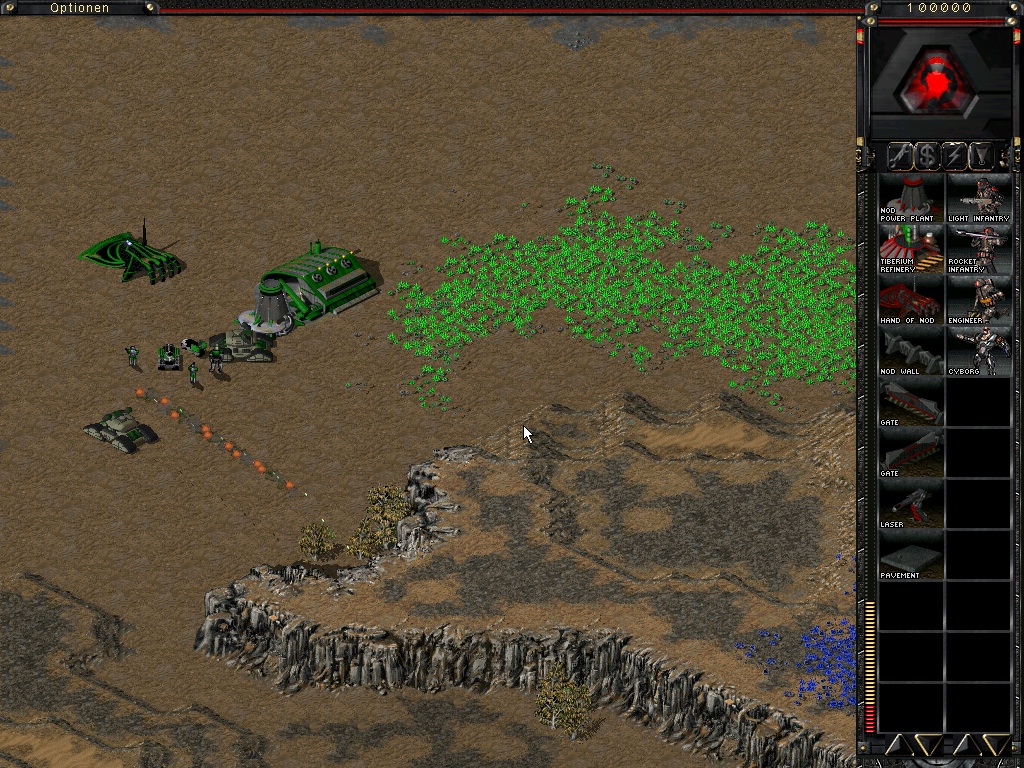 The Reaper Tank from Nod - originally thought as Mammoth Tank counter, but I couldn't manage to add the barrels for it, so it got stuck as missile artillery.

I can still remember the first comments here on moddb. I was surprised that people actually had interrest into something I had put together. It was hard to believe, but it felt great. So I didn't stopp, I wanted to deliver these few people a better experience (even if it were only 2-6 people at the very beginning).

So I added new buildings (Nod Pyramid, Nod Montauk, Core Obelisk, Obelisk of Darkness, GDI Armory) and more units. Some of them are still in active duty in the latest build like the fast Sting. 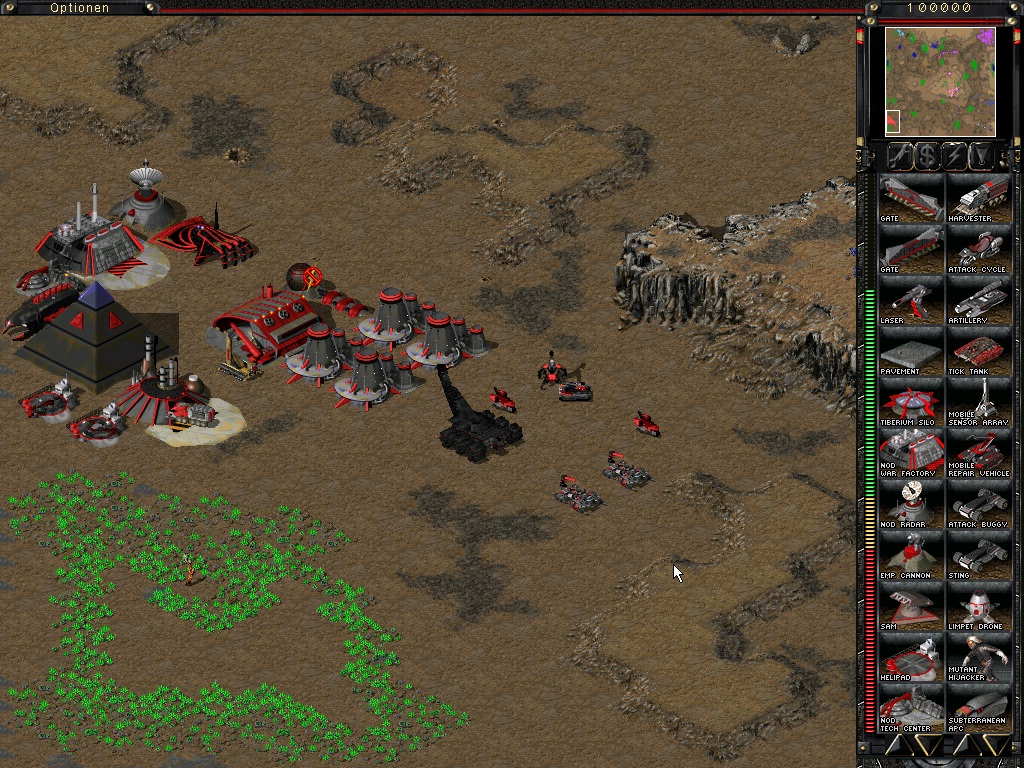 Another step forward was AI, I wanted also that they can take advantage of the new units. But I also tried to mess with base building. Yes, the annoying component tower bug was awfull back at that time. So GDI AI got Nod walls instead their original ones - till I fixed them now (after 6 years yay!). 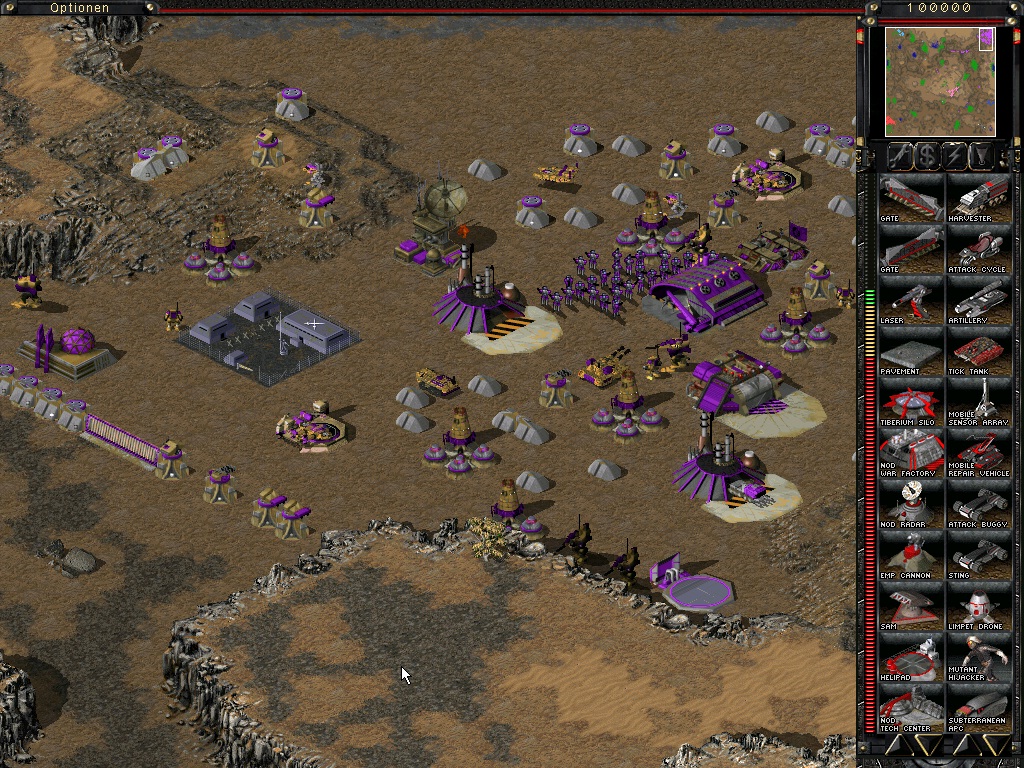 Over the few weeks I worked on this mod, it grew up very fast with content. New sidebar images, new graphics, diffrent AI, and much more... 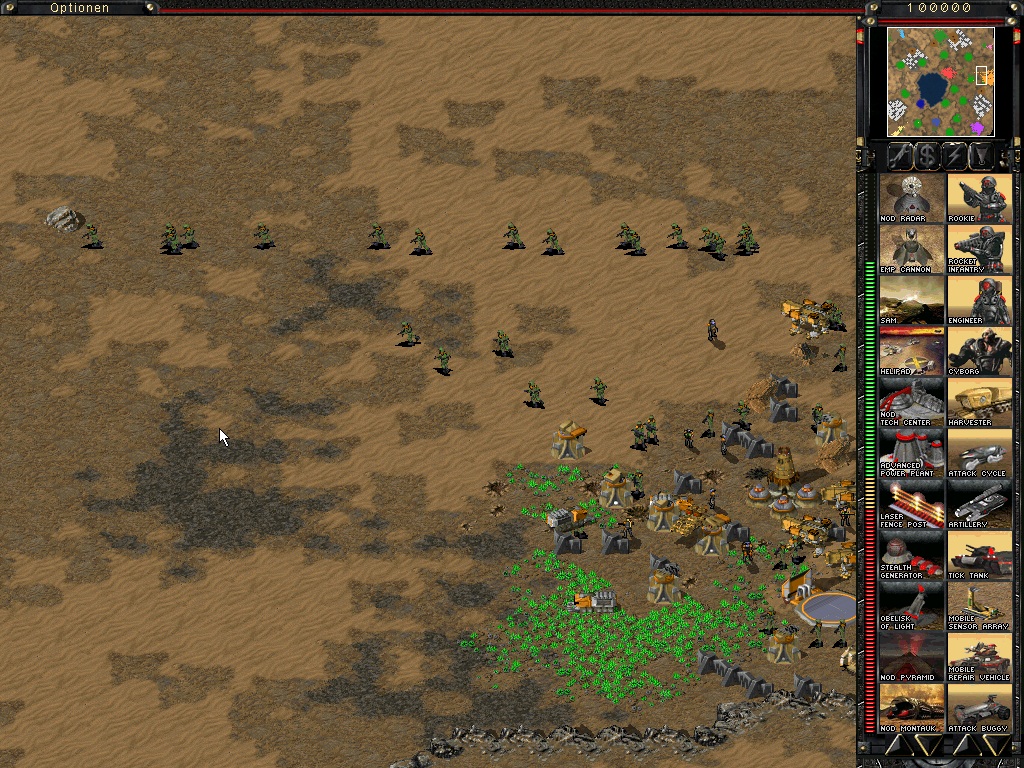 You would think adding just new stuff can't make really problems right? Too bad, that is just not true.

I messed with the code further and further. At the rate I worked, many mistakes where made. Which I had to clean up in later builds. The map editor stopped working with bridges and civilian buildings. The game started giving IE (internal errors) like crazy.

But still, I didn't stop. 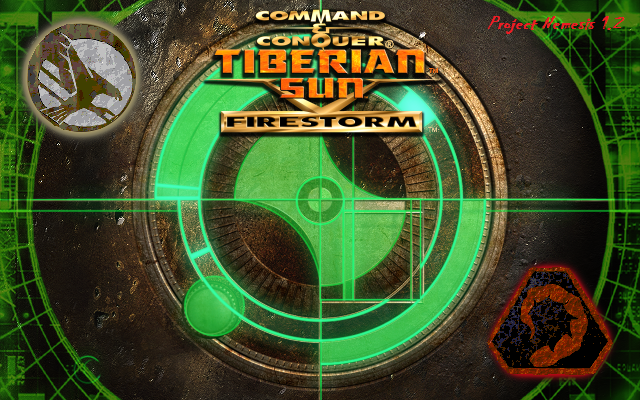 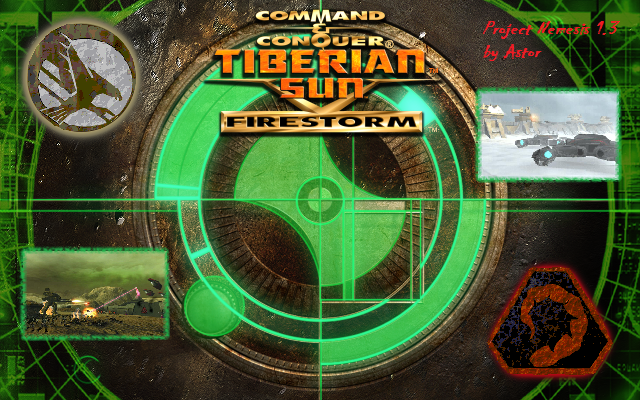 
BTW, here is a downloadlink of version 1.4 which is still available for download:
Strategyinformer.com

Attention! That build is 6 years old! 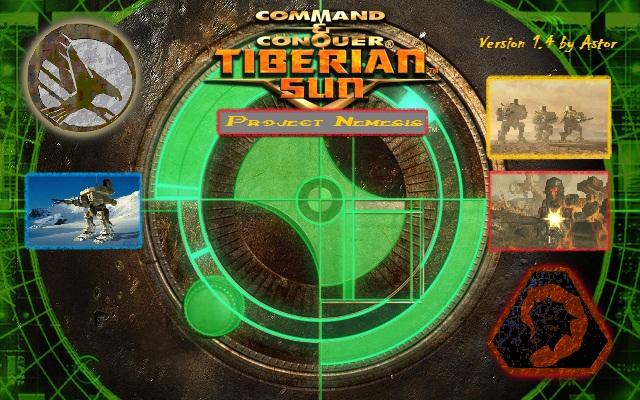 Project Nemesis 1.8 and the end of it 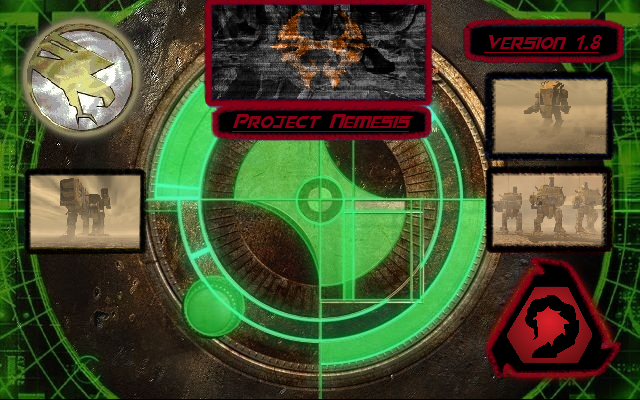 The mod started to evolve into an extreme kind. I wanted to push much more with it. 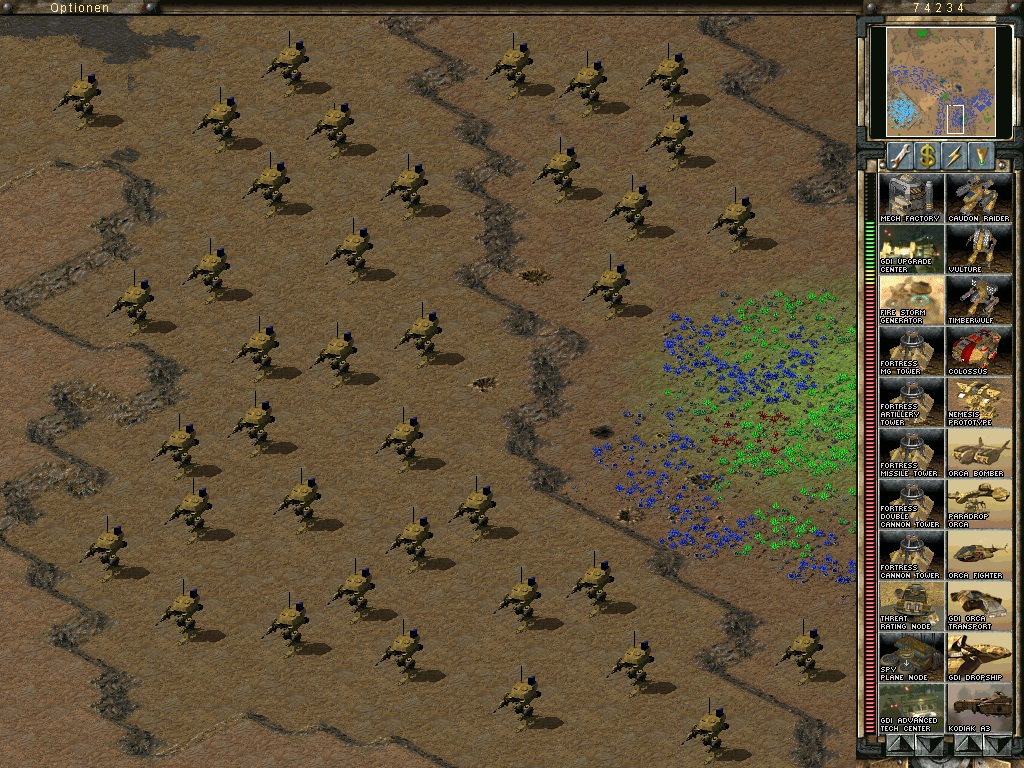 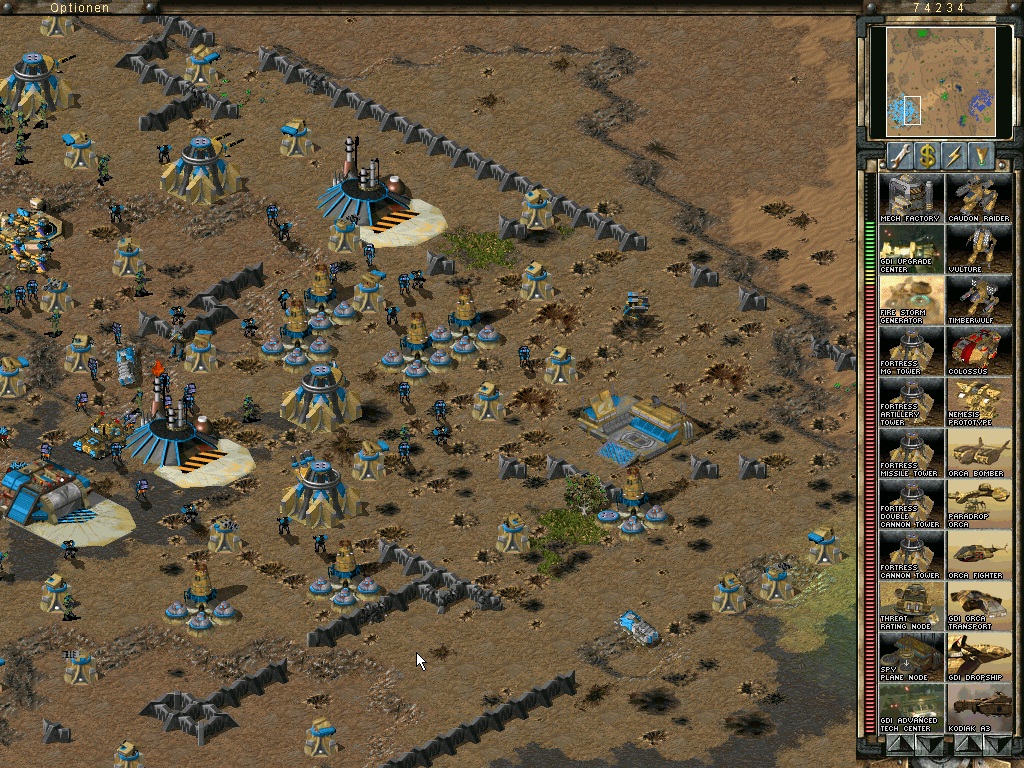 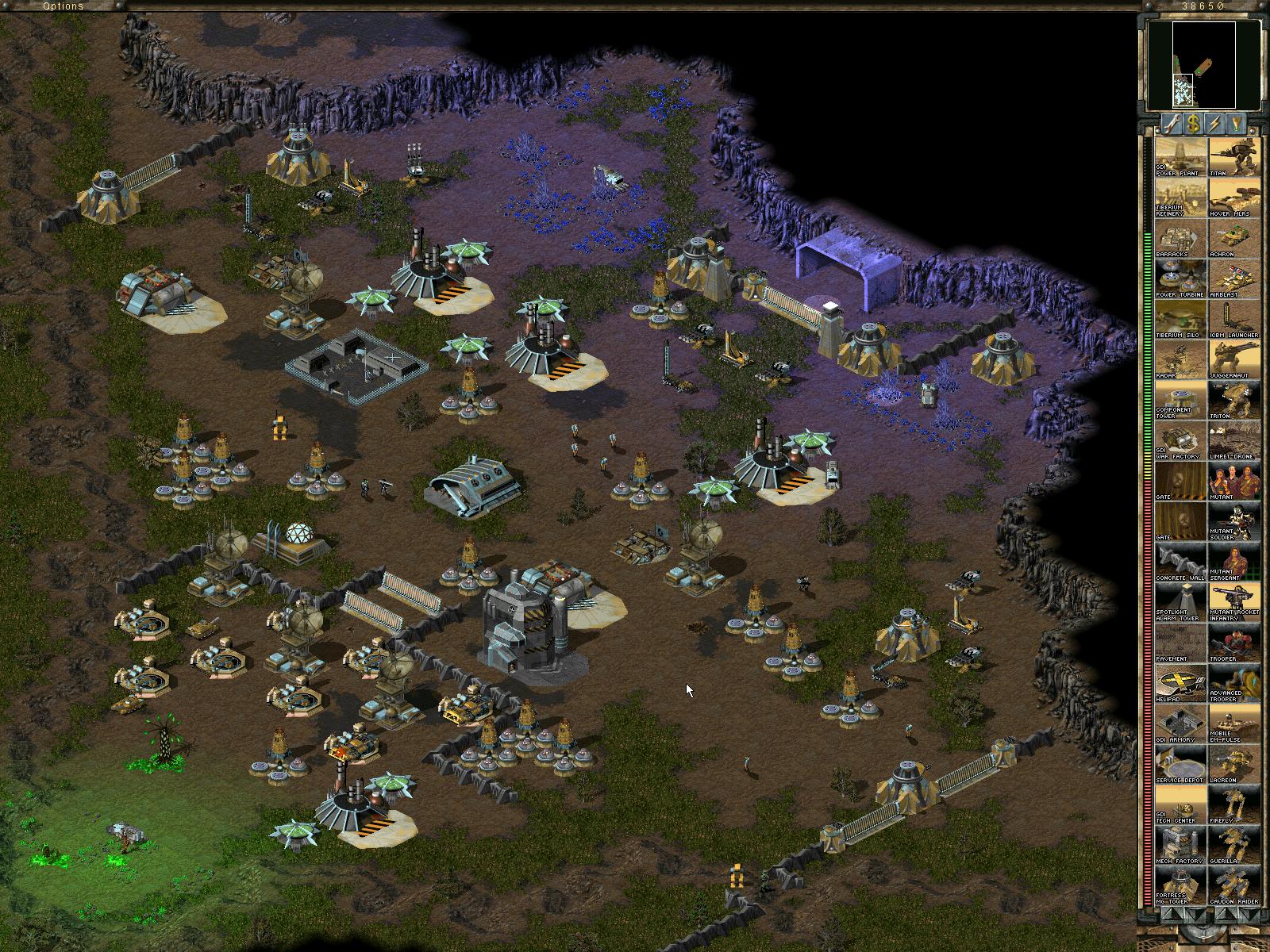 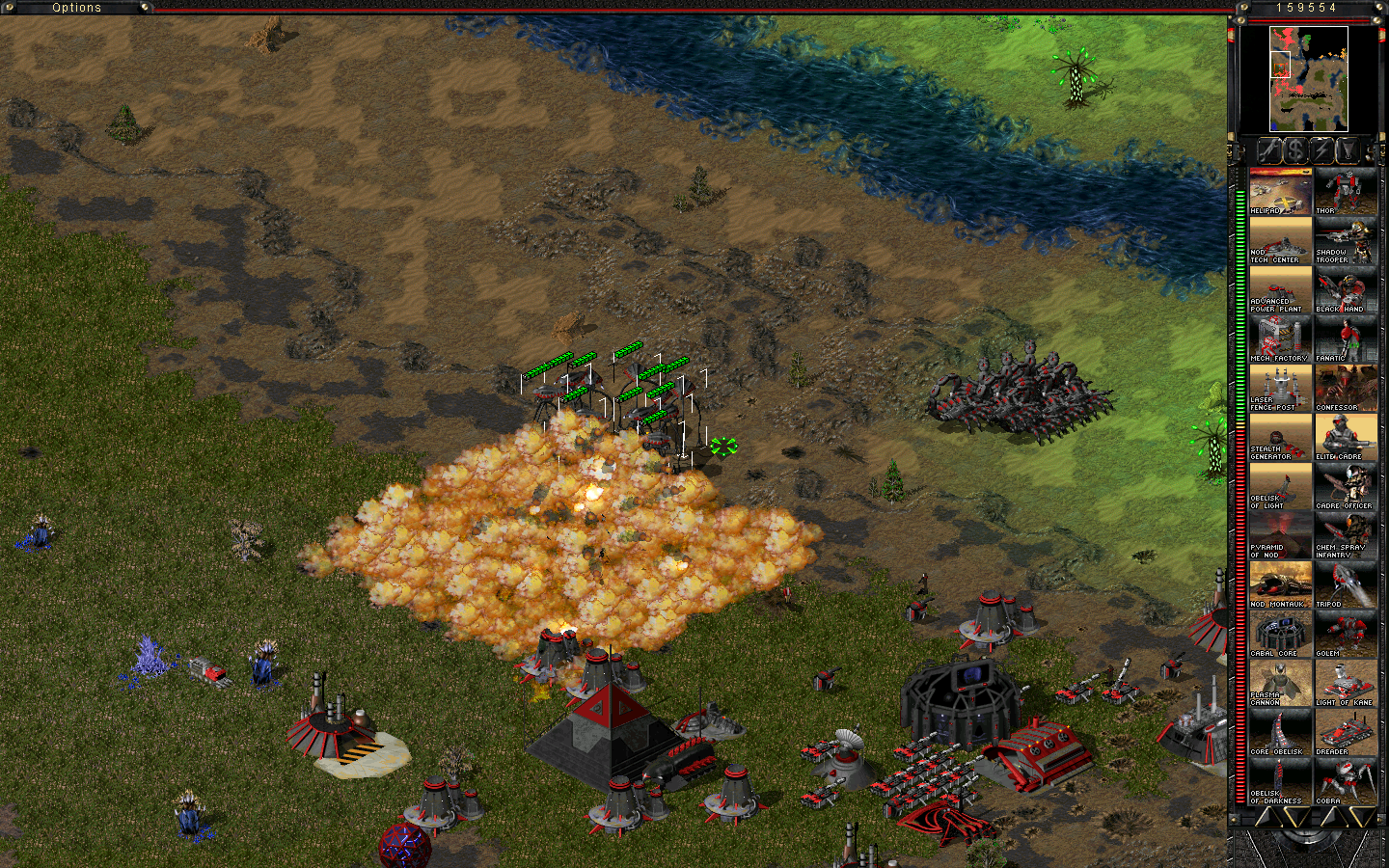 This was the last build which got GDI/Forgotten and Nod/Cabal combined.

In my next part, I will write more about how it was adding Cabal and the Forgotten as playable sides and getting the damn AI work with it - without blowing my game up.

I worked about a whole week several hours to get this to work. Hundreds of IE's happend. It was just trial and error. Again and again and again. But the result was unbelievable. Finally I could enjoy Cabal as an own faction! I would thank at this point here for the people/modders from PPM, which helped me a lot with this task. It would have been not possible without them! 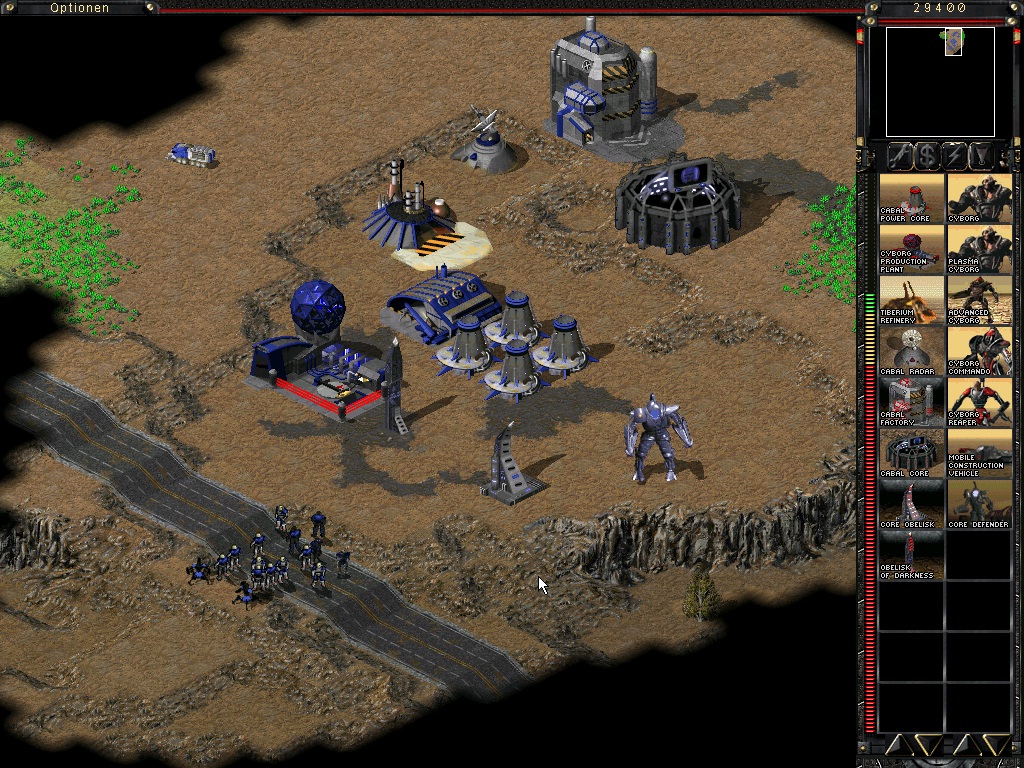 My first public image of the Cabal faction.

Shortly after that I tried for The Forgotten, with the experience I got from adding Cabal, it was a little easier but still a mindbreaking task. 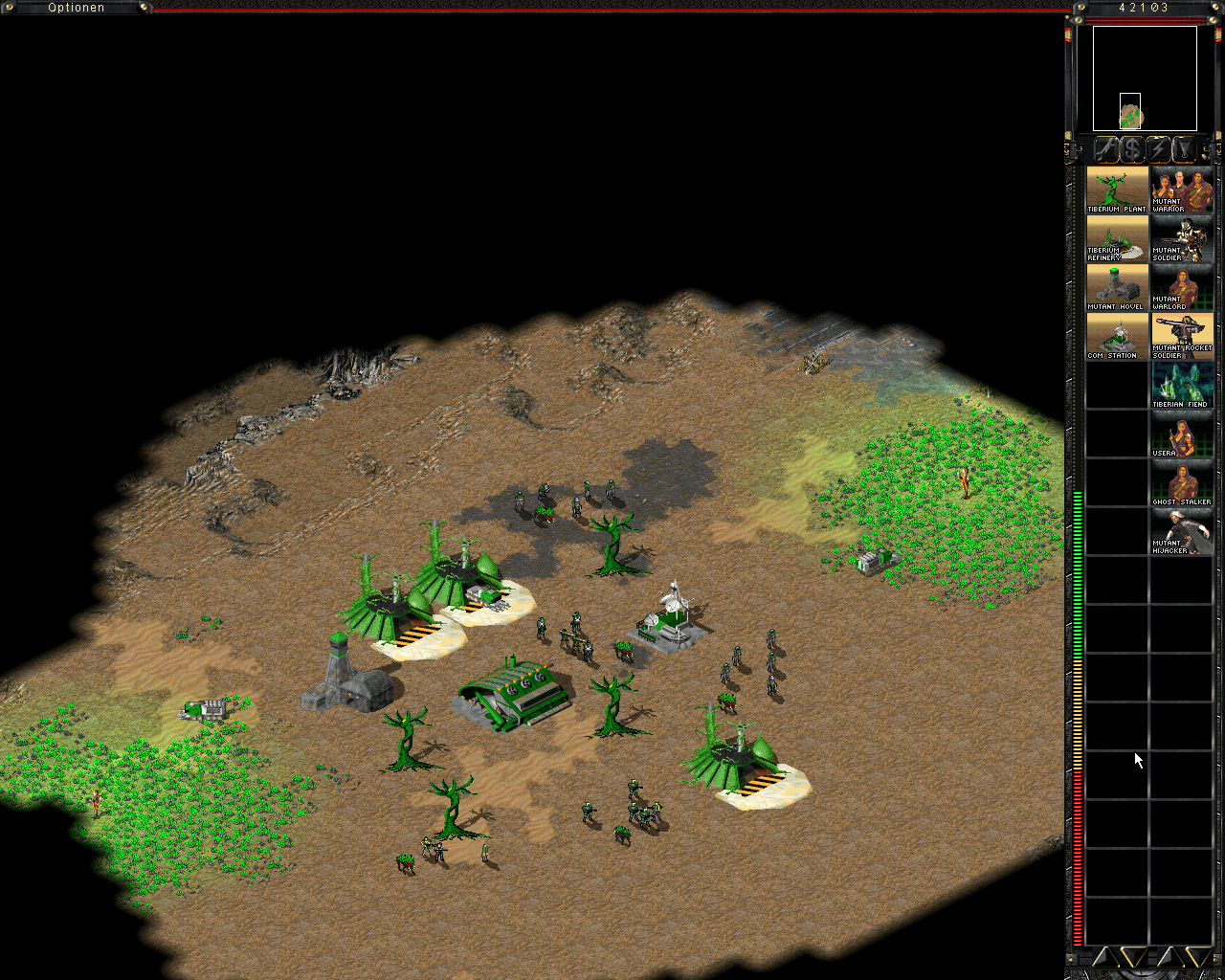 But like I said, you add new stuff, you break old stuff... 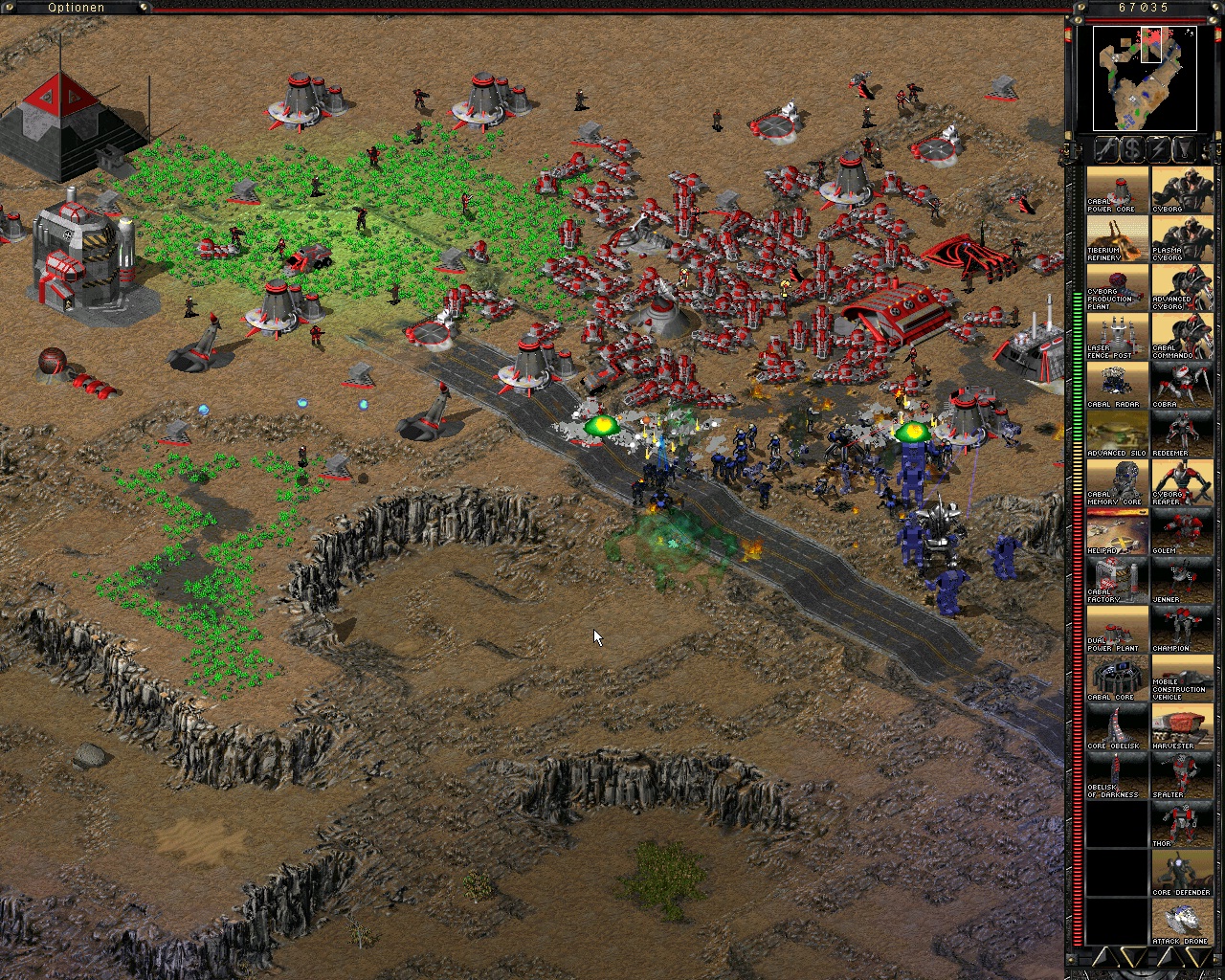 I tried fixing as much as I could, the game was unstable and crashed almost like maybe like 2/3 of all games played. 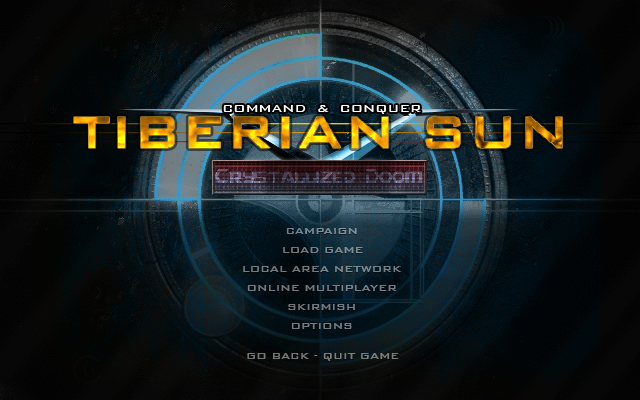 The menu used in Crystallized Doom 1.9

I deleted the vanilla AI files and made them from scratch, as they had stuff inside which was horrible obsolete for my mod and was just breaking stuff. My last big task I wanted to do, was to make the game compatible with the original campaign. 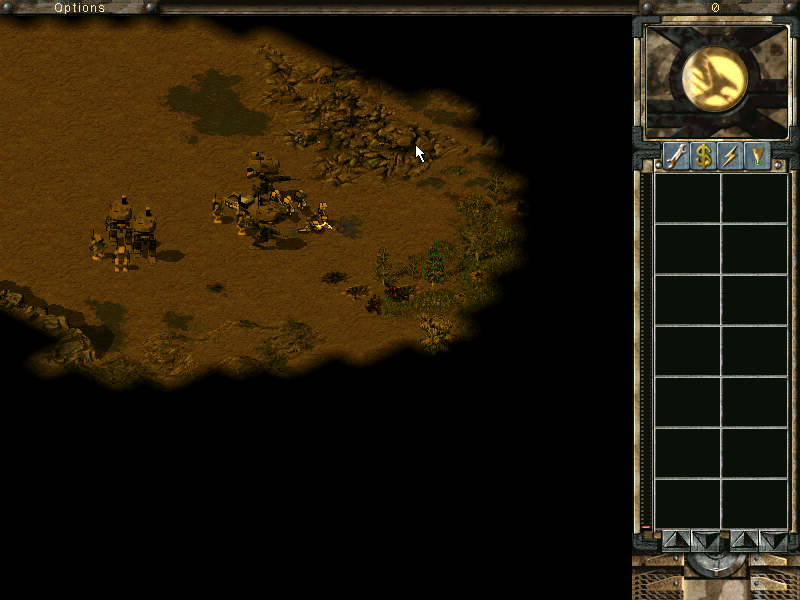 But that was even more unstable than skirmish, as I couldn't even manage to fix the first GDI mission. I noticed at this time, that I had screwed a lot with the game lol.

After 3 years, I had to take a break, I thought I reached my possibilities in this game. I stopped. In favour for my Far Cry horror mod and Total War Shogun II modifiaction.

In PART 2 I will write about how everything evolved and why I started with this mod again. I am also going to talk about the future plans for this mod and the next release (build 1.9.41).

Last but not least I want to thank all people who supported me over the years, sometimes it feels like it was just a few days ago I uploaded the first version of this mod and waited for the first feedback comments. Imagine a 13 year old child who just was eager to get a chance like this back at that time. Now I am 19 years old and this thing here is still not finished...oh dear ^^

If you read the whole part, I want to thank you for your patience and I am really looking forward for 1.9.41 and it's release!

So cool! Hopefully more modders get inspired to do a review.

Wow! What an intense dev diary!

I got in contact with this mod in 2009 or 2010 and since that day i have been following. Actually when you stopped working on the project, I decided to delete Tiberian Sun but that had lasted until your very valuable return to this community.

Thanks for your hard, intense, sincere work again. Hope to lift this project higher into the best ones( IMO, it's the best one :) )

You've definitely had a lot more motivation then I've had. =)

This MOD is awesome !

This mod is great but a bit much unit diversity and the game needs an environment of its own like twisted insurrection.

Remember Rome isn't build in one day too. It will come, sooner or later.