Time to pull the lid off of my first major contribution to the Interregnum project.

Hello all. Seems an introduction is in order, seeing as this is the first time anyone other than our fearless leader has posted to this page. My name is Donos, and I've been working for GoaFan77 on this project for just over a year now. Thus far, I've contributed to the soundtrack and worked quite a bit on elements of the HUD, but recently my efforts have been concentrated on introducing a new challenger into the galaxy. The time has come to introduce to you all the next minor faction entering the fray of the Great Interregnum. 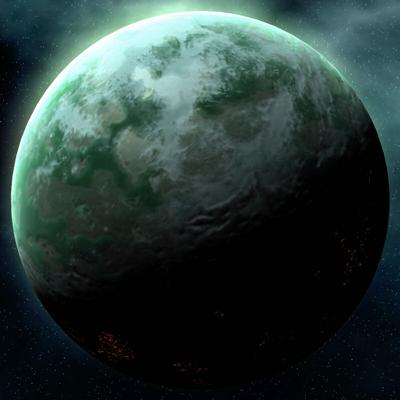 [My apologies to all of you who were expecting the faction reveal for the Rebellion, but you'll have to wait just a little longer for that gem.]

As many of you are well aware, the story of the Interregnum takes place in the Star Wars galaxy, with the factions from vanilla Sins introduced as they flee the dark terror pursuing the Vasari. Until now, however, independent forces of the TEC were still found guarding unclaimed worlds, and this represented a bit of an immersion break. It is my pleasure, then, to introduce the group of rogues, pirates, and mercenaries who have risen to defend their homes and bases from Imperials, Rebels, and extragalactic powers alike, and have replaced the standard Sins militia.

Sometime after the beginning of the Interregnum, representatives from various mercenary forces, smuggler groups, and other organizations met on the planet Atzerri to discuss the galactic situation. It was clear to the leaders of these groups that the introduction of new galactic powers severely threatened their operations. Space, and the worlds and outposts within it, would be at a premium; with fourteen or more independent factions all attempting to carve out sections of the galaxy. Accordingly, it was decided at this meeting that the best and only way to combat the major powers would be to pool forces and resources. Thus, the Atzerri Cartel was formed.

The main goal of Atzerri Cartel forces is to attempt to stop major powers from assuming control of their "business" holdings. In this line of work, there are no heroes, no prestige or glory, and very little in the way of resources. Accordingly, the Cartel employs a ragtag assortment of warships, most outdated or retrofitted, some bought or stolen from major factions, to patrol their base systems.

The following ships could be encountered in the employ of the Atzerri Cartel:

Identical in form and function to its Imperial counterpart, the Siener Fleet Systems Skipray Blastboat is common among mercenaries and pirates due to their incredible reliability and hyperdrive capability. 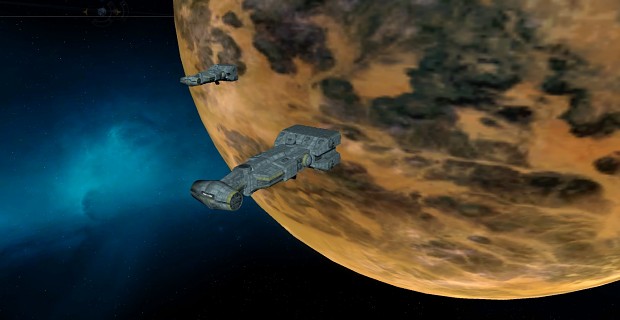 The CR92a Assassin is a cousin of the more recognizable CR90 Corellian Corvette employed by the Rebellion. Originally built by the Empire to ward off pirates and Rebel fighters, many of these Modified Corvettes have been repaired by Cartel forces and deployed to protect cartel worlds.

The variant of the Marauder Cruiser employed by the Atzerri Cartel is the stock design, furnished by the Corporate Sector Authority. Equipped with a single long-range turbolaser battery rather than the missile launchers favored by the Rebellion, Marauder Cruisers are a common sight protecting frontier worlds.

Available to the Cartel only in small numbers, the Corellian Gunship is identical in almost all respects to those employed by the Rebellion during the Imperial Civil War. However, due to the high cost
of proton warheads, the magazines of Spacer DP20s are limited to firing concussion missiles only. Typically tasked with anti-fighter defense, Corellian Gunships can be found protecting worlds of higher-than-average value. 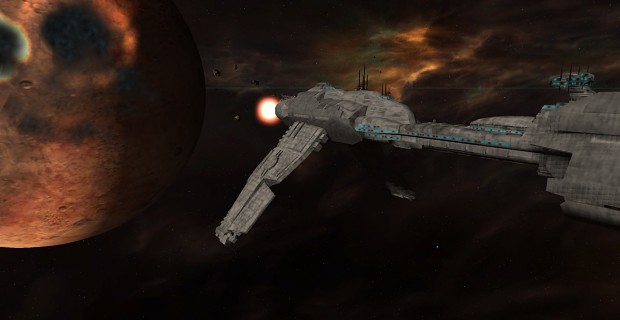 A redesign of the famous Nebulon B Escort Frigate, the Nebulon B-2 features an increased arsenal and heavier armor when compared to its predecessor. Whereas the original Nebulon B was often tasked to serve as a hospital ship, the Cartel has opted to outfit their large supply of obsolete Nebulon B-2s for planetary bombardment operations.

Anyone familiar with military history can recognize the distinctive Dreadnaught Heavy Cruiser at a glance. Possessing an imposing profile, these ship were first designed for use before the Clone Wars,
and have since become a permanent fixture in fleets of pirates, mercenaries, and militias. Despite their age several continue to see deployment in Imperial border fleets. Atzerri Cartel Dreadnaughts
are roughly equivalent to those employed by Imperials, with the exception of their fighter complement. 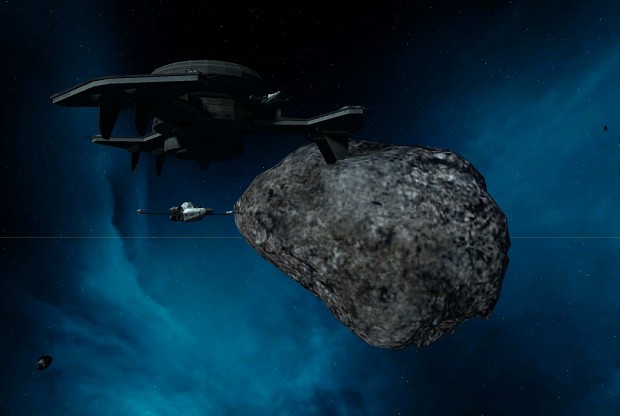 Before Incom became famous for designing the X-Wing, then snubbing the Empire and producing them for the Rebellion, the company produced a fighter that can be found in every Outer Rim spaceport, and most everywhere in between. The Z-95 Headhunter is old, outgunned by modern fighters, lightly shielded, and beloved by their pilots and owners regardless. Cartel forces deploy Z-95 squadrons from the hangars of Dreadnaught Cruisers and orbital stations.

One of the oldest fighter designs employed by the Rebellion during the Galactic Civil War, the BTL Y-Wing Starfighter was designed during the Clone Wars to be a capable fighter-bomber. Years later, it
still fulfills that role, despite being considered slow and ungainly by pilots of faster craft. Unlike the Y-Wings employed by the Rebellion, however, Cartel Y-Wings lack proton torpedoes because of their expense, favoring concussion missiles as a substitute.

Im normally a dog for lore stuff, but this seems not bad at all. Looking forward to it. :)
edit: and welcome to you!

Really looking forward to seeing the standard militia replaced by the Cartel. It will definitely help with the immersion of the mod.

Indeed. The Cartel is up and running in our development build, and will definitely be featured in the next public release.

Also does this also a change to 'the Rebels' in terms of when your planet rebels against you as a random event? lol

I think the Rebels from that random event are the same Rebels spawned by the TEC culture tech. However, with the random event it will spawn the same type of ships as the previous owner of the planet, so it would make no sense to use the Cartel here.

Is there any idea when the next release will be, or you guys too balls deep in production to know?

We're making good progress, but not quite close enough to give a date. Besides, we might yet decide to thrown in a few more features into the next release besides the Rebel Alliance and the Atzerri Cartel. :p

you know, it's a good thing we're not quite so evil about that as some of our fellow developers :-P There are pages around here that'd throw you out for asking for a release date.

I don't ever say this, but its my policy to never give an exact date. :p Unless its really so close that its more of the wait for Moddb to authorize it than actual development time.

Oh this sounds really awesome! :) keep up the good work

This will be a nice change. This reminds me of hearing somewhere that the Mandalorians would replace the pirates eventually. Was this true?

Yes. In fact for the time being, the pirates have been changed to use the Atzerri Cartel ships listed here, though this is only a temporary change until the Mandalorians are added.