The journey related to the development of Resurgence has been long and it had many ups and downs. Today we invite you to take a trip a few years down the memory line, explore some of its history, and possibly take a peek into the future of the project.

The journey related to the development of Resurgence has been long and it had many ups and downs. Today we invite you to take a trip a few years down the memory line, explore some of its history, and possibly take a peek into the future of the project. Let's begin!

The very beginning of the adventure with Resurgence begins actually back around 2011. Coming fresh from two attempts at creating a multiplayer mod (which actually didn't go horribly wrong, but lacked specific direction and conviction from my part), a bunch of young wanna-be developers started working on their first singleplayer project. The title of the mod was The Last Bastion and it was set in the desert Ravenholm-alike island overrun by zombies after the main protagonist - Jack Carter - has been left to die in there by a villainous commander of the Combine Forces. In a nutshell, it was Dead Island meets Half-Life 2, and it died out the following year. However, as you could probably notice already, it was a seed for what would eventually become a cast of characters in the early versions of Resurgence. 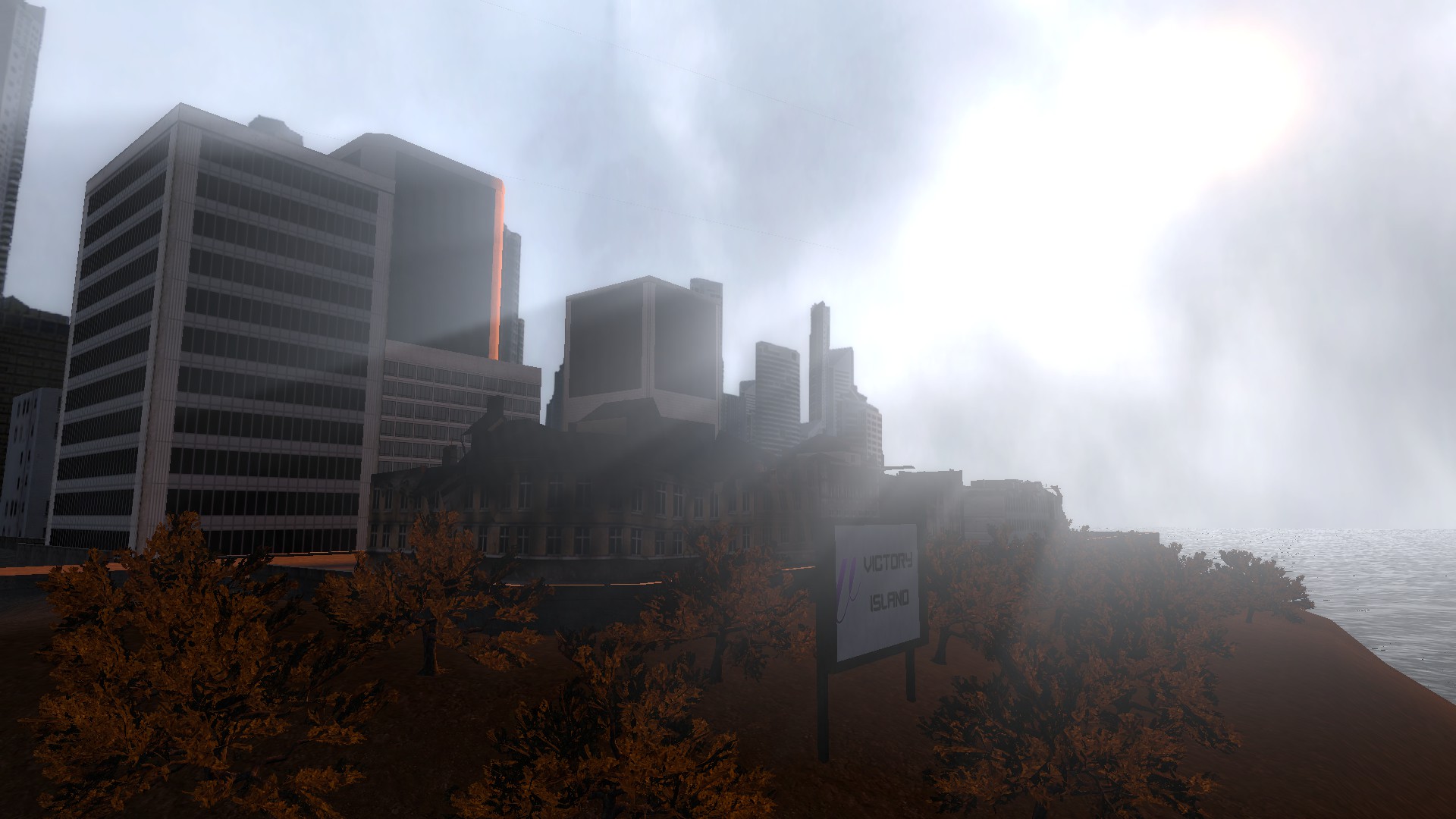 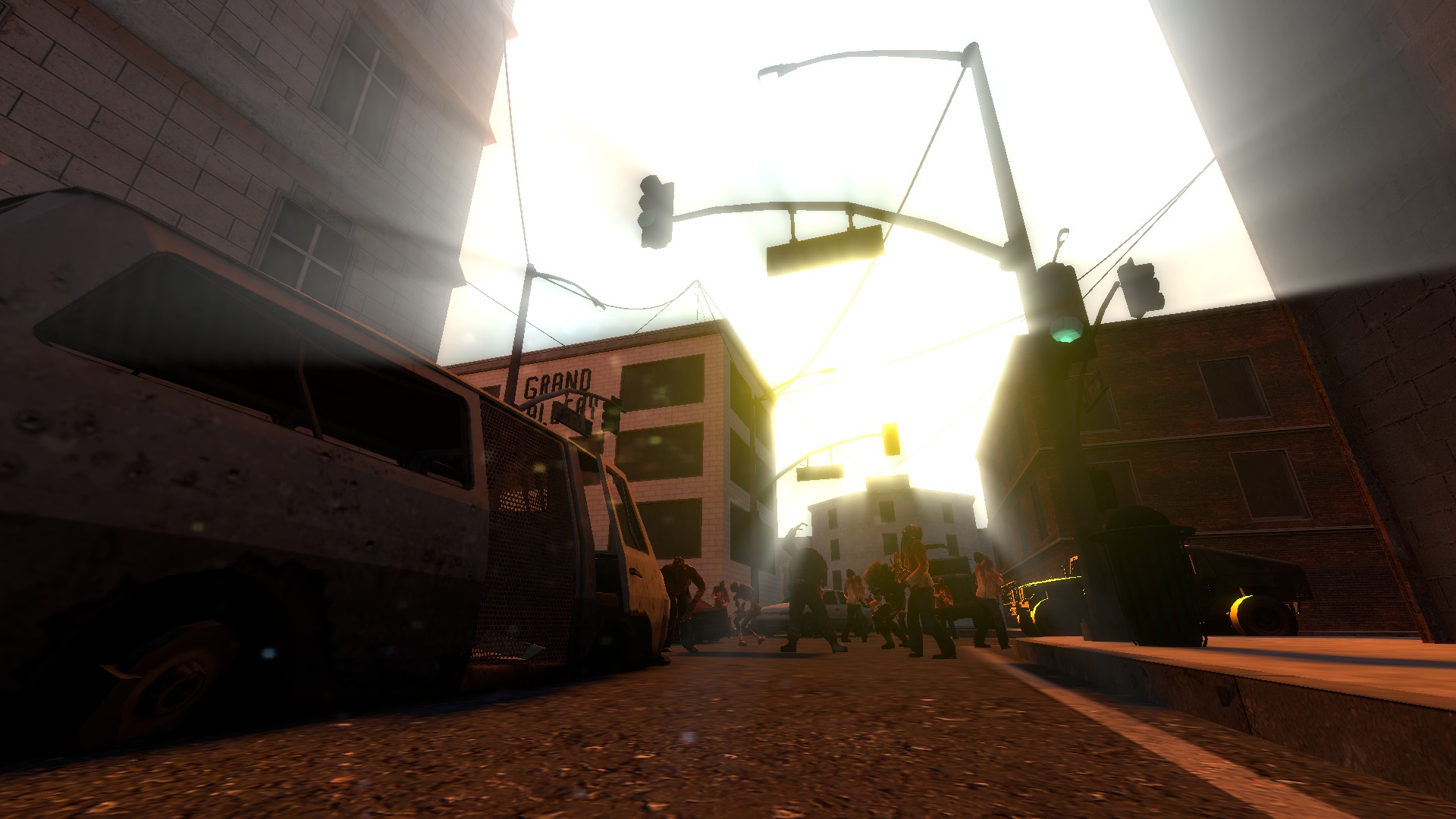 Very soon after the fall of The Last Bastion, a new project arose. This time the idea was to create a singleplayer experience set in a proper HL2 universe, but with major tweaks to the gameplay via mixing up the oldschool and newschool aspects of it. Since it was loosely based on one of our previous mods - The Unknown: Source - we named it The Unknown: Resurgence but it didn't take long to abbreviate the title to the one you know today. The first iteration of it shaped up around late 2012, and this is when we first showcased it to the public. 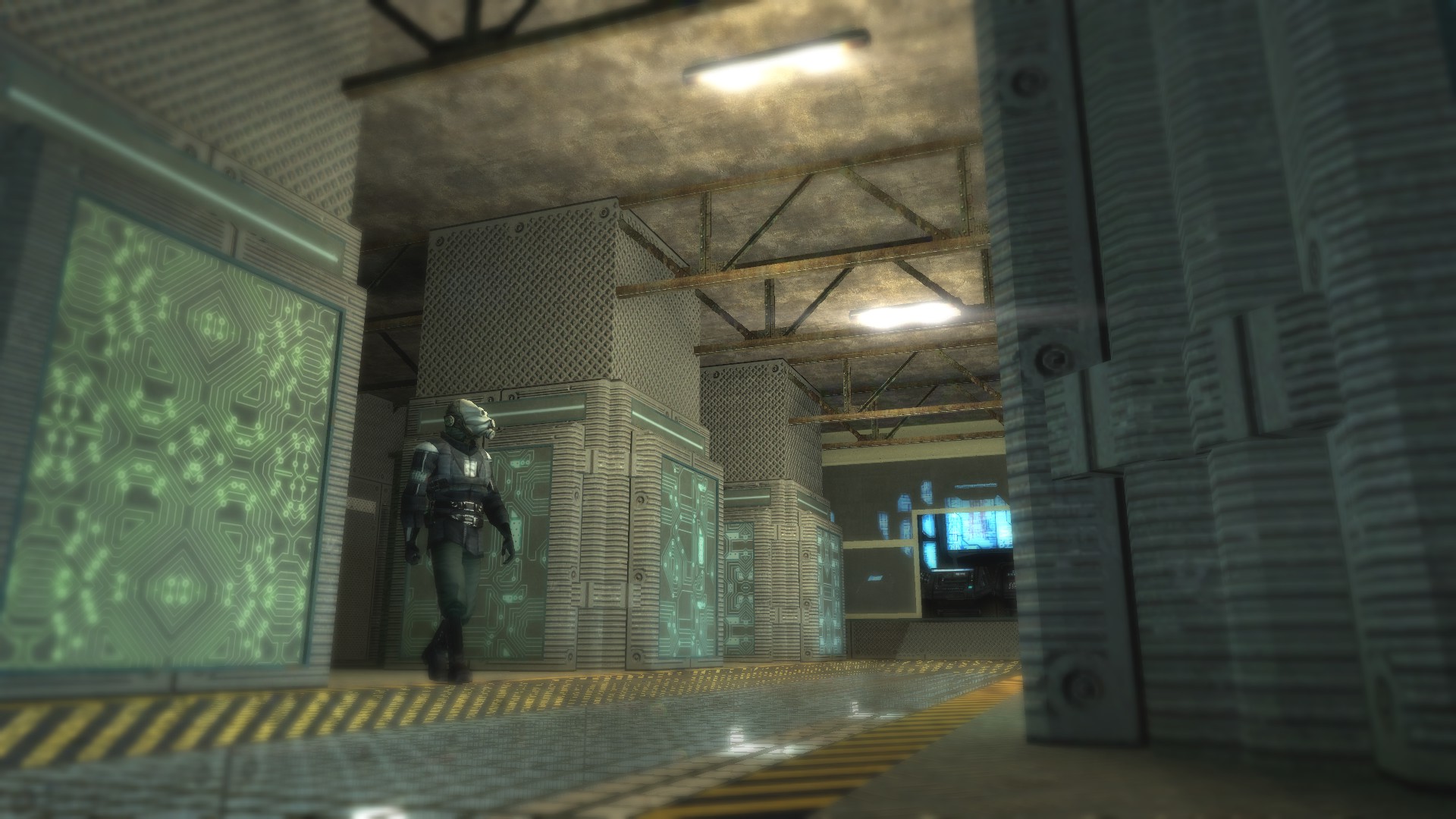 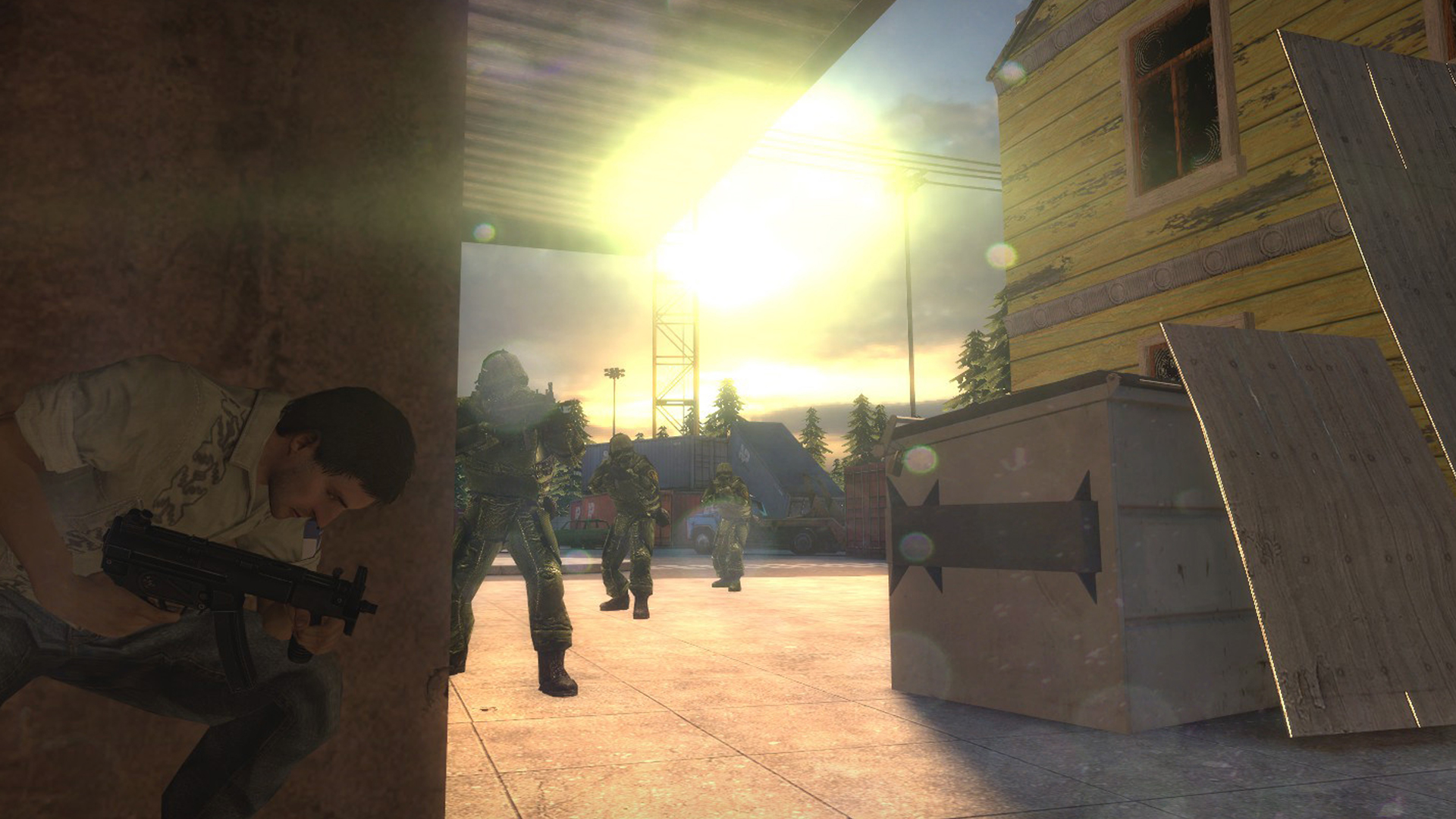 The development didn't accelerate, however, till 2013. As you can imagine, being still relatively fresh to the world of modding beyond mappacks, the game used a lot of third-party made assets such as custom made characters from GMod (with permissions of course). Despite the weasely tactics, we managed to move forward and bring you the second trailer in 2014. Most of the content showcased in there was still under the label of the prototype, but it was already considered a working iteration of the game - to some degree, at least. The 2014 update was the first one which gained a larger attention from the audience, and it opened a lot of doors to us. The biggest take away was a wave of new people joining the project, and while most of them are gone by now, it was truly an adventure no matter of how much time we spent with each other. The inner workings were still very primitive, which was more than likely the reason of the second fallout of the Resurgence, but I think it's safe to say a lot of us learned a valuable lesson from the experience. That's what it was all about in the end - hitting the wall in order to learn what we can do and how a team should be working. 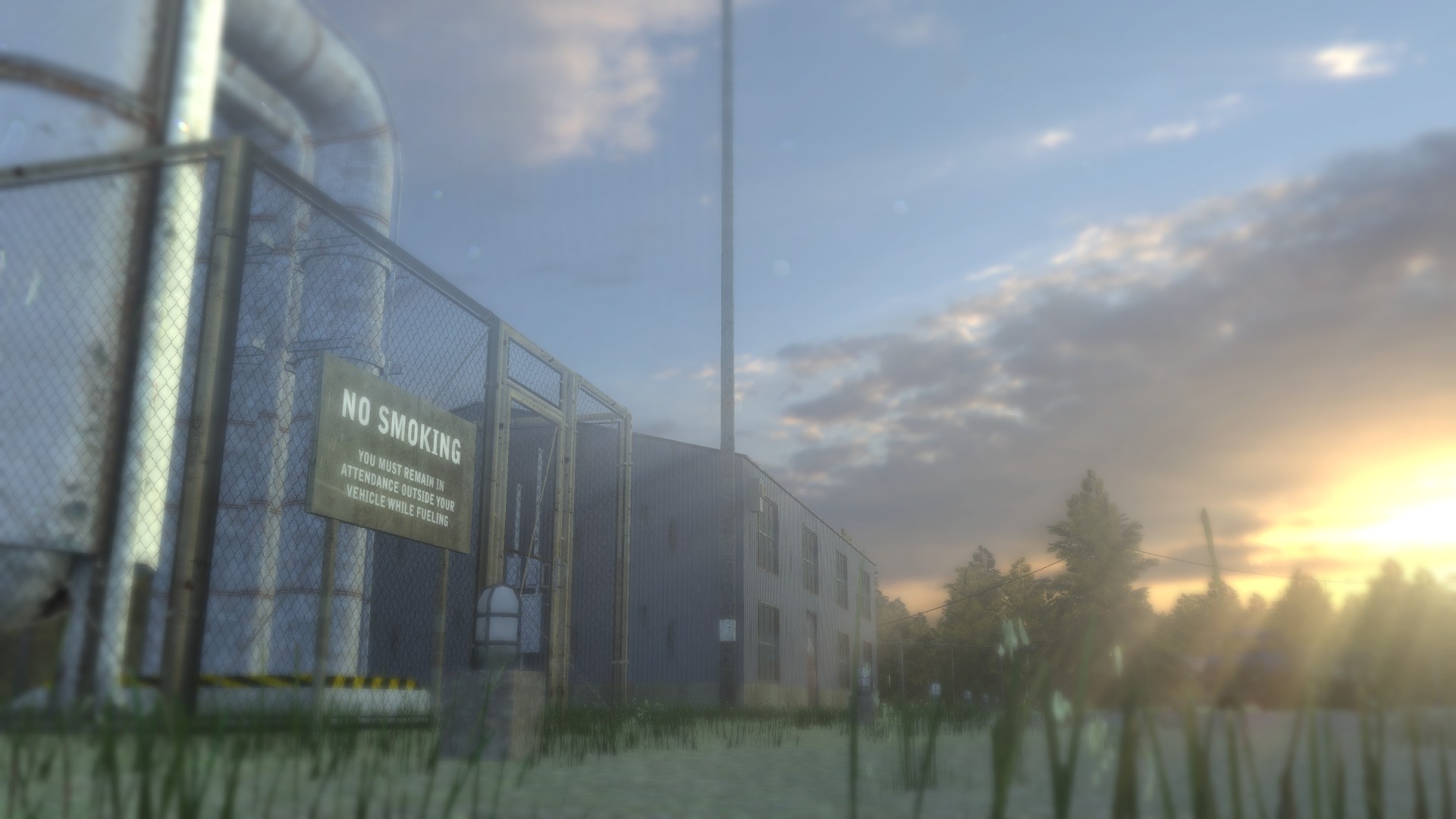 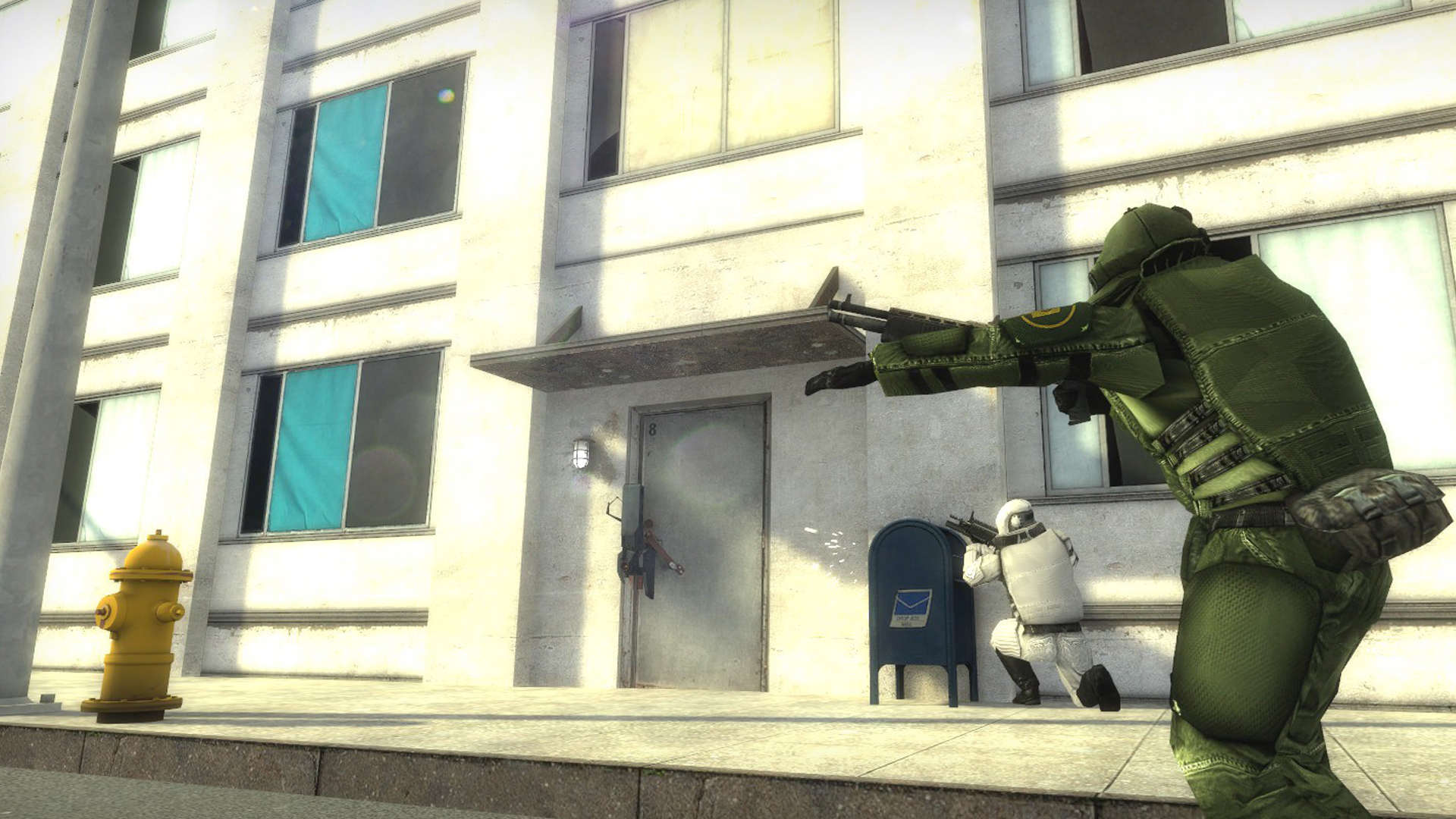 The following year of 2015 was perhaps the most important one so far. This is when we began shaping up the game from the start, with a bit better quality in mind. Most of the coding was done, we've got our first proper weapons in the game, first levels became mostly playable etc. It also certainly became clearer what we want to achieve, and as the time passed I was also able to improve the storyline quite a lot. In fact, the general premise and overall story arc of the Resurgence never really changed, but the more I've dived into the writing, the more I was able to refine and rehash some of the plot points to create a more interconnected storyline with an interesting cast of characters. It was probably the most ambitious iteration of the game, and as you may already know from our previous post, it eventually grew a bit too big. We did manage to post Reintroduction update in the same year, but it didn't take too long before we began rethinking our strategy in more serious manner. 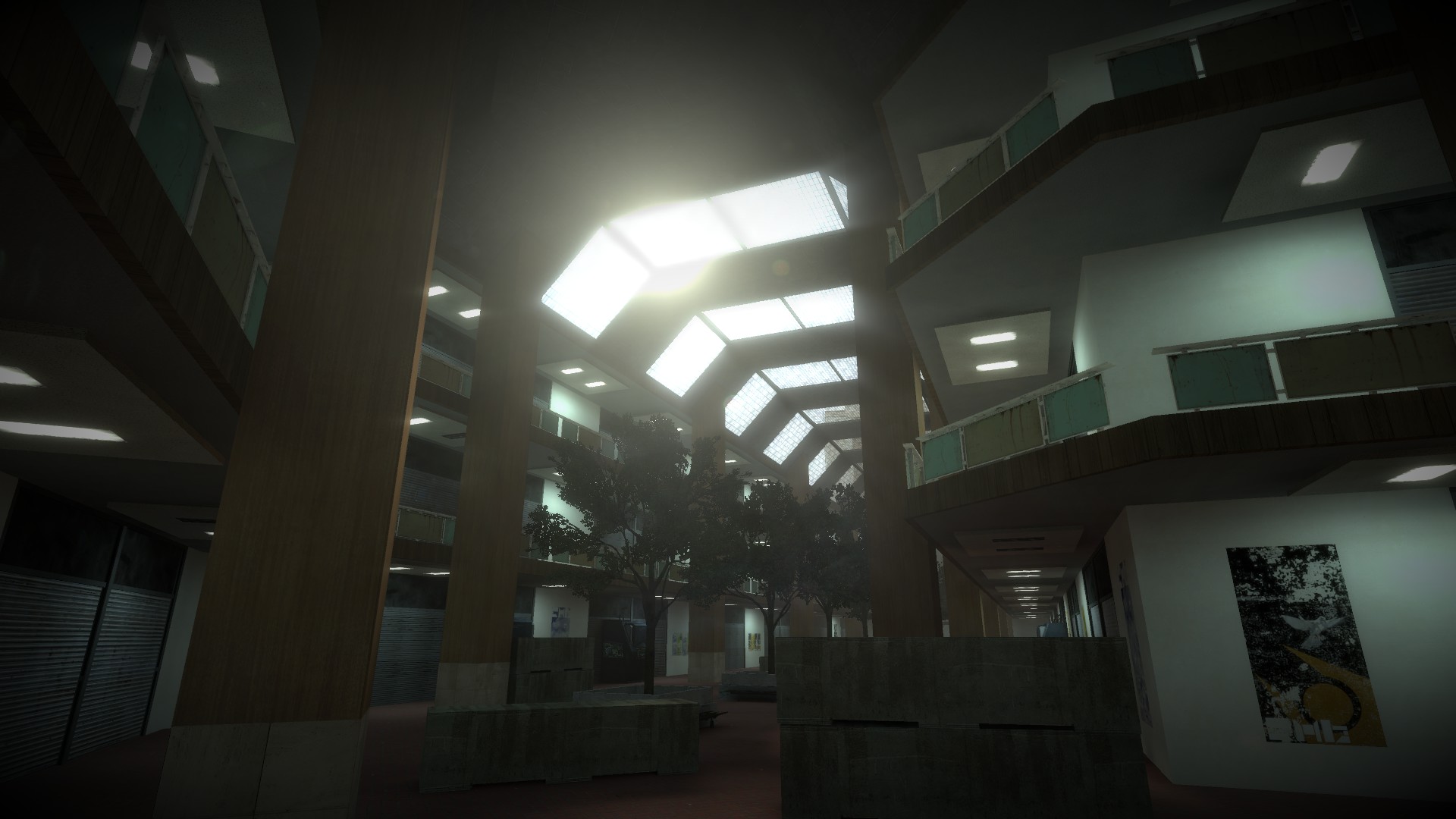 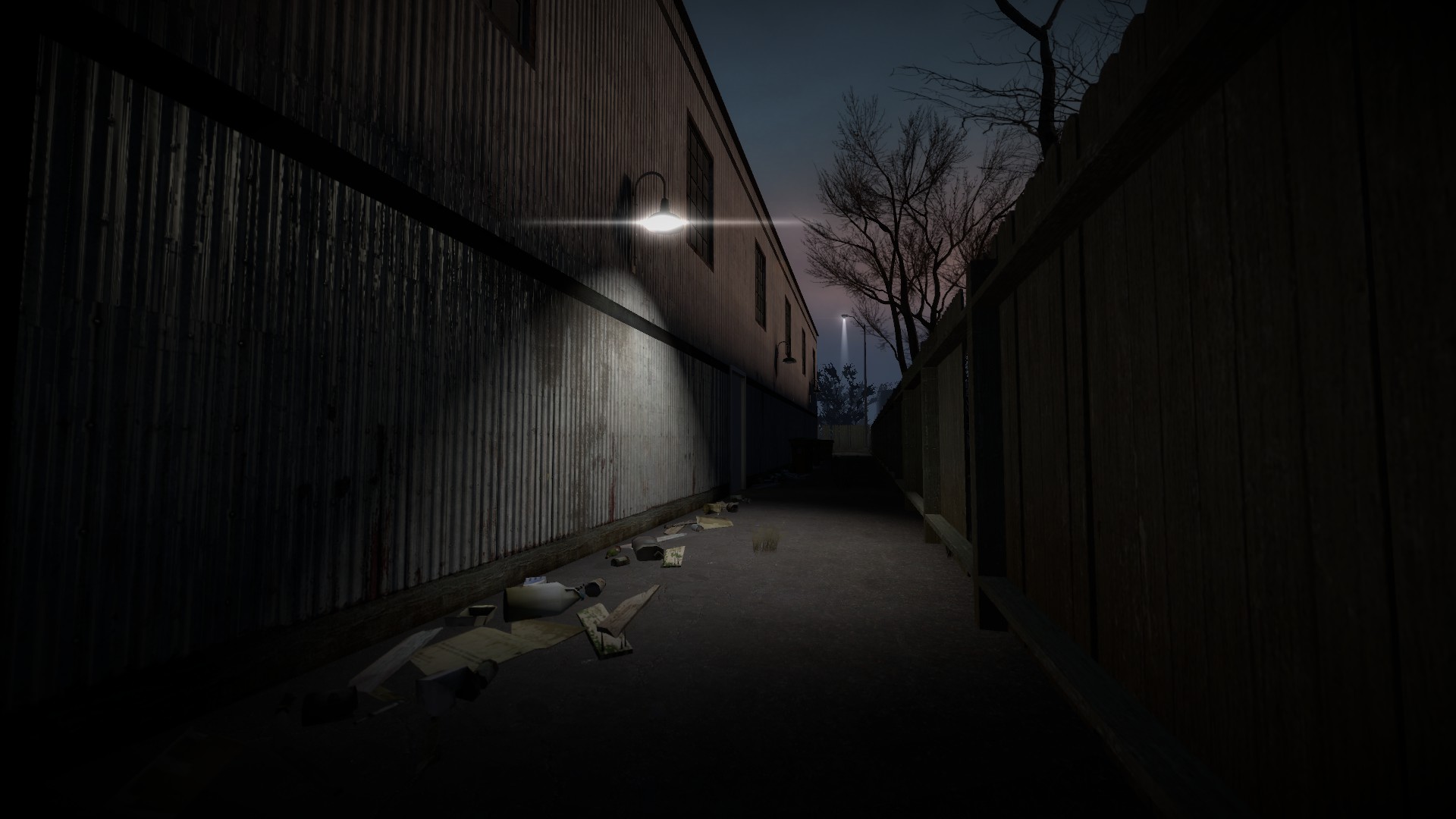 Which brings us to the current iteration of the game. In 2016 we were dedicated to developing a standalone demo, called Resurgence: The Union, which we will get to in a second, but the development of the main Resurgence game restarted not too long before the New Year's Eve. It really feels like we came a long way and grown up in lots of ways and across many boards, and I am very happy to say that we finally took the lessons we've learned over the years and applied them to take more professional approach to our work. Since Resurgence's storyline was so big and ambitious, I decided to write an entirely new one. It still takes place in and around City 37, it still involves a lot of meaty action, but it does have a new protagonist, a new set of characters and takes place in a slightly different timeline. The original storyline of the Resurgence, however, is still part of our little sub-universe and we are definitively looking forward to telling you that story in a different format. We will be able to reveal more about that when the time is right. Now, while we are not quite ready for a proper media update just yet, we sure as hell are not going to show you only the old screenshots from the past. Some of the locations and layouts from the 2015 version were reused but reimagined to be in line with our new artstyle. Below, you can take a peek into two locations which showcase the jump in the quality of our work involving two locations you may recognize from our Hammerhead Gameplay Trailer.

And finally, we arrive in New Mexico. Resurgence: The Union took most of the previous year in terms of development, and it was an interesting time for us as a team. It can be considered sort of the transition from our old ways to the new and refined approach to work. Anyway, more about The Union. It is an interesting project, as began the development of it back in late 2015 right after the Reintroduction Update. The idea behind it was that we knew that developing Resurgence would take years, and we didn't want to make you wait for decades before you could dive into our little world. Also, I can reveal that we had a Black Mesa flashback chapter planned for the old Resurgence pretty much from the start of our adventure, so developing The Union was like killing two birds with one stone as we would develop the assets required to build the flashback chapter, and deliver you something to get a taste of Resurgence without getting the main storyline spoiled in a way. It quickly became obvious that we would restart the Resurgence from the beginning, and The Union evolved into more of a standalone expansion pack rather than a demo. We managed to sweep some new team members along the way and remaster the artstyle we've developed during the early days. What we showed you back in January 2016 was built mostly with the HL2 assets, but we spent a good chunk of the year on producing our own assets for the project, ranging from our own textures and props to the weapons. Again, below you can check out the difference between what you saw in early 2016 and how it looks like today.

This concludes our little update. As always, we are happy to welcome more people into our team, as it is pretty small and compressed at the moment. If you are interested in joining the project, then you can check out our jobs page. If you are undecided or want to know a little bit more about the final iteration of Resurgence, you can contact us via email in order to receive an access to a brief presentation of the game.

Thanks for hanging out with us today, we are looking forward to bringing a proper grand sized update on the game to you somewhere in 2018. If you've got any questions or concerns, we encourage you to share them and we'll be happy to respond. Take care and see you around!

Great! Keep up the good work!

Thanks for the support! We are excited to show you more in a proper king-sized update next year!

Great progress and an interesting read!

I honestly would like to see some of the concepts/scrapped levels for The Last Bastion, it sounded like a cool little mod :)

Thanks for your continuous support :)

Sadly, most of the media from the older projects went straight to hell when my HDD died back in 2014, however, I should be able to scrape up some screenshots from the archived page. We would be happy to do a more in-depth look at the older projects, however due to potential spoilers it is not going to happen until after the premiere of Resurgence.

It's always so compelling to watch a project grow over several years, no matter how quickly. I appreciate the dedication you guys have to the project, and no matter how long it takes, there's still people out here waiting for the final release. I'm excited to see more, keep doing your thing!

Hey, thank you so much for the kind words! It might take some time, but the payoff will be much more satisfying, I can promise you that much. Take care!

woot take your time the more time worked on the better the quality and gameplay comes out.

"Less is more" is definitely our new motto - don't get ahead of ourselves but produce more polished content. Thanks for the support, mate!

dude these shots look so good,i can sense its gonna be a game with great atmosphere.

Thanks, the final game may still differ a bit, but it shouldn't be more than little increase in the detail and minor changes to the lighting. I would tell you more but, spoilers - duh!

This looks great! I'll be waiting for more updates.

Thanks for the support! We can't wait to show you more aswell, our next update will be certainly the biggest and most in-depth one so far :)

I got a question.

The progress you guys make on this mod is amazing, and I can't wait to play it.

However, if Source 2 releases, what will you guys do? Export it or stay using source?

I had some discussions regarding that topic, and the answer is always that we'd stick with Source 1. As much as I am dedicated to that project, I've spent the past 5 years working on it and to be fair, part of me is growing really tired. Porting to Source 2 would extend the development time significantly, and the payoff wouldn't be really worth it in my opinion.

TL;DR I'd rather finish this off on S1 and then start a new IP on Source 2.