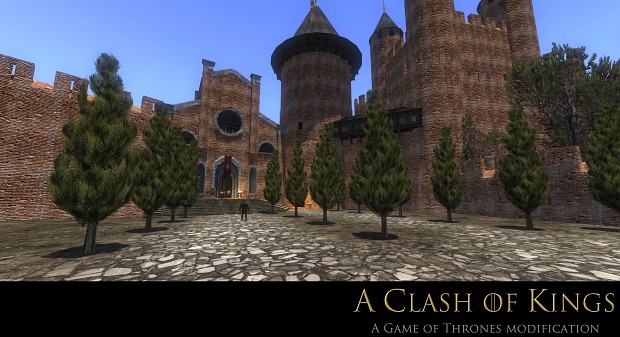 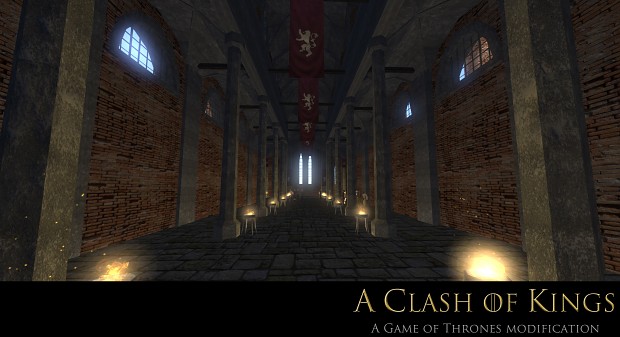 Plans for next version:

I know that you're all anxious to play around with Bilwits awesome armors, but they'll be in once they're all ready, and not before.

Will you be able to hire the sellsword companies?

This may be the best Warband mod yet. I can't wait until 1.0 release.

I hope the armor gets done soon... I really want to play with the new gear! Awesome looking new version none the less though :)

Nice. Do you have any plans for adding Old Gods?

bug I'm running into: sometimes during training (either with the training master or when I'm training peasants) I will spawn with no weapon whatsoever, forcing me to try and knock out the bastards with my fists, while they have swords and such. It's a wee bit inconvenient.

It seems to be the mace/club weapon that's an option in training and stuff that's glitched. Enemies can use them, but when I try to pick one up it doesn't even give me the option, or the name of the item. Good luck fixing it, and thanks for the great mod!

I get that and also I keep on spawning with no weapons in tournaments. Makes the last rounds frustrating. I convince myself that the tournament got rigged cause I'm too good.

Awesome! I've been waiting for custom NPCS since forever

Made my day thanks for the fast working!

I now regret destroying the Westerlands and taking all of their land and money.

Well you can't carry over save games anyway.

are you going to add nights watch at some point?

I hope you will read this. Could you build in the diplomacy mod so that making all the lords like you easier as well as put in blackwater bay as a small prosperous town near kings landing and can you make the knights of the reach appear in full heavy plate armor and have armets. Please read this and consider it in your next version of ACOK.

PS i have finished all of your versions consecutively and would like to begin cheating just to see how easy it is so the full diplomacy mod would with the cheat menu would be greatly appreciated because i have heard and experienced how useful it is to having a near perfect and controlled kingdom. Cheers your Australian Mate Muzz

Golden Company! <3 And you could add the "House Baratheon of King's Landing" Faction if Joffrey joins the Game of Thrones. Thank you for the update guys! Are the new armors already in the game?

Not reading the changelog until the end makes people ask stupid questions. "Are the new armors already in the game?" Im sry.

did you add recruitable gold cloaks yet? I saw them in kings landing but could not recruit them. do I need to take the city first?

I have that problem too

Awesome Mod. I think you're really doing a great job. but alas, sometime in tourneys I will spawn with no weapons. is this suppose to happen? it's a huge disadvantage trying to bare fist knights with full plate, sword/shield, etc.

bugs in this version:
sometimes no weapon in training champ.

This might be a stupid question and not necessarily referring to this update, but where can I get a hold of a valyrian blade? I have been in so many tournaments it's ridiculous, and I have beaten the crap out of Lyn Corbray, Randyl Tarly and Harass Harlaw for their ancestral swords. But nothing seems to work.

Hope to get a response on this asap since the first though I got when I heard about this mod was that I was going to be a raider with a valyrian blade, and that didn't work so well without a valyrian blade :P

As I have said on other forums:
"Great work!" :D

I'm pretty sure the only Valyrian Blade in the game at the moment is Heartsbane, and I believe there's a small percentage chance it can drop as a special item if you beat Lord Tarly. It's the only one that shows up in the item database at least. I think I read that a few releases back Cozur took the Valyrian Blades out because it could make the game too easy.

I have read a lot about he removing it, but haven't found anything after the 0.8 so have always wondered. I can try to lock more around like I have always done (with no success at all :P).

Btw can you send me a link to the website of the database, since I haven't even heard of a datase to this mod, that would be nice :)

Thank you for time and help :)

You can actually view the database in the game. You just have to enable cheats, then open up the in-game command prompt (shift-~) and type in "cheatmenu". Once you do that, go to your camp options and you'll be able to choose to search all the items in-game. Just type in "nocheatmenu" once your done to disable the cheat options again. I don't recommend playing with the cheat stuff on - it makes the game way less challenging.

outright best mod for this game and the best GOT themed game i have played. Fantastic work dude. really looking forward to V1.0.

I see you have started to model the armour after how it looks in the HBO show. Do you have any plans to make the game-characters look like their actors in said show?

Great work . Can't wait for the armors to be put in the game

There is a glitch where breaking a person out of the crossing you end up out side in the river when you exit the prison.

In 0.93 patched None of the markets would actually restock their money, making it impossible to sell anything anywhere after a while, is that the trade goods bug that was fixed? I really, Really hope so!

I know the ship bug on land is an issue that was meant to be sorted on 0.92 but I'm getting it on 0.94 at the moment, anyone got any idea for a fix as I'm unable to get out of the ship!

Great mod by the way, excellent work Cozur! If you could let me know of a hack or a script to edit that would be great.

Solution that worked was to save and reload the game, then it cues the disembark choice. Hope this helps someone!

Just go to the camp menu & wait for a while. Only needs a second and then you're back on your horse:)

some bugs i ran into:
-lord paxter redwyne is married to 2 people (polygamy is in the game?)
-moat cailin in the north doesnt have a dungeon entrance making rescue/ransom lord quests impossible
-stormlands doesnt send any caravans in peacetime
-all towns have a prosperity of poor and dont restock money (not sure if this is a bug)
-those unsullied guys that you find in taverns dont do anything
-boat battles arent finished even when you kill/wound every enemy.
-king renly never goes to war unless some random faction comes out of nowhere and declares war first
-sometimes when you capture a vassel as a prisoner, they respawn on the map while they are still your prisoner
-when you buy and cultivate land in some places and then sell all of it, you still lose money long after you sold your land
--some suggestions--
-nerf the westerland longbowmen. they sometimes one shot me when im wearing lordly armor
-make boats a little bigger to prevents troops and yourself from falling off the boat
-not so many trees. they make hell for army as cavalry get stuck and then any troops behind them get stuck

I decided to finally update to v.94 from .90 after a several months-long hiatus. Still an awesome mod that easily deserves a 10/10 considering it's still beta, but might I just nitpick on just one tiny insignificant yet furiously jimmy-rustling detail?

I mean, I get custom meshes/textures/etc., but literally the native module's faces are 10x better in my not-so-humble opinion. Perhaps I am just a grandmaster neckbeard aesthete extraordinaire and I'm about to get downvoted to oblivion, but the night isn't the only thing that's dark (das racist!) and full of terrors.

Sorry for the incoherent rambling. It's 4am. Sue me. And did I mention how awesome this mod is? :)

Really cool! hey, are we no longer supposed to be able to change the Unsullied gear? also, are we getting the King's Guard? and their armours? cause EVERYONE know they have the coolest armours in game. And also, I would love to meet Sir Barristan Selmy