Overview post to highlight the changes to Wikinger: European Theatre of War in the coming 3.1.5 patch.

First and foremost is the doctrine being reworked in this patch, we're overhauling the "scorched earth" doctrine and transitioning it to the SS Panzer-Artillerie-Regiment "Verbrannte Erde".

Scorched Earth was a military tactic employed when retreating to delay your advancing enemy and deny him any resources they may need to keep their army moving. We do have a bit of this in the current doctrine but it is really a mish-mash of artillery and infantry with no real obvious focus.

Our idea is to make it more focused on the Panzer Artillerie Regiment while still including other support elements like the Panzer Pionere Kompanie using heavy engineers for delaying tactics, like booby traps and mines. Snipers will also feature heavily in this doctrine. Then once the enemy is stretched and disoriented you will be able to call in support from Kampfgruppe Hansen to counter attack and rout your enemy!

These were all historical tactics of the numerically inferior German forces who relied heavily on superior mobility and command and control to even the score. Also any way possible that they could delay the enemy and deny him resources was employed.

As this is our first doctrine featuring artillery, we thought it would be the perfect time to do the artillery rework we have had planned, this has delayed the patch from coming out as quickly as we would have liked however it will be worth the wait! 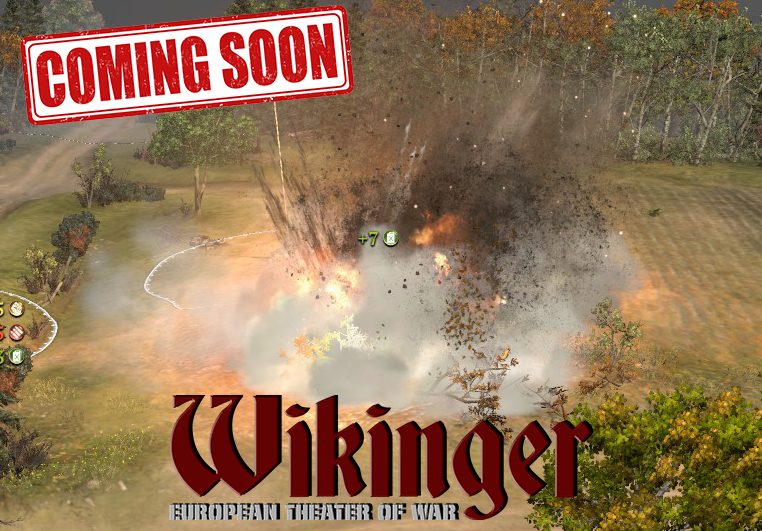 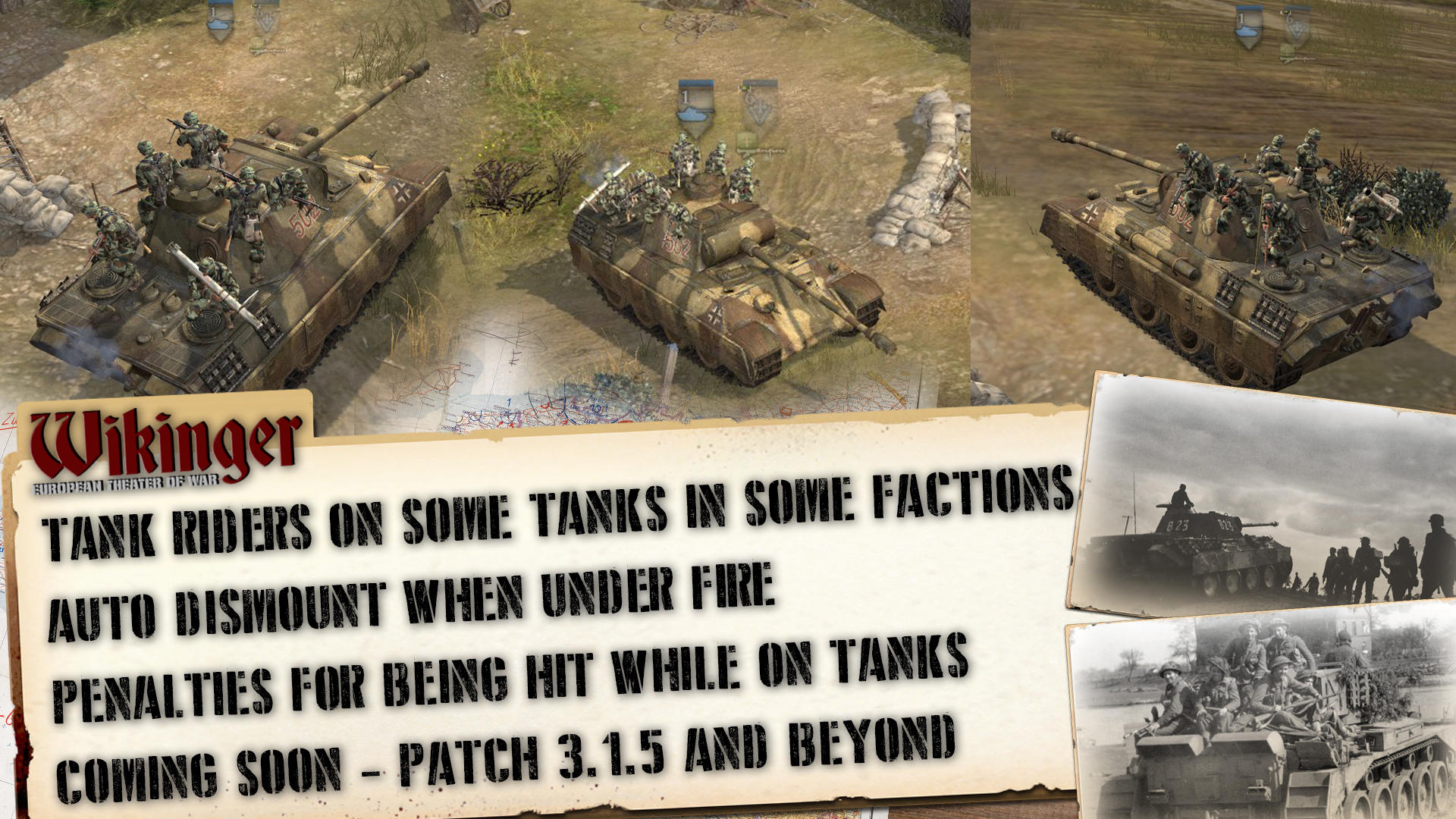 Another fantastic Wikinger skin by Starbuck 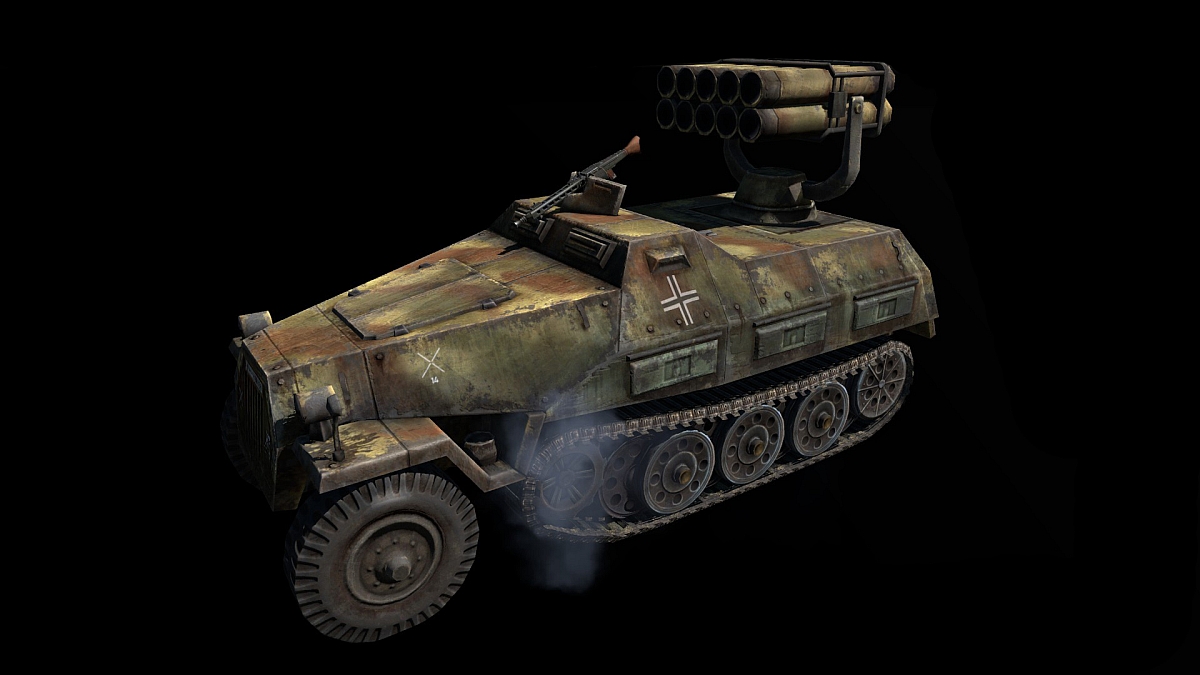 Looking forward to seeing you all for our next update!

Yeah we're pretty excited for it, looking forward to getting the release out to everyone as soon as we can but there's still a bit more doctrinal work to do. As of the time of writing we have 10/16 of the abilities modded in for the SE tech tree. Once that is completed theres some UI and code work to do before we can get a beta out.

Tank riders are going to be an ongoing project, as it currently stands there is the T34/76 from the vanilla game, we have added the Panther A and the T34/85 and will continue to add more vehicles as we progress.

this "top secret" in the tech trees, something still to come?

It is, it was an ugly solution to the problem of going from five factions with three doctrines and seven abilities (105 total) to five factions with four doctrines and 16 abilities (320 total). If you look at OKW Luftwaffe and Wunderwaffe or US Armor and Airborne you can see the full tech trees in their completeness, the rest are being modded one doctrine at a time, this patch however has other new features coming as well so it is taking longer than the usual three weeks.

Dude, your mod is incredible, it was only my curiosity, I want to see what else is coming for us to play

Thank you so much :) its comments like this that make what we do so much more rewarding!

If you're interested in keeping close tabs on what we do I would encourage you to head on over to our website and check out the forum. Wikingeretow.com

The website is slowly building into a players resource so you'll be able to preview the tech tree, know what units you have available etc.

Again, thanks for the kind words and for stopping by!