Graphics enhancements based on user testing, with screenshots from levels.

Elfscape: Ancestors is slowly getting ready for a release (of course we still have a ton of work to do). But as a first big step, we did a user testing on a few levels of our game. Today we’ll show you some of the discovered graphics flaws, and how we fixed them.

First problem was with pogo platforms. You see, in Elfscape: Ancestors, there are two types of platforms. Platforms you can jump/fall through, which are usually thin and easily distinguished. Then we have basic platforms you can’t jump through - they are usually represented by a big chunk of terrain so it’s pretty obvious you can only walk on the surface and can’t do any jumping through. But with pogo platforms, the type difference wasn’t totally clear. They looked a bit like you could jump through them - only to discover you’ll just bash your head.

We'll show you transformation pictures of one of the pogo platforms. There are two types of pogo platforms - small and big - each with different jump height. In this instance, we're upgrading the small pogo. In the first phase, we thought maybe it would be enough to make it taller.

On the right: original small pogo
On the left: a slightly higher pogo platform which still doesn't look different enough 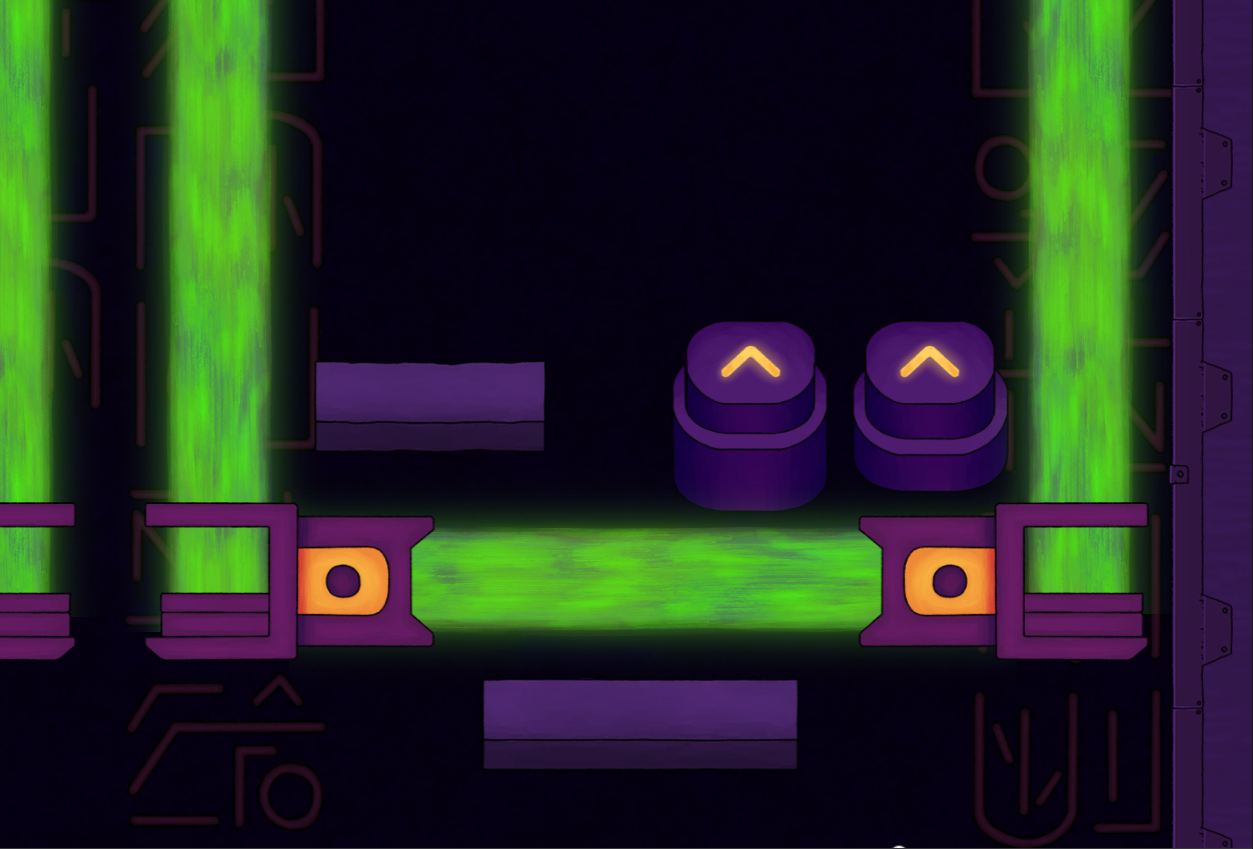 However the height change wasn't enough. We decided to try adding some glyphs that are also on the big pogo platforms. Glyph upgrade worked well and the small purple pogos should now be more clearly a non-jumpthrough platforms.

On the right: original small pogo
In the middle: upgraded small pogo
On the left: big pogo platform for reference 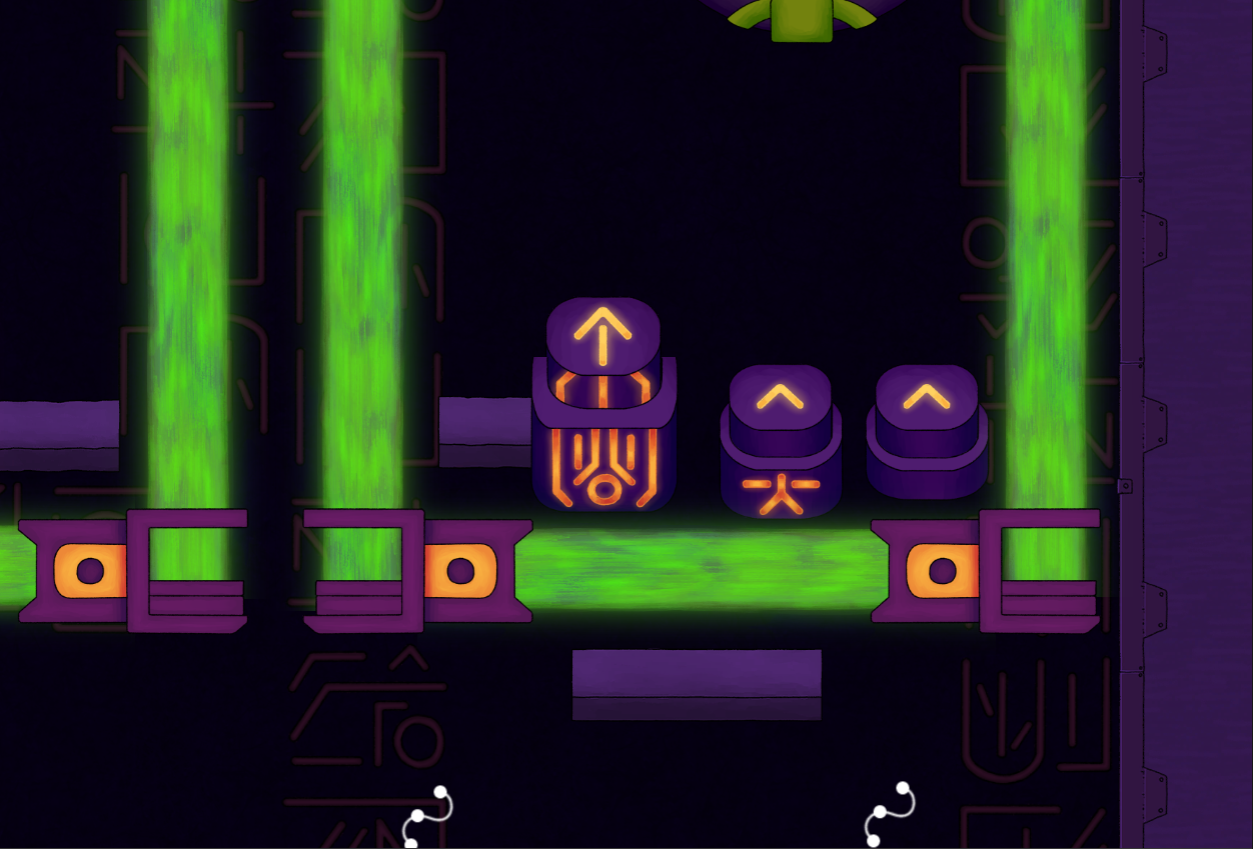 Similar transformation was done for this wide blue pogo platform.

On the left: original pogo
On the right: a slightly higher pogo platform which still doesn't look different enough 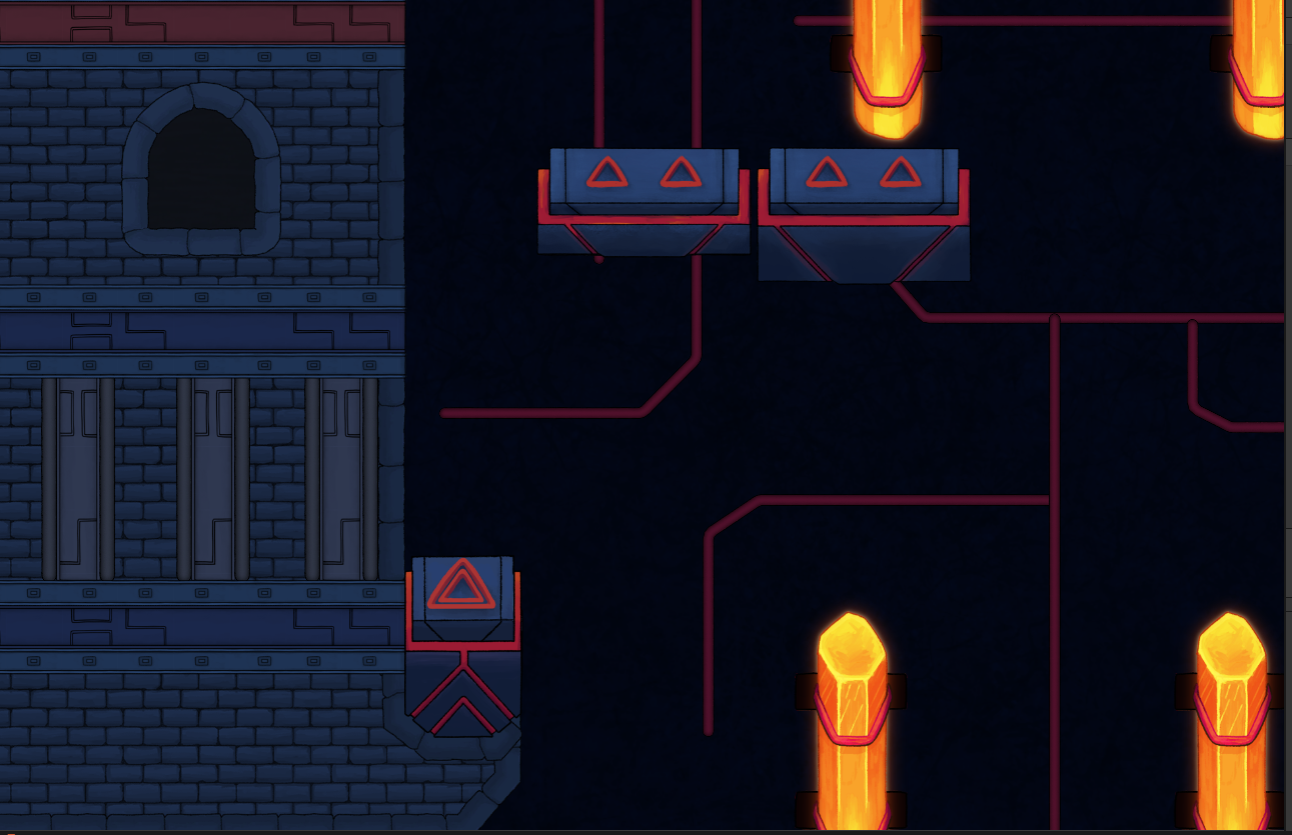 On the left: original pogo
On the right: upgraded pogo 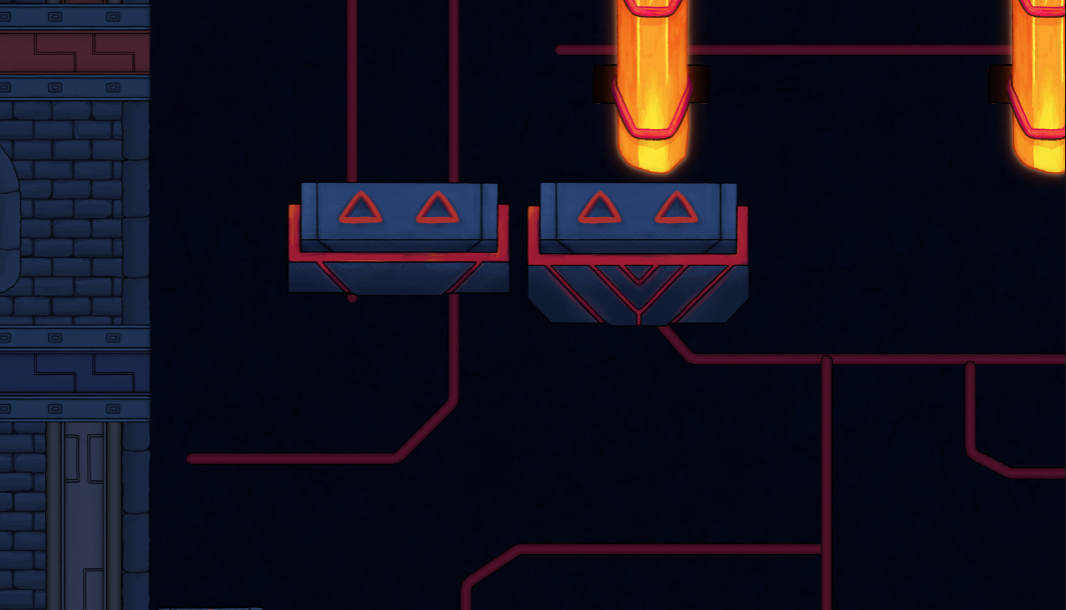 The second problem we encountered was related to background aesthetics. Wall glyphs that are in the background kind of melted in the wall and weren’t as visible as we hoped. The fix was easy, we just made them lighter. 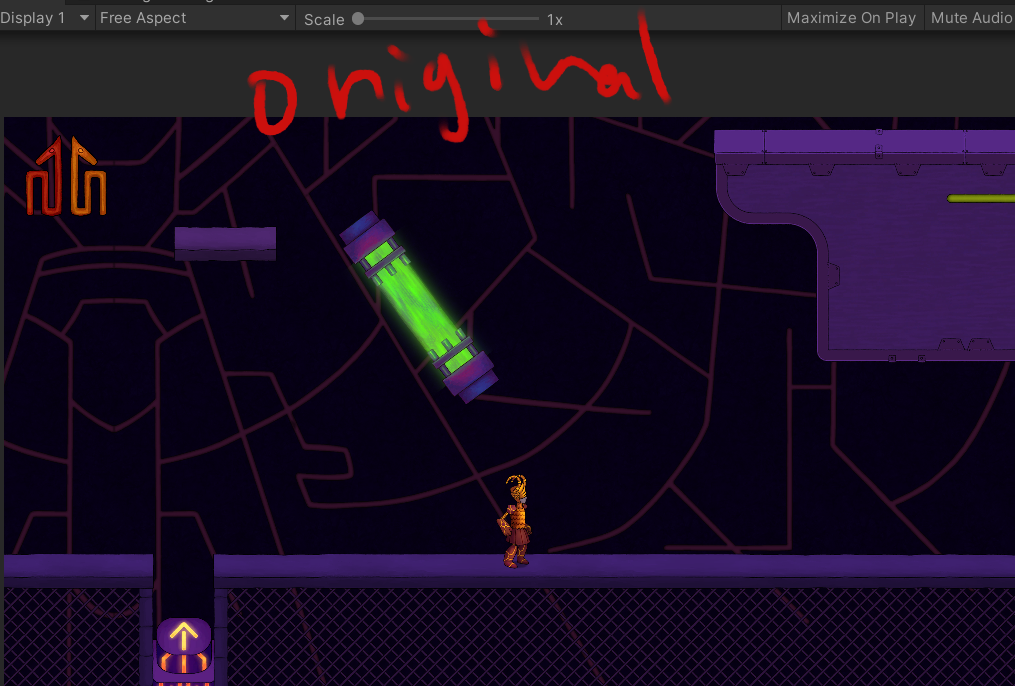 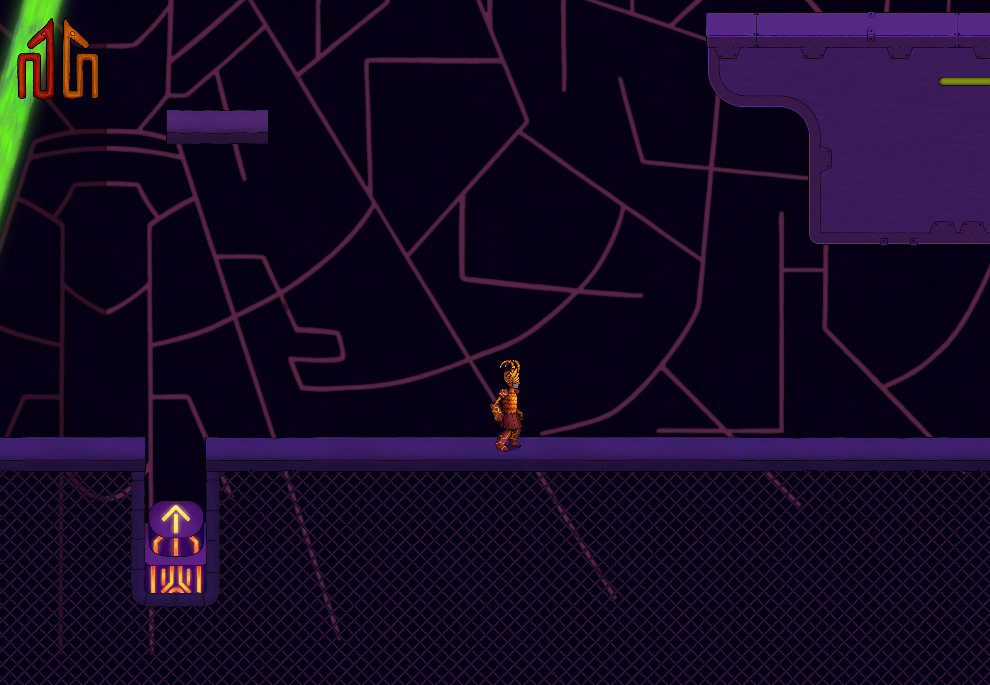