We told you we'd reveal more about Zombie Panic! Source v2.0 soon and by that we hoped to surprise you with an early release! We're all going to be busy celebrating Halloween and we hope to hear all about yours so instead of waiting till the 31st. Enjoy ZPS v2.0 Now! If you already have ZPS installed it should already be updating/updated and we've already contacted the Servers to let them know to update theirs. It's a very large patch (400+ MB) so get updating ASAP. If however you don't have ZPS... 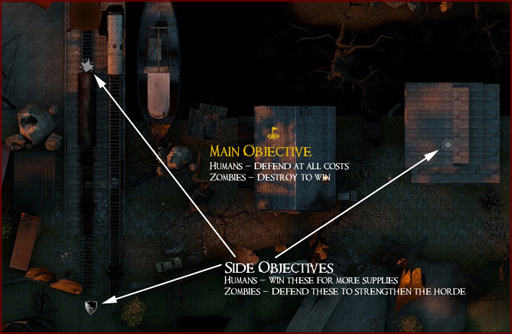 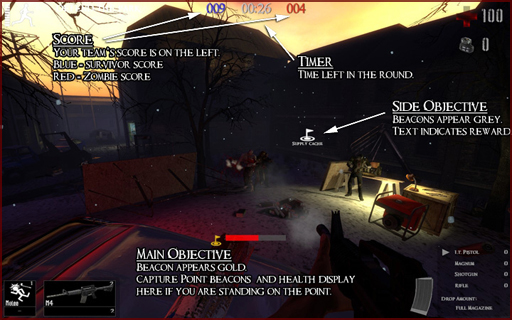 Before you run off to play, we'd like to congratulate this years winners of the Official ZPS Halloween Prop Modeling Contest. We were very excited to see what you would all enter into this years competition and were very happy with the results.

For everyone else, excellent work and I look forward to next year. If you didn't win and would like to release your content you may go ahead and do so. Feel free to post your work on the forums for all to see as well.

We would also like to once again thank NOESIS Interactive for their support and help with judging.

Uh the update is not the 31?! Well i go later dl the update!

Why the hell does Valve do this to Mods? Remember the Team Fortress 2 demo? That kinda killed off Fortress Forever's hype. Now the Left 4 Dead 2 Demo has come out! Today! God now I don't know what to play. L4D2 or ZPS 2.0!?

Play both. ZPS and L4D2 are very very much apart as to gameplay. Of course l4d2 did add in melee weapons so maybe l4d3 will be kill off zps! OH NOES! heh It's halloween and everyones releasing. L4D1 didn't hurt ZPS so we'll see :) Already working on our next patch as well.

well they are 2 different games when you look at them. L4D2 is more cinematic and is more along the lines of run like hell, take a breather and run again with a ton of ai zombies in-front and behind you. Also L4D2 feels a bit more team dependent as in you use your teammates for things other then extra guns or extra zombie claws. ZP:S seems a bit more objective based and more into horror then into the constant action (again, individual stalker player zombies rather then giant 50 infected hoards). And finally in ZP:S it looks like more of an open are most of the time rather then a bunch of paths from point "A" to "B". I wish the best of luck to both games anyway.

Obviously your parents are brothers

heh good job to winners :) is the arcade machine in any maps? oh and nice to see u constantly updating :D gj guys!

He was asked to reskin (what you see is the reskin) so it didn't make it into this patch but will be available for v2.1 in maps. Will be hitting you up soon razor but now I must sleep x.x appreciate the compliment :D

woah wait no infection? what is this wounding thing?

Those are only in ZPA. The features listed with a .- are all ZPA-specific.

Wounding is just a gradual loss of life.

yeah I'm not really diggin this update, everyone else I played with agrees. Hope you guys work everything out for the next patch... didn't really like ZPA either sorry =/

Never played this mod very much this looks like a big update so will check it out.

I haven't noticed much change so far in the mod. Then again, i only played for 10 minutes on one map and server. But it does look good.

Played ZPS ages ago and it was still pretty rough (in gameplay aswell), but now it looks awesome. Think it's time to download.
And the new mode sounds better than the new scavenger mode in l4d2, so grats on that :)