About This Mod
This mod is a space fighter simulation on the Freelancer engine. It is heavily inspired by Colony Wars and the large fleet battles in many SciFi movies. Dive into every variety of combat from escort missions to all-out fleet battles.

The Federation Calls You for a Tour of Duty
You are a pilot signing on to the navy of the Orin Federation, the only real superpower in the post-war world. 14 years ago there was a massive territorial war between the Federation and the United Systems, also called the Union.

You will fly the Crow, the premier fighter of the Federation. It has excellent multi-role capabilities and was battle hardened over years of skirmishes.

IMPORTANT: There's no freelancing! To advance to the next mission, sell the H-Fuel to the station. If you for some reason come up short on cash, sell a gun. You'll get it back. For mission 1, just undock. No need to sell for mission 1.

If you have any issues what so ever, you can email me at masternerdguy@yahoo.com


Warning
This mod has fleet fights somewhat larger than the battles most Freelancer players are used to. This is not for a wimpy PC. I run it fine with a 2.3ghz duel core CPU and 4gb of RAM.

Wings of the Federation - Redux

Better Late Than Never
You may remember being excited to play Wings of the Federation, the first ever complete custom campaign for Freelancer, back in 2010. You may also remember being frustrated at some very idiotic bugs at the start of the game. Well, no longer! Those bugs are crushed. 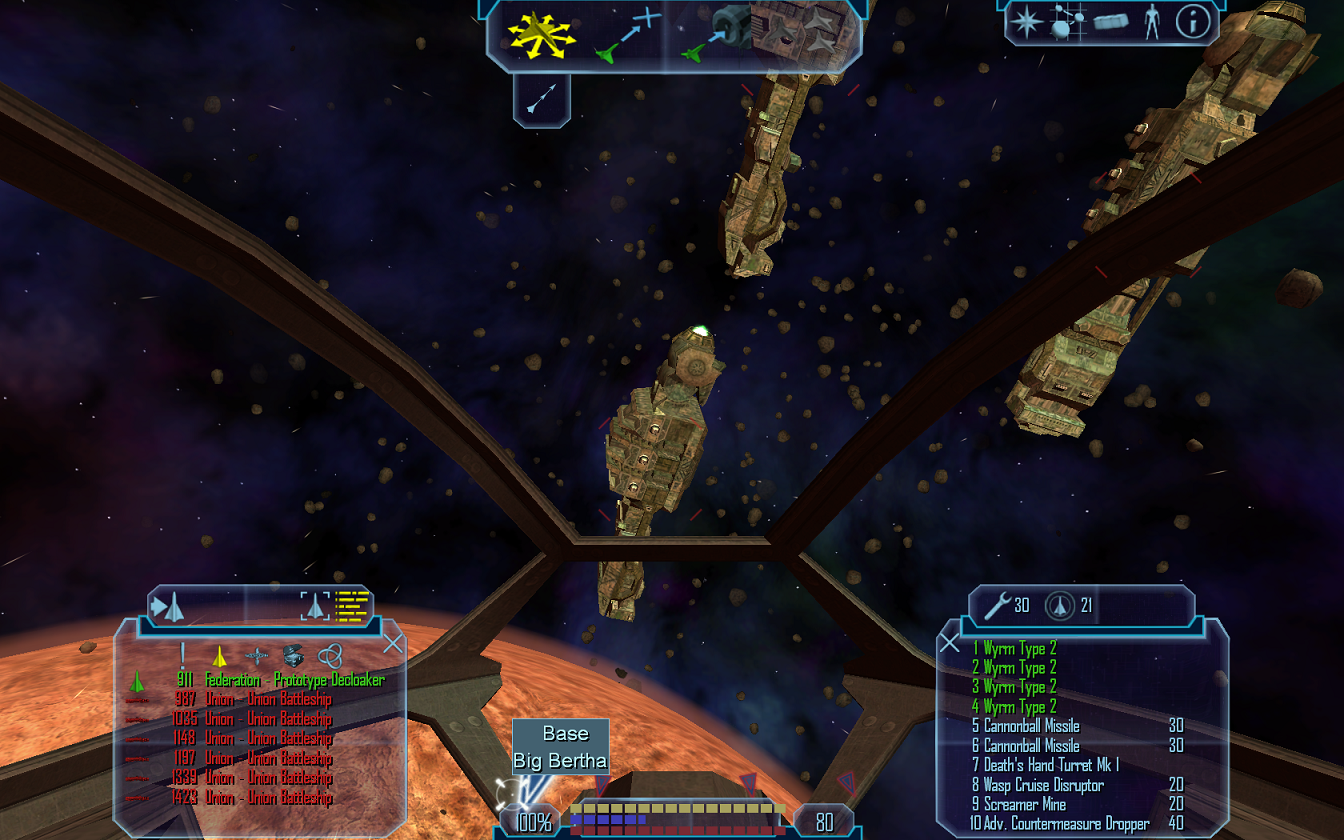 Wings of the Federation is back for more, and ready for you to play whether you beat it back in 2010 or are experiencing it for the very first time!

What brought this on? Well, I had recently gotten an email from someone who was having issues getting the mod to work on their system. I realized that I needed to go back and make the mod easier to install, because there are still people who haven't played it.

Vote Wings of the Federation

WoTF has been out for nearly a week, and I want to begin collecting feedback. I am aware of some of the issues with the mod.

I dun goofed up! I deployed an installation with a corrupt universe folder! This patch makes the campaign work properly (as in makes it playable).

Wings of the Federation - Redux

This re-release of the original contains bug fixes and the patch so it works out of the box. Note: No built in widescreen and needs CD-Rom. Remember to...

READ DETAILED DESCRIPTION! If not, your game experience won't be pleasant.

This is the full release. Use FL Mod Manager. Note: No built in widescreen and needs CD-Rom. Remember to get to next mission just sell your H-fuel or...

shows an error while installing this mod.
"access to content.dll was denied"
this mod conflicts with "HD Textures 1.2"

I finished this incredible mod, and if it's okay i will say what i liked and what i didn't

Goods:
- Battles are massive, which makes player more exciting, not like in vanilla.
- Unique story, system names and the mod is very original in general
- It has a new storyline, they are not easy to make, requires lot of effort, but you managed to make the incredible one.

Bads:
- Sometimes fights (especially the last mission) are too though as they have many ships that most likely target you.
- Ally ships are static, they shoot at the enemy if he is close to their position, but if he flies away a bit, they will not chase him, they will stand

That's about it, i finished your campaign and i really enjoyed it.
P.S. Those planets are huge :D

Awaiting authorization for a new release that fixes some issues in the original.

Do this after applying the mandatory patch.

I downloaded the mandatory patch and the mod, unzipped them, activated them and started "Freelancer", but it crashed before main menu. Has anybody have the same problem as me? :S

patch freelancer to 1.1 after doing a clean install, unpack mod, and unpack patch. will fix.

Single Player
Tags
Embed Buttons
Link to Wings of the Federation by selecting a button and using the embed code provided more...