This mod focuses on the conflicts in Southeast Asia - specifically Vietnam between 1955-1975. As we take you back in time you will be able to play as historically accurate factions such as France, the United States, ANZAC forces, the Vietcong, NVA, and ARVN.

We will be adding plenty of new vehicles, entities and textures, tons and tons of new skins and models, and also different game physics and difficulties akin to Robz Realism. You can expect real historically authentic battles, as we use new assets to take you back to the very battlefields you will be playing on. Everything from uniforms, to weapons and ordinance, helmets and gear, will be authentic to the time periods in which we wish to portray.

It is an ambitious project so we just ask that you remain patient, and keep checking up on us.


We have a Discord if you would like to join, we will post more frequent updates on it.
LINK: Discord.gg 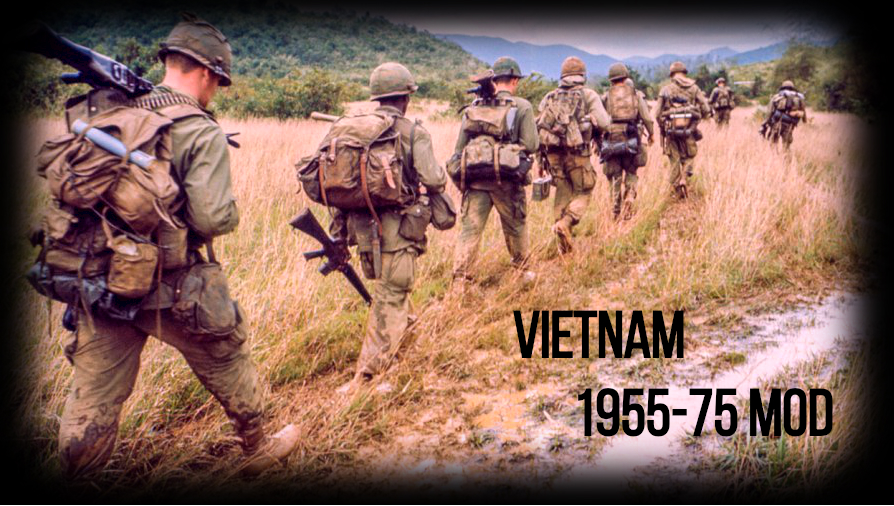 Join our new community Discord to chat about the mod and ask questions to the devs.

We are still working hard on the mod, to check the progress of the mod, join the discord and we will have more frequent updates on the mod on the Discord channel.

Make sure to join the Discord channel and read the rules!

This mod is dead right? The truth is that it looked good, it's a shame.

Will the file layout not collide with other mods, like Cold War or Red Rising? Will they be separate folders from the existing ones in the base game?

The mod is dead

Is there any update on the mod?

Tessel for MowAS2 by Bassmaniac Men of War: Assault Squad 2

He111 for Mow AS2 by Bassmaniac Men of War: Assault Squad 2