Lot's of improvements has been made since the first Beta release 1.2 , some of them:

- 60% larger view distance in all maps maps, maintaining each map individual Fog signature
- All maps with much better Hi-Resolution 2048MB (Finest possible quality) Lighting with SoftShadows, original maps have an 512MB texture for object lighting and Low-Res shadows for terrains, that makes it much less realistic and whith far worse graphics in general.
- Much better Static Objects details, all static objects keeps the highest Level of Detail (LOD) no matter what. Needs a 1GB+ VRAM Card, capable of running the game at high settings except for AA filtering.
- New color palette, with more realistic look and not as bright and washed as the original one.
- Improved vegetation, more dense and higher, with improved mesh and textures
- New, more realistic Sky Models and Sky Effects
- More detail over distance for every soldier, vehicle, terrain and objects
- New, improved and more detailed textures for terrain and vegetation

- All maps except for Kubra Dam, have dedicated server co-op option for training with up to 64 bots.
- Larger Navigation Mesh for infantry and vehicles for Dragon Valley and Daqing Oilfields, making wider epic Co-op matches possible in a true 64 players combat area.
- Elaborated Game-modes and strategies for all maps on singleplayer and Co-op, that can also be used for new Conquest tournaments.
- Custom Ai file fully compatible with Vanilla Official servers, for large co-op game modes with up to 64 Players

- Fixed flickering on bridges and Airstrips, fixed detail flickering on rocky surfaces
- Disabled LOD switching for objects with complex geometries, this can reduce lag and stuttering at expense of using more video memory (1GB+ VRAM Recommended)
- Reduced vegetation and gravel being rendered in places no one will ever see, such as under big static objects or areas out of combat bounds
- Fine tuned vegetation, view distance and fog for best performance without weird objects pop-in the screen, but avoiding them to be rendered in distances over the max view distance, increasing performance and reducing memory usage.

All the version 1.65 HD improvements plus:

- New HD photorealistic Sky textures from 2048x512 to 8192x2048, with realistic hand painted transactions and perspectives. (Thanks Sgt. Prof for providing the RAW images at 13.000x4.000 some identical with the ones used in BF2!)

- Fixed Operation Harvest HD compatibility with official server and files. (thanks to RockstarCjbr to sort it)

- More transparent water in some maps

- 2k Ground Hemi for better shadows over vehicles and infantry

- Overgrowth ShadowMap now wit 255 shades of gray for some maps instead of only 2 or 3. (Overgrowth is used for shadows over trees, bushes and some rocks)

1) Download the BF2 game at www.battlelog.co and BF2 dedicated server if you want to run a dedicated Co-Op server for training or fun.

3) Copy/paste the content of BF2Server folder into your EA Games/BF2Server folder to run a dedicated Co-Op server with up to 64 bots and 100FPS (instead of default 35FPS server) or an Official Vanilla Conquest server at 100FPS. Override when asked.

The Ai File comes pre-configured to 48-Bots since not every old computer is able to run an 64 bot match in large maps, you can change it with your notepad for 63 bots if needed.

Look for this server to try it out:
BF2 HD Maps 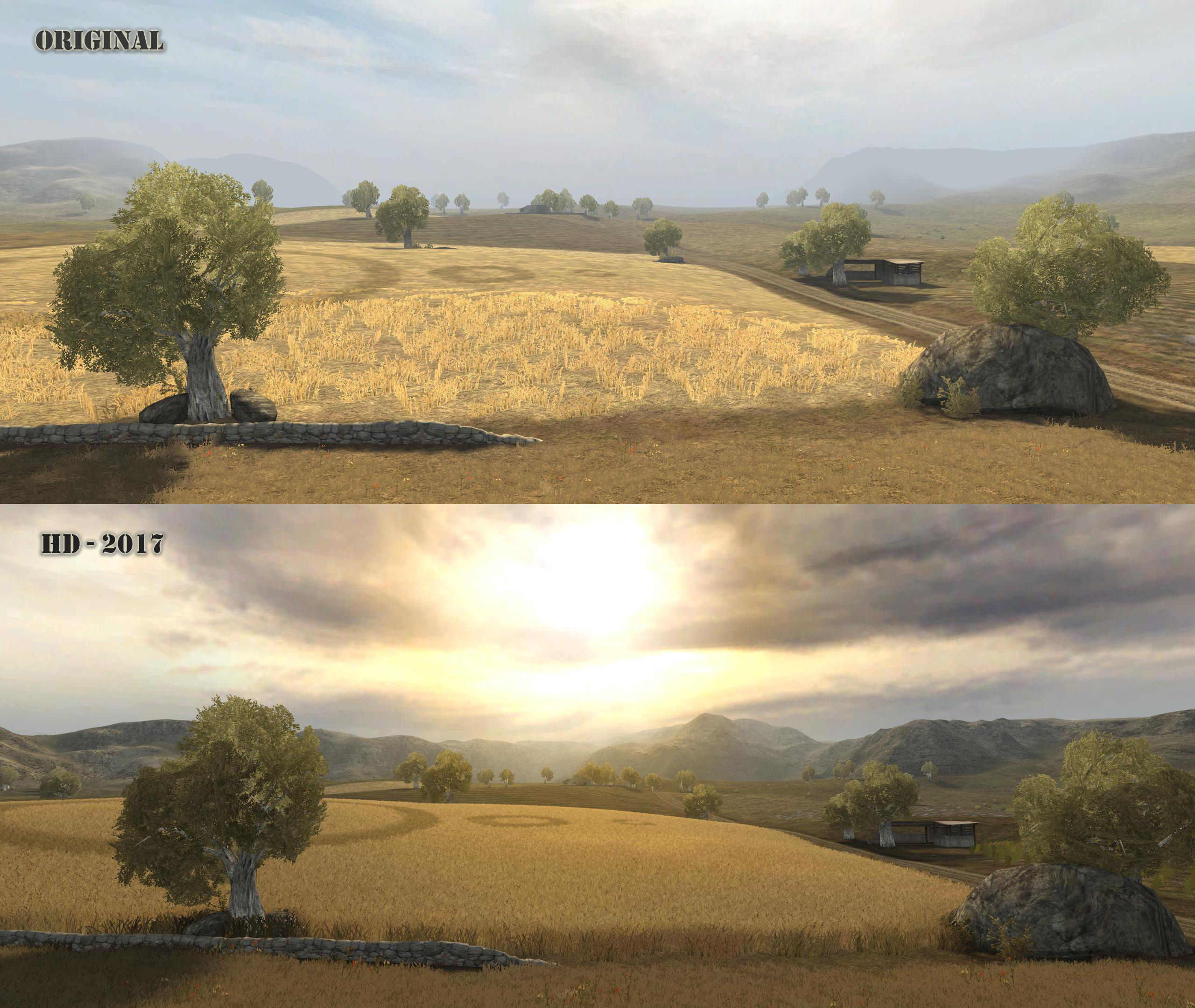 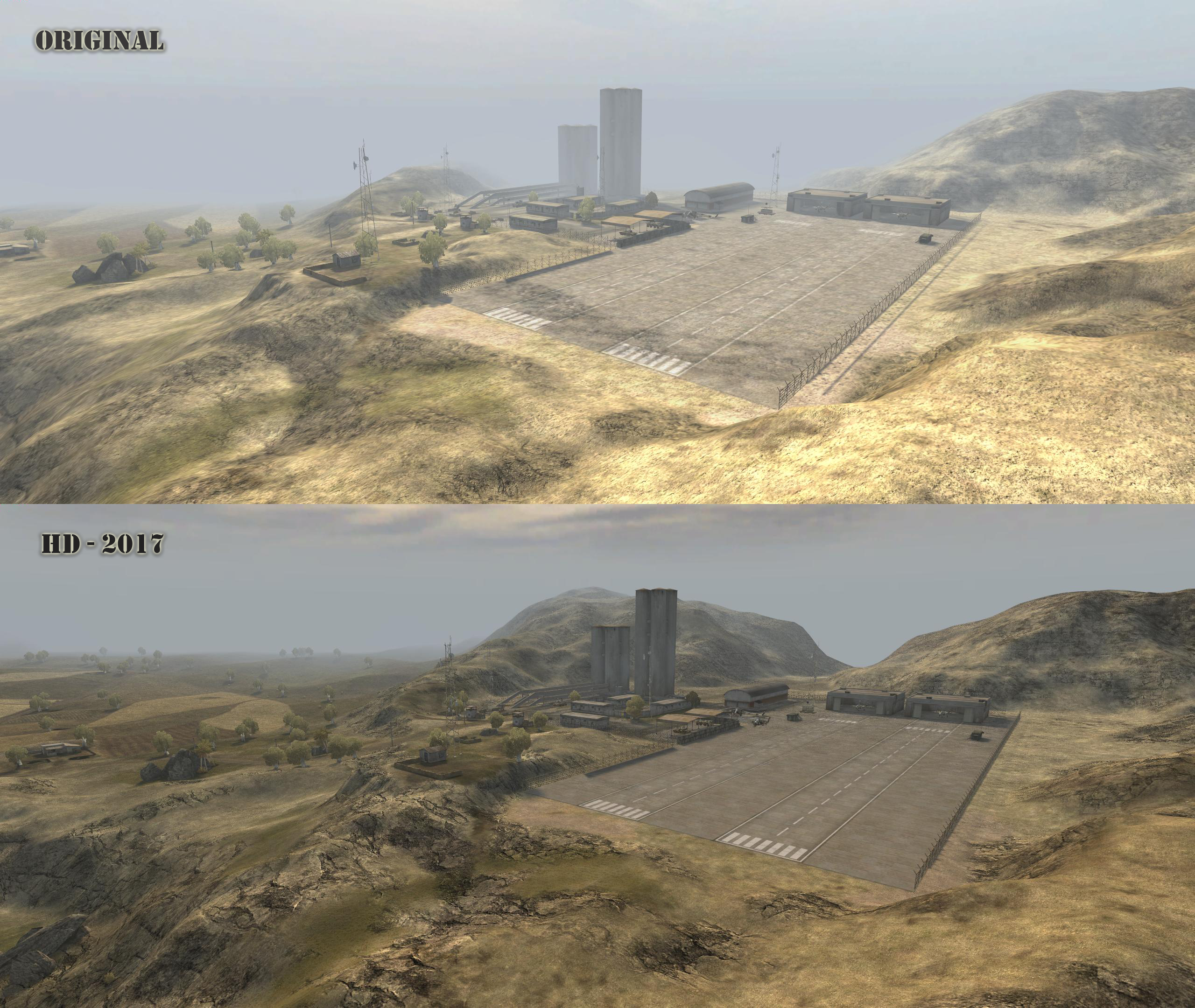 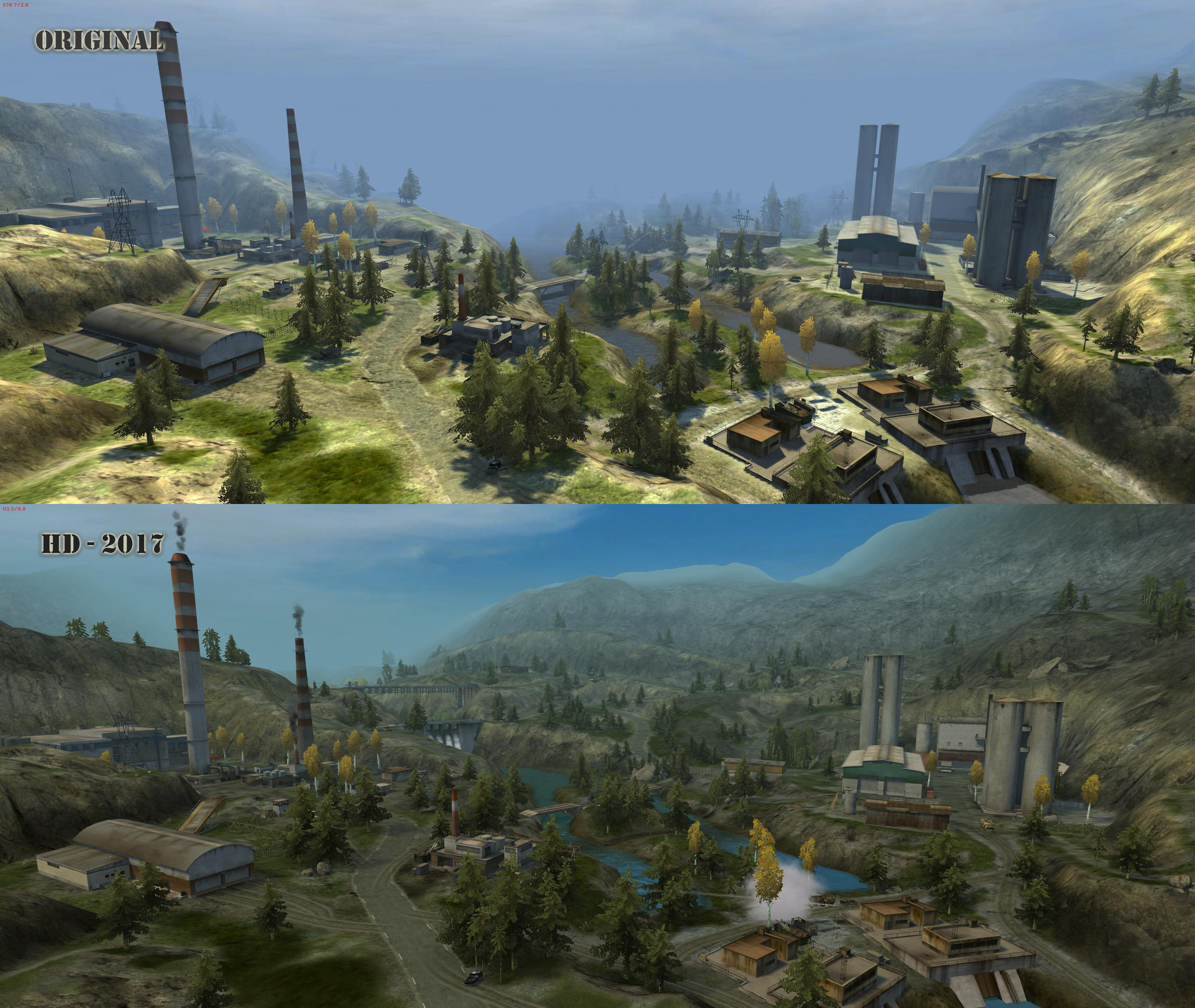 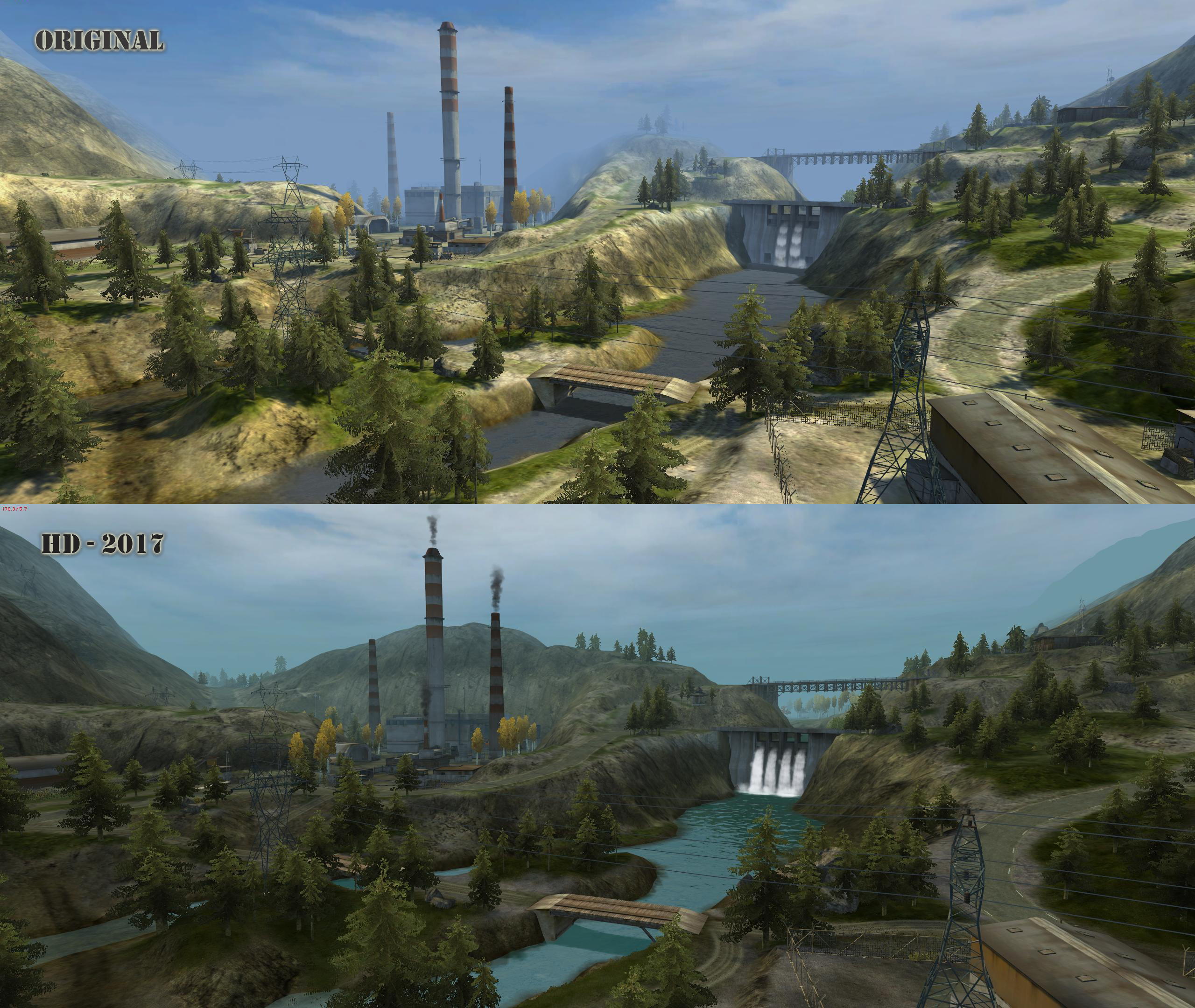 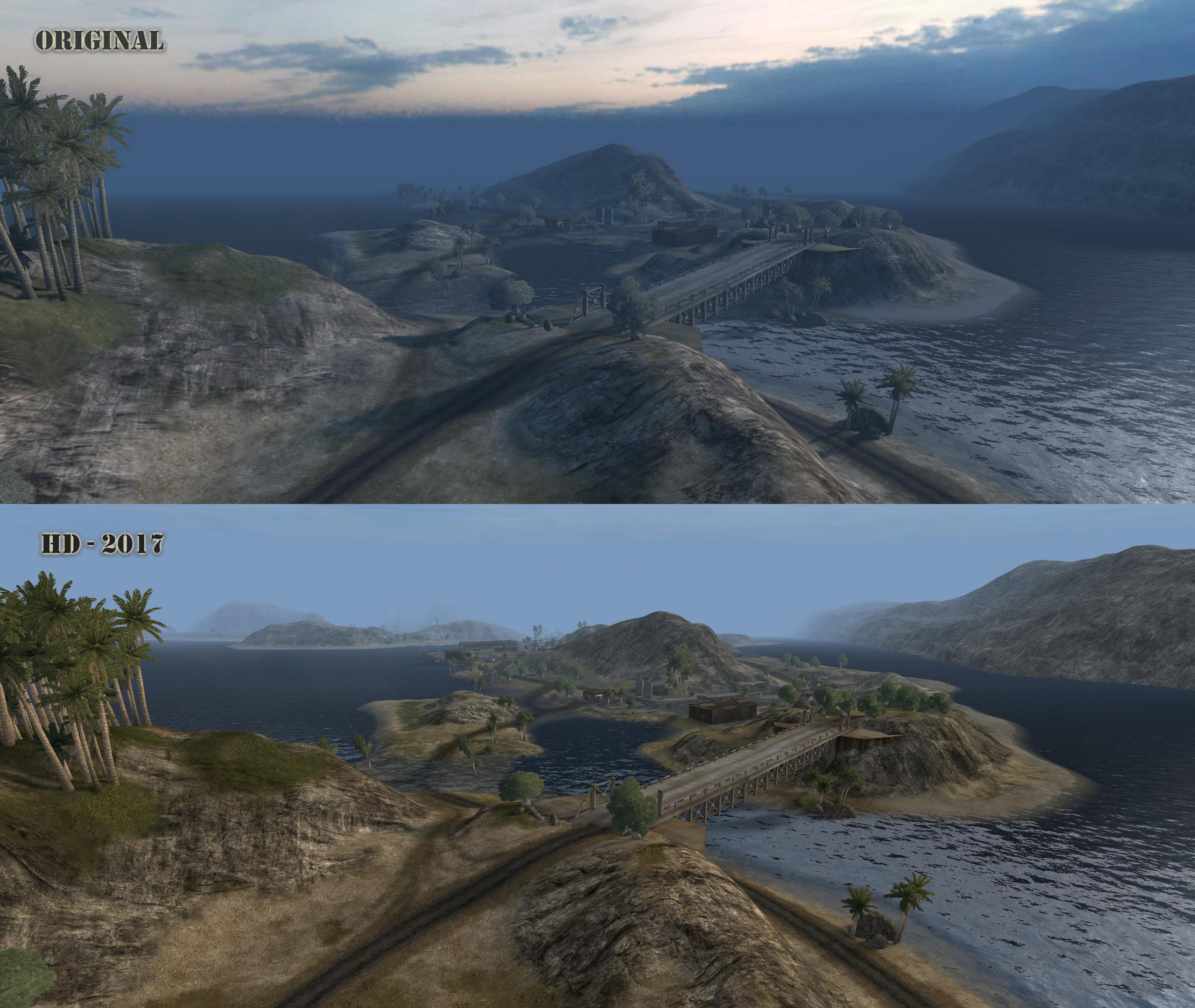 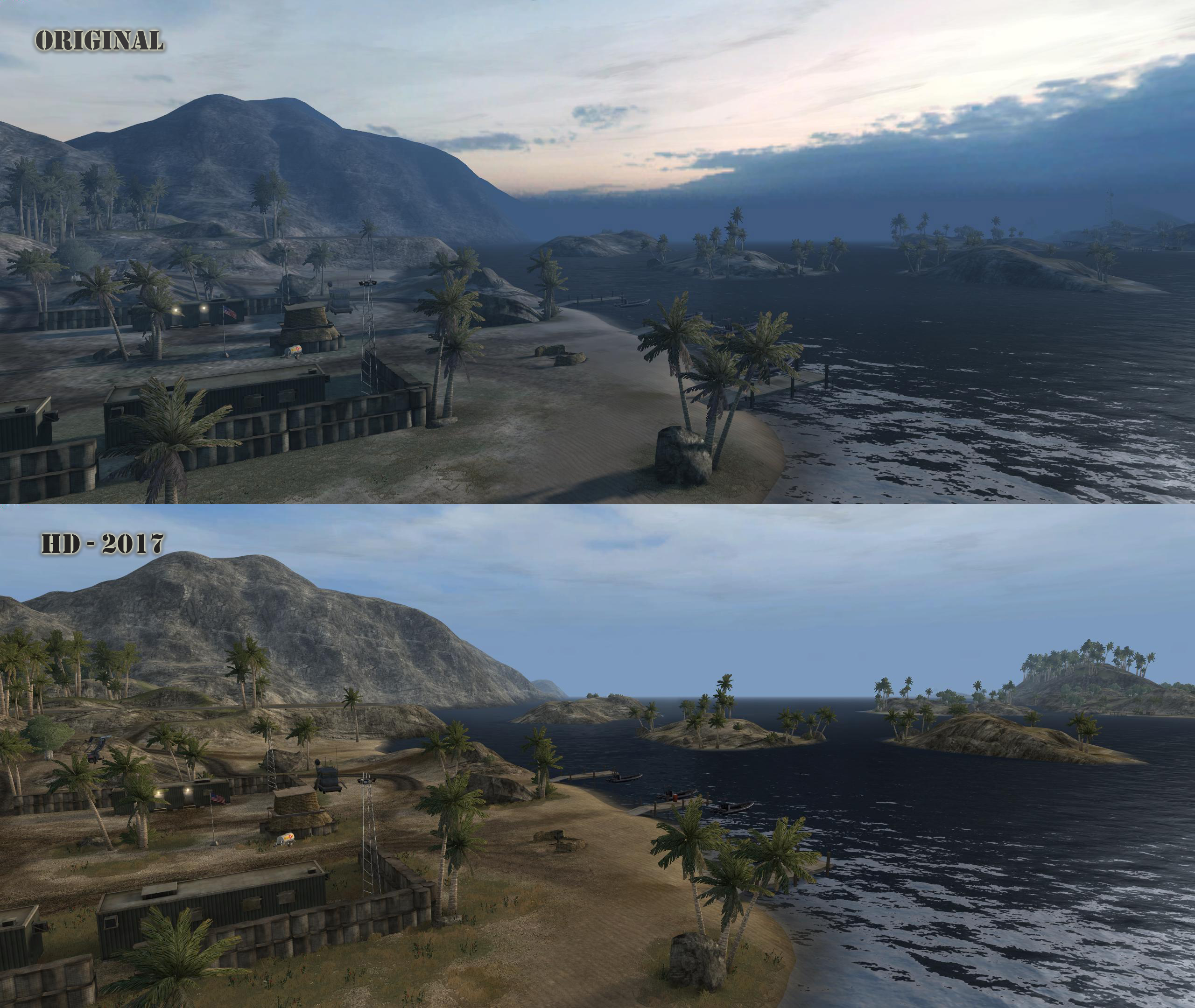 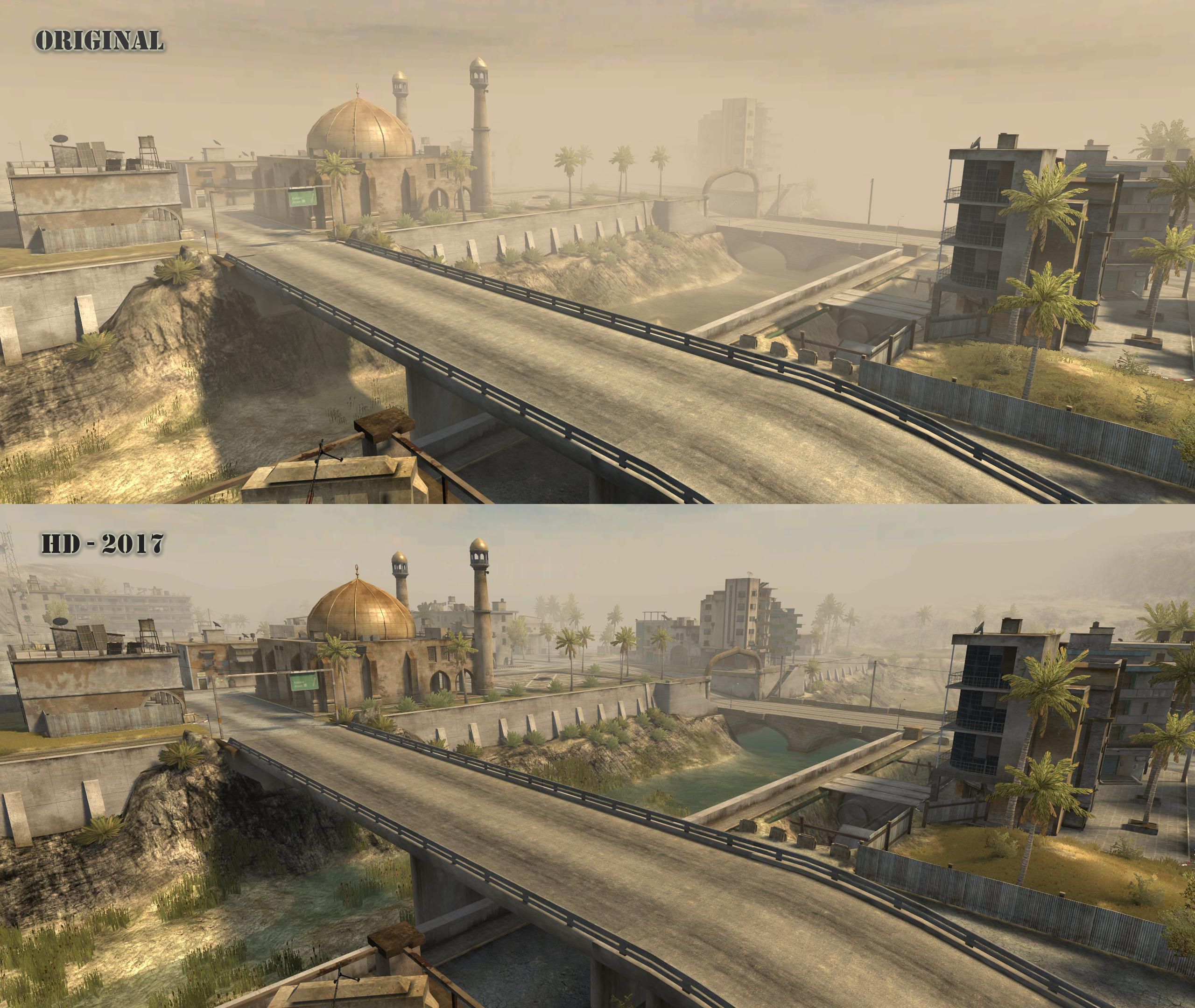 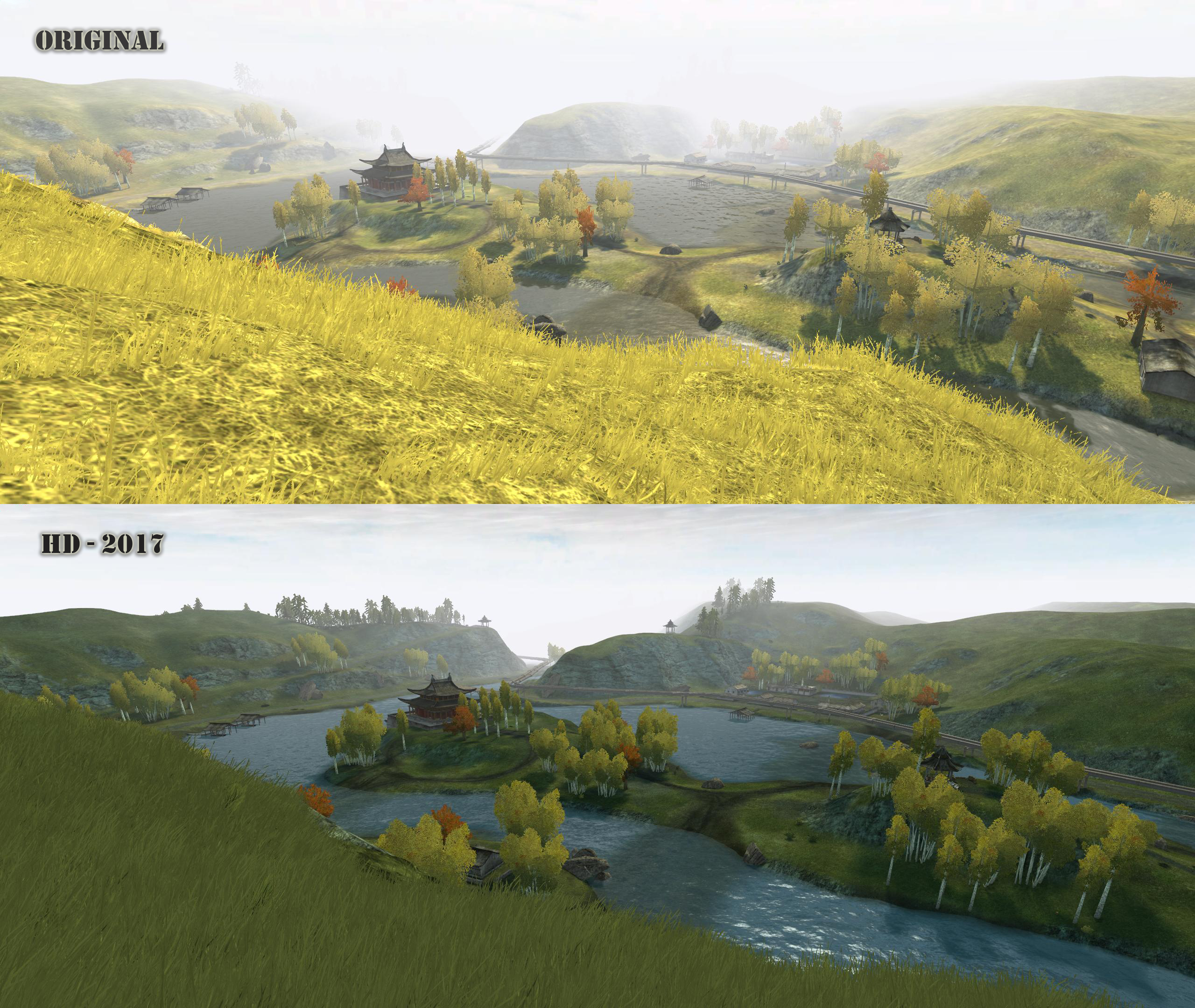 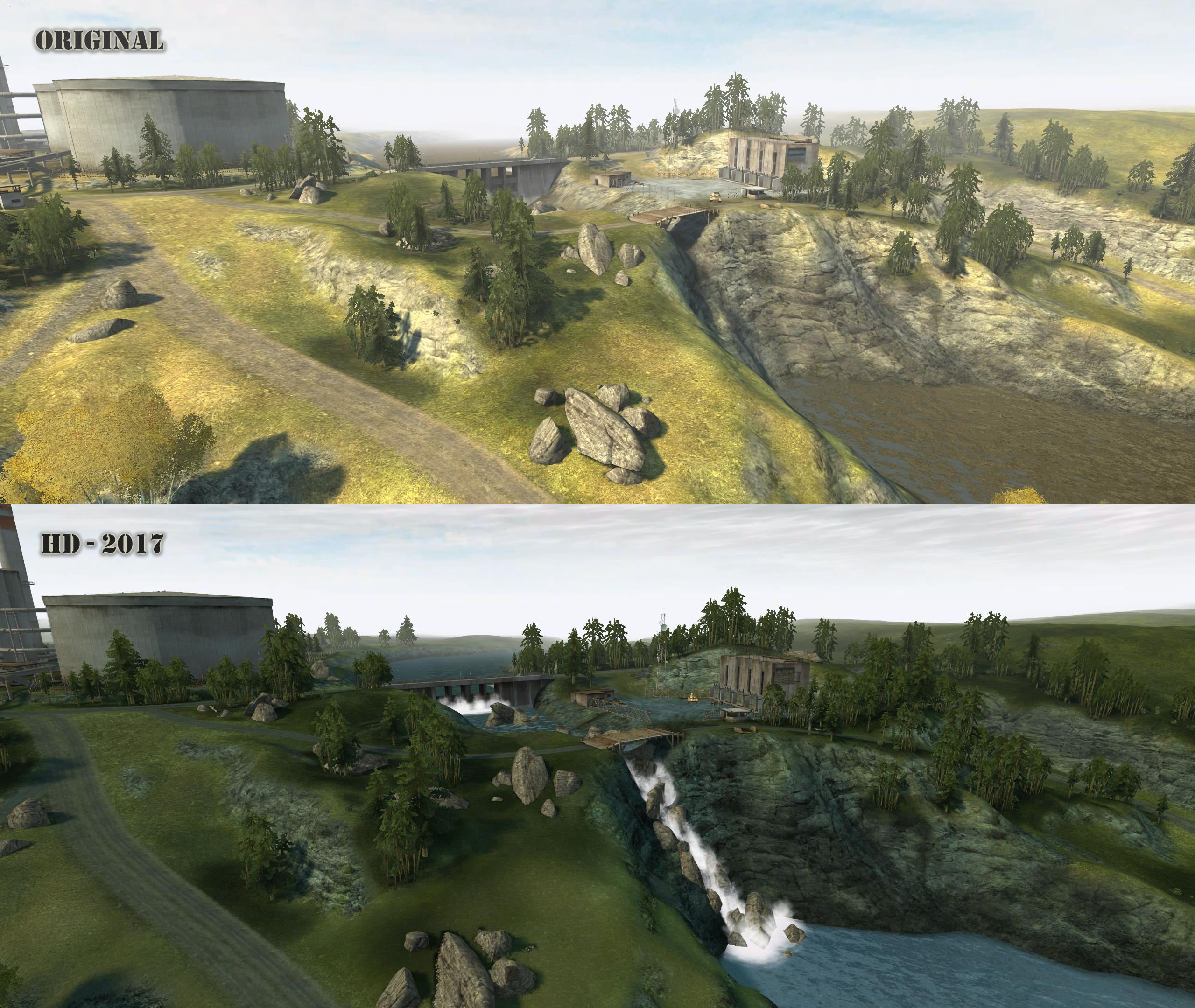 237 BF2 weapons, only the best ones with correct HUD, animations and sizes /scale. Amazing BF4 and BF3 weapons by ponysaurus, develop013, Kyster, Requin94...

BF2 HD Remastered 2017 has finally gone Gold in it's first Official Release. Lot's of improvements has been made since the first Beta release 1.2 Realistic...

Please do not Re-Upload! Download and Go Go Go! There is 2 official SA Ranked servers already (with a 220 ping limit) but probably there will be NA and...

Man, that video intro... I was smiling all the time. What a great mod!

Battlefield HD Remastered 3.0 is coming! check out on the new page:

can i sugest the sound for the ak47 plz

of horse, if it fits

check this its sweet !

its from the game project igi

i can susggst more for otheer weapon

all the sounds used were recorded from the real weapons with a US$15k Mic, I really don't think a regular modder (as myself or others) could do better than this..

As someone who studies sound, I'd say that these sounds aren't the best considering the reverb tail of the sound isn't very long. In-game, that sudden cut-off would make it seem rather artificial. However, the initial firing hit sound is pretty good.

Are you talking about BF4 weapons sounds?

No I was talking about the one that [aliminhas shared

there are stuff you can waste countless hours and still sux, I try not to mess with those ones.

Superior work on visual side of good old bf2. I highly appreciate work!