Unreal Cop is a first person shooter which follows the path of Virtua Cop 2 (see Wikipedia.de for more infos). You will be guided through the maps and shoot enemies before they are shooting at you. At the end of the level there is usually a boss enemy which has more armor than the normal enemy. The current state of this project is alpha so don't expect a fully working mod.

Second release of Unreal Cop - a modification for Unreal Tournament 2004.

After several months I have decided to release another version of Unreal Cop. This is probably the last release. It is far from a finished state but I achieved everything which I wanted to achieve. Now, only the polishing work is left which costs a lot of time I don't want to spend in the near future. The modification has some bugs but you may enjoy it. If you want to develop Unreal Cop further, you are welcome. Just write an eMail and I'll try to answer all questions. The source code is documented but there could be some tricky issues. 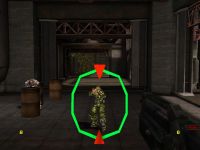 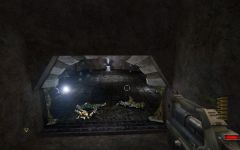 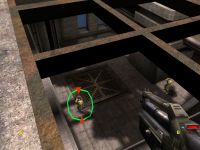 Following new features were added to the current release:

The package is a zip-file. So you only need to unpack this version into your Unreal directory. See readme for more details. There should be no problems if you have unpacked the alpha version previously. Just replace all files.

First release of Unreal Cop is now available at the download section.

This is the second release for Unreal Cop. It contains one new map and new features.

This is a fan made map from Leon. The map is really nice so give it a try. Furthermore, the author wants to know how English people would pronounce the...

This is the Alpha Version of UnrealCop. It demonstrates the capabilities of the current development stage.

how do you reload

Rofl :p That sure is a damn interesting Idea :)
Virtua Cop was kinda fun :)

I was building a map for unreal and editing the properties of an actor. In my infinite wisdom, i dragged it off-screen instead of lowering it. I can not bring it back for the life of me, i feel ive tried everything and i think im going to die. i cannot edit the properties of any actor (lighting, info, pickups) and therefore cannot build maps. Please help.

I tried to reproduce your problem and now I have the same problem ;)
To solve it: Just delete the "unrealed.ini" in your System folder. This should reset all settings for your Unreal Level Editor.
As a second solution you may look for the corresponding entry in your unrealed.ini. Search for [Actor Browser] and correct the x value.

OMG thank you! i didnt think anyone would respond lol. :D I wish it were easier to find on google.

I'm impressed. Good mod with some potential.
I have no idea how you have done this.
I'm an UT2004 modder myself, too. But when I got to see this I have yet proven myself that my programming sucks. :P I never really learned it.