Underhell Chapter 1 + Prologue remake has been released. After over 2 years of hard work, we hope you will enjoy the game.


UNDERHELL CHAPTER ONE ALSO INCLUDES A REMAKE OF THE UNDERHELL PROLOGUE

This is it. The moment has arrived, Underhell Chapter 1 is out now, I was starting to believe this day would never come. When I set out to create this game, I had absolutely no clue what it would become. I was just a 15 year old kid with a story in mind, some cool action scenes, and lots of hope!
Well here we are, 8 years later, Underhell Prologue was released over 2 years ago now, and today we release Underhell Chapter 1.

The Prologue has seen massive improvements since then. We have created many custom systems (inventory, free aim, dismemberment, iron sights, etc...) thanks to our coder Charly.
Underhell Chapter 1 has a level of production that far exceeds the Prologue with 24 voice actors with over 3500 lines of dialogue, nonlinear levels, secondary quests and randomized loot. Some of the decisions you make might not have a direct impact on Chapter 1, but every player choice is saved and stored at the end of the game, meaning I will be able to import them directly to the new chapters.

I can't even begin to describe how this feels, and that's because I don't know it myself, I have been on this auto-pilot mode for the past 2 years, where I would focus entirely and dedicate all my efforts to make this game possible. I'll start feeling the real effect in a couple of days I suppose.
Testing such a game required a tremendous amount of effort, and I am sure there are still bugs and glitches lying around somewhere.

This is why I invite everybody to take a look at the Bugs & Technical Support forum thread.
Some known issues and crashes are reported there, and if you encounter any problems, please do not hesitate to post, along with a screenshot and description if possible.

Here are a few screenshots to celebrate release ! 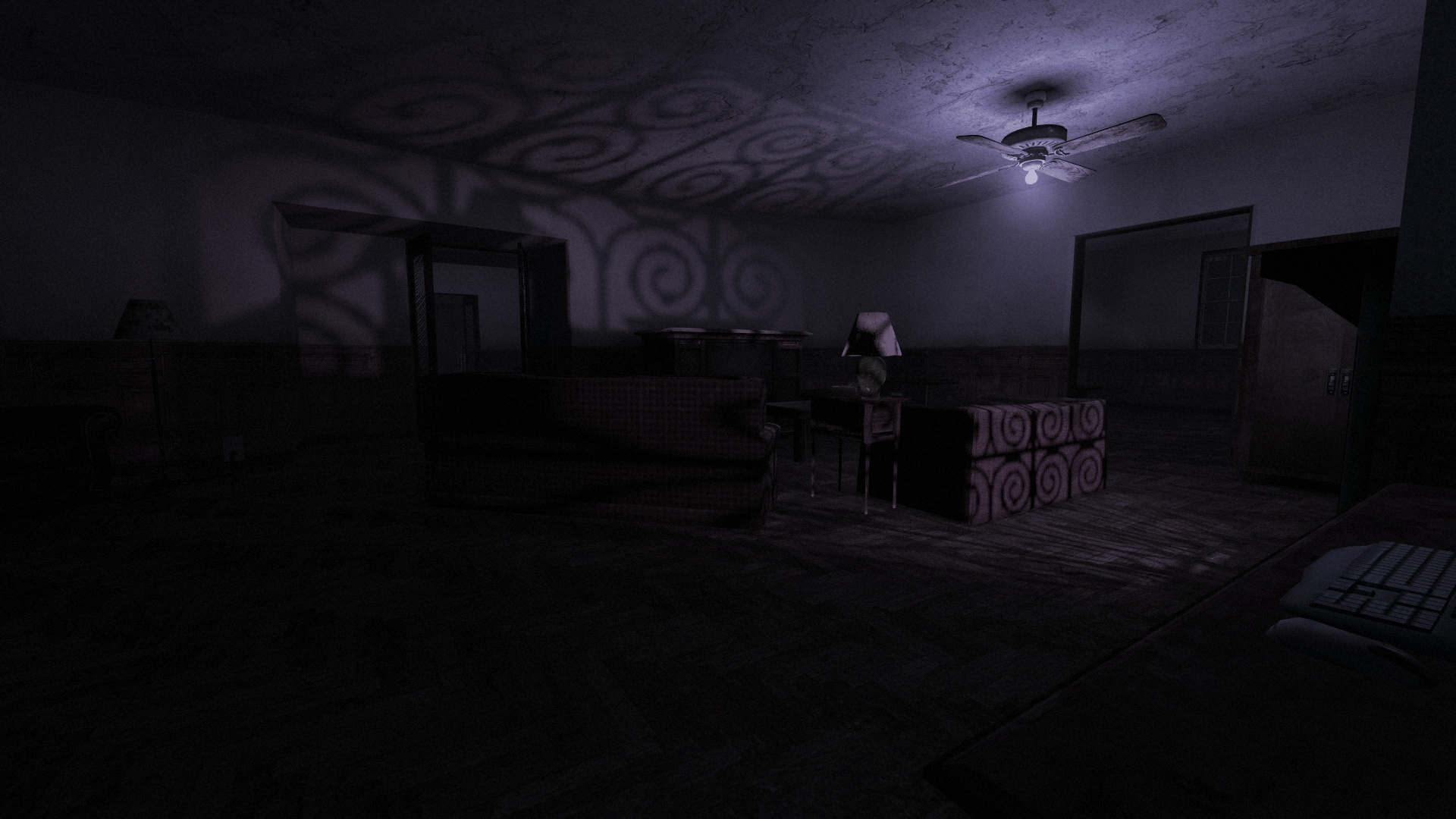 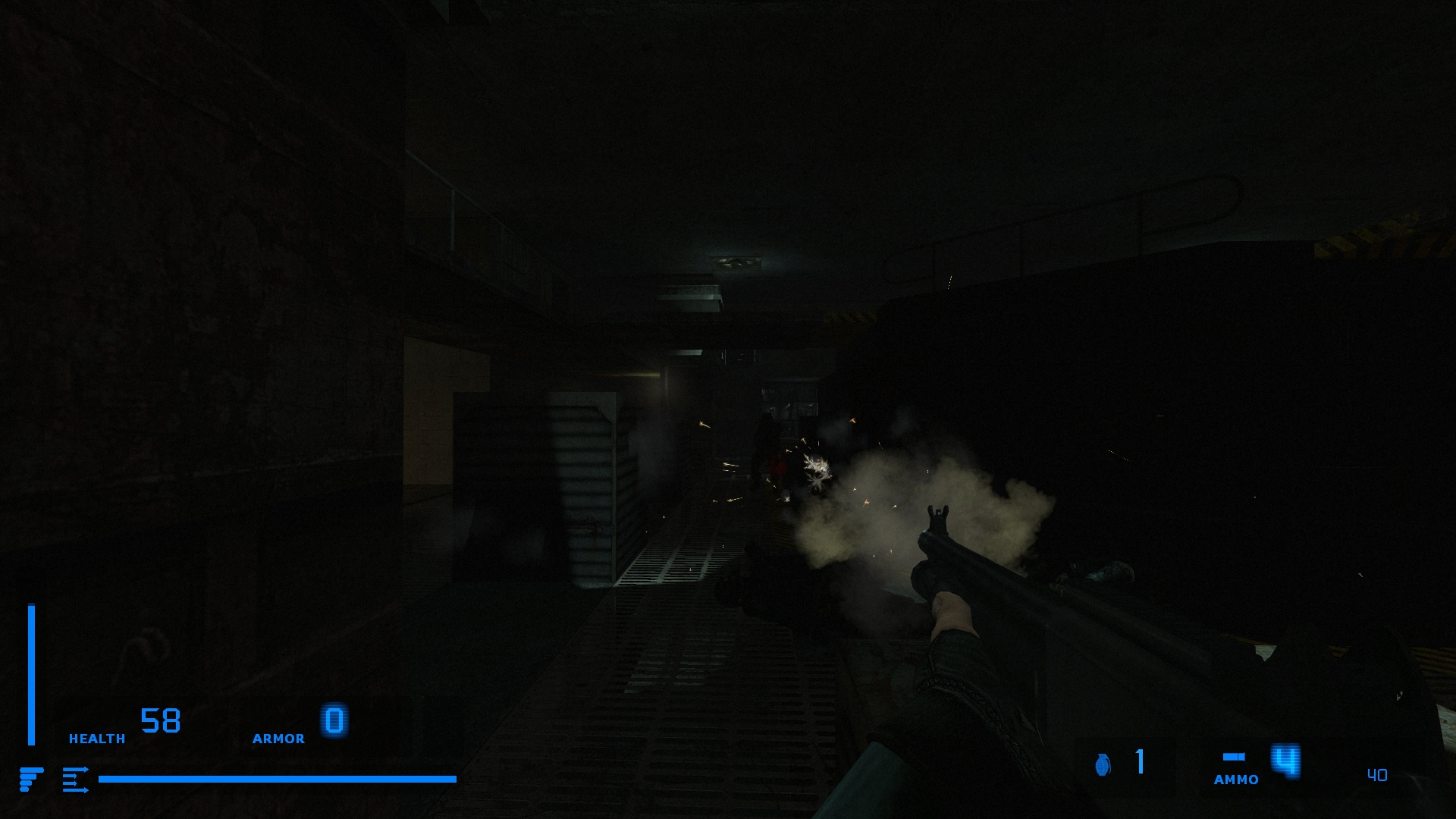 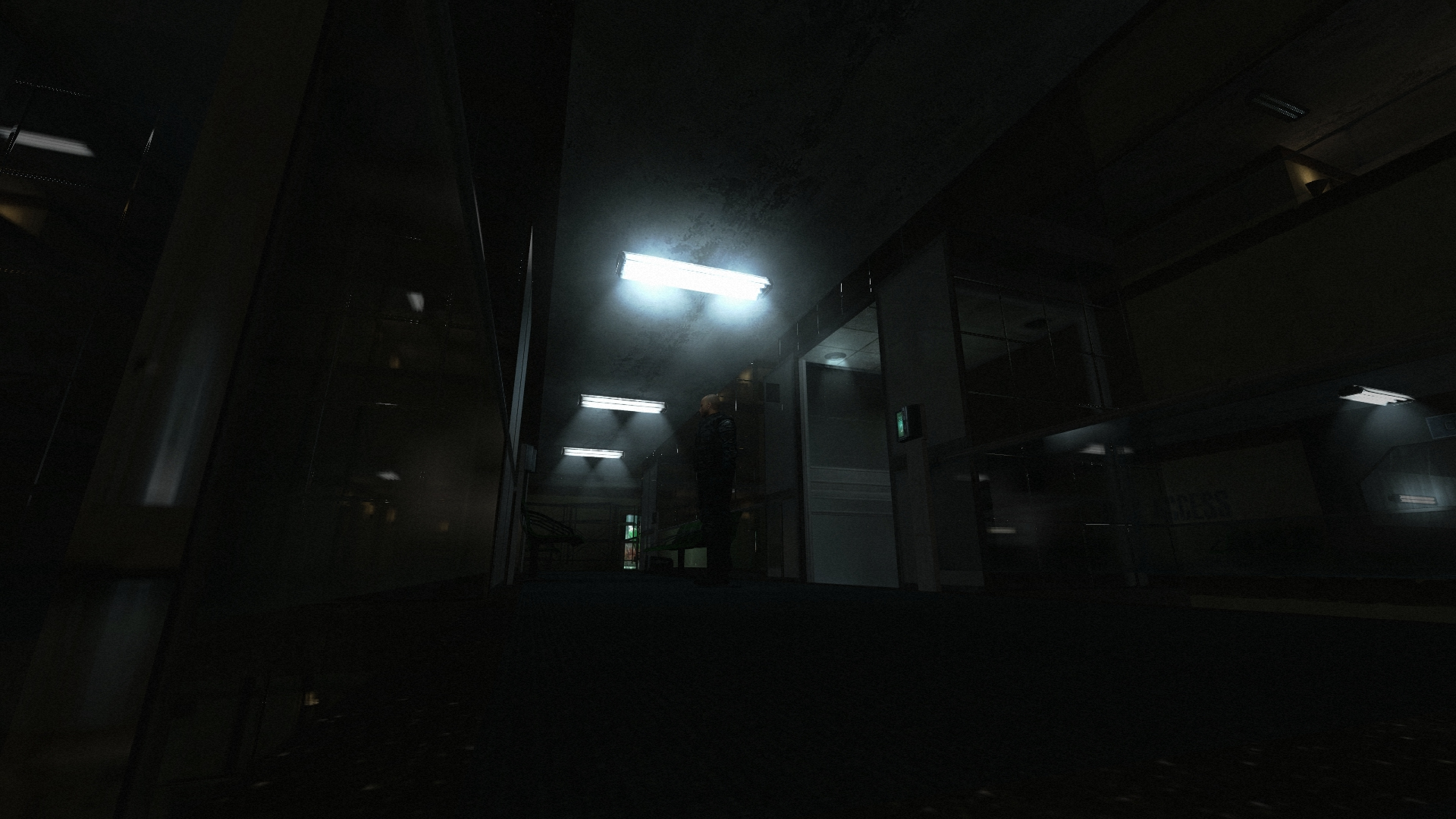 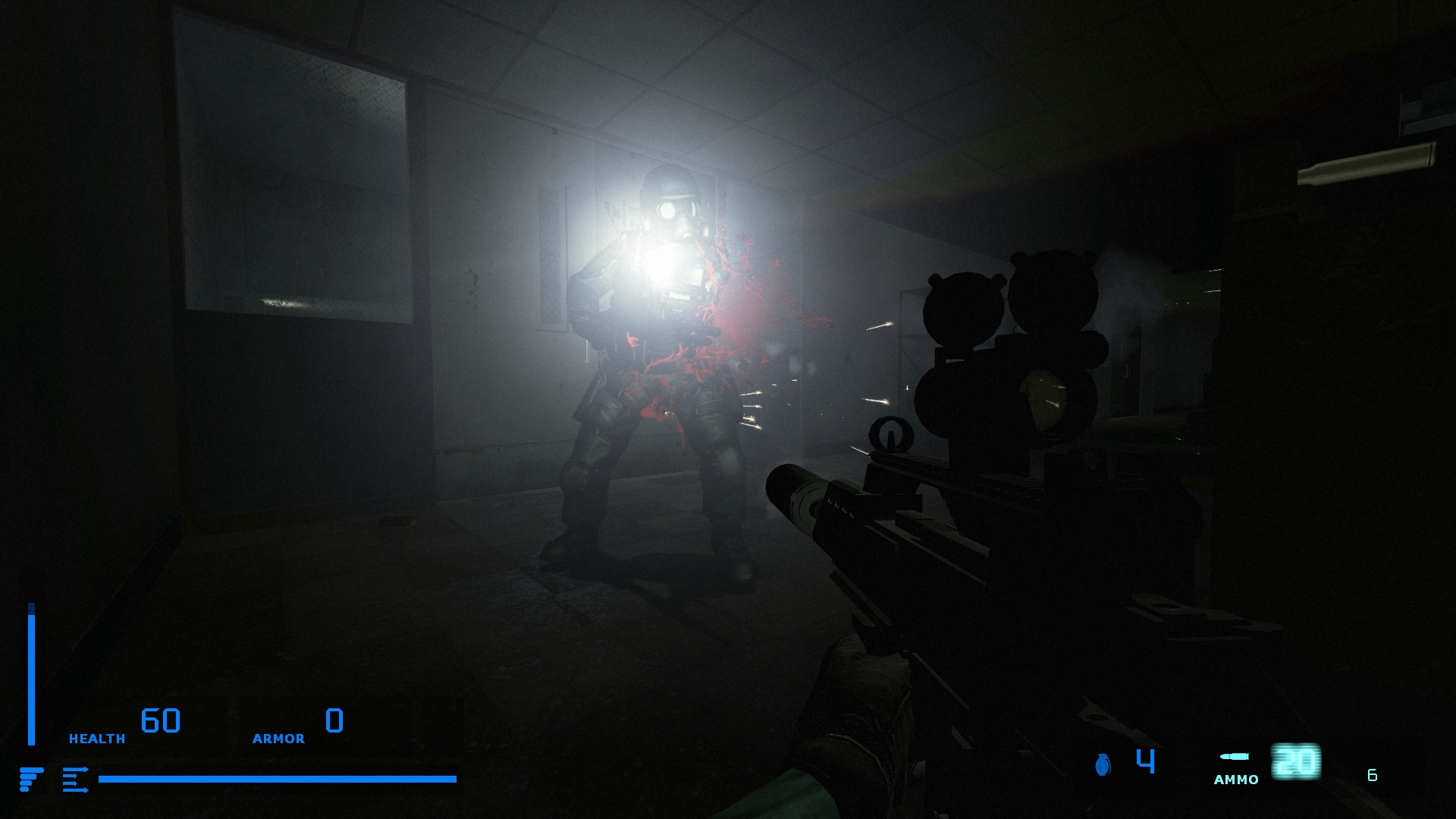 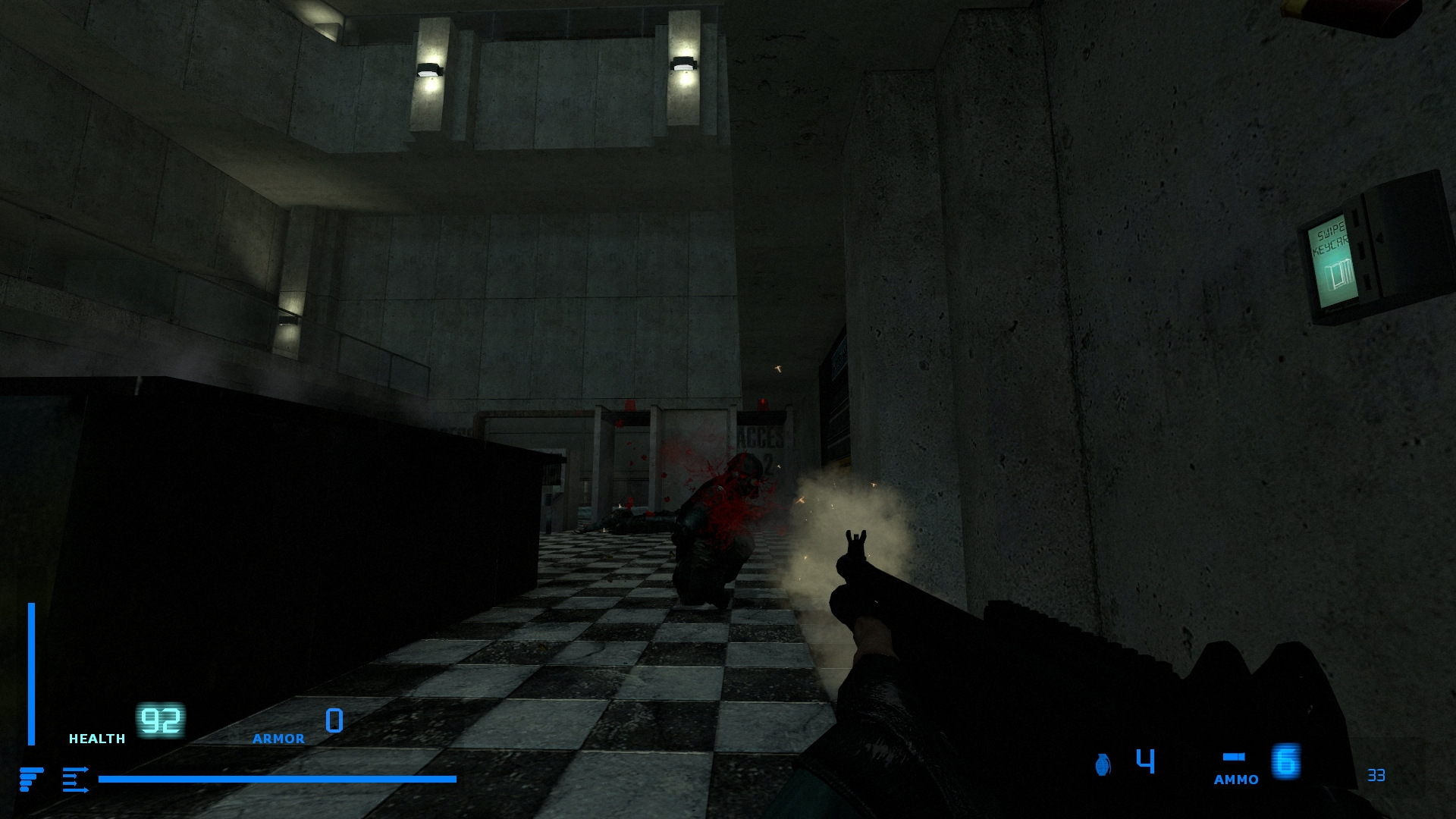 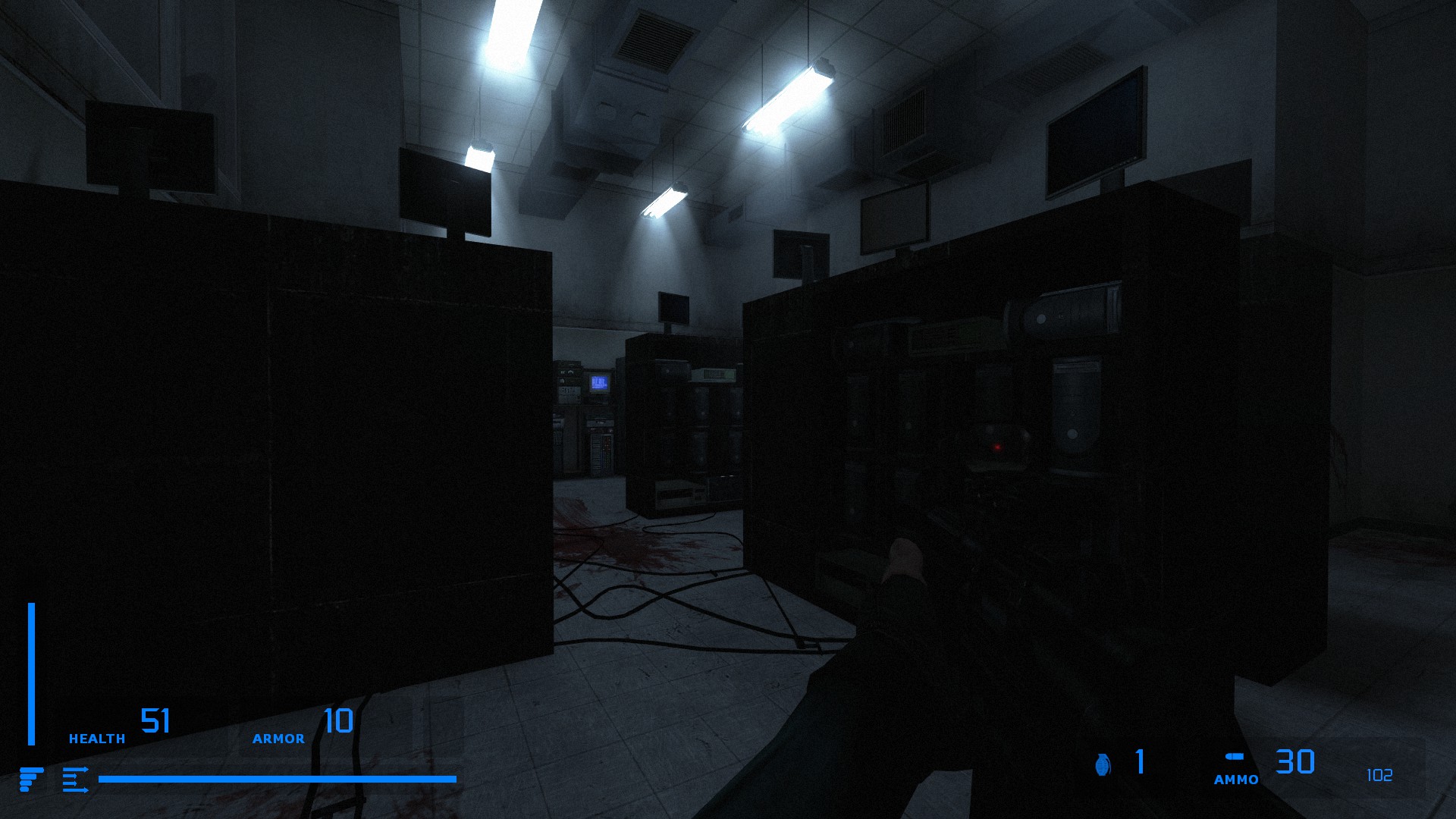 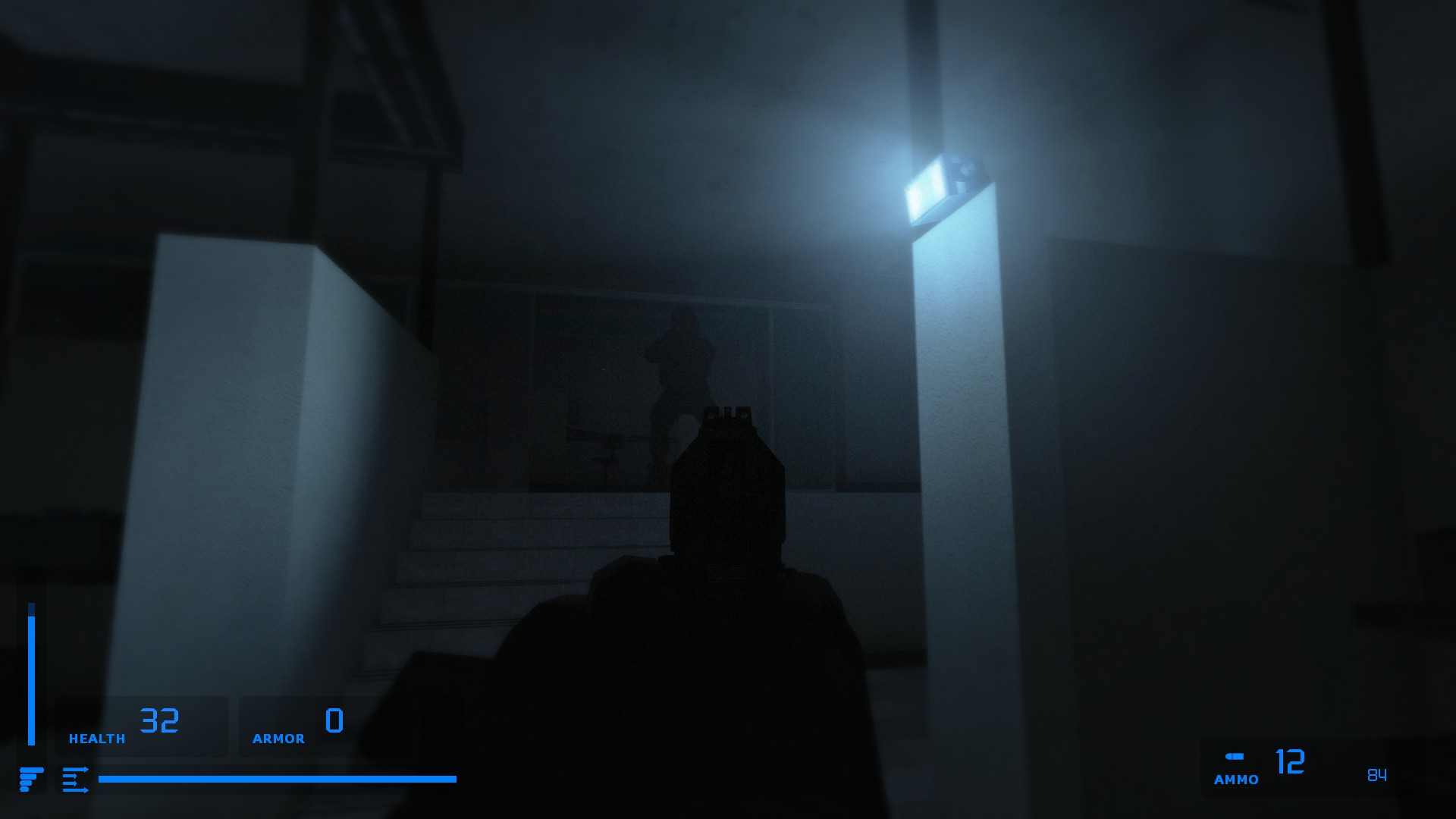 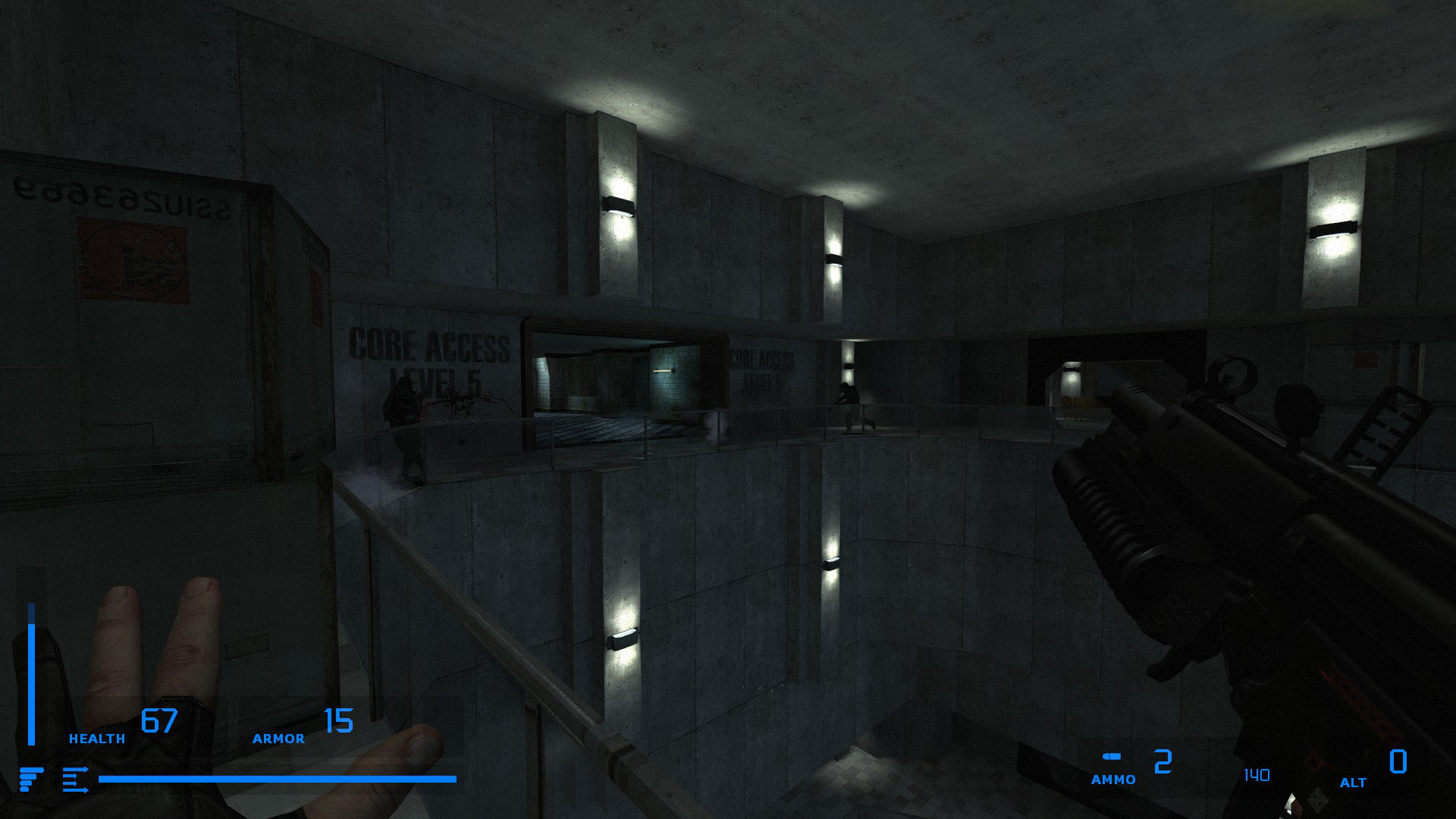 If you like the music of the game, don't hesitate to Buy the OST to show your support!
The money will go to the composer Tom Stoffel, to reward him for his great work. 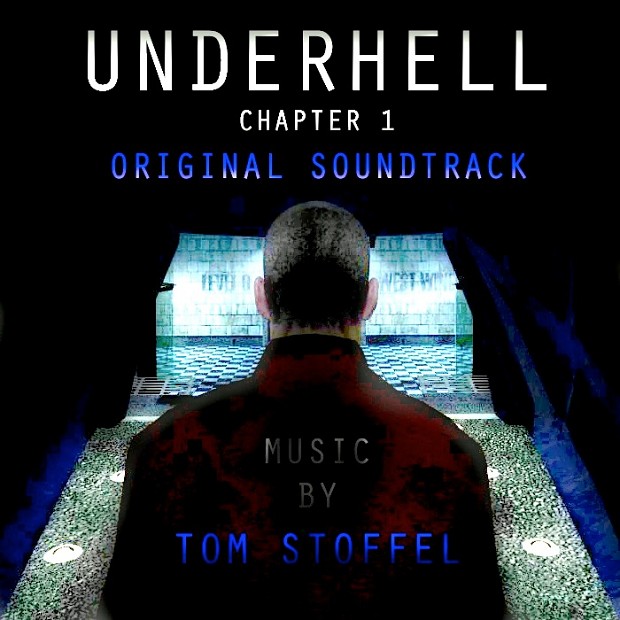 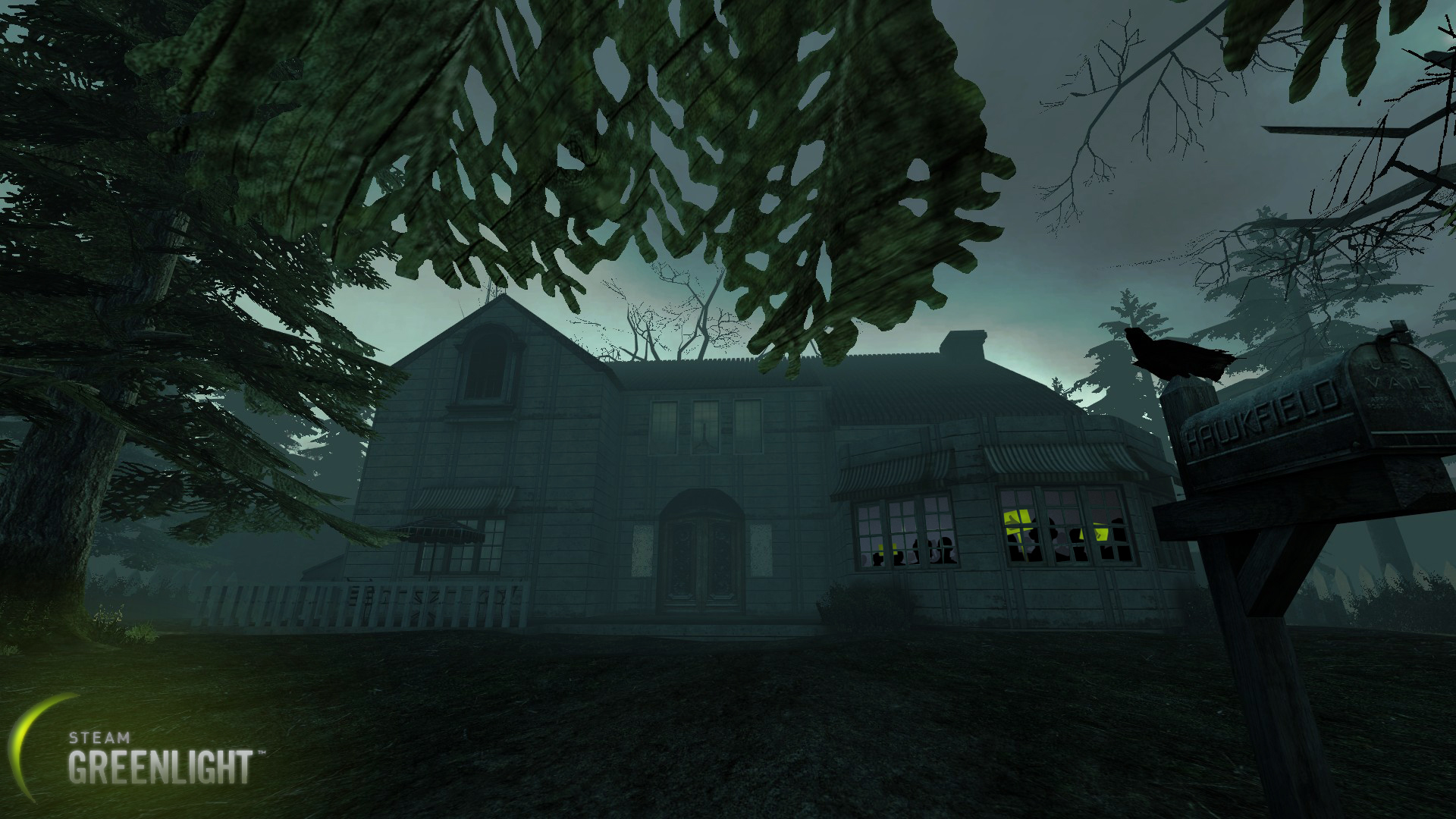 Thanks to everyone involved in the project, without you guys this wouldn't have been possible.
I hope to collaborate with all of you for the next chapter!

And finally, thanks to all the fan who patiently waited. I know that waiting is hard.
Thanks for your patience and your support, I hope you enjoy the game.

Wow, I was waiting for this since Prologue was released and I´m so happy it´s out now. You did great job, you both ! I can´t wait to play it trough. And I will be happy to translate it again ( if needed ;) ).

Does it have good subtitles? My headset broke yesterday and I dont want to wait a day before playing it.

and I fixed them.

Thanks! Downloading as we speak!

If you notice any sub errors I made and you can be bothered to do so, pm me and let me know.

Any torrent for this? my net is slow and unstable from time to time that it cancels my downloads sometimes.

I don't know if the link was there awhile ago, if it was I am sorry I didn't notice it, if it isn't well thanks to the dev's

I think you should take a vacation at least for a week for your own good.

Nah, why take a vacation at the BEST POSSIBLE TIME?

Thank you so much for this!. I will download it right now. Thanks for all the hard work.

Sometimes IT'S SO SCARY o.0

Will my saves from the prologue carry over or will I have to do it over again?

you don't have to. i just copied the saves folder and put into the new mod folder.

Okay, so I just finished my basic training in the Prologue, and I noticed in the next room over a couple of gasmasked figures whose voices and personality seemed pretty familiar...I think I saw them in a hospital before.....Am I correct in assuming that? ;)

Yes you are. It's a nice Easter Egg. Sadly no crossovers will be happening though :P

BY GOD IT'S HERE!

Does Steam have to be in English for the subtitles to work? They don't work for me for some reason.

I've been waiting for this for sooo long.. And it was totally worth the wait. This is the best mod I have ever played words can't decribe. Good job guys, I love it

I'm very glad that you successfully pulled this off since it can't have been easy to have been working on it for so long, and now we got a great mod, many thanks for not giving up the project, it really is one of the best mods for HL2.

Well, after playing it for a bit, I've already found one annoying thing that needs fixing. The weapons do not fire straight. In the Prologue, I could hit whatever I aimed at (and the reticle stayed on the screen unless turned off). Going through the weapon training course, I had to aim to the right of any bottle or target just to hit them, instead of straight shooting. That's not good.

Also, what's up with the fuse situation? I got the one from the attic (which is a weird place to keep spares. In the kitchen cabinets would have been better) and it just blows out after putting it in. If there another one somewhere I have to find now?

Oh yeah, the basement stairs door will jam on your character at times. I was going up into the hallway and tried closing it, only to find my character became wedged against the doorway and the door. Luckily, I could back down the stair and reopen the door, but that shouldn't have happened.

The game features free aim, use ironsights if you want to fire straight.

Ah, okay. Thanks. I still prefer the normal aiming like in the Prologue.

Prologue had free aim too.

Can't wait to try this out. Congrats on the release!

I was looking forward to chapter 1! Love the story.

Now I'm wondering about what or why there is no leaning functionality in this update...

What is in a bathroom?

Usually a toilet, a sink and a bathtub.

And an array of bodily fluids if it's a public one.

Mxthe, primary fire does not work. I don't know why, but I cant use the primary fire of any weapons. I tried using another bind, but it did not work too. I don't know if the bug is with the mod only, but it works in other games. Any way to fix this?

Here I go again... every couple of years there is a HL2 mod, which gets me to reinstall HL2. Lastly for Black Mesa. Then I uninstall everything to make space and up comes another great mod.

The trailer looked great, and I'll defo try this mod/game. Congrats on your releases and the strong focus you and your group has. It's hardest to get to the end of something.

You do not need HL2 to play this.

What the f***...? I definitely enjoyed Underhell Prologue pretty much. I would even say that its one of the two or three best singleplayer-sourcemods. But this? Why do i have to sneak through that goddamn prison for around 20 minutes now and listen to some dumbfucks? Its not that i play CoD around the clock; i dont even play CoD and CoD-likes at all, but does it have to be that boring? I can't see if the introducing is over in 5 minutes or if it will take another half an hour. I don't like this at all. Sorry. (Doesn't mean that i'll delete the mod...but its very tough to keep playing)...

This is brilliant... But I got some bugs :I
------------- Spoiler D:
The tutorial when you're fighting with Mike, he died once after I kicked open the door and I didn't notice before the training was over.

In the prison I can't attack with melee, throw items or kick(When things went to Hell)
--------------
I haven't come further than West Wing in the start of the chapter because of that bug, but really enjoyed this so far. The atmosphere is awesome and creepy. Not a fan of not being able to fight back the monster in the beginning though :D

This mod is clearly is one of the best

Played it - excellent. Apart from the Hummer Scene everything worked well, and I guess it was my mistake (I turned the car over^^)

It doesn't feel like the game is forcing you just one way. It's just strictly linear in places and at times. AI is good (when it is not getting stuck)and the weapons feel nice, though some lack a bit of "ommph" or the feeling of it.

The best thing however is the game design. I was pretty happy with your HUB - good idea. The missions have some variation and interesting as- pects to them. It seems like a HL2 and FEAR had a baby. I thought there would be more horror, but maybe that is yet to come.

Played it in one go. No errors or complaints from me. Ok, it looks a bit old, but at the core it is good game! And interesting to see what will come next...

Did you played CH1 as well? (the prison)

Right! Where the hell was that prison ^^

I must have either forgotten to play something (I skipped the Tutorials), or it was part of a different download. I haven't played in any prison, just hospital. The trailer I saw was in a prison, though.

I think this whole game has merit. It has structure and solid writing, the design makes sense and is well-planned. The architecture of this mod is, in essence, a full game already. If the models were better and perhaps you used a newer engine (at least not SDK 2006 c'mon ^^) this whole game could be on its way to kickstarter. Playable prototype?! What more can you want!

Also, it seems like you developed with some kind of freelance group? I forgot the name. A couple of textures were really poor and not from a technical standpoint, but an artistic one. The wood panels in the house for example are really cheaply done. With a little 3D love this whole game could look as good as it plays, too.

Get it from ModDB.

Thanks - I wasn't aware of that! Desura was blazingly fast to download, though. It took me 2-3 minutes to get the whole game. Great job Mxthe and crew!

Is this game/mod greenlit yet? And BTW, get out the champagne, for all your hard work! Cheers!

I've gotten pretty far but now the game is starting to crash (map_8a according to the load game menu). Any ideas?