Total conversion portraying various trade republics of Italian (Venice, Ragusa, Sicily), Slavic (Novgorod) and West European (Flemish) background. In addition you can take up the Crown of the mighty Tzardoms of Serbia, Russia (Moscow) and Bulgaria. Some civilizations like Byzantines, Turks, Teutons and Timurids(Persians) are only altered through the concept of regional units (which however changes their strategy a lot). Last but not least, the mod also increases the amount of useful (and/or fun as eye-candy/for scenarios) civilians: Court Ladies, Pipers (bagpipe players) and Saxon Miners (economic mercenaries). The project is dedicated (and with great gratitude) to fr steve. His efforts for 'Age of Voivods' were invaluable and in terms of contributions he can be considered a co-author of this project. However, because he has not been involved in any specific decisions it can be expected that he will eventually finish 'Age of Voivods' the way he envisioned it.

Tzars and Salesmen is going through big changes

While the final touch is still ahead of us. Great reconstruction is taking place for this mod and some of it is already downloadable. Next to changing the role and place of some units, the most visible and exciting changes concern architecture. New sets will be used during the Settlement (Feudal) Age for Central European and Balkan factions. Below the two sets are on display.

The picture below shows the new Central European building set for the Feudal (Settlement) Age. It will be used by the Teutons, Danes, Bohemians, Poles, Hungarians and Ruthenians. It is one of the visually more prominent changes during the current reconstruction: 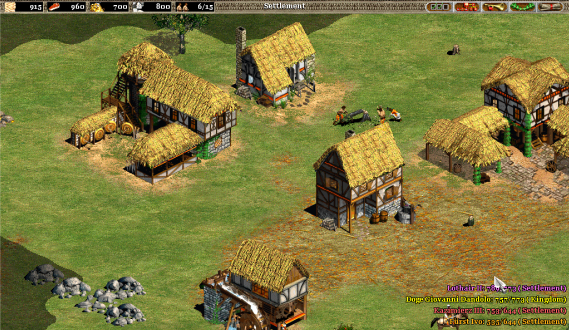 Simultaneously the Balkan buildings (Bulgarian, Serbian and Moldovan) are also changed for the same age, this currently concerns the houses and mill: 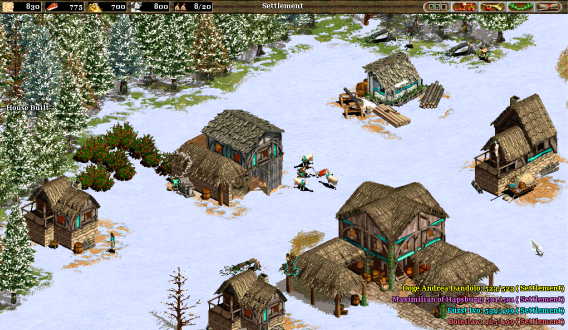 After millions of smaller and larger updates the mod is officially introduced and initiated.

Greetings Ivacula, I have started to play this wonderful mods and it is very great, I already challenged my friends for a game with this mods and they liked it, a variety of identifiable technos for each faction, the advantages they have, everything but everything is wonderful, The unique units are quality I liked a lot, and without saying that the AI ​​is very good it is not as overwhelming as the other mods, which launch a contingent of soldiers there are crazy, here the AI ​​attacks by waves and each one more difficult, They use monks to say enough, there is a lot of mechanics and that is good congratulations for this mods I am hooked.
But since everything has a but it would be good if you could change the units of the barracks, arches and stables, for example that the man at arms of Franses is not the same as the Russian or the Venetian, that the commanding sword is the same and that the last unit Do not call yourself a champion, you have to be a feudal knight and look like one and so with the rest of the units, it doesn't matter if they do the same damage, what you want is the unit's mask.
Another thing the Saxon miners do not show the amount of gold they carry, the castle ladys, they convert and heal your troops, but they should have an indicator as well as the monks also says that they increase the population by 5 the question is if I create many Ladys del castillo, when will the total population arrive?
also there is a technology of the monastery that says they are more productive, maybe they trade too?

Hello Ivacula, I want to tell you that, despite everything since I have bothered you too much then .. I have decided to ask to know if there is any information or answer regarding Age of Voivods. I hope you answer me soon and then tell me ... Thank you. Greetings: carmen-1294

I have been planning to ask fr steve for a while now, if

Alas, I found no time to find back his contact details, maybe you have time to ask? I also would be interested in the answer :)

Oh !!! Thank you very much for the reply ... So let's see if you can give me some time to ask fr steve. And .. where can I find it? If you would do me that favor, I would really appreciate it from me. :D

Will it be possible to play through the voobly?

I am not sure what adjustments will be needed for that, but I think it should be no problem. The mod has for example no unique terrains, which are an issue for voobly.

I have to make it back to my modding computer in Germany for the greatest changes planned, but some other errors were fixed today :)

wait, I want to know how fr steve is.

Let's see ... I said how was fr steve that if there was no exact information regarding Age of Voivods. And that's all I just told you...

Age of Vampires Age of Empires II: The Conquerors