Enjoy Age of Empires 2 in a new way and relive the Sengoku (戦国) war on your favourite RTS.

Built on the upcoming Userpatch 1.5, there has never been a better time to play. New features in game will allow better multiplayer, more triggers and conditions, higher elevation levels, shore-less terrain placement and more.

View the project page on AOK Heaven or join our Discord for discussion, playtesting and early access releases. 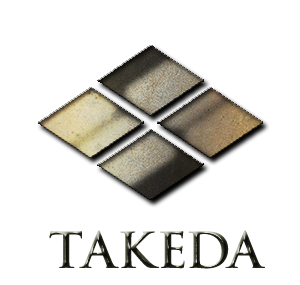 The Takeda clan is a branch of the Minamoto family. For around 400 years, they ruled the land of Kai, that is today's Yamanashi. In the time of Takeda Shingen, the power of the clan reached its height, extending its territory outside of Kai and becoming one of the most powerful clans in the Chubu area (the other two being the Hojo clan and Uesugi clan).

Takeda Shingen is known to be both a master tactician, the "Tiger of Kai", and a great ruler of his lands. Despite showing his talents in various aspects at a very young age, Shingen's father, Takeda Nobutora had decided to name his second son as his heir, resulting Shingen's rebel against his father and taking over the control of Takeda clan. With the city of Kofu as his base, Takeda Shingen started his campaign of expansion by launching assaults on Shinano. And one by one the local landlords united against Takeda clan were crushed under the might of its cavalry forces. Eventually, Shingen came to cross swords (or maybe "cross katana") with the greatest rivial in his life, Uesugi Kenshin.

After the lords expelled from Shinano turned to the Uesugi clan for help, leading to five major battles fought during 1553-1564. In the Battles of Kawanakajima, the two clans were equally powered and could not win a decisive victory against another, though after the battle the results seems to favor the Takeda clan with a few Uesugi castles taken and Shinano under its control. It is said that while being enemies against each other, the two had also developed a unique friendship out of respect.

Later when Shingen came to notice the rise of an unstoppable threat, Oda Nobunaga, he decided to join the military operations of the "Nobunaga Encirclement". However, fighting against Nobunaga might turn out to be a wrong decision for the Takeda clan. Although the Takeda clan had won serval battles against Oda and his allies, the situation suddenly turned unfavorable for then after the demise of Takeda Shingen. In the Battle of Nagashino in 1575, Takeda Katsuyori, son of Takeda Shingen laid a siege to the stronghold of Tokugawa Ieyasu, who was a loyal ally of Nobunaga. With the help of the Oda army and a massive amount of firearms, Tokugawa was able to crush their forces. Losing a large part of its army, the Takeda lost its influence, and vanished in the following years.

Unlike the fertile lands owned by other daimyo such as the Hojo, Kai is a landlocked mountainous region which is no good place for farming. However, under the administration of the Takeda clan, Kai became advanced in agriculture despite its barrenness. In addition, Kaikinzan, one of the largest gold mines in Japan, is located exactly in the territory of Takeda clan, making them one of the richest clans in the period. 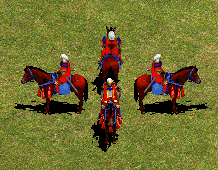 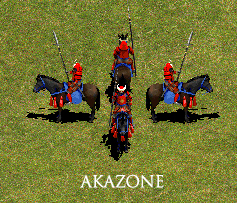 The Takeda army is best known for its cavalry units. Among them, the Akazonae ("Red Arms") was an elite force feared by all the enemy generals of Takeda's enemies. Armed in equipments coloured in red, the Akazonae are versatile units who are good not only in destroying weak infantry formations, but dealing with other cavalry units as well.

In addition, the clan had also organized a special division of slingers (Ishinagetai). Led by a Takeda general, Oyamada Nobushige, the rock-throwing slingers actually make an excellent counter against lightly armoured enemy units, with a relatively primitive weapon in the age of gunpowder. 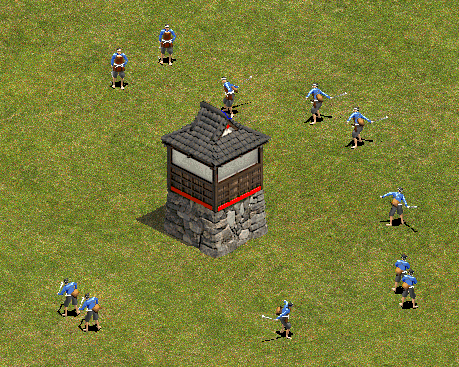 Takeda are an aggressive Cavalry and Monk clan. They can only research Buddhism as Takeda Shingen was Buddhist. A good clan for pushing with cavalry and using healers to heal them (having better armour to withstand front line alterations). Farmers work harder but they lack final farm upgrades. Takedas castle was a very traditional Sengoku period castle in the mountains, so they also lack Fortified stone walls, as Takeda Shingen believed the best defense was his men.

All Cavalry are created 40% faster 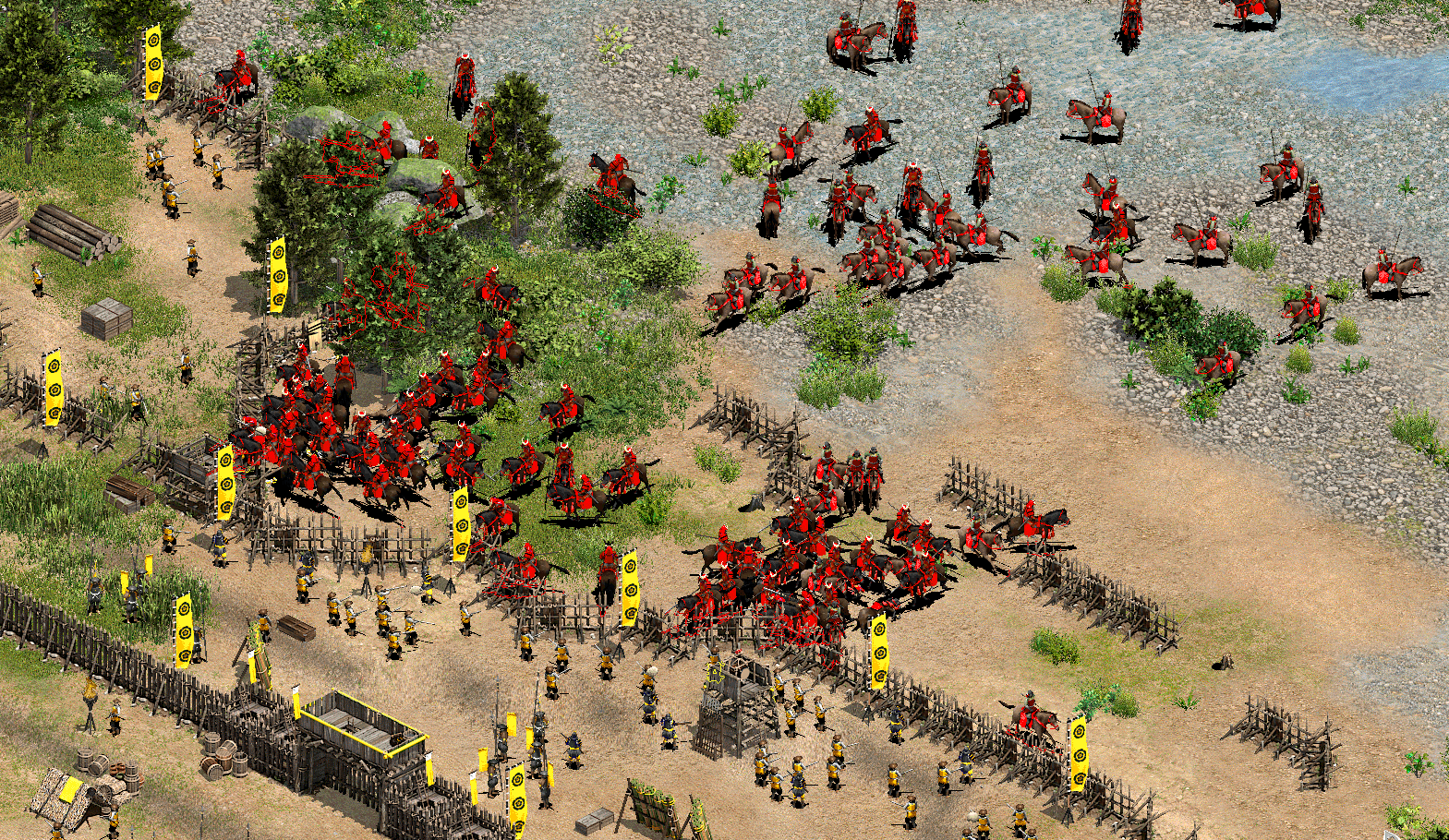 Takeda Katsuyori launches his assault against the Oda forces, at the Battle of Nagashino.

Here, we outline one of the playable clans in Sengoku, and discuss their history, clan bonuses and unique units. Today's clan is the Shimazu clan.

Here, we outline some of the new features and elements of the Sengoku mod. Today's new feature is: Shrines.

Here, we outline one of the playable clans in Sengoku, and discuss their history, clan bonuses and unique units. Today's clan is the Oda clan.

Hello friend, how long is this module of yours? It hasn't been released yet. I know there are a lot of forces to add, but at least let's put a demo version out, and everyone can make comments together, isn't it good? Or working together. We love this module so much

it might have been busy with the Discord server. try join their disc and see what they are doing.

is it dead? you have been inactive for a month

Anyway just how many are there?

when will be ready?

I really love these previews, very nice and informative!

I'm still dying here waiting for the release of this awesome mod! When this is released I can in peace

No, don't do it! You won't get to appreciate this awesome mod

Age of Chivalry: Hegemony Age of Empires II: The Conquerors