A summary of all that’s been accomplished over July.

Hello, stalkers! The Eastern modding site AP-PRO (whose team is responsible for True Stalker) has received a full-scale revamp, making this an opportune moment to share fresh news with you on True Stalker’s development! This article will contain details on progress over the last month. 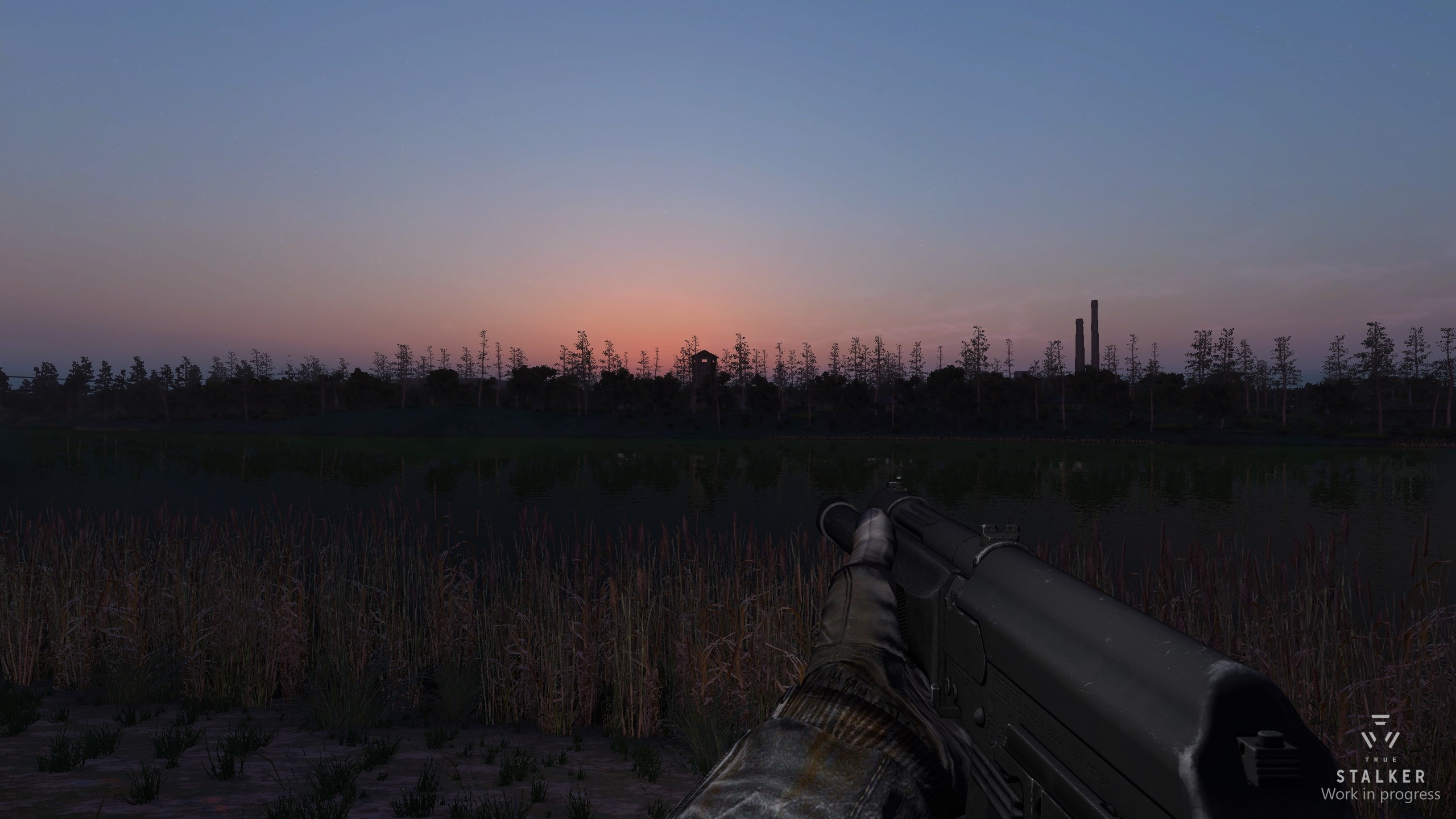 Recently, main work on the final game level for the storyline’s ultimate chapter was completed. A test version of the level has been compiled, which will soon be decorated with various geometry. Following that is finalization of the story.

Throughout this month, we’ve continued compiling final versions of already complete levels. More recently, we assembled the level Novoshepelichi in its maximum possible quality; its compilation took over 96 hours!

Today, our penultimate piece of work from our artist was sent to spice up the loading screens. Art has been drawn for one of the final levels. The last drawing will come once we finish work on the final level. 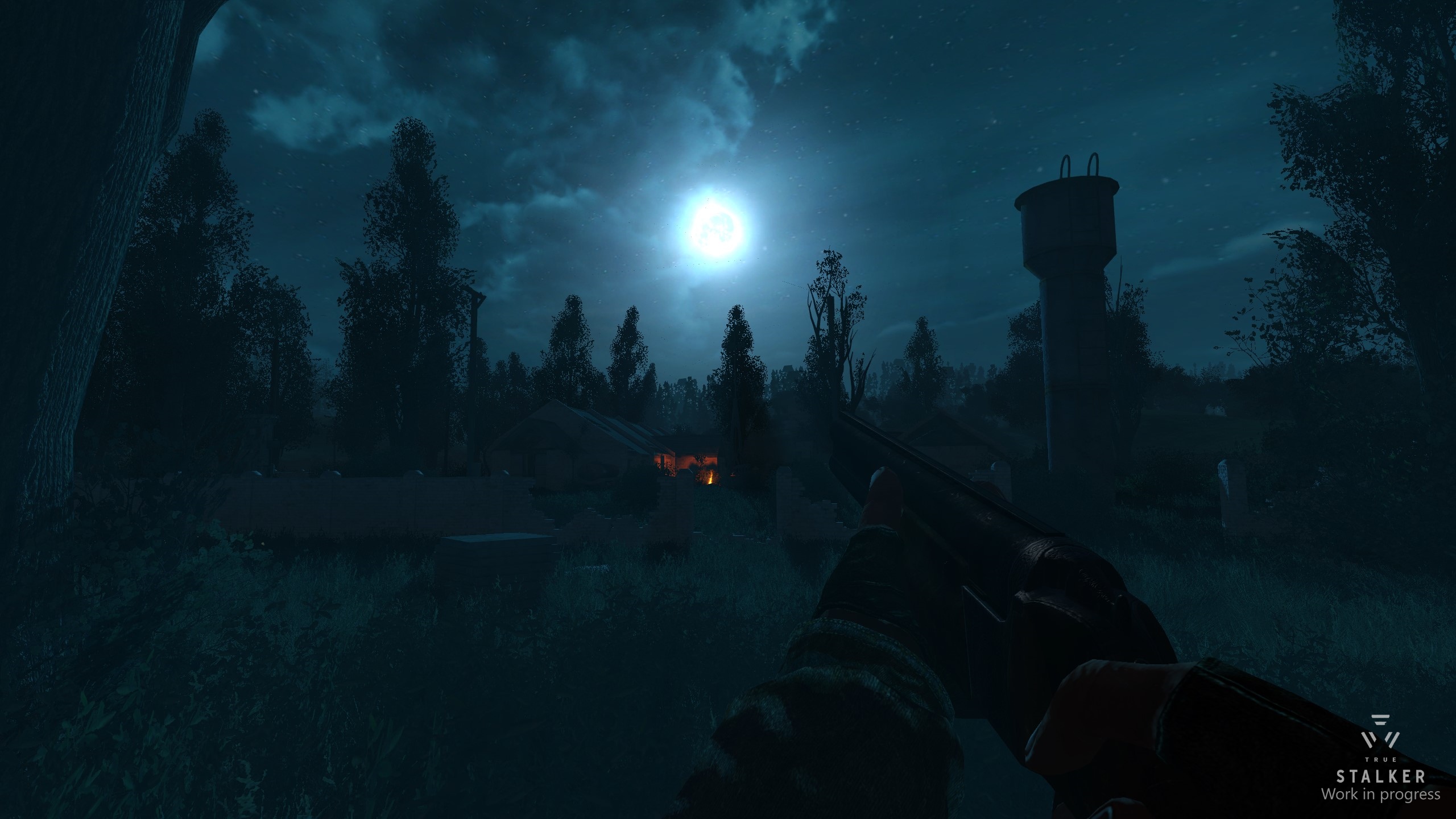 Nights have been updated, several cycles have been fixed, and a new day cycle has been created. Day lighting has also undergone changes.

Work on the main menu, as well as almost all of its sections, has been finished. A submenu with all game settings is yet to be done. We’d very much like to share our heavy revisions to the interface, but have decided to leave it aside until release. The team is currently discussing future concepts for the inventory, trading window, and loot & repair windows.

Work is underway on assembling a weapon pack. We’ve successfully found someone skilled in the weapons department, and the pack is being adjusted to fit the mod’s style. 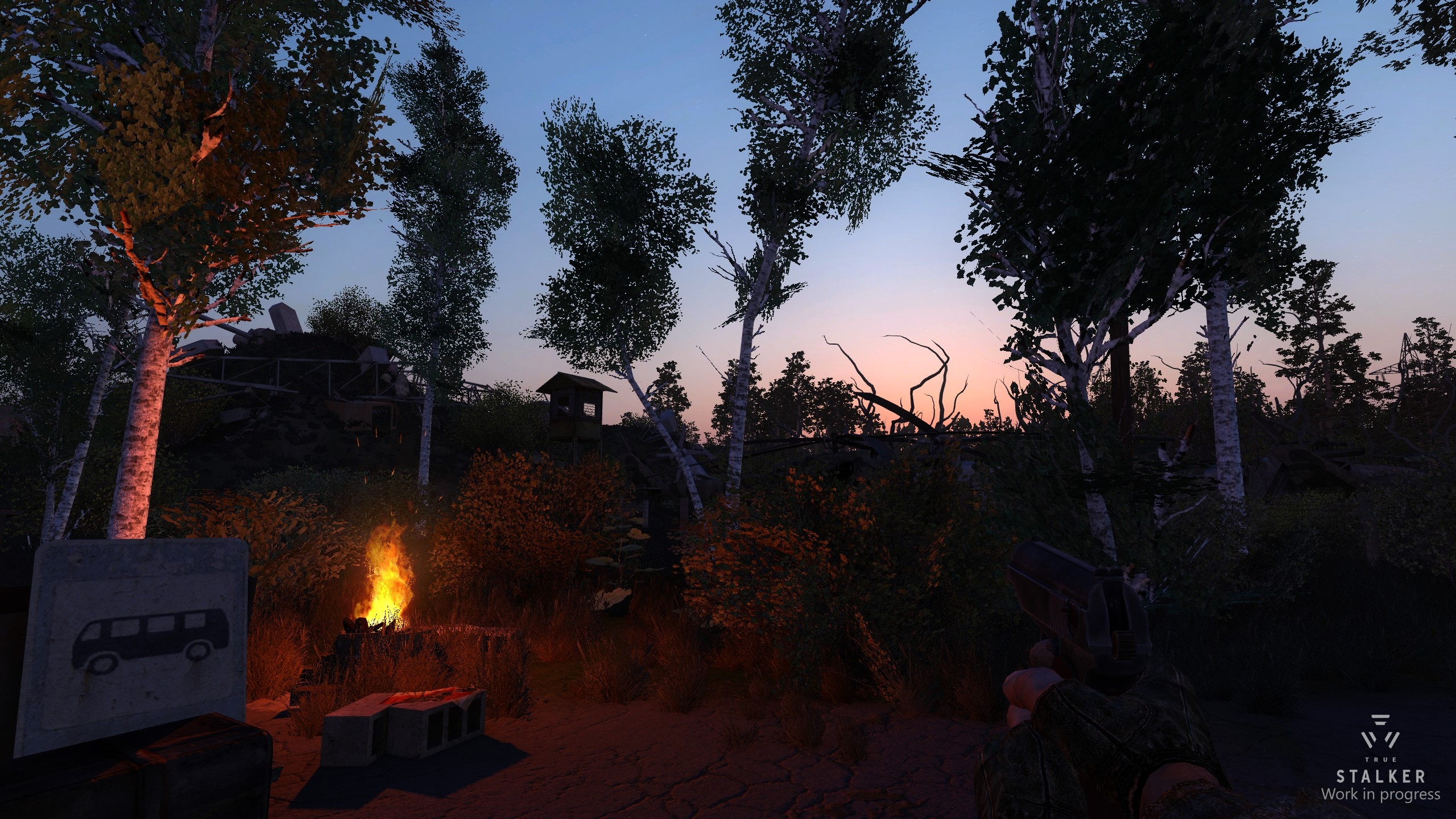 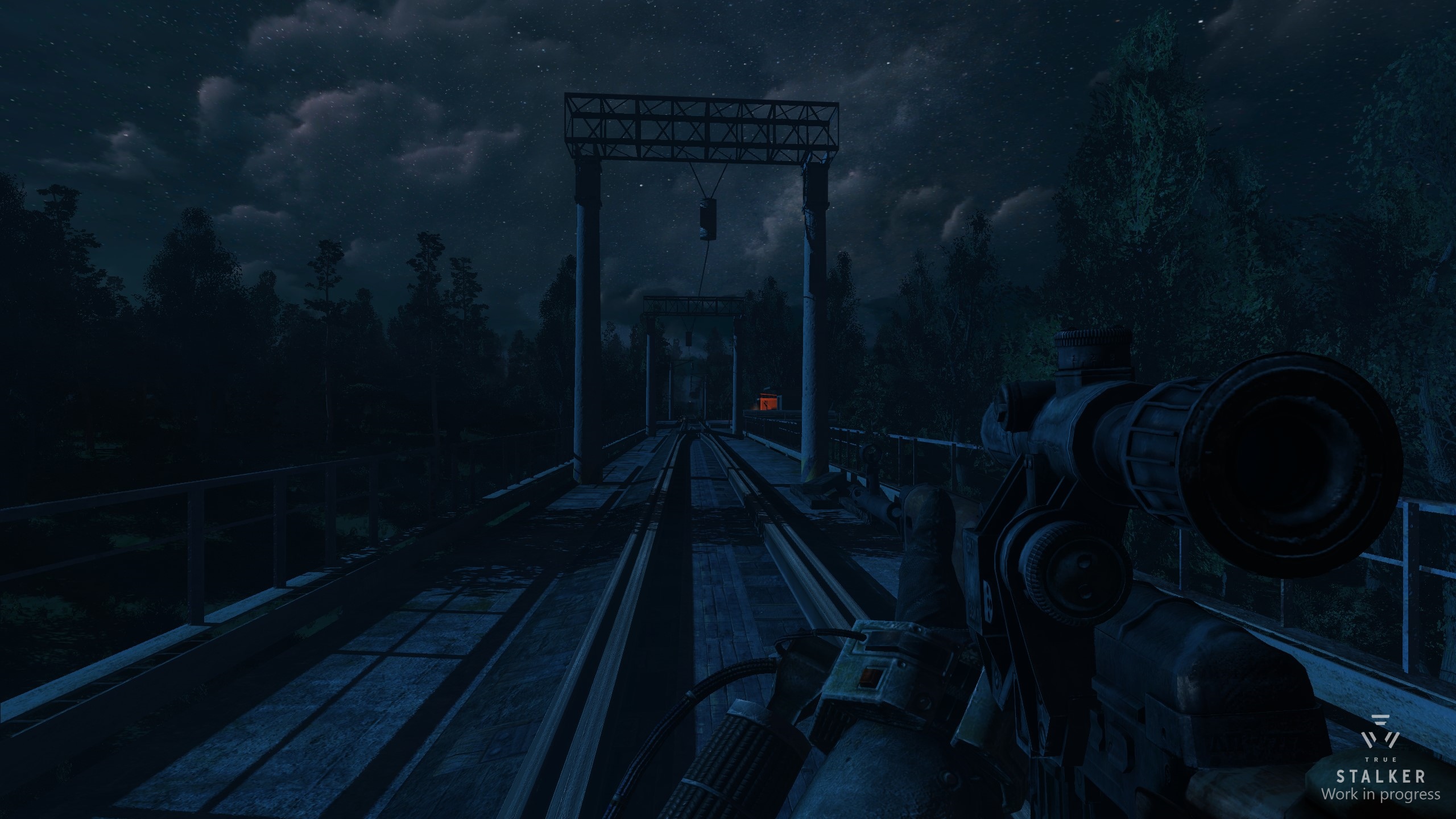 The English translation hasn’t fallen behind either. A very large amount of files have been translated up to this point. The translation will, most likely, be finished by the end of the summer.

In order to make some of the points we’ve highlighted above possible in-game, we’ve had to make changes to the game engine. For that, we’ve received help by our comrade SkyLoader—big thanks to him! 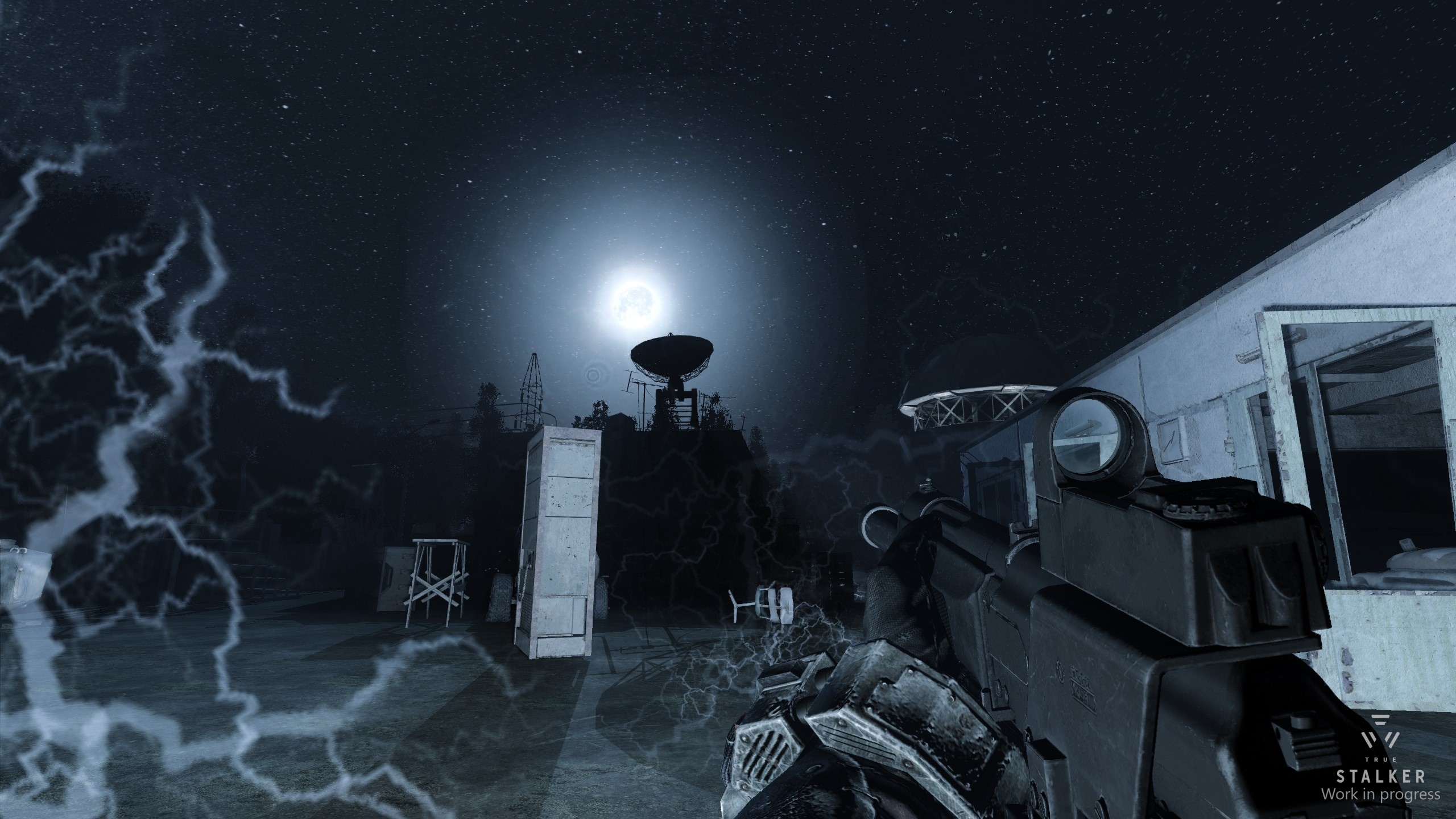 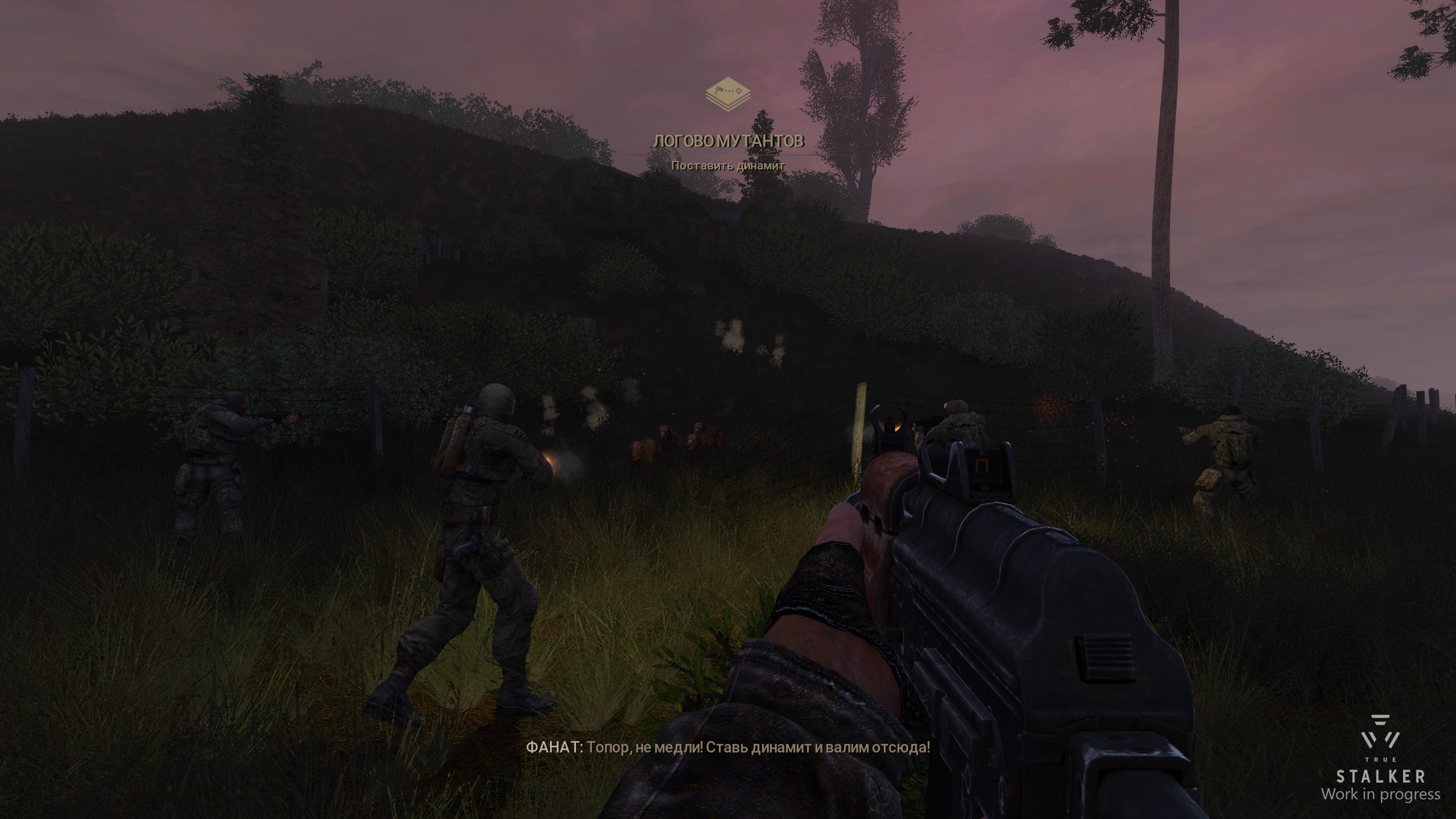 All our new additions have been tested in our current build. Bugs have been discovered and eliminated in every test we make, but we’re frequently carrying out other tests, always on the lookout for new bugs!

That’s all we have for now. We will likely fall into another short silence before sharing the next batch of news with you. See you soon, stalkers!

As the mod’s translator, I’ll make a personal note here that I won’t be doing any work on the mod until August 20. I’m spending the days with my girlfriend from Serbia. Truly, though, there isn’t a lot of work left to be done on the translation.

If you need/want someone for a possible german translation - hit me up!

Thanks, though that will have to wait until the mod is released.

Have a wonderful time!

Thanks for the update SashaRed. Great pictures as usual, very excited for this mod.

Very happy to hear such great news! Good luck and have fun in the summer :)