The ultimate in future technology's where the UNSC and Covenant battle over the fate of the galaxy.

Version 1.0 of Trifectum still has much room to change and adapt to an ever growing work environment; however it certainly is a start none the less.

Firstly a background of the mod:

Trifectum has assets from both halo 2 and halo 3. The primary purpose of the mod is to recreate the environment from both halo 2 and 3, thus majority of the textures, sounds, animations, and fx are either ported or recreated directly from in game inspiration. The units vary throughout both games although the only two factions currently in play are the unsc and covenant. 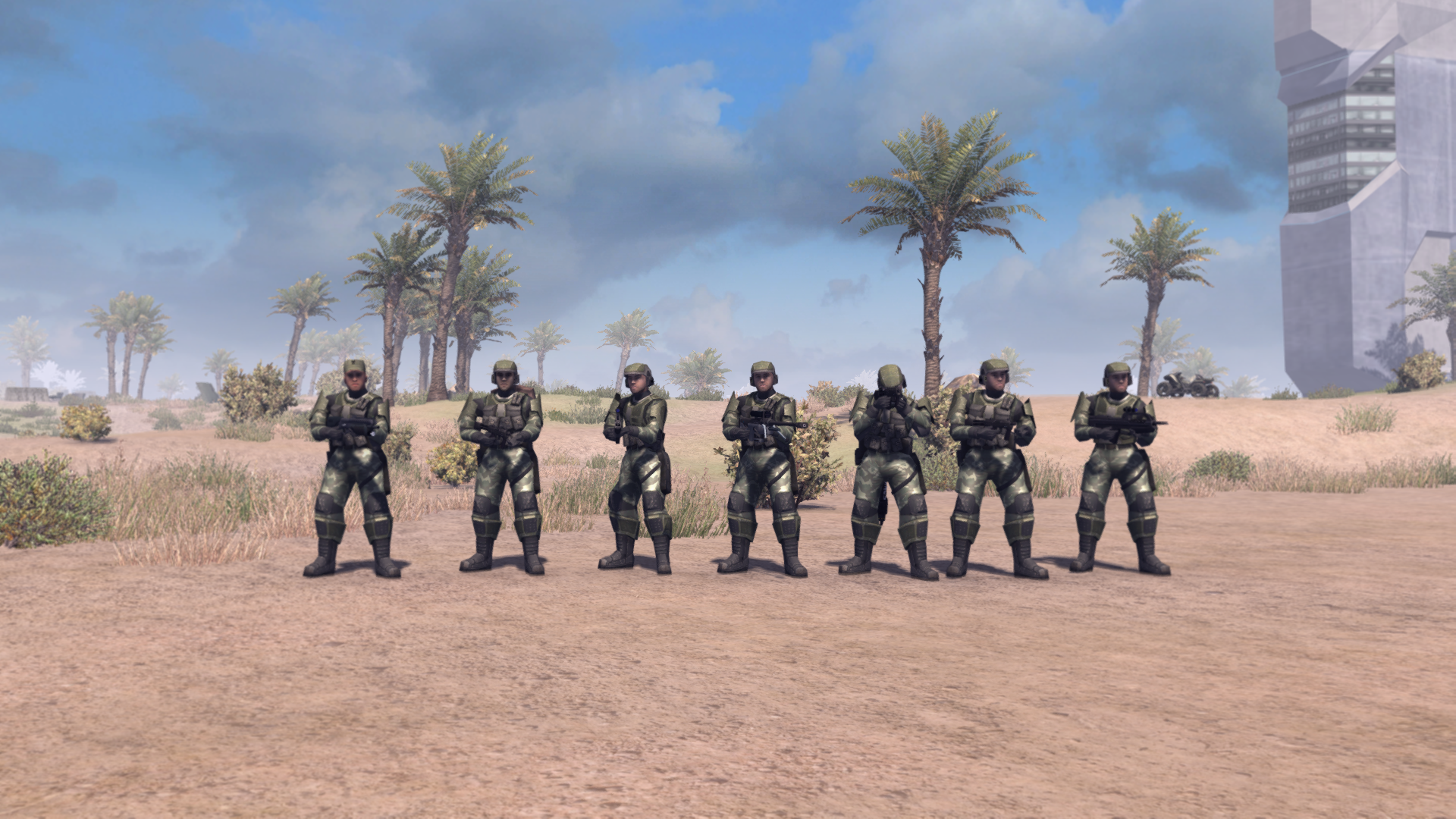 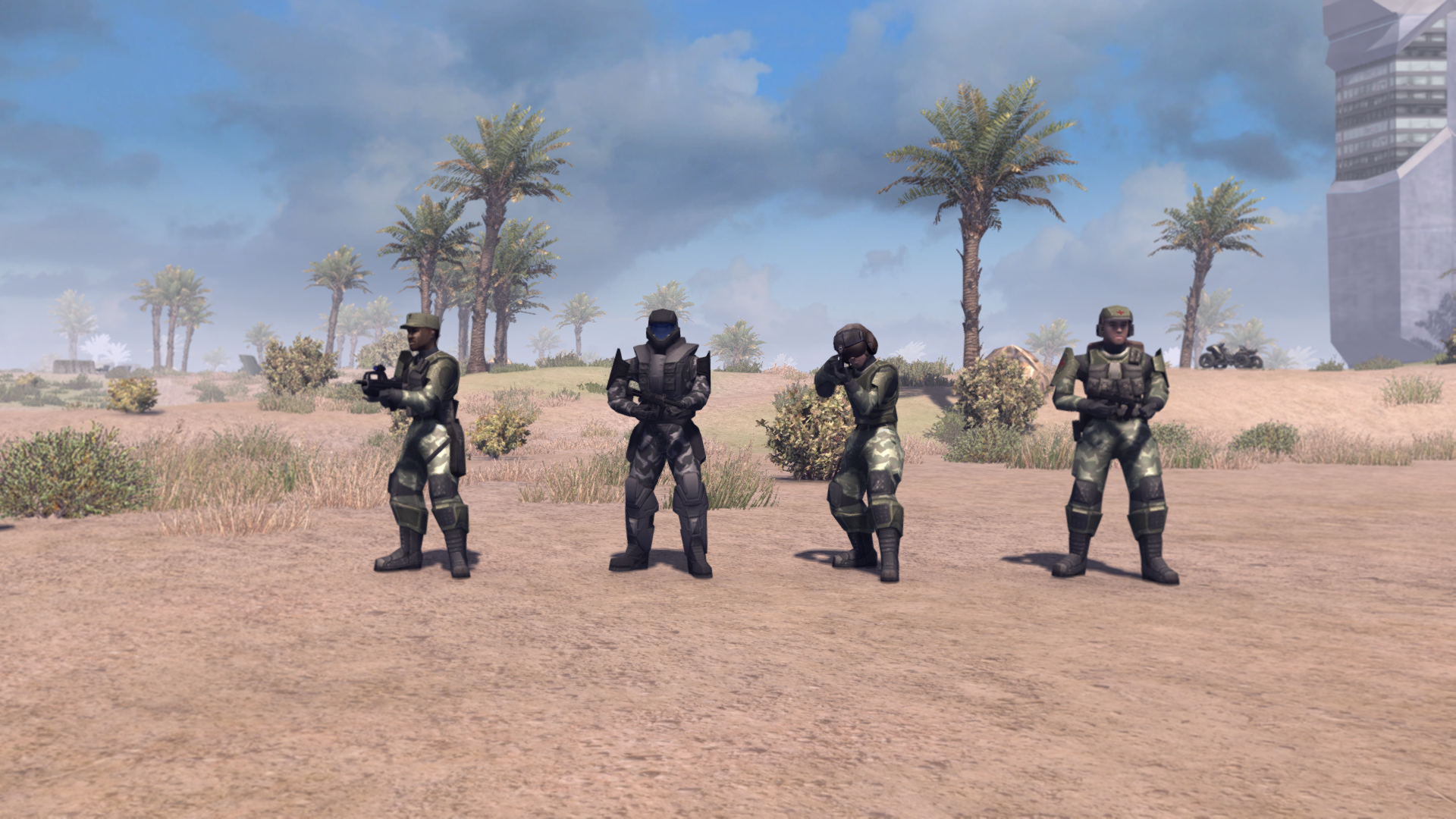 Above are some of the primary units of the UNSC infantry (note these are only the halo 2 variants and not halo 3). Each unit in multiplayer has a variety of weapons to utilize as well as different cosmetic appearances. The second picture depicts some of the more "important" units such as: 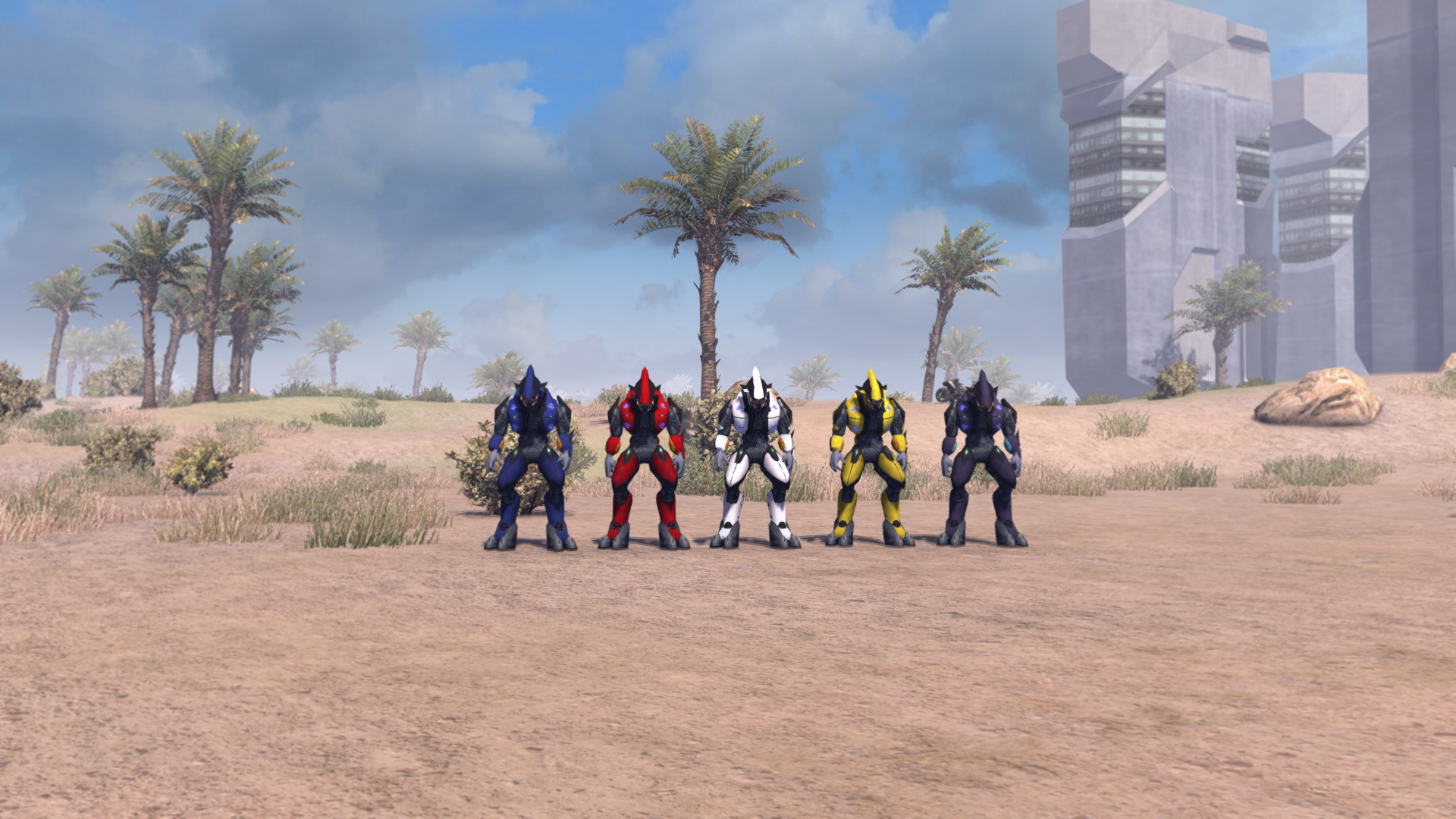 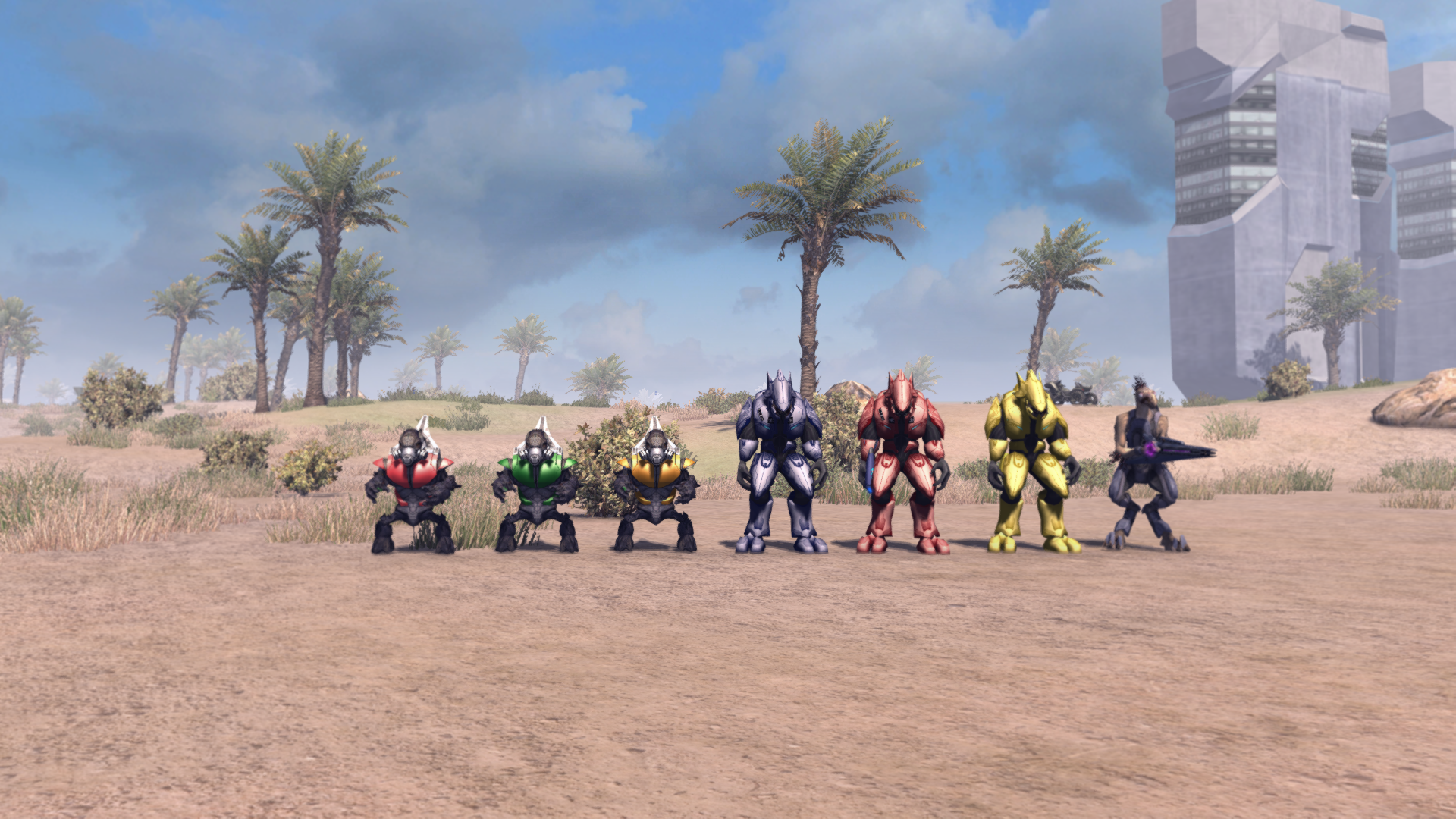 The first photo showcases a variety of elites from the original halo 2. These include:

In the second photo there are covenant units from the original halo 3 with proper sounds and fx relative to their original release. 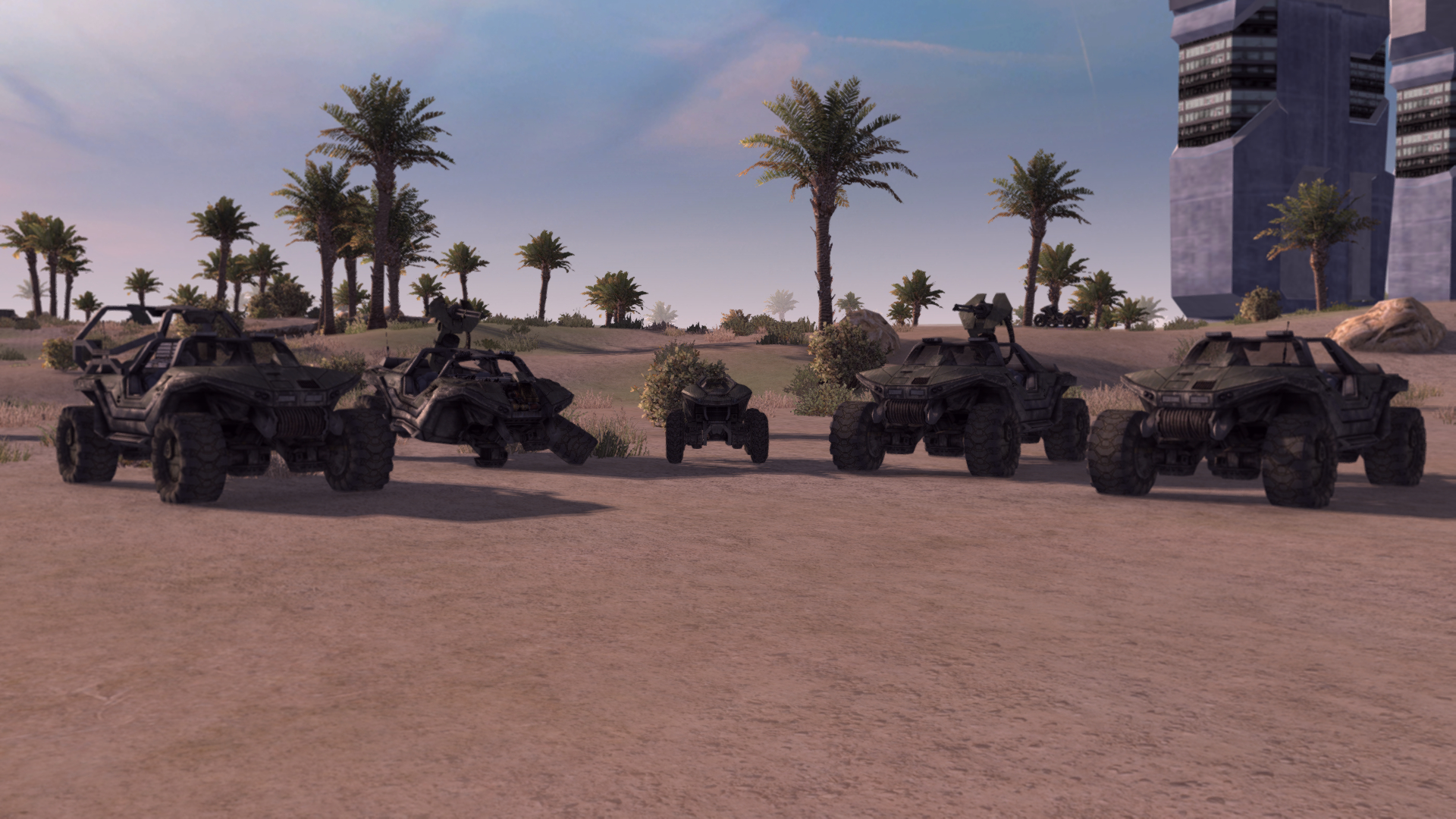 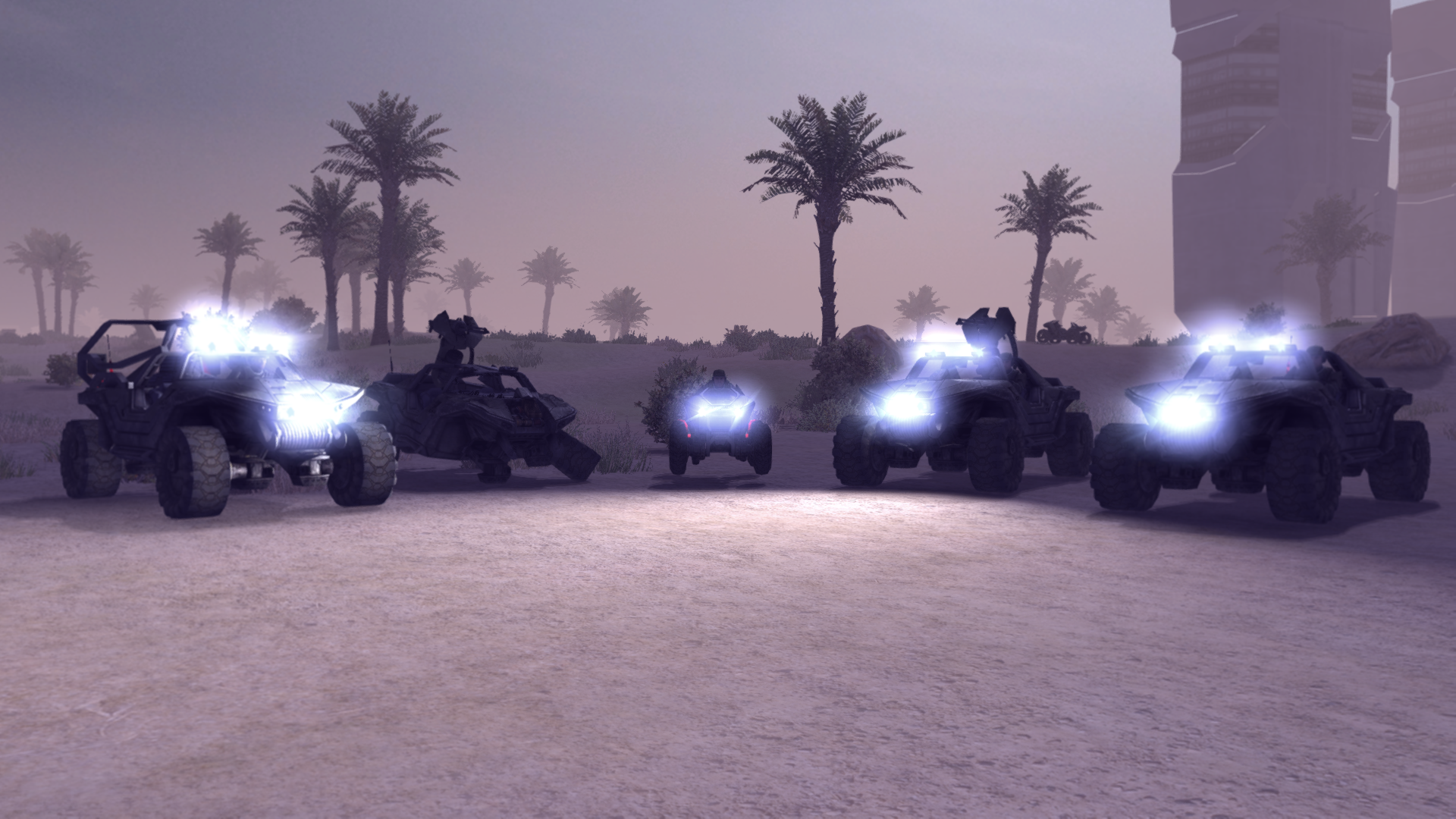 In these first two photos all of the vehicles are from halo 3, although there are also a warthog mg and gauss (not pictured) from halo 2 that are in the mod. Each of the vehicles shown when crewed and on a night environment will have working head and tail lights that emit from the vehicle. From left to right we have: 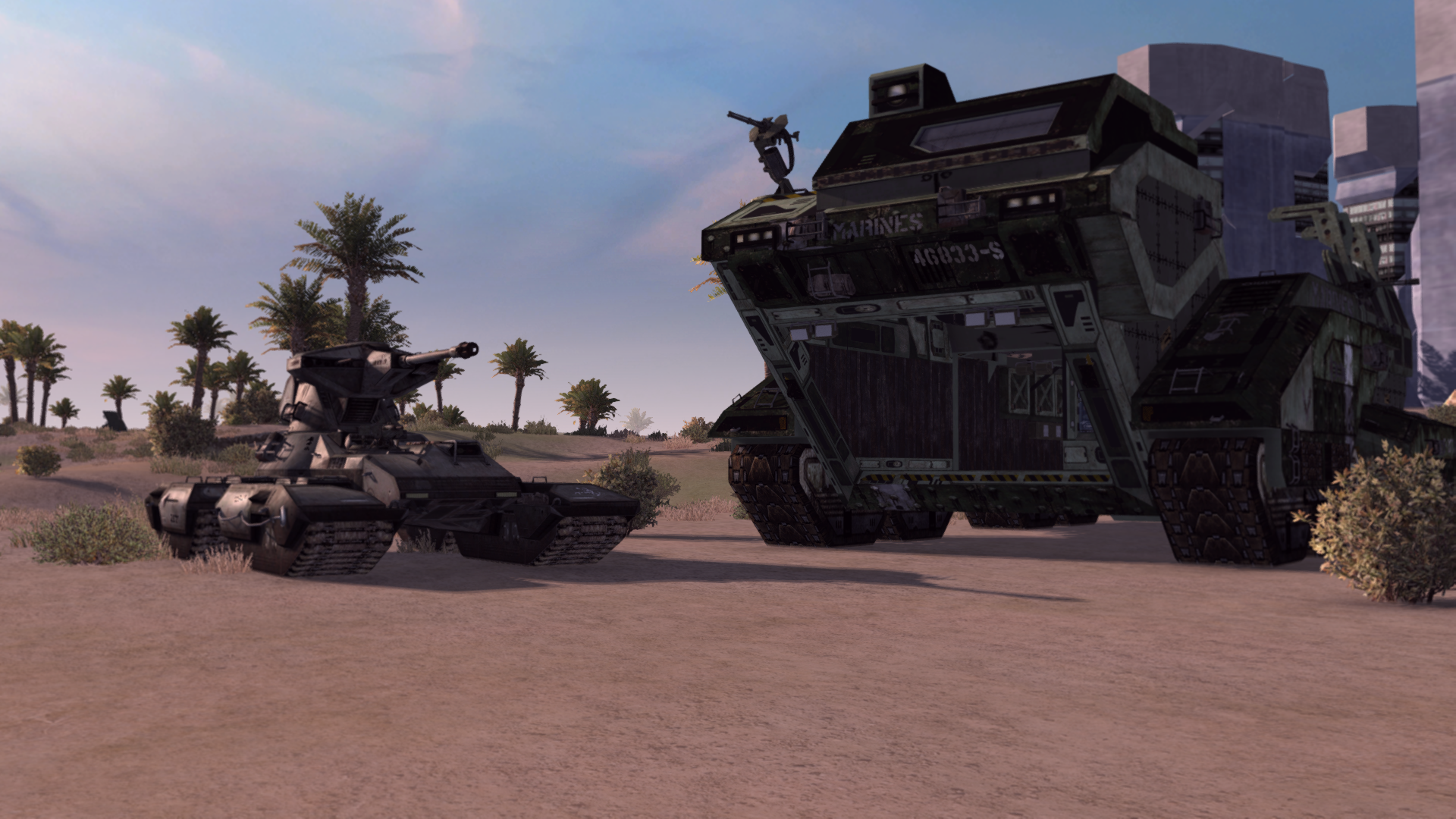 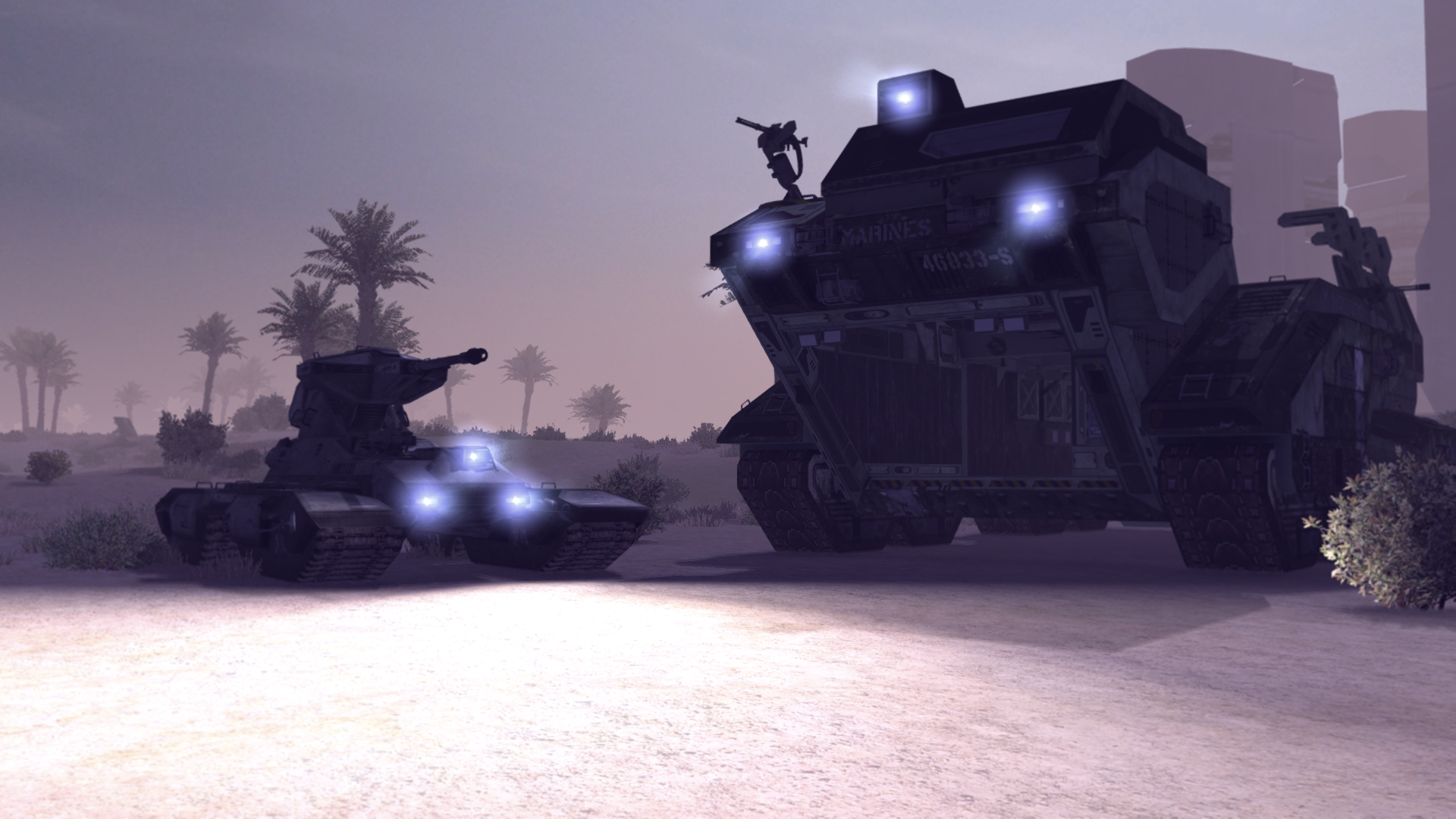 Next up are the heavier vehicles. Both the scorpion and elephant are fully functional and definitely can change the tide of any battle when present. Both like their smaller counter parts when crewed on any night environment will have light emitted from the body. There also is a working halo 2 scorpion in the mod (not shown above). 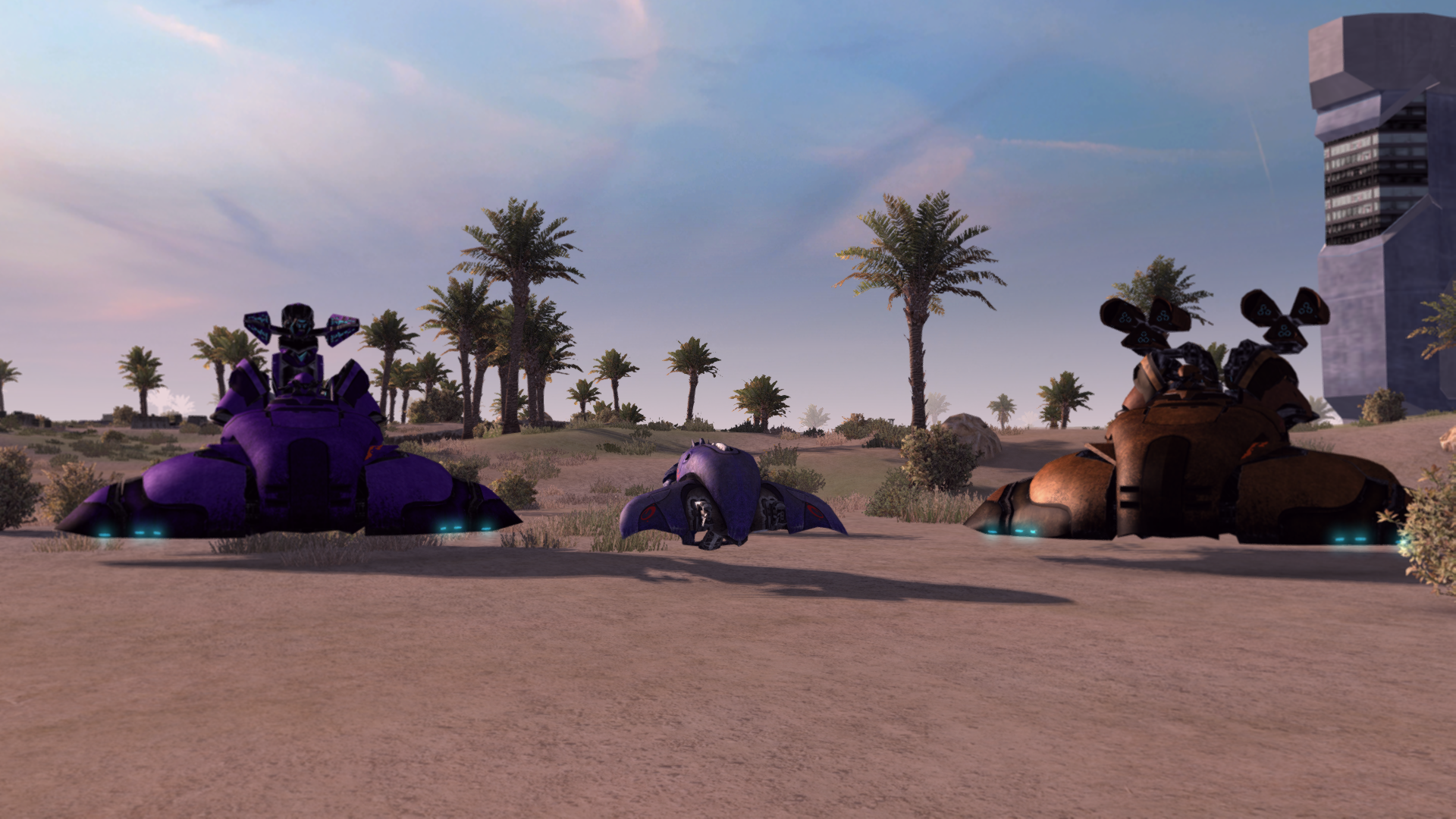 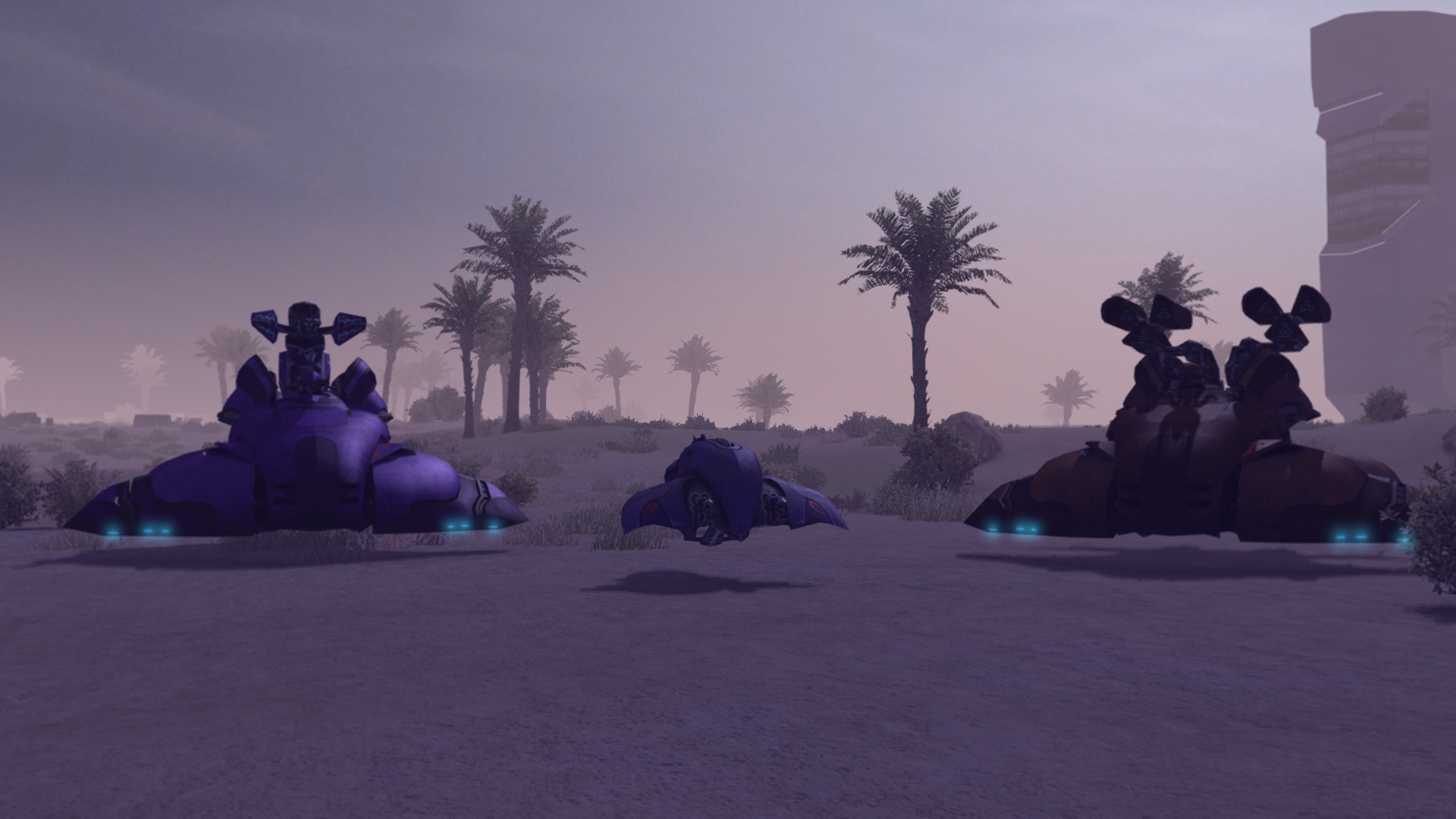 The covenant armada definitely has far less vehicles present than their UNSC counter parts; however, their lack of quantity definitely should not be undermined due to their very powerful weaponry.

Vehicles from left to right: 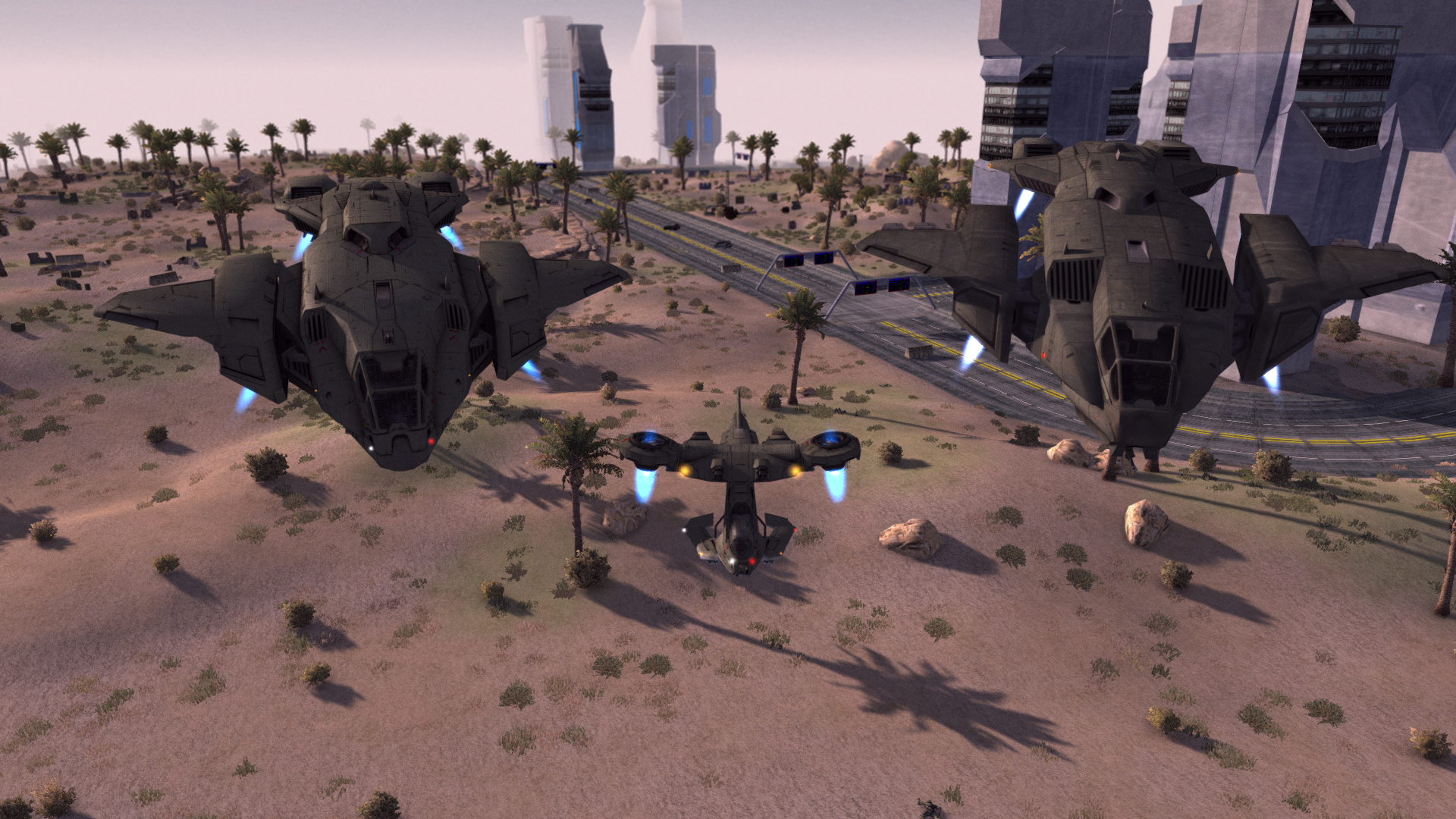 The UNSC has a variety of options for air transportation and support. The pelicans have 4 variants some of which are equipped with rocket pods and mounted machine guns in the rear while others strictly are used for transport. The hornet is extremely agile and has the ability to hit targets with quick bursts of weaponry at the expense of its weaponry range. All air vehicles work as vanilla CTA helicopters would. 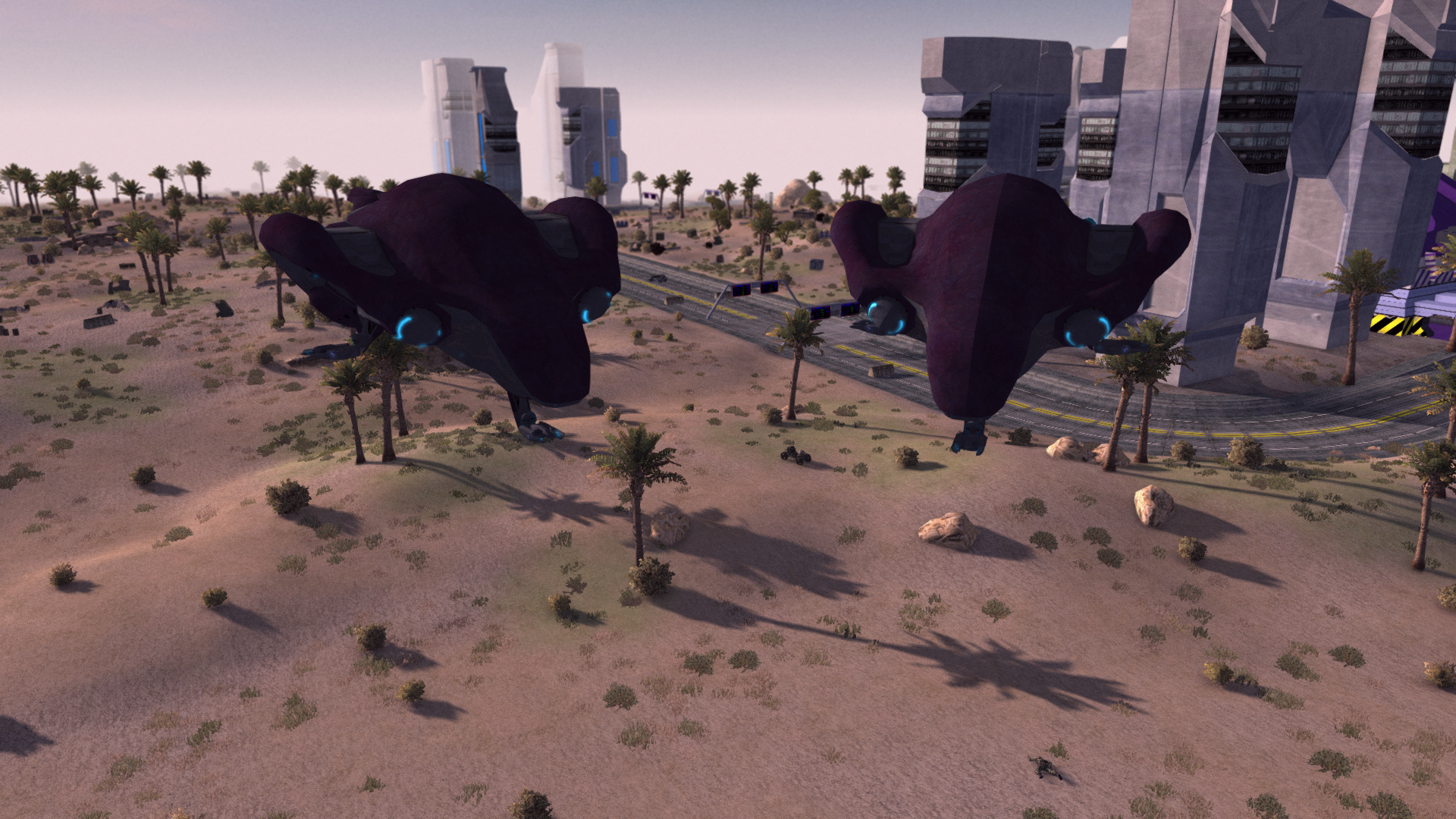 Currently the only air vehicle for the Covenant faction is the halo 2 phantom. This phantom is armed with 3 guns which can do damage very quickly and should be taken with caution. The phantom is excellent for close air support with infantry below; although, it doesn't do particularly well against scorpion tank rounds. 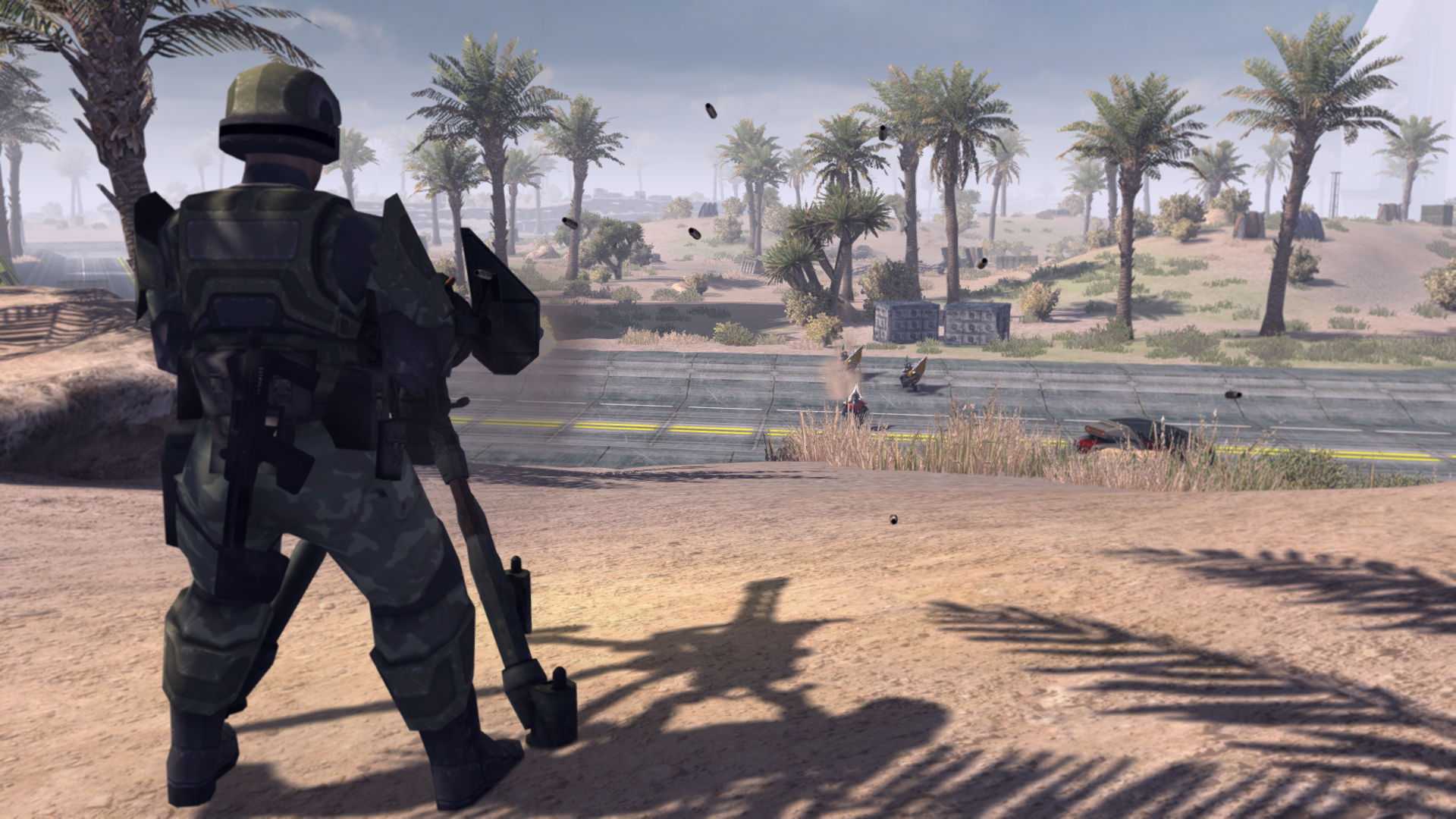 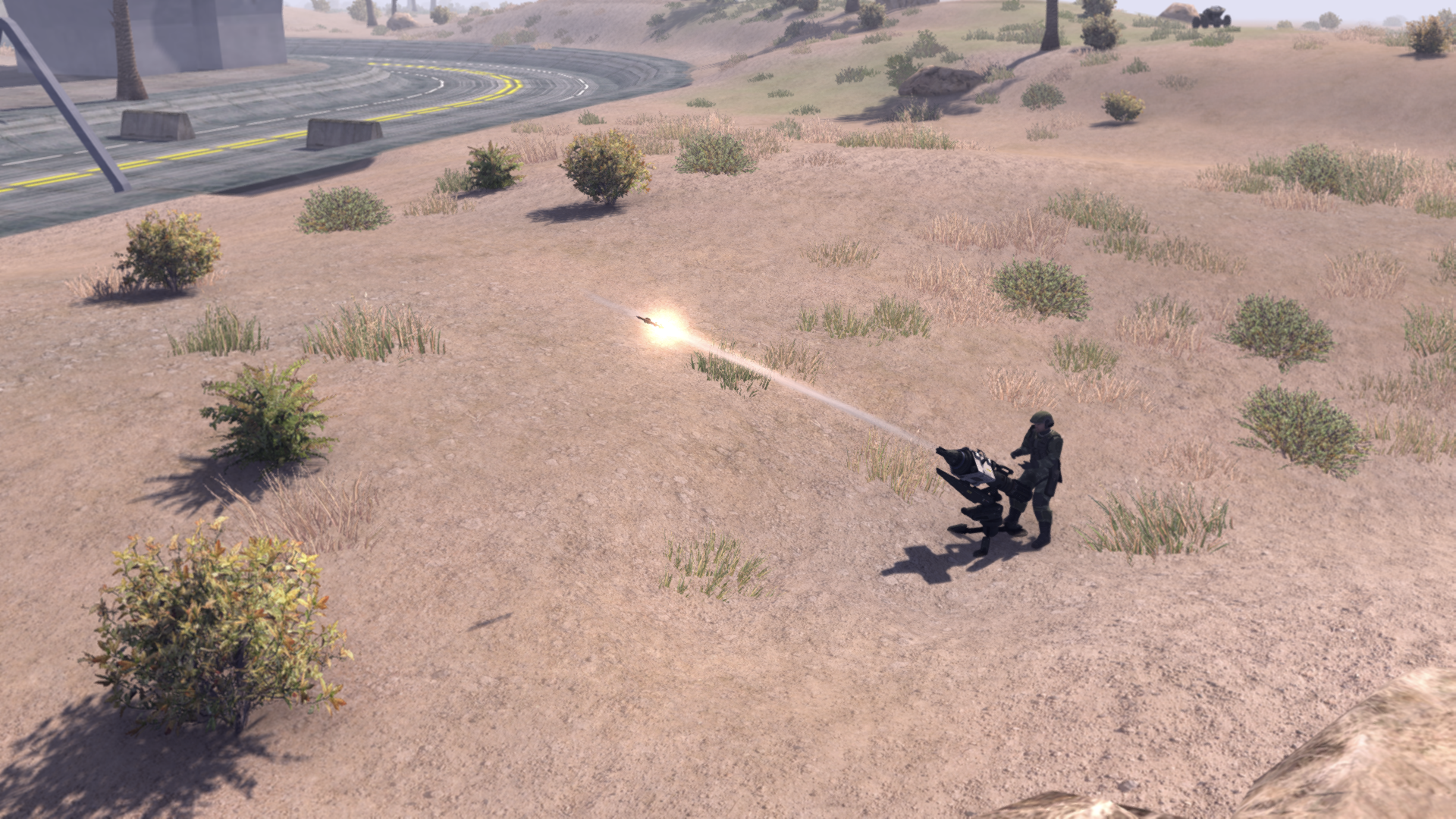 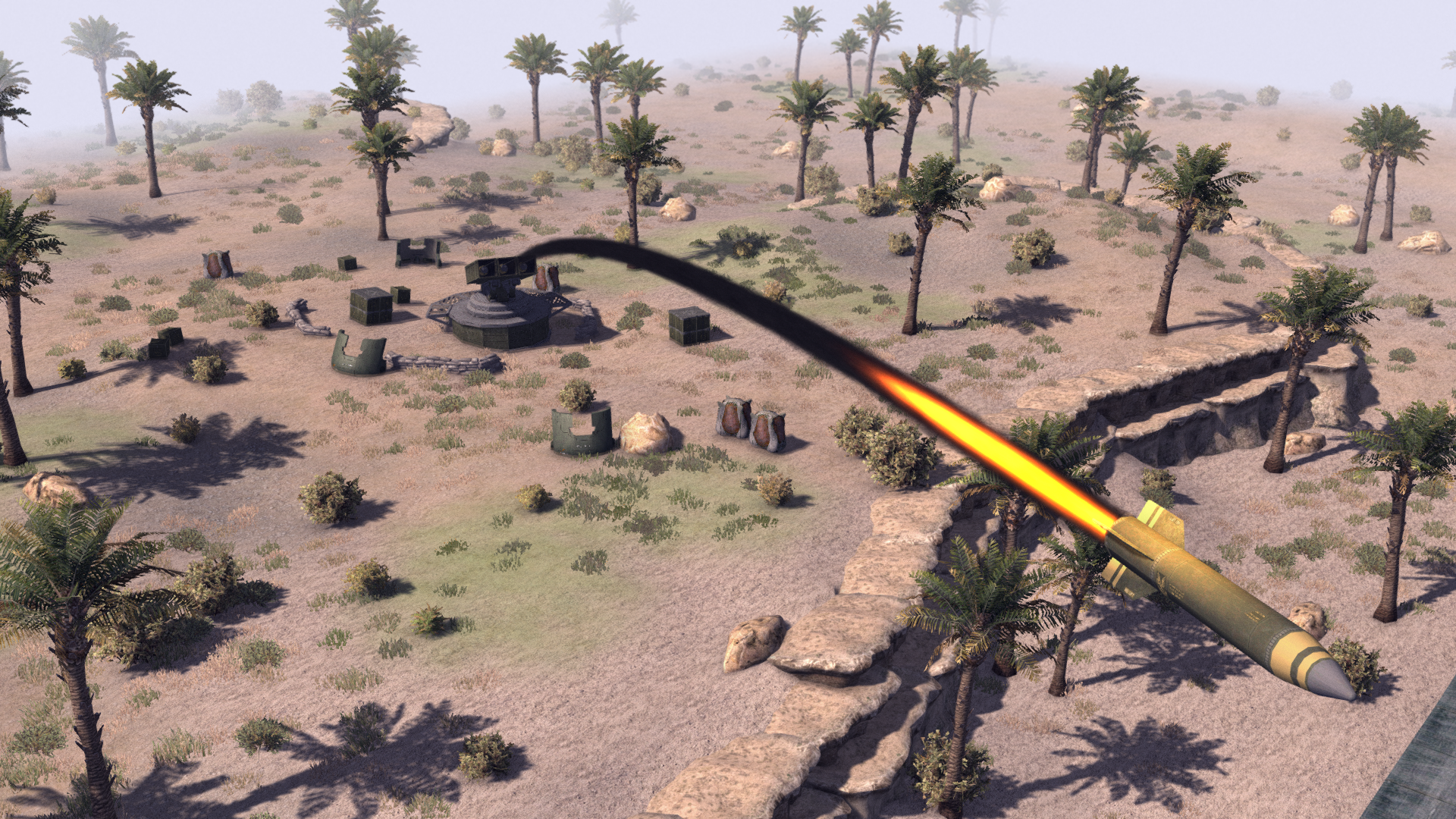 The first static turret on the UNSC side is the mounted MG which is capable of delivering over 500 rounds a minute. This mounted mg will be sure to tear through lines of lightly armored enemy infantry in seconds. Although be careful when manning this due to its lack of protective armor for the user.

Lastly is the UNSC S.A.M. site. This stationary weapon is used for the last resort when smaller means of explosives seem to not be doing the trick. This stationary vehicle will deliver missiles to the intended target with very promising results. The only down side is the maintenance and cost to operate such a beast. 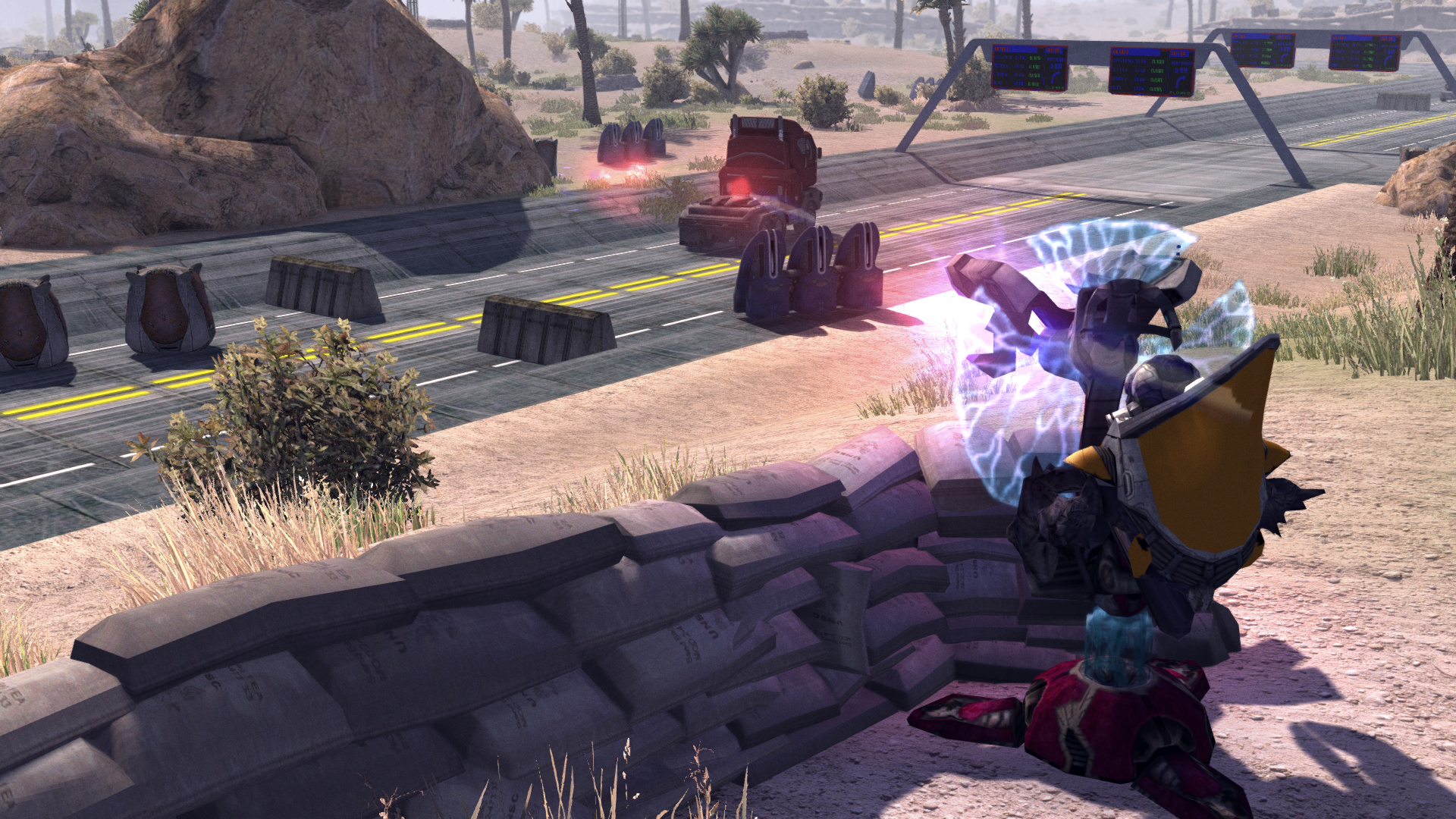 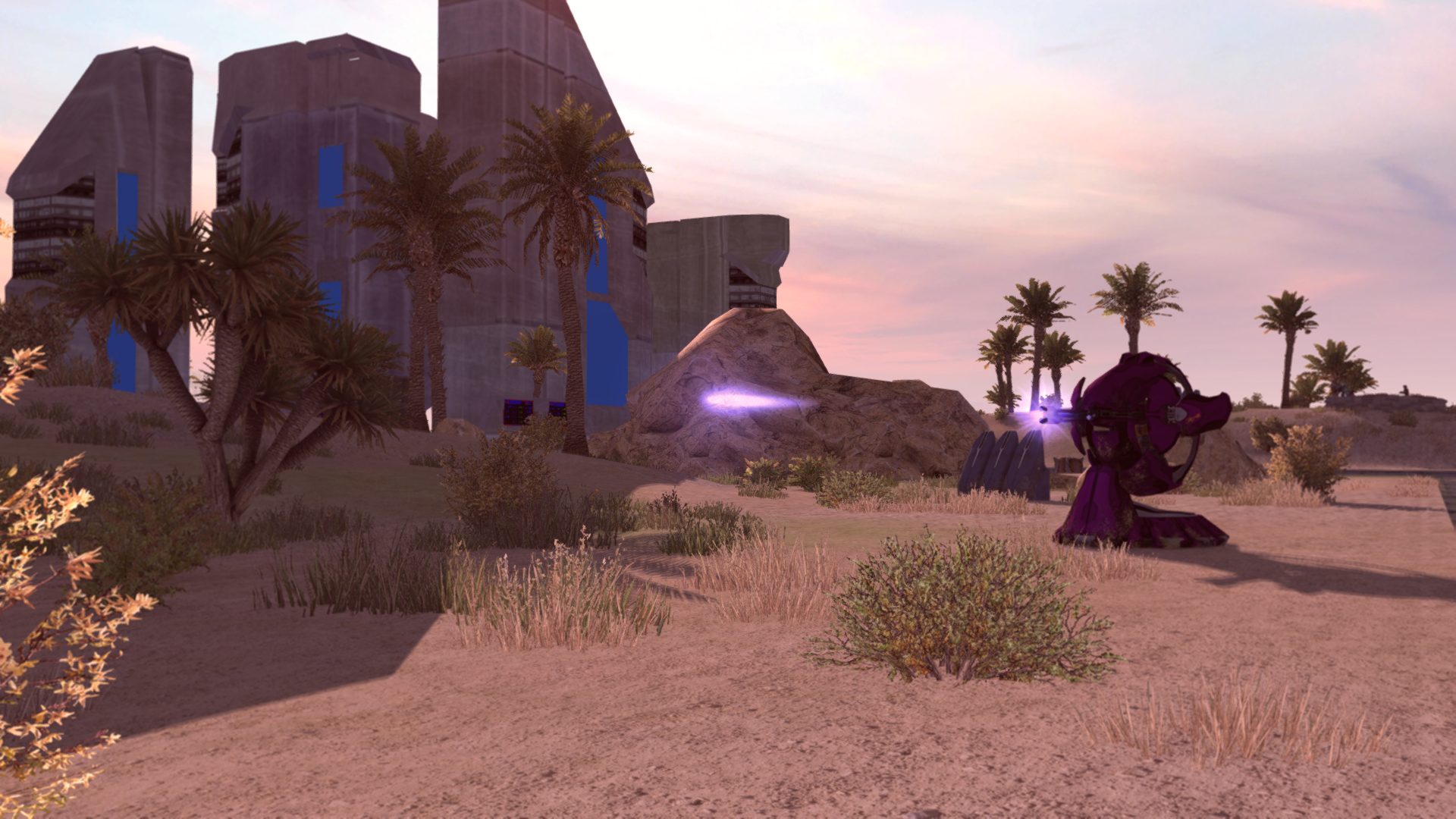 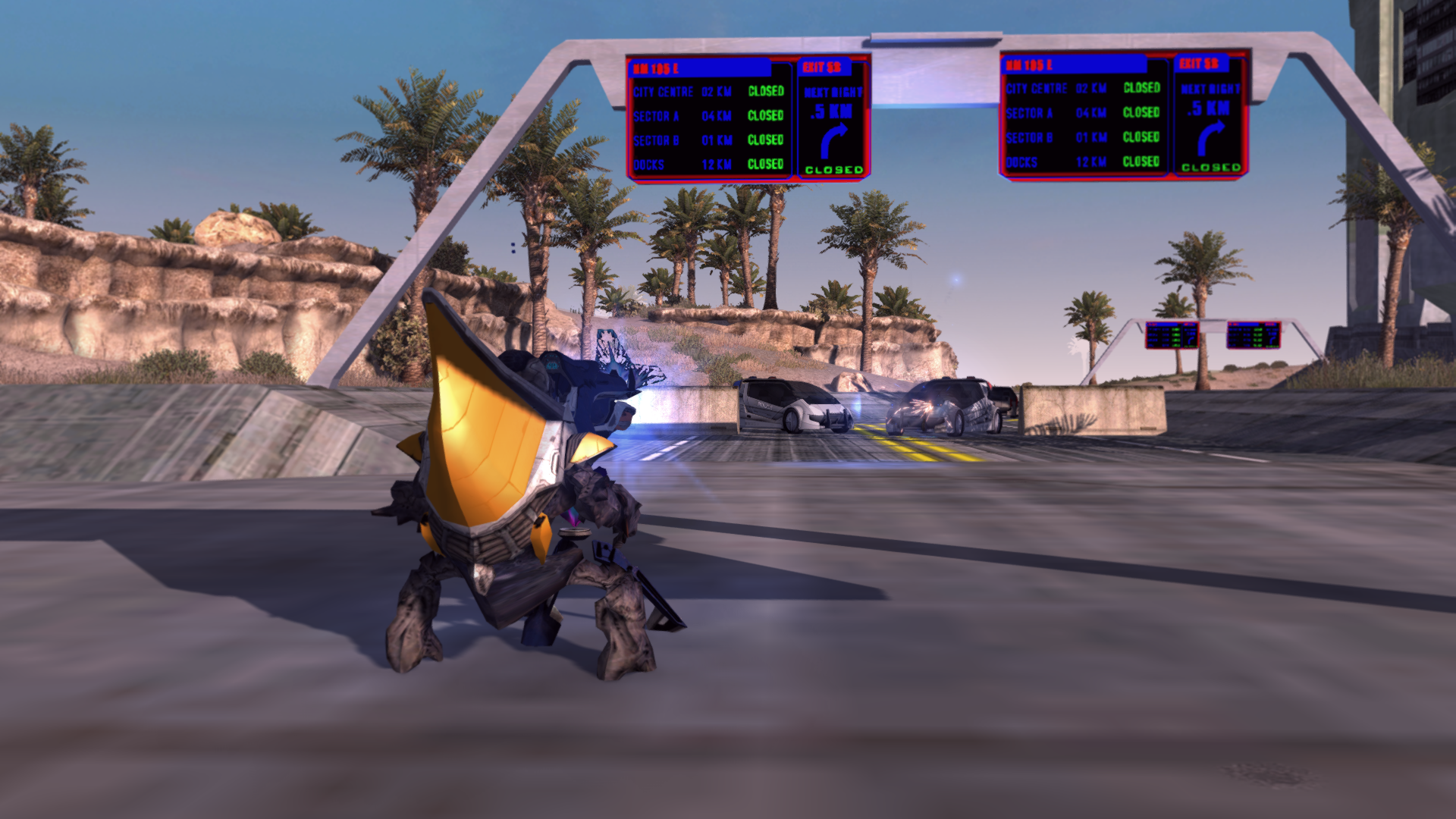 First up in the Covenant arsenal is the halo 2 shade turret. While not having much cover for your gunner may seem problematic the quick rate of fire is sure to deter any lurking foes from attempting to approach this stationary weapon in the first place.

Next up is the halo 3 shade turret. This upgrade from the previous generation turret has drastically increased armor for the gun user as well as increased the power behind each plasma blast at the cost of it's previous quicker firing speed. The shade turret is both effective for ground and air combat.

Lastly is the halo 3 plasma turret. While far less powerful then its shade turret counterpart you can still guarantee kills to stack up once the trigger is pulled. The shade turret has a high rate of fire and is extremely versatile to be placed most anywhere on the map unlike the shade turret.

This section will be brief but give a brief overview of what to be expected in terms of multiplayer. The mod has a fully functional multiplayer for both the Covenant and UNSC factions. The bots are sorta able to play as those factions with the primary limitation being the AI has no ability to spawn vehicles. This has been an issue for a long time and we've come to the conclusion the issue must be hard coded and cannot be fixed unless somehow we are wrong or there is a work around. Currently there is only 1 multiplayer map as the other one corrupted on both of our separate dev versions of the mod. Although mombasa will be more than suitable for a multiplayer experience.

The flagship (and ironically only) map of this V1.0 launch of Trifectum is New mombasa from Halo 2. The map is relatively small but still fun to skirmish against others on. A brief overview of the map will follow: 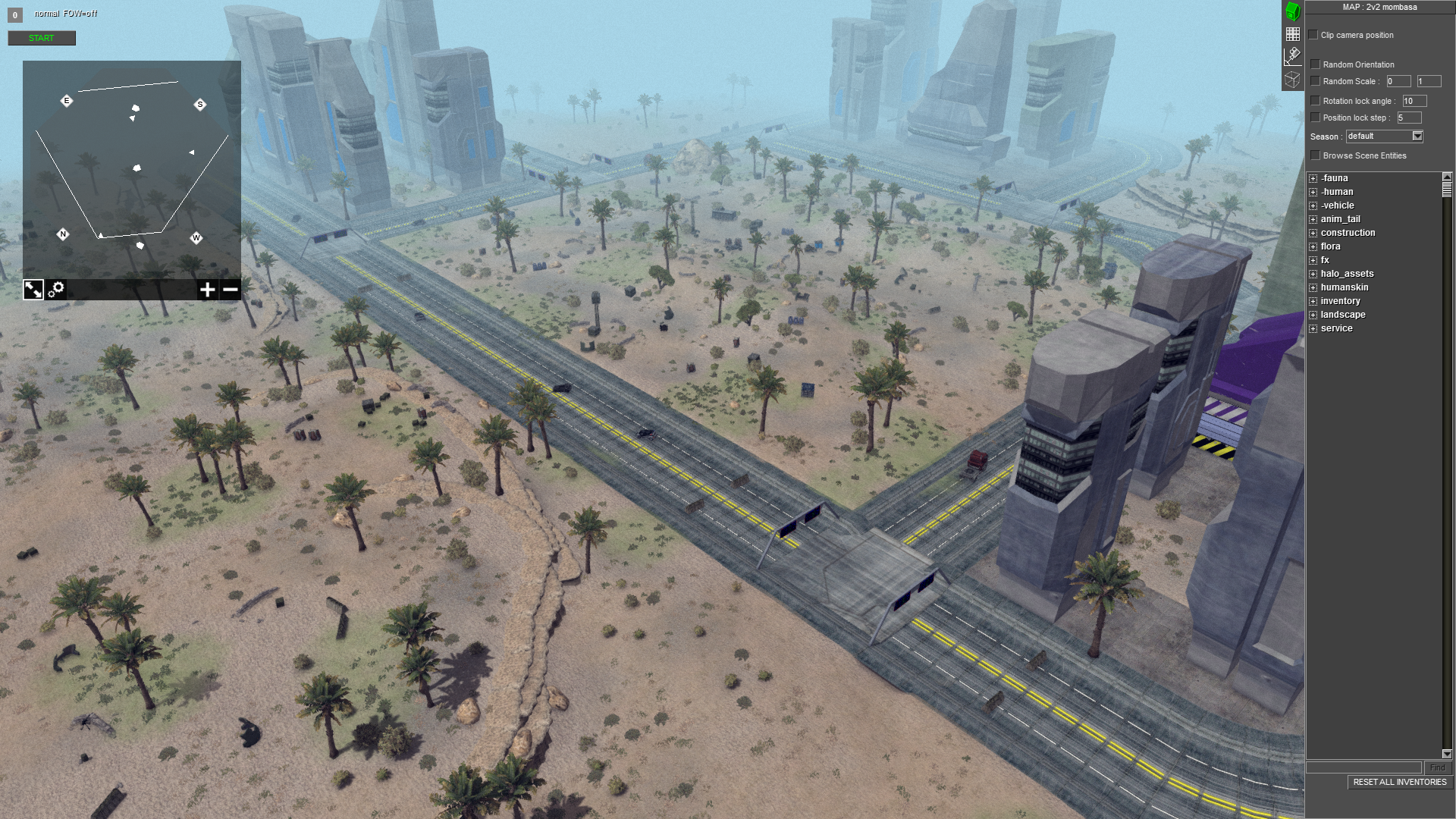 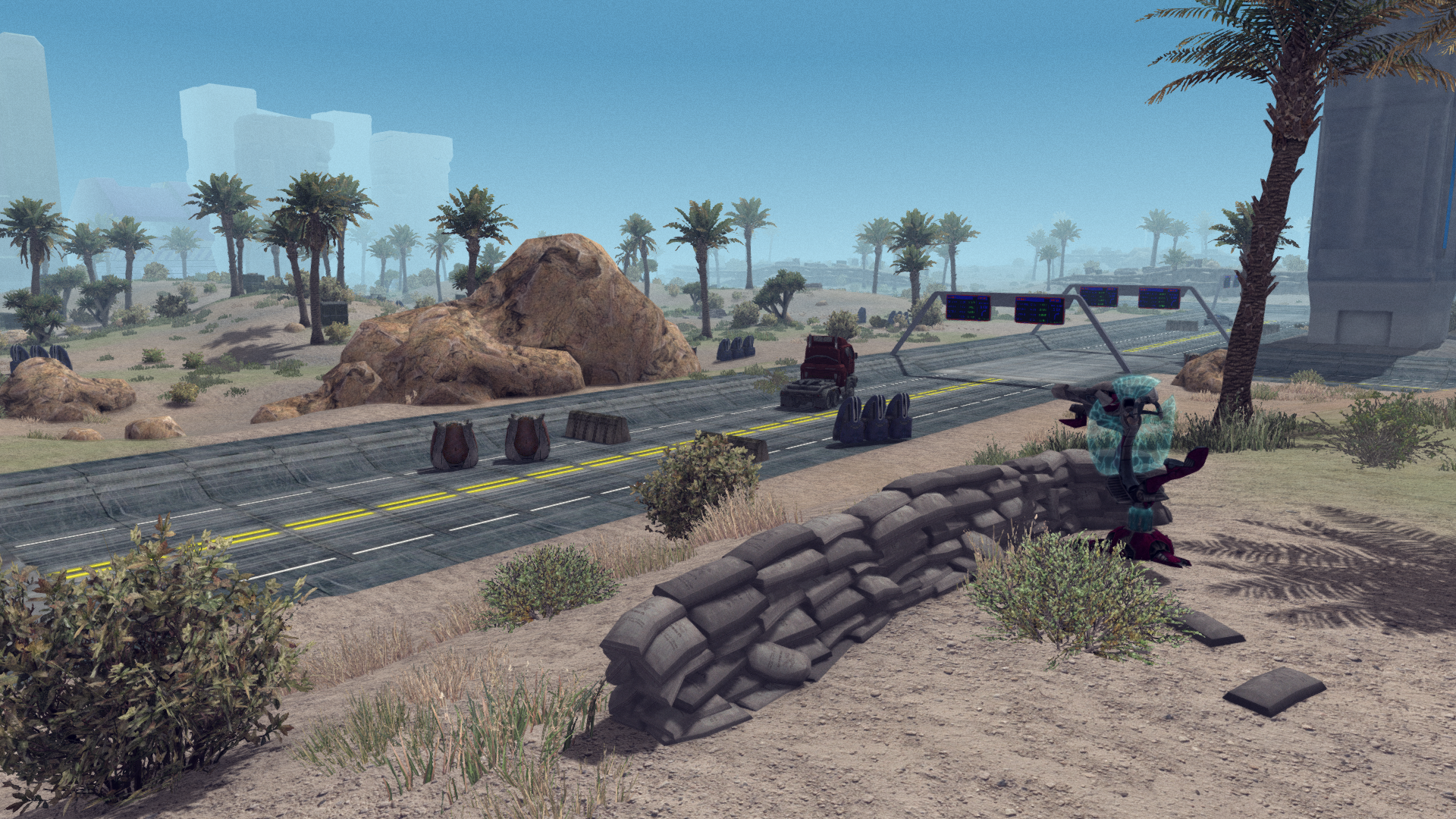 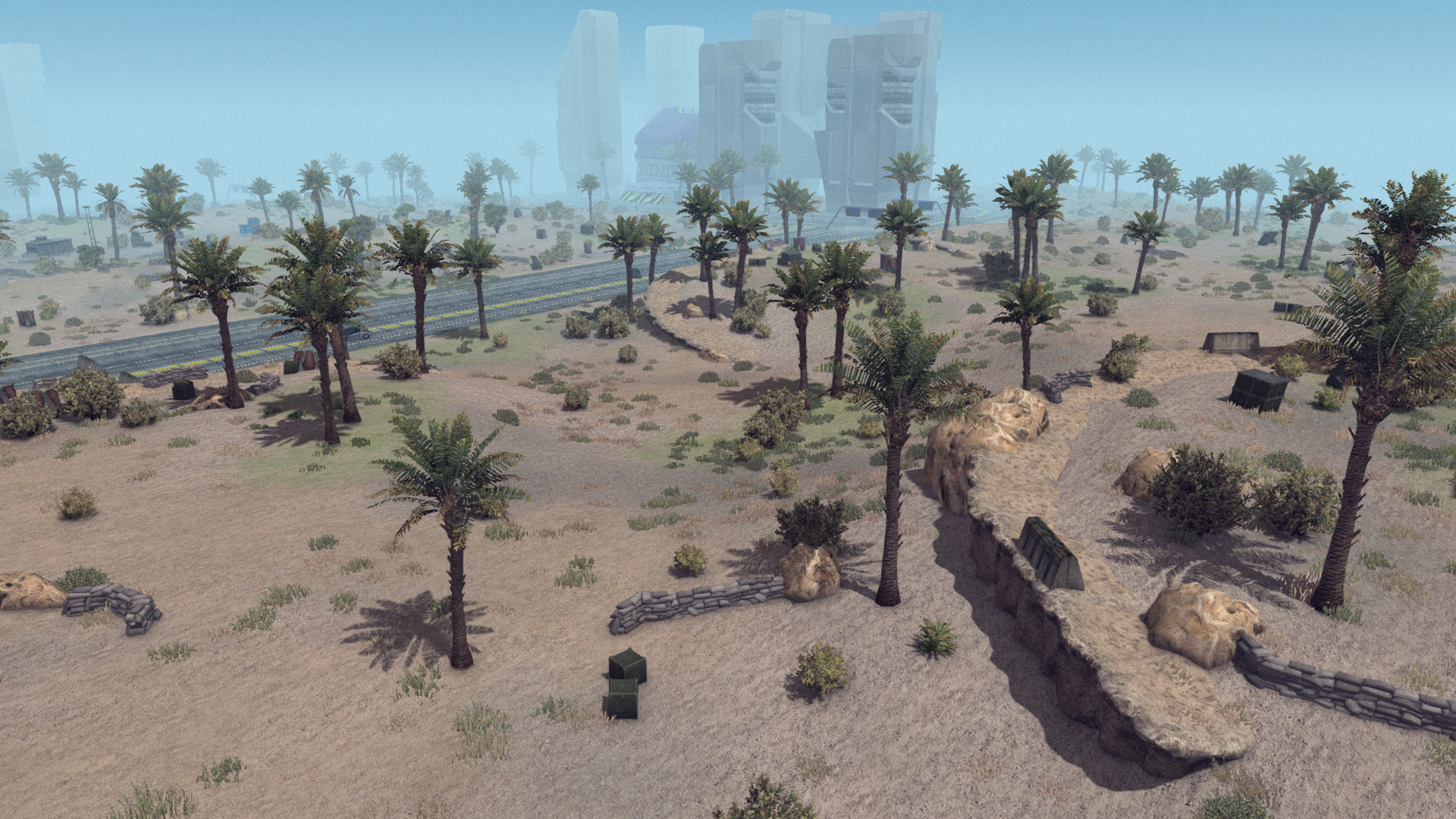 This section is being added and typically isn't talked about in most-any mod highlights in the community. A few months ago we determined a way to bypass a significant amount of the hard coding in the CTA UI that originally was not customize able unless you altered the base-game files. While some of these details are small and you may not notice, roughly 80% of the original UI has been completely changed or altered in some way. This includes the sounds, videos, effects, pictures, UI layout, multiplayer rank icons, and more 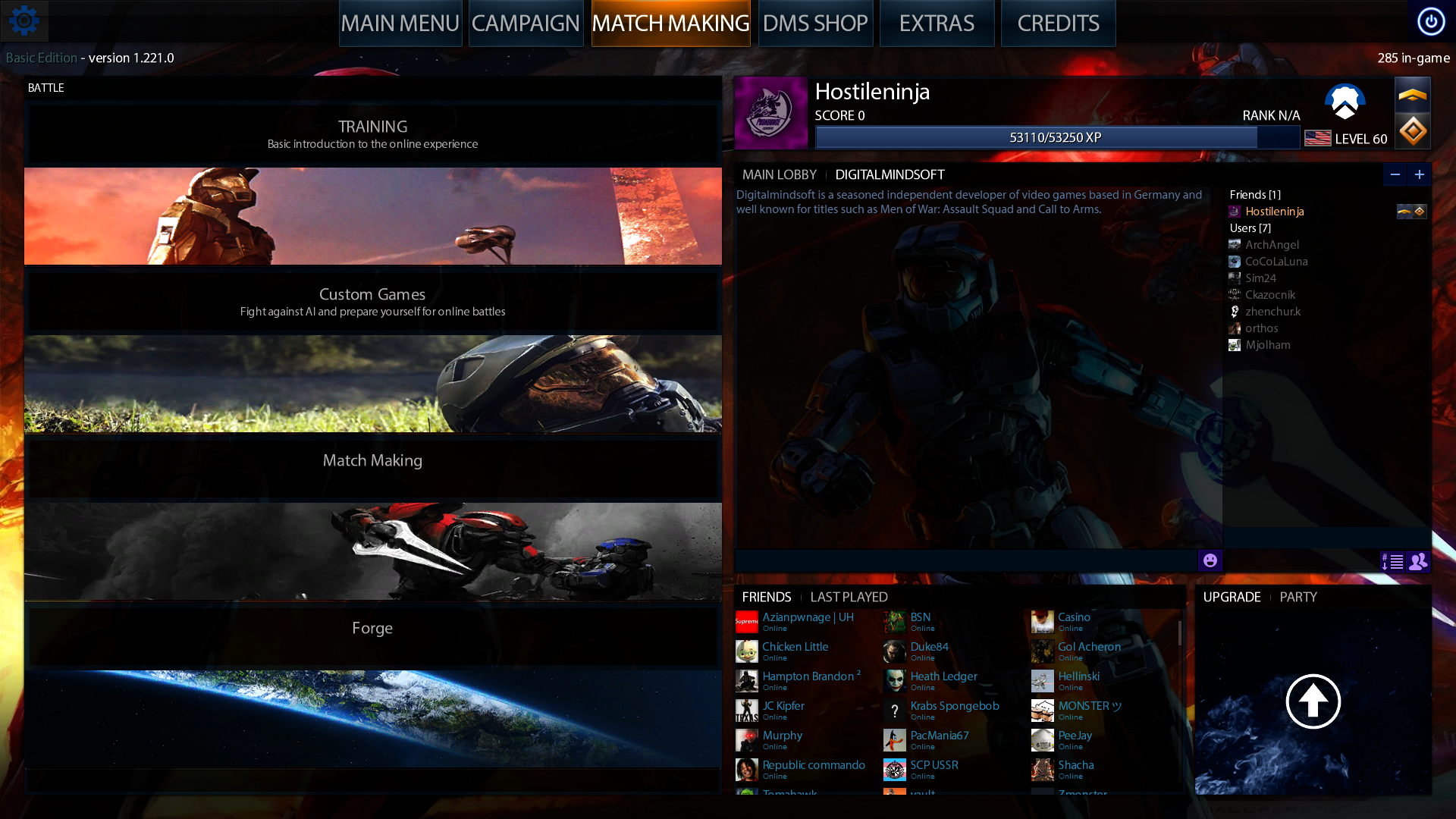 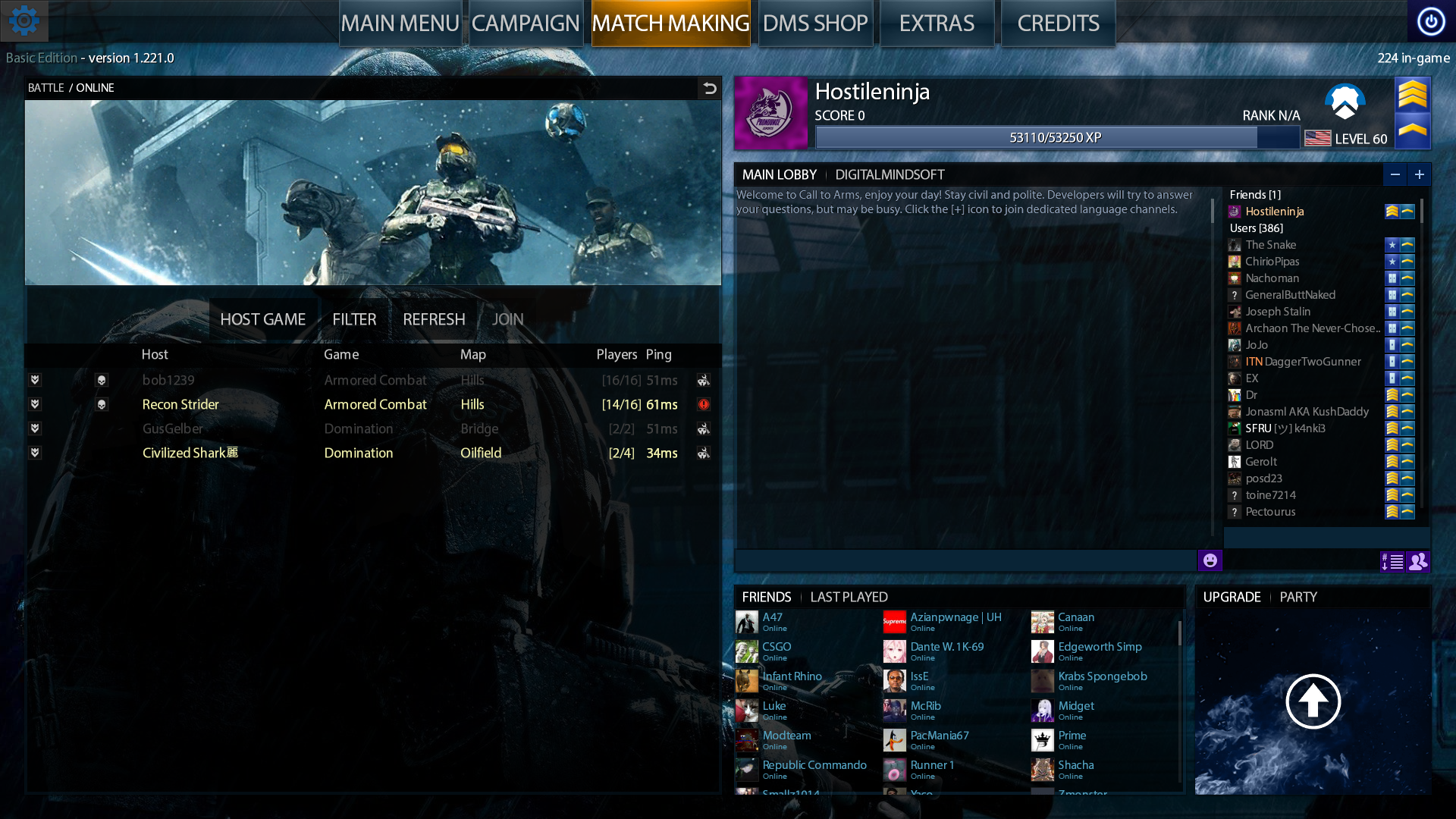 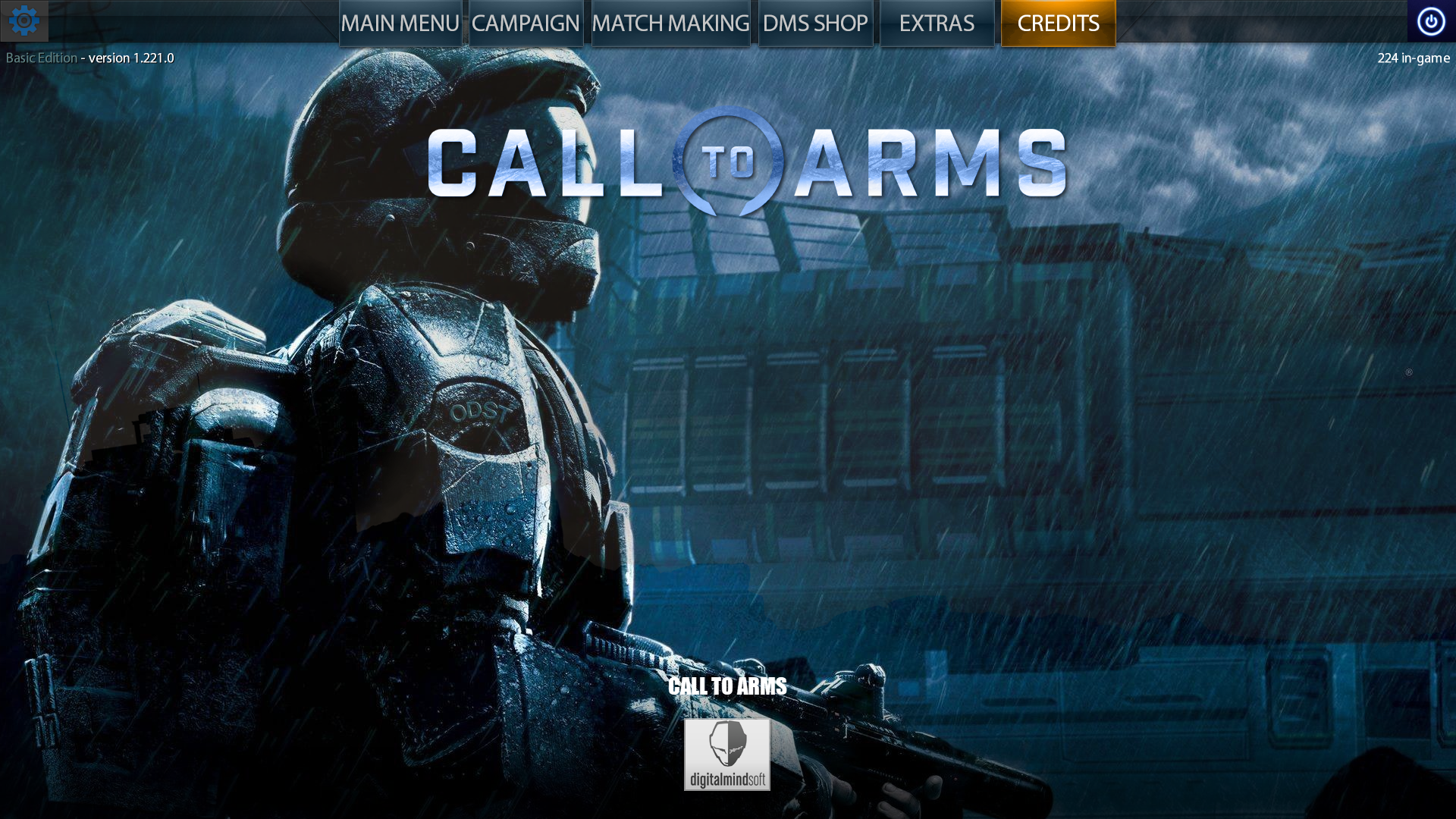 This concludes the article for Version 1.0

If you have any questions feel free to leave them on the moddb page and they will get answered as quick as possible. Thank you all and we hope you enjoy the initial release in a few days on the 10th of December. Best of luck and hope to see you all in multiplayer. 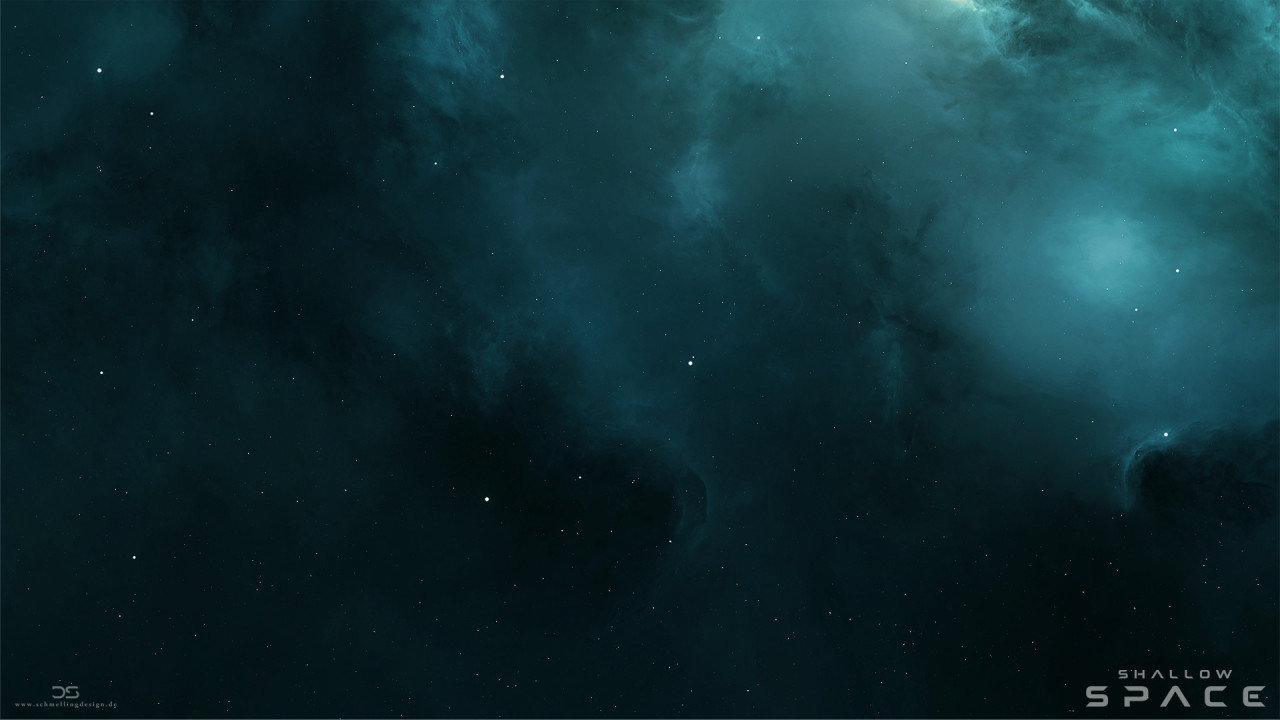 The First Release of Trifectum has now been published

Downloaded but cannot select factions, any fix for this?

Downloaded but cannot select factions, any fix for this? I don't know if anything else is broken but yeah...

Is there any way to fix the not being able to choose factions bug?

Does this mod still work? tried installing but don`t have any faction selection

so as of where this mod stands now it plays well and has great assets, will it be something that has all halo assets like stuff from halo 1 and reach and will we see extra spartan gear and other covenant like royal guards and others?

Is custom games working? No factions appearing for selection in drop-down list.

yo so are u still working on this mod

Is that map, New Mombasa already released, or not yet?

Yeah as far as I can tell, the Mombasa one isn't there.

Maps For CTA Call to Arms

Black Ops One Call to Arms

World in Conflict voices for CtA Call to Arms