The Hunted is a small, single map, multiplayer survival horror game that features two teams (“Scientists” and “Hunters”) who are pitted against in each other in a non-combat environment. Scientists are tasked with avoiding detection and surviving for as long as possible while Hunters are charged with finding Scientists and turning them into fellow Hunters. The Hunted was created as part of an academic study which attempted to replicate the gameplay and emotional aspects of an existing real-life game in a digital format. Using an iterative design approach via extensive player feedback and playtest analysis, the project was particularly focused on studying player reactions to the game and seeing whether the original game (which emphasized aspects like player immersion and minimal design elements) would actually translate well into a digital version.

Thanks for voting and helping The Hunted on it's quest to become the 2021 Mod of the Year. You are now in with a chance to score some free games from our #modlove collection. Help this mod secure more votes by embedding the widget (or link) we have included below on your favorite sites.

First of all, I'd just like to take a moment to apologize to everyone who has been even remotely interested in tracking The Hunted's progress. It's been just over a year since our last update on ModDB, so it wouldn't surprise me if many of you simply thought that development had fallen completely by the wayside (as so many modding projects unfortunately do). The good news is that this isn't the case with The Hunted, and I am happy to announce that the final version of The Hunted is now ready and available to play for free!

It's been a long, challenging journey and I want to thank everyone who's supported us over the course of development. Since The Hunted was, at its core, a game associated with an academic project, the team responsible for its development has sadly since disbanded to go on to do other projects and there are currently no plans to continue development at this time. As such, any remaining minor bugs in the game will unfortunately not be fixed, nor will any additional content such as new maps or gamemodes be released in the future (at least not by the original development team). However, we still really wanted to release the final version as it stands, so we hope that you'll enjoy the game despite it no longer being worked on.

So without further ado, I give you... The Hunted! 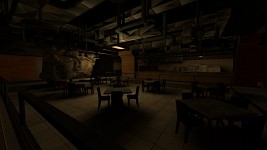 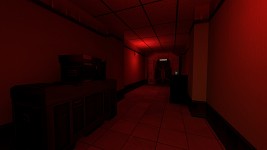 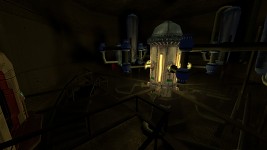 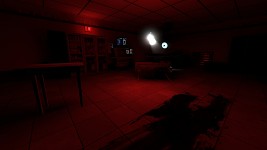 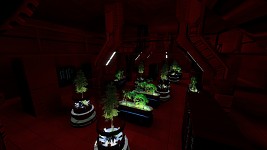 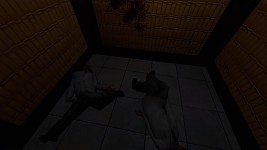 With Halloween approaching fast, this month's The Hunted update comes packed with some creepy new concept art and further outlines the current state of...

Check out a brand new collection of concept art and get the latest update on The Hunted’s current state of development.

In their first post on ModDB, the developers of a new multiplayer mod, The Hunted, talk about their unique project and what to expect in the near future.

This the final version of the multiplayer mod "The Hunted". Please see the README file packaged in the ZIP for more details (Installation, Setup, etc.).

no servers, flickering lights, terrible textures. i hope ive saved some time for you guys.

Damn this is good!! Get in people hurry!

Hmmm... yeah i'll look up for more, just hope it's not going to be "yet another" of this type.

Looks interesting, I will track it

Multiplayer
Twitter
Tags
Embed Buttons
Link to The Hunted by selecting a button and using the embed code provided more...