Counter strike is full of popular zombie servers, so why not to make something really qualitative for favourite arcade game which fits zombie mod much better? So meet:

Its the unique mode which combines 2 mini gamemodes - escape and zombie infection. Gameplay is divided into 2 parts

In escape part players have to escape laboratory.

First zombie will be choosen randomly if everyone escaped successfully, but first 3 escaped players will have
additional chance not to be the first zombie. If some players failed escaping in time, they all will be infected
instead of choosing first zombie randomly 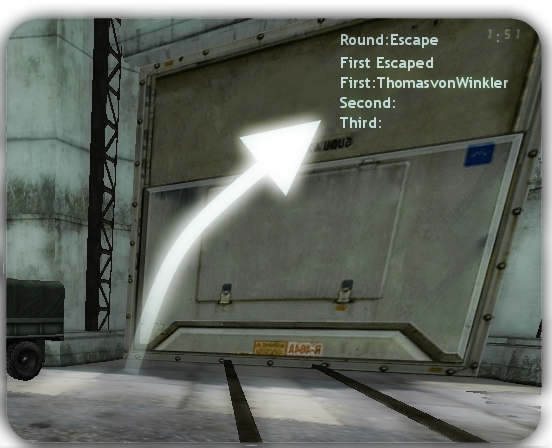 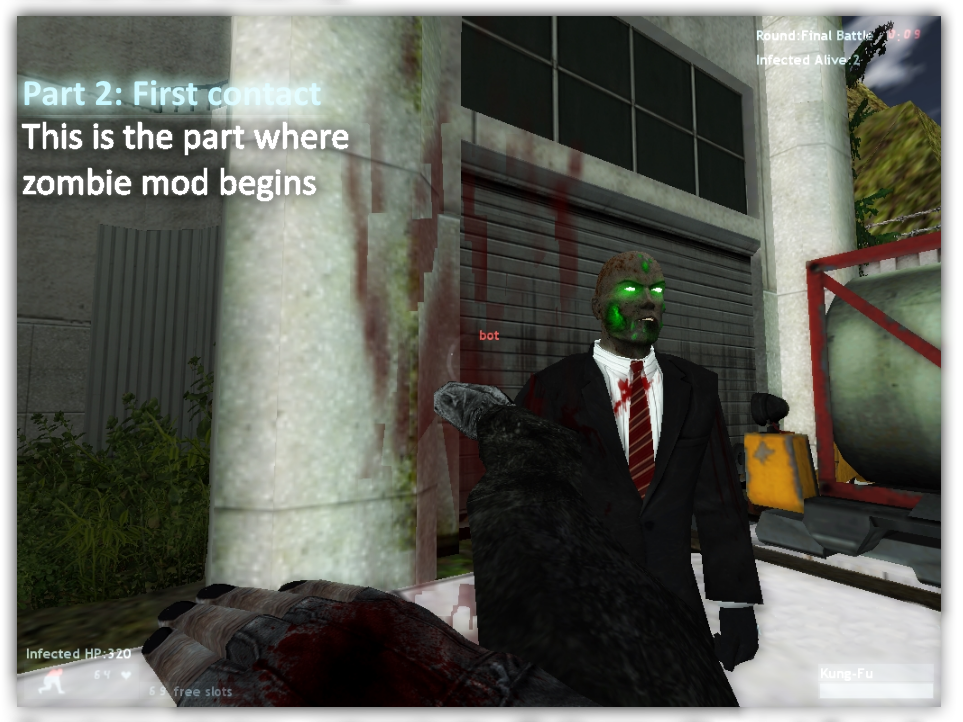 Zombies can use all types of melee weapons.
If humans or zombies win, game will start from Escape round. If this round ends in a draw, then will be started
another one Infection round. 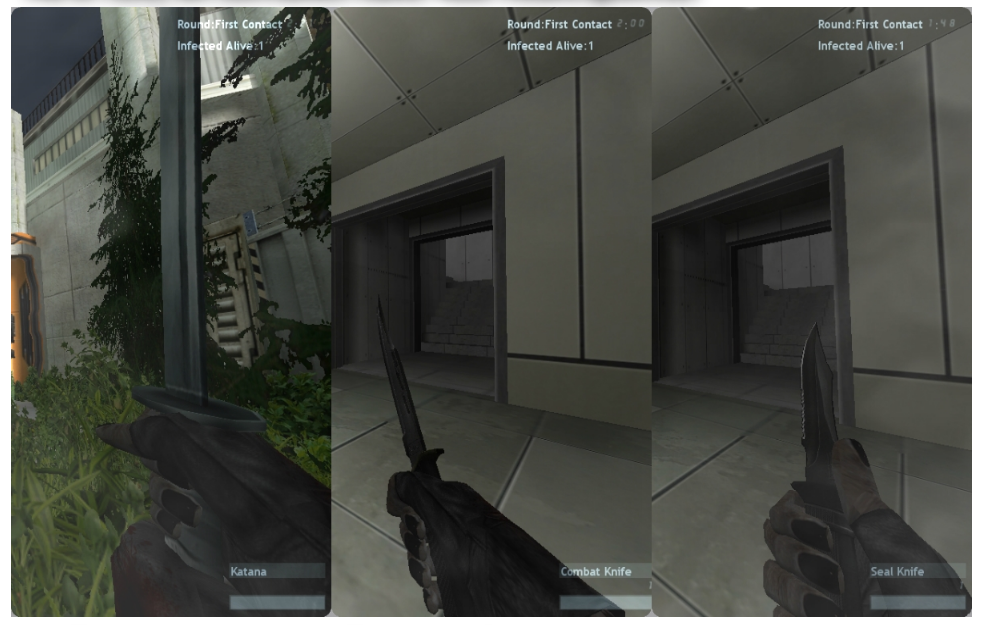 Infection can spread without zombie activity
(It works only with 3 or more players)
If zombie can not infect nobody for 90 seconds, infection spreads on random player.
Infection can be spreaded untill there will be only one alive player

Escape part based on maps such as ts_skill1-5

No CSO zombies and maps, anything made specially for TS

2)Mapping: Escape part of the map is fully finished, PvP part is done on 80%

Cool! I'm waiting for it.

This one lookin' nice. Keep up the good work.

This looks neat. It's not common to find a quality mod for HL1. Keep up the good work.

ECX is a free addon for the Half-Life Mod ESF. The addon provides lots of changed and expansions like new characters, new transformations, new weapons...

When you enter the game you get to choose a race (undead, human, orc, night elf, dwarf, troll or lich), each race has 3 different skills and an ultimate...

The specialists online (TSO) is a total conversion mod for the Half-life 1 mod, The Specialists

Last year on Christmas I released A hammy-bob mod Christmas special a lot of people liked it and some didn’t. This year I plan on making a much better...

The Hazardous-Course 2 is a spoof of the original "Hazard-Course" from Half-Life, which resembles the first player training levels. In contrary to this...

Multiplayer
Tags
Embed Buttons
Link to The specialists: Infected by selecting a button and using the embed code provided more...