The Dark Pastime is a Single Player modification (or add-on) created by a group of fans for the Jedi Academy video game. Currently Part I has been released, the work continues on next chapters.

The story takes place in 17 ABY, several years after the original game and the events with Tavion Axmis and her Sith cult. The Jedi Academy became a large organization of peace-keepers, loyal to the New Republic with the capital on liberated Coruscant. Former Galactic Empire is weakened and is known as the Imperial Remnant, yet still has enough forces to fight both the Republic and the Jedi. By the time of TDP the struggle between the factions continued with a usual pace, until the incident in the system of Goura: somehow a Republic military base was destroyed with all personnel dead. Most would blame the former Empire for this vicious act, but new major figures might be pulling the strains so that everyone believed this way.

Mon Mothma, the president of the New Republic, asks the Jedi for help – once again - to find out what really happened with the Republic base on Goura and investigate any possible Imperial activities in that sector. So it happens that Kyle Katarn, an agent of the New Republic and now a Jedi Knight locates the likely Imperial culprit and chases the Imperial dreadnaught responsible for the attack.

The Imperial captain manages to leave his ship and flee to Ord Mantell, where he is later killed by a mysterious assassin. A new plot against the Jedi and the Republic itself is obvious. And Kyle Katarn is the only one to succeed in revealing the identity of the face behind the tenebrous game against the Galaxy...

The Dark Pastime Chapter I Update + News on Chapter II

First of all I would like to thank everyone, who tried the Dark Pastime mod (DP) and sent their thoughts and sentiments on the work we'd been making all these years. It was good to hear different opinions as well as check the issues (still) found by the Players in the mod. I must say, that we update the pack periodically, but the link remains the same. One of the last additions includes the French subtitles for the mod, kindly provided by lang_french at JKHUB.

If you haven't downloaded the mod just yet, Chapter I is available through the link below. Remember, that you need OpenJk to be installed in order to run the Dark Pastime. The link includes Installation Guide.

The Dark Pastime introduces a new story for Kyle Katarn, as well as a few 'mechanics' to the gameplay, which differ from its original game – Jedi Academy. As you are playing one and only Jedi, your appearance stays the same, but you can change the clothes at the start. Lightsaber hilt remains that of Katarn until some time, but creating a new "laser sword" is now part of the story.

I were originally dissatisfied with the Color icons of the sabers as well as menus themselves, that's why we changed them drastically. The Color Choice now depends on the Crystals, each one with a unique name, most of which you might recognize from older stories, such as KOTOR. For example, Adegan crystals serve for blue color now, while Sigil is for yellow blades.

The very first mission introduces new Imperial forces, such as Imperial Female Officers, as well as a few minor personnel in the Imperial Remnant. 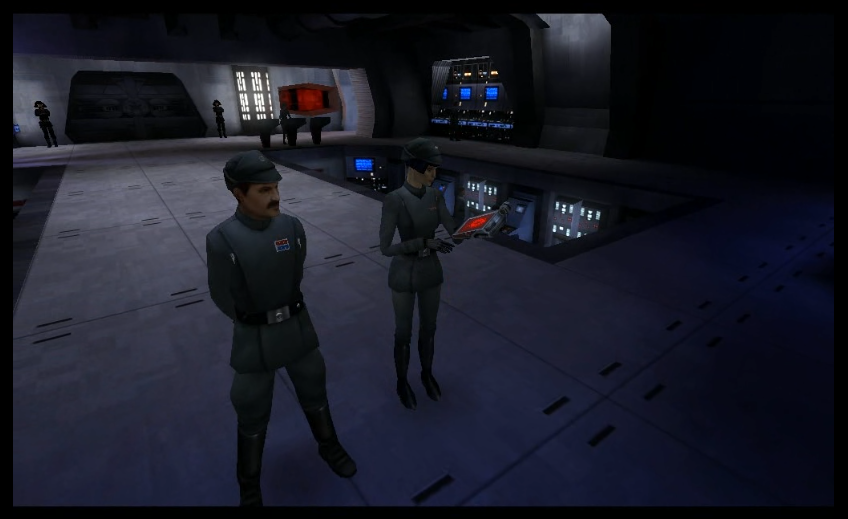 The situation around Imperial Dreadnought was also expanded: you can now spot the Imperial captain and his crew, when battle begins near Ord Mantell.

Ord Mantell was the planet, originally only mentioned in Episode V: The Empire Strikes Back, but it later was a major spot in such classics as Shadows of the Empire, as well as was in a mission in JA. It also saw the conflict between the Old Republic and local separatists during the Galactic Cold War, as seen in SWTOR. This time the planet is where the battle between the New Republic and the Imperial Remnant takes place. 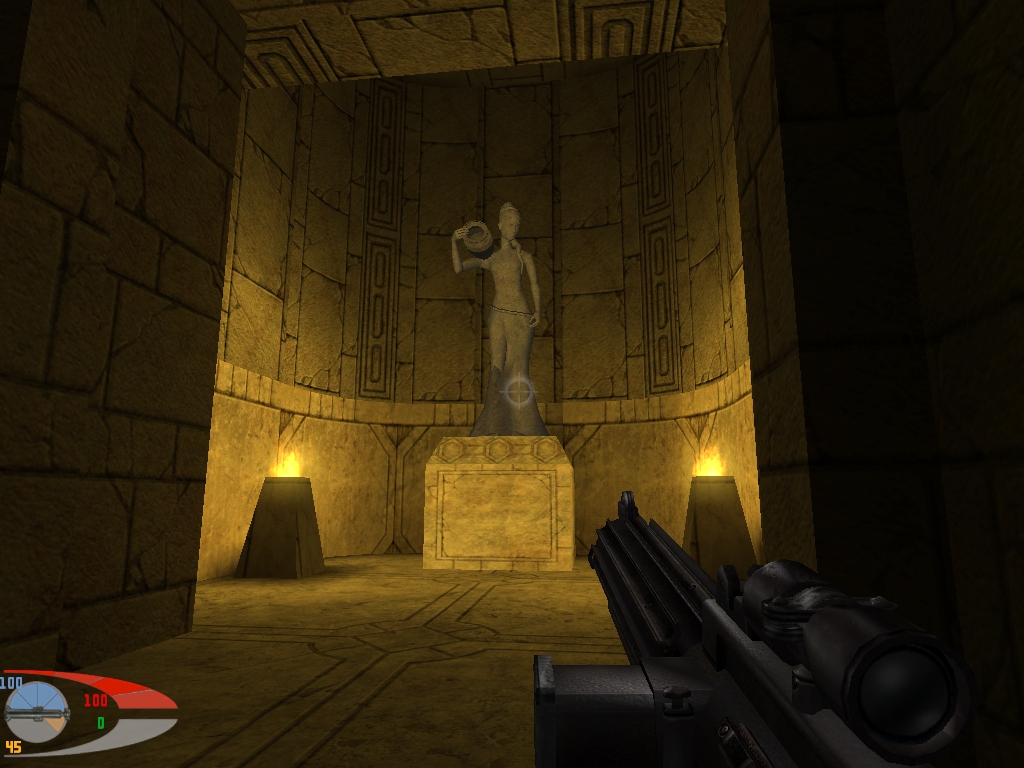 As dusty and remote as it might seem, Ord Mantell isn't that abandoned. In DP you encounter the first of the new factions here, which mostly consists of the old Mining Droids. They might be primitive, but their armor, intended for hazardous environments, can withstand blaster fire for some time.

The new feature is the Coruscant HUB, where the Player can now prepare for the adventure. In this New Republic Intelligence HQ you can get information and recon data for the upcoming missions. As you progress, new doors would be opened, allowing to learn more about the Galactic state of events and your investigation. 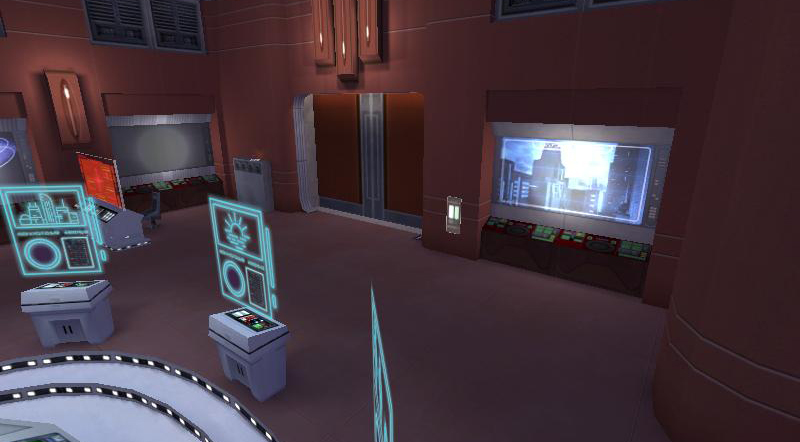 The second mission takes place on a new world of Dvorn, occupied by the Empire. A large portion of its surface is now covered by military bases and factories, with metallic beast slowly destroying all the forests with mostly extinct animals and local tribes. In Chapter I this is the longest mission, which can be divided into several parts, with each representing a different game type: stealth and speeder bike chase.

This area might be interesting for those, who like the Star Wars lore of the old days. There are many easter eggs and direct references to various books and stories. 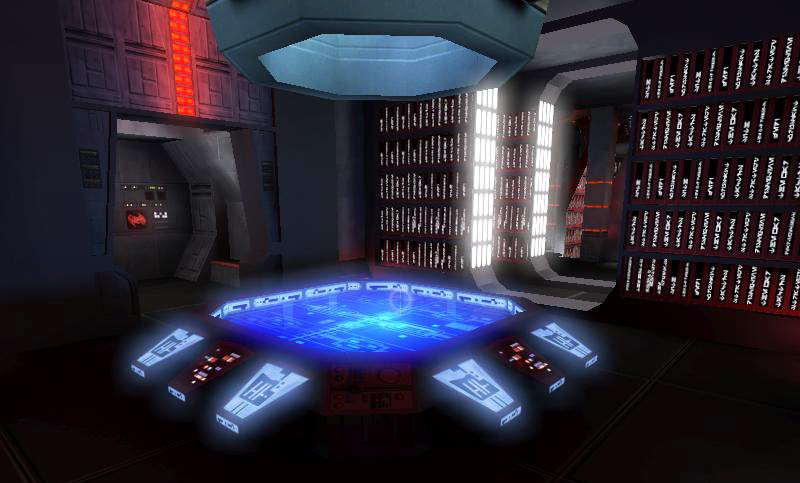 It's funny thing to notice, but years ago DP was released as a Demo, which was nothing like what we had in mind. There are similarities with Chapter I however, but the whole project moved in a very different direction, with lots of things redesigned completely, even though the very first mission might look basically the same. Since then we expanded many areas in first levels and put various puzzles in the section of the Imperial Academy on Dvorn. 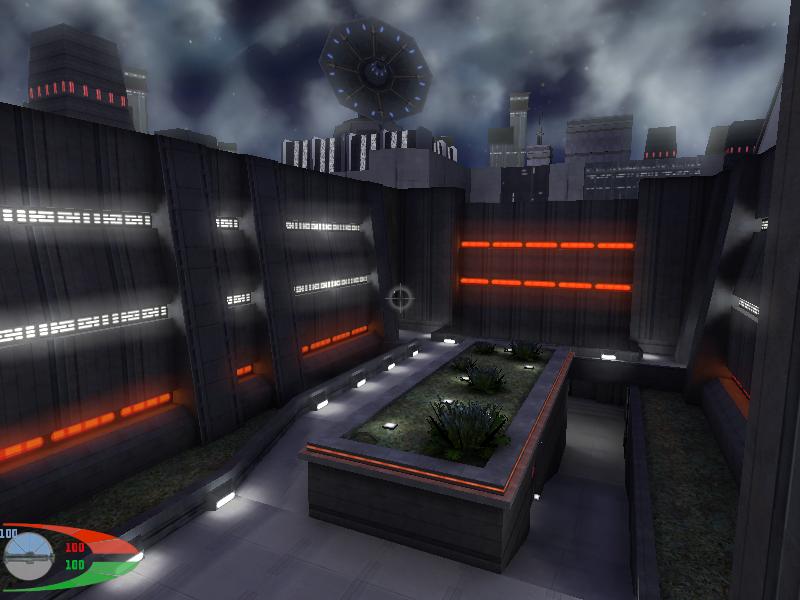 If you wonder, what's the difference between DP Demo and DP Chapter I, here is a list of some of them: 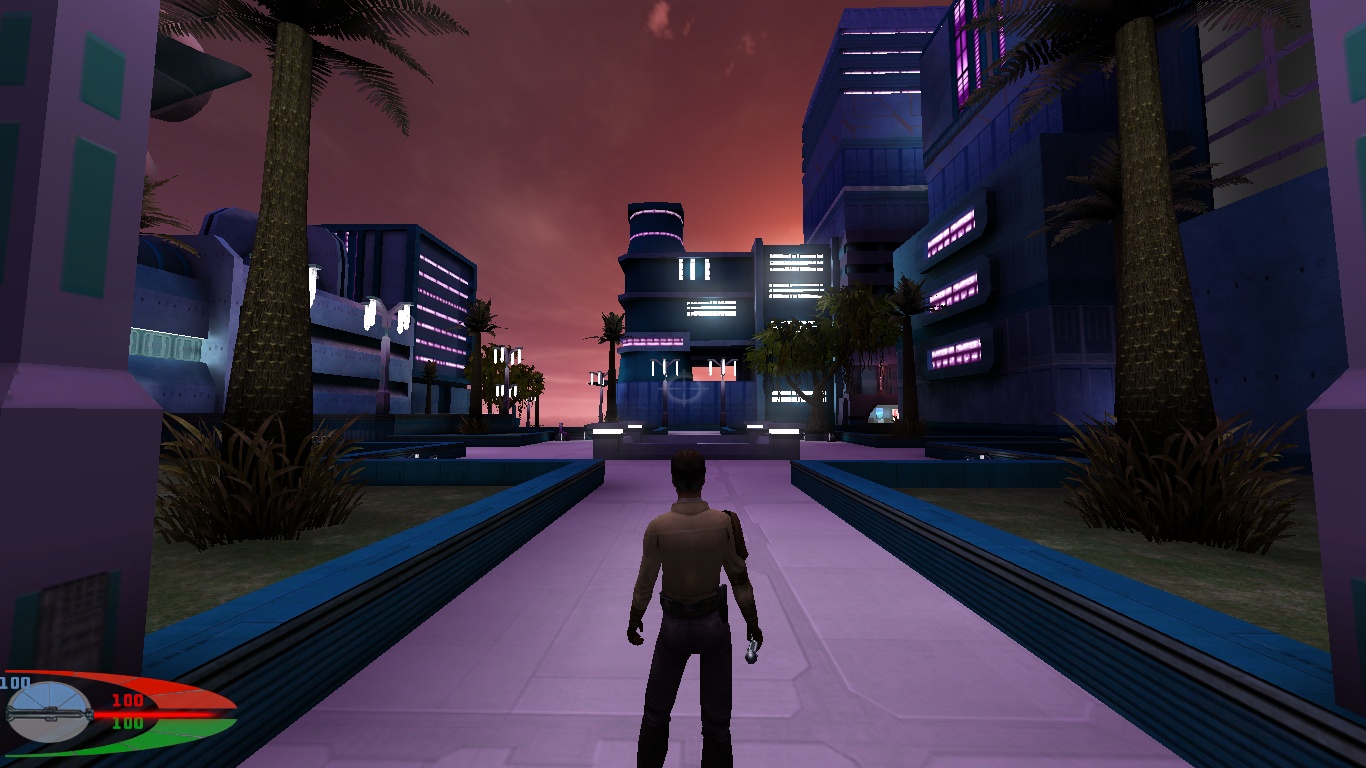 Moving forward means, that Chapter II is in the works now. It's worth mentioning, that it lacks the same action against the Imperials and brings in three different missions, taking place on Anarmar, Dantooine and Sulon, with the latter two being complete. It also introduces several new factions, with one being the Areem Corporation. This means encountering new enemies and talking to new people. These missions also get you to meet old friends. 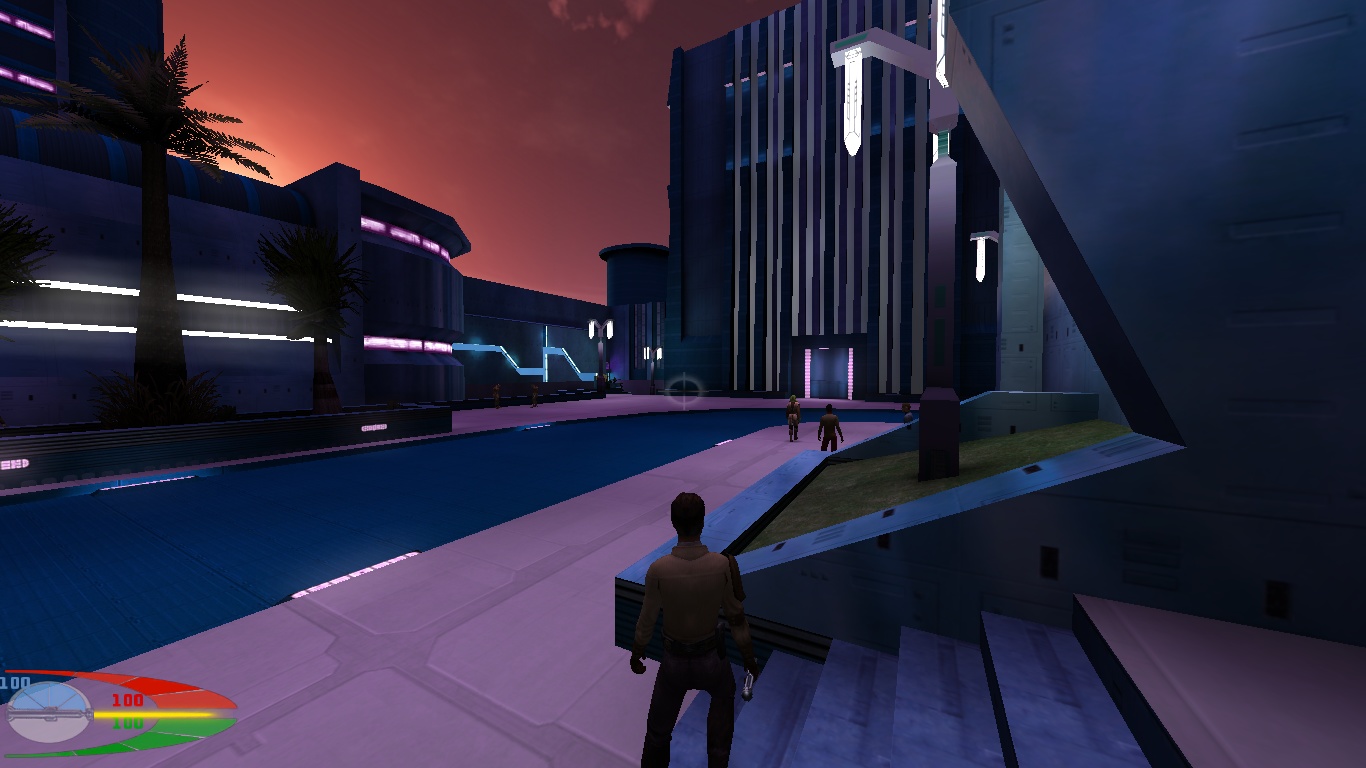 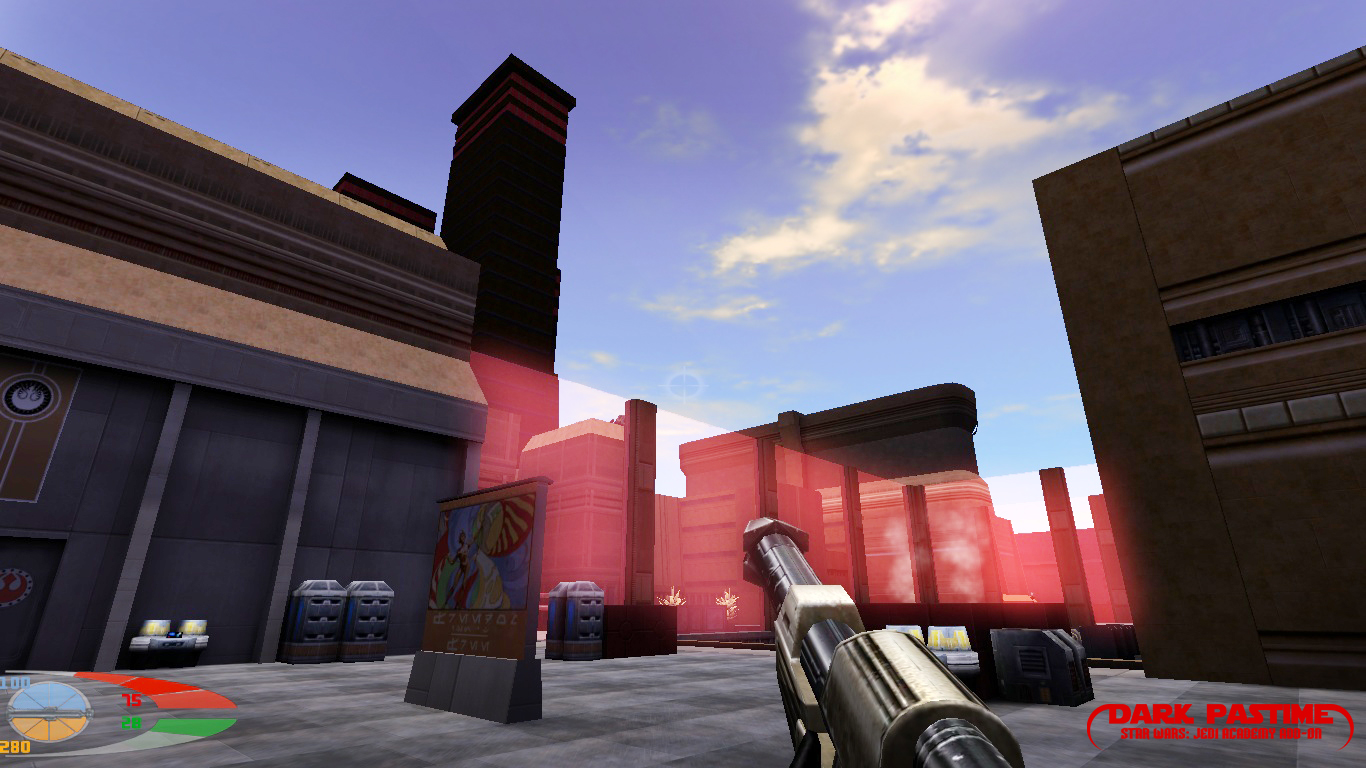 Sulon's capital is no longer under Imperial control.

The Dark Pastime Chapter I is out

After thorough testing and fixing, Chapter I of The Dark Pastime is finally ready for download.

Introducing a few new characters for DP – the Sith master Darth Whirmah, hailing from the world of Dromund Kaas. The other one is the LEP Assistant...

The "Article" – a post about the work on DP in the last months (including the "Forest" map news).

Some people asked for help and tips for DP Chapter. If you're stuck, this guide might help you.

The team of Dark Pastime Modification proudly presents the first of our models to be released - 2-1B Medical Droid.

In progress. 🧐 Working right now. Thanks for your kind words!

Judging from the new screenshots, chapter 2 looks amazing! Is there any news on the next maps? How is development going?

Thanks! Finished 2 planets, one more to go – it includes several maps. I wish we could work faster, but the team is small.

Finally some good new screenshots. Is this a new planet from Chapter 2?