The Dark Army has grown-up recently; today, you'll finally read the new Q&A Interview, the second one (the last one was on November). After more than eight months of development, I have found a solution relative to the Weapon Flashes bugs I talked about in the last Status Update, with the help of C.Z.R., another developer, who's actually working on another mod, named RtCW Remake Mod. Following the fix of this bug relatives to weapon flashes, I decided to remake "again" all the guns of the mod. The new FG42, in The Dark Army.Read this totally new and exclusive Q&A Interview about The Dark Army mod on the mod's website, on Wix. More than twenty questions and answers, with a lot of revelations about the project's development, its situation and what it is going to be in the futur. 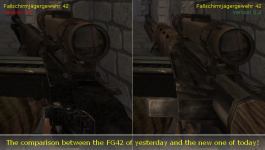 A bug about the Weapon Flashes appeared in The Dark Army mod, while I was modelling the new guns. It started in January, and I didn't find any solution.

Then, in my last post, I talked you about a poll I did on Facebook, to know if the players are thinking it is important. Of coure it is! Then, I had this problem for a little while, without finding any solution. Then, I asked to C.Z.R. (who's actually working on another mod, named RtCW Remake Mod), what to do, because he has new weapons too.

With his help, following his tutorial, I finally fixed the weapon flashes bugs with a program called "MilkShape 3D". So, now don't worry, I fixed the major problem of my mod, and then you won't have to worry about this anymore. Thanks to C.Z.R. again.

Once I had fix the gun flashes bugs, I decided to re-make (again) all the weapon models of my mod, before continuing the development. Then, you can see, in the pictures below, the new guns. 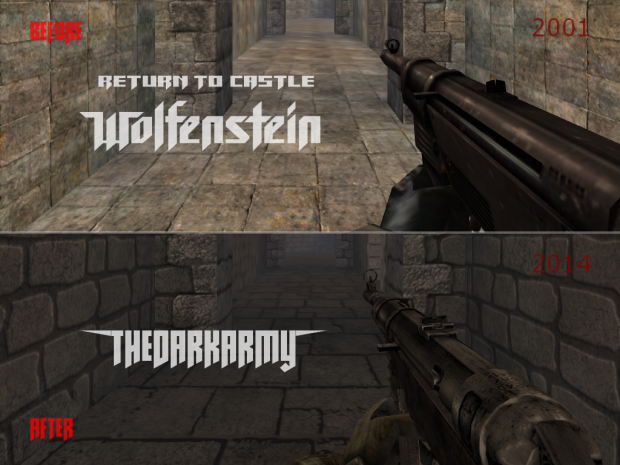 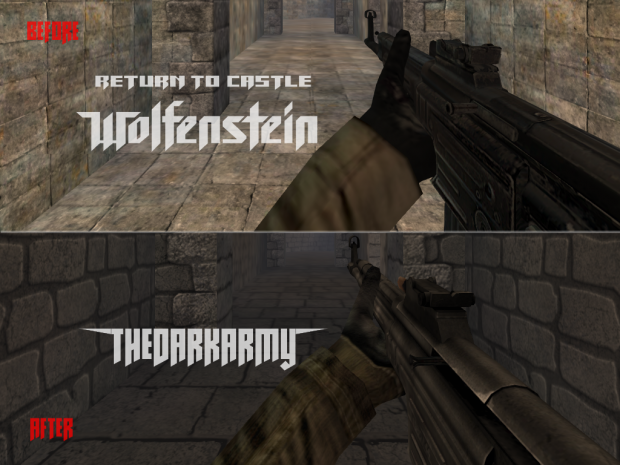 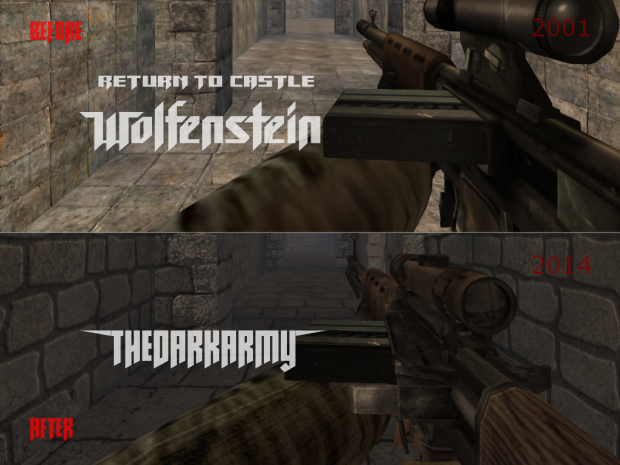 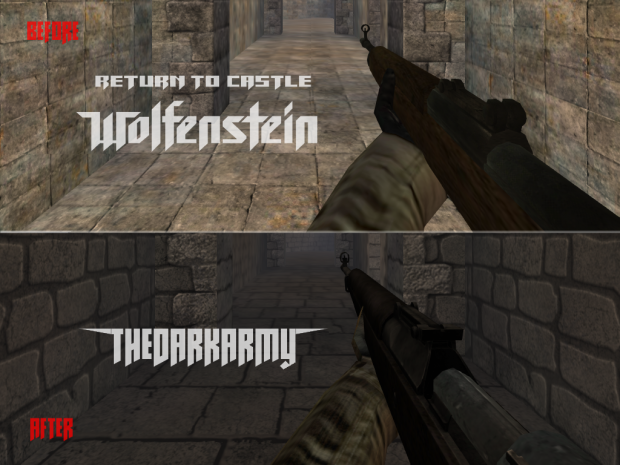 A detail and comprehensive modding report! God job! I suggest u to show a video of gameplay demonstration to show off your new weapon models after u have done adding and fixing all the new models! I'm sure many people out there will be happy and more people will be attracted to follow your mod.

Thank-you. If your read the latest Q&A Interview of The Dark Army mod, you'll learn about my plans about gameplay videos and more. I'm previewing two gameplay videos in the same time on next July, for the first year old of the project. For the moment, even if the project is already eight months old, I can't show too much about the mod. Hope you understand it. Maybe I'll make a new trailer for next May, don't know. Thanks again for your support my friend.

Well, its your decision bro. No need to hurry to show videos. Keep on with the current pace of your modding progress. At least you are showing us your inspiring modding progress quite often(screenies, news update,Q & A interview). So far you are doing good. Love to see your commitment! Will always support you and the other two guys for the sake of this wonderful game! Long live rtcw!

It's also nice to know you already working closely with C.Z.R. I'm pretty sure your mod will progress steadily towards final release this year with you and the other two guys working together in rtcw modding.

He gave me support when I had this Gun Flash problem. He's really someone cool.