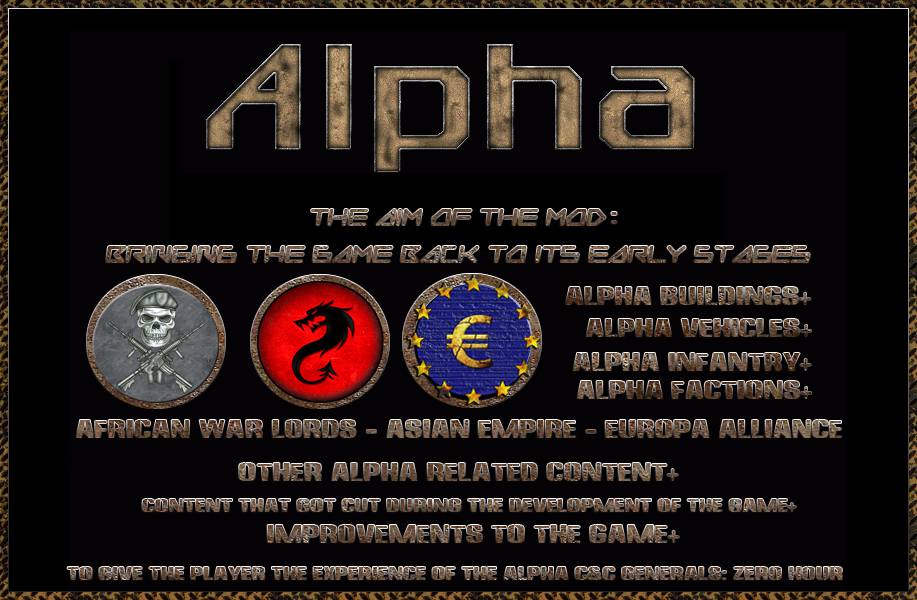 After more than 5 years, the mod reached a point where I consider it finished (kindda) 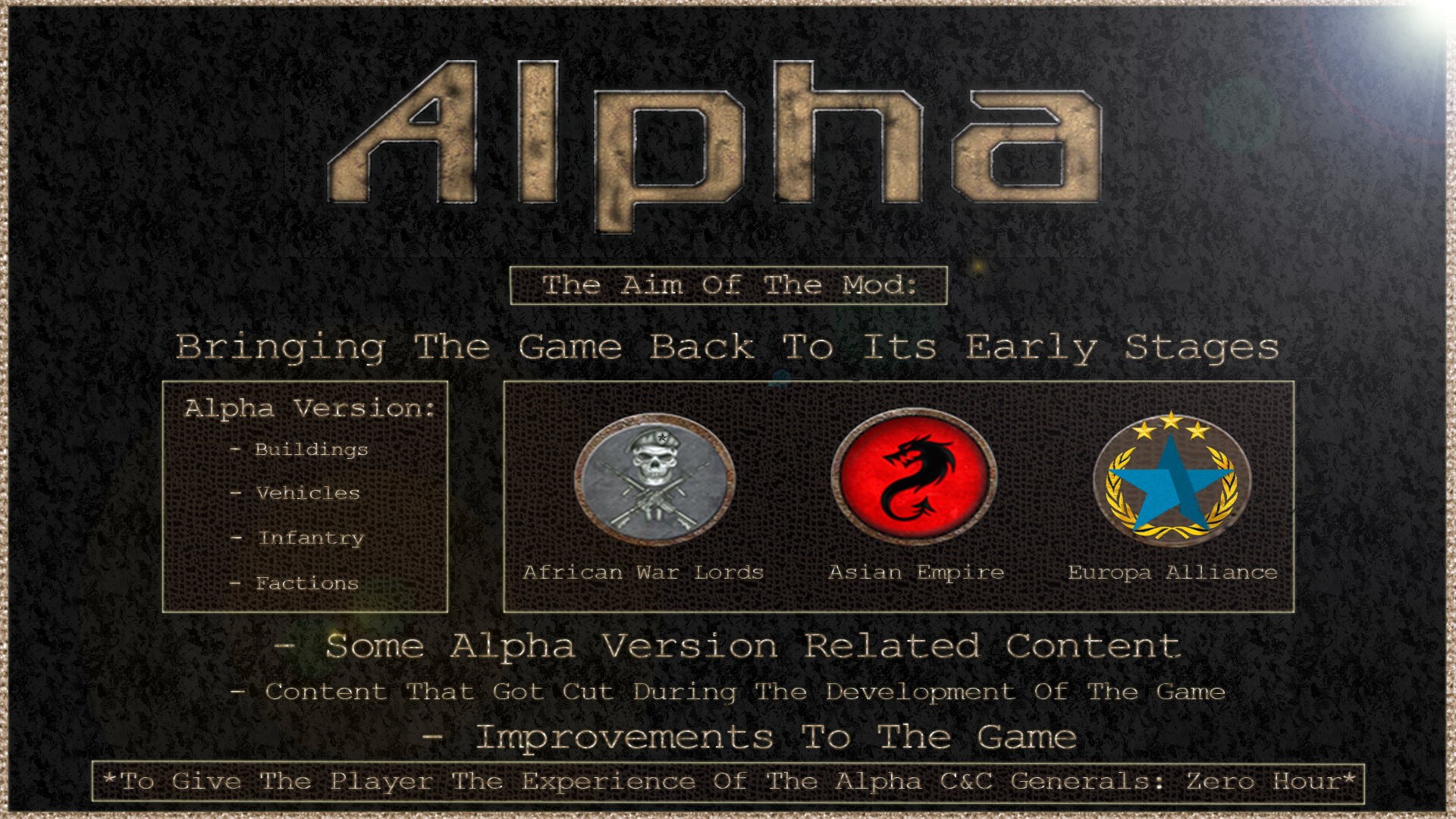 Those were the headlines which this mod started to achieve, and today with this release I think it managed to achieve most (if not all) of them, simple goals but were only reachable by hard and passionate work. 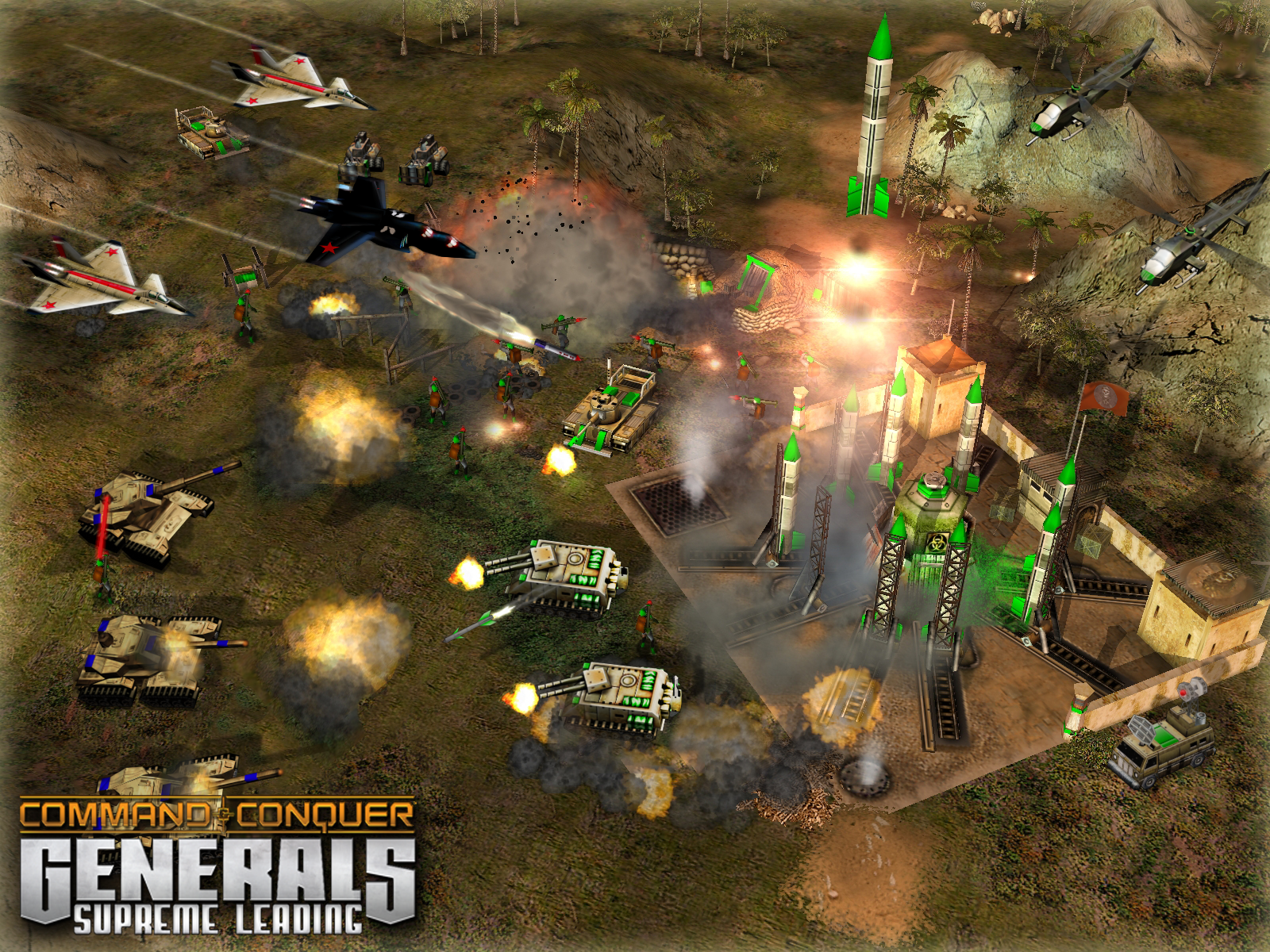 With Version 2.0 release I'm proud of what the mod has reached and evolved into, Especially because it was a very close project to me because of my love to the C&C games and Generals in particular so with working more and more on this project it felt like participating in reviving a great game that deserves to continue for years to come. 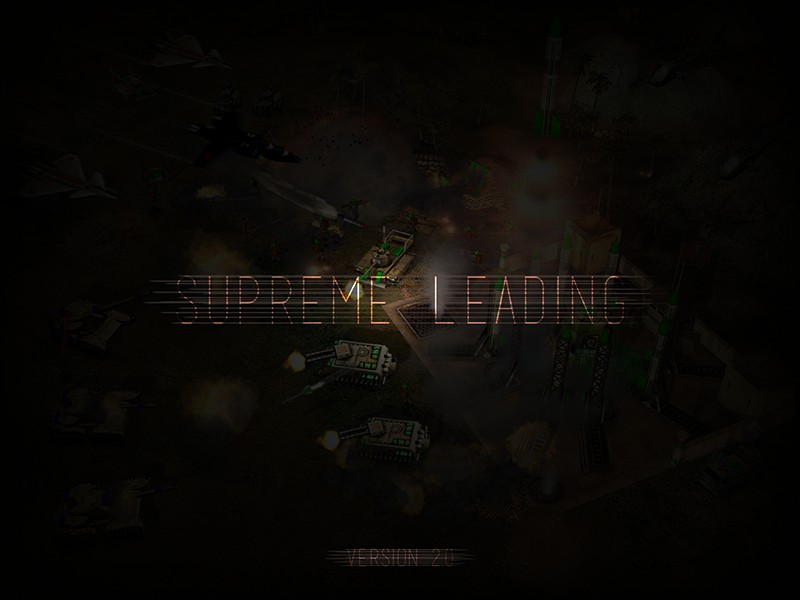 I know that many people waited for this release and I'm sorry for the delay but unfortunately live gets in the way, Although I'm releasing V2.0 of the mod today it's not 100% complete the remaining things to do are included in the To-Do & Known Bugs text file not a very long list with minor stuff left just wanted to include it to show what I had in mind.

Unfortunately this is the final release of the mod because I no longer have the time( or the will) to continue, but I will be more than happy to hear your thoughts about the release.

This release has lots of new content and improvements and bug fixes for a more enjoyable gameplay experience.

And more changes that are minor or that I can't remember.

Finally, after years of making Supreme Leading V1.0 is released.

Showing the progress of the Mod in its current state.

Resuming the work on the mod. I know that it's been a while but I'm back.

Version 1.1 comes with changes and bug fixes. Play and enjoy.

Finally, after years of development, Supreme Leading V1.0 is released.

Nice mod, has some neat features!

Thank you, Have fun with it.

Thank you, I hope you enjoy Version 2.0

we will have some sneak peak reight?

Sure, there will be some but not at the moment, because I'm more focused on the development of the Mod for the time being.

I was wondering if you have Discord for the mod.

Not at the moment, Maybe with Version 2.0 Release?

Hey there, very cool stuff. I was wondering about the USA buildings you use - are they the reworks of either Dr. Evil or acidbrain?

Glad you liked it, And Yes, i believe that some of them are but a lot of the creators never really attached their credits consistently to their models making it hard to find out who made what and properly credit anyone (especially because some of these old models were released for public use on old forums that don't exist anymore), but most of the 3d models of the mod were either reworks of the original EA models (from generals alpha 98 build: Moddb.com) or were made from scratch by me.