THIS IS A MOD OF RISE OF THE REDS! Rise of the Reds is a great mod made by our friends at SWR Productions. Check it out here!

This mod is an Overhaul-style mode of ROTR - a reimagining of the formula in a more balanced and fun way for online play. It adds many new units and abilities more balance changes. The aim of the mod is to change the way you perceive the gameplay of Rise of the Reds 1.87 to something that is more similar to Zero Hour and other classic C&C games.

In the new RC1.0 Version, there will be 15 Generals for you to play with, from the Russia's Zhukov with his Tactical ICBMs of Doom, to sneaky Secret Police Jin, he is always on watch.

This patch can only be played online if all other players have the patch. This patch will not corrupt your 1.87 installation - the Babushka's Revenge launcher is completely compatible with original ROTR and all other SWR mods like Shockwave.

Q: Me and my friends are having mismatches? What's wrong?
A: Check your versions before you play. Everyone should have the latest version. That is usually the issue but sometimes the mod mismatches due to having AI. Finally, sometimes the game mismatches for misc. reasons. There's not much you can personally do about that (or I for that matter)

Q: The mod is looking really weird... all the UI is screwed up...
A: Usually the issue is either some sort of WIDESCREEN addon. Remove any widescreen addon and browse the addons section for BR-compatible widescreen addons. For example there is the official widescreen addon from ROTR.

Q: Where are the 15 Generals? I'm in Skirmish and I can only see the original 5 factions.
A: The generals are found in-game, select them from your command center.

Q: Will there be a campaign/challenge mode?
A: The answer is it is PLANNED.

Q: Will there be navy?
A: Maybe... it's unlikely you will see new maps, and the full navy roster would take a long time to fill out due to lack of models and hard to balance nature of it. However you can be sure they will appear in some missions ;)

Q: This thing is unbalanced or something? WTF?
A: If you have any sort of balance concerns of any sort, use the Babushka's Revenge discord, in the pvp-feedback channel. However, keep in mind that there is a general design philosophy behind the creation of this mod and we reserve the right to all changes of course.

Q: Is there/Will there be new Tech Buildings?
A: Yes. no i'm not gonna spoil them here ;)

Q: Will there be new epic units of some sort?
A: Probably not. There is very little space for epic units in Skirmish/Multiplayer modes but you may see them in future campaign missions or custom maps.

Rise of the Reds: Babushka's Revenge 1.1 will ship, today at 5PM UK TIME. 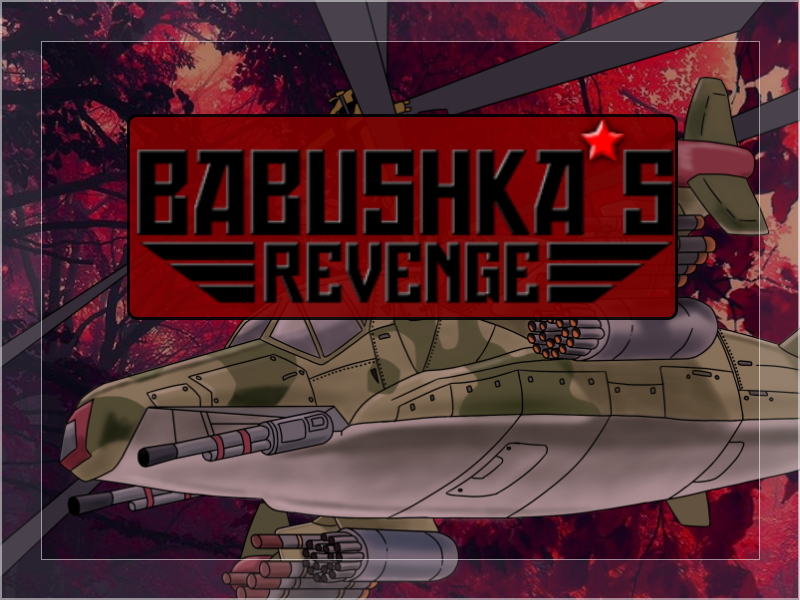 Get it from the link below:
Rise of the Reds: Babushka's Revenge

There's not much to be said that hasn't been said in the previous Dev Talk.
Long story short, I'm moving onto other projects.

I hope you enjoy Babushka's Revenge, and I will see you all soon!!

Just my end-of-year thoughts. A lot of development talk and a lot of other information.

Upgraded Widescreen Command Bars and UI fixes for the Rise of the Reds mod. Updated 11/05/2021

Custom Map based from Red Alert 2 Soviet Mission 11, Made by RedDeadSmeg and converted by me

Rise of the Reds Generals Icons

Customise your Icons using the official Rise of the Reds Generals Icons.

This is a sub-mod for ROTR, not Shockwave. You'd have to run either mod's launcher separately. You can have both installed (though I find big mods break things and recommend GenLauncher) but that's not really "on" Shockwave just beside it.

is it normal for the china ai to be so ridiculous compared to the other teams? on medium as usa i can't beat it at all because he chooses the general that gives access to those nuke bombers every time and they wreck your whole army easily. as eca it's a bit easier because i can just choose pandora and spam solaris relays so i actually managed to beat it, but by the end it said he made like 950 units compared with my 40. maybe it depends on the map but it seems a little broken to me

Will there be plans of adding some of the units from ROTR to the specialized generals? Like Partisans and Stinger soldiers to Kassad, or Recycler (with an option to pick all the 8 salvages) to Deathstrike. Or even Neutron nuke pick ups or dirty nuke pick ups for Jhuziz?

I might address this in future patches. Stay tuned.

For whatever reason, this game crashes the moment I win a battle against the USA general.

Hey, i have a small question if possible to answer. Considering that you need to have Rise of the Reds installed anyway, is it possible to edit the files in a way that "map animation" in the main menu will be the one from Rise of the Reds? (Attack on Russian base by USA and China, instead of USA/China base defending from GLA attack)? It feels more fitting all things considered.

Yes you can, you simply need to change the address of the shellmap in Gamedata.ini

hello again I'm here to say to you the next update will be soon you will update the next mod of a mod?